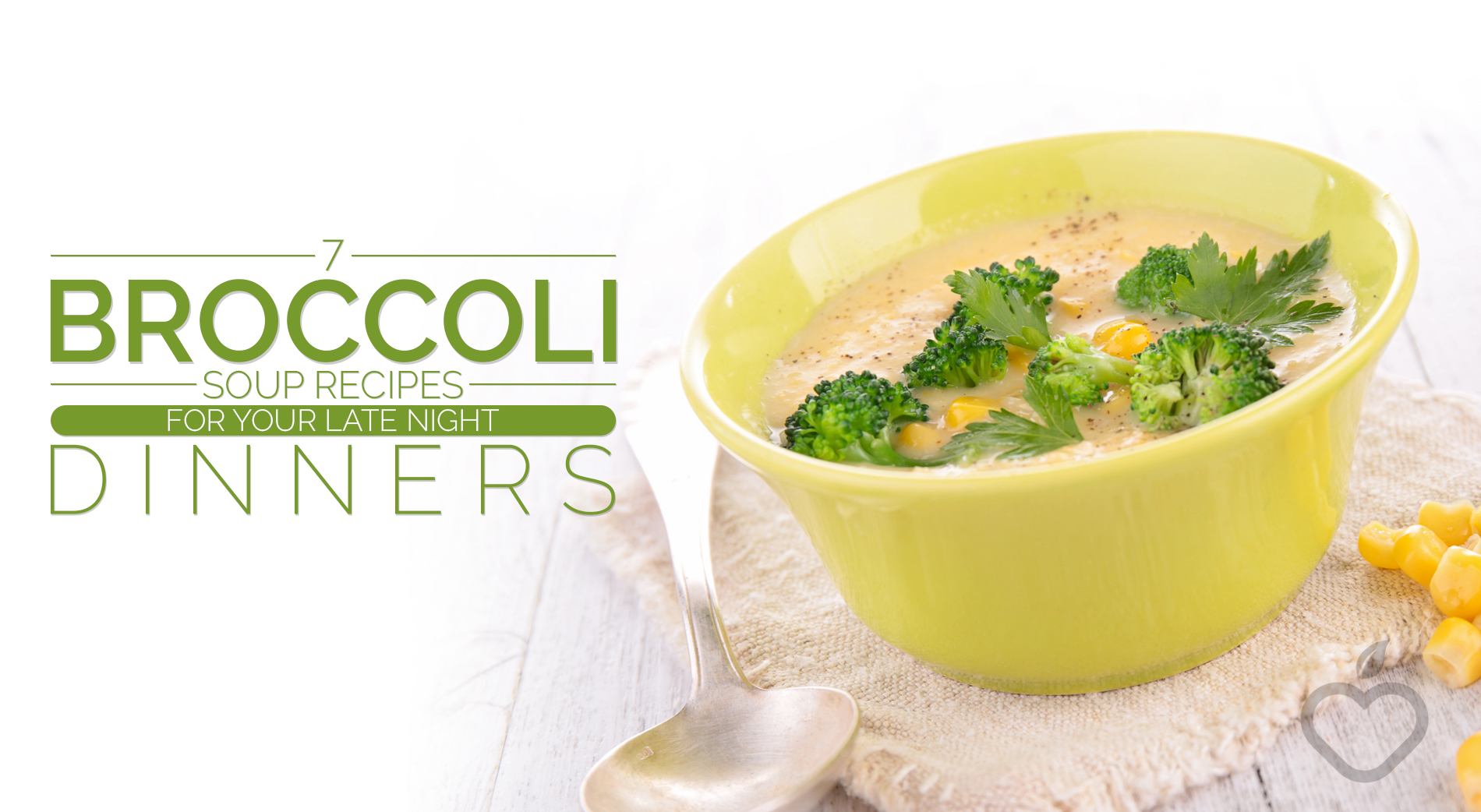 What can you do with broccoli? It’s one of those vegetables that you know is good for you but you just don’t know the best ways to eat it. You want something that will lighten up your day and leave you feeling satisfied. This isn’t always easy with the dark leafy greens.

Broccoli is one of the most troublesome. We eat it raw with dips a lot, and it’s often steamed with carrots and cauliflower, but what about something exciting?

How about making some broccoli soup? At first, that doesn’t sound so interesting, but you can add all sorts of other vegetables and ingredients together to make your soups stand out! Here are seven that you need to try for your late-night dinners.

One of the best things about the soups is that they will be easy to freeze and store. You can bulk make your soups and have something to reheat when the time comes quickly.

Start with a Cream of Broccoli Soup 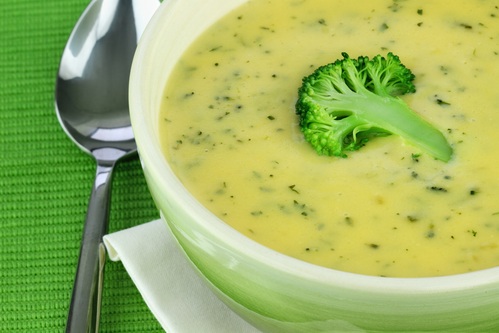 There’s nothing simpler than a cream of [ingredient] soup. In this case, it’s cream of broccoli, although it does include other vegetables. This can be turned into a vegan soup if you’d like by substituting a few of the ingredients. I’ll share those substitutes in the ingredient list.

This is delicious with a few slices of buttered bread. You could also add some croûtons to the soup if you want a little bit of crunch.

While the above recipe can be made vegan, this one is designed specifically for a vegan diet. It’s a delicious way to get a creamy mixture without the hassle of finding substitutes all the time. You’ll also make your own croûtons to go into the soup for that bit of extra crunch.

Ingredients for the Soup:

Serve with the broccoli croutons in the middle on top of the soup. You can also add some black pepper and vegan cheese if you’d like. This is delicious when served with crackers or bread. 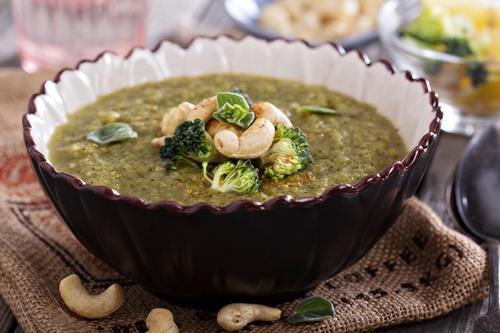 Broccoli and cheese are two commonly placed together ingredients for soups. You will often use Stilton or another blue cheese, but you can use any type of cheese you prefer. This recipe calls for cream cheese!

It’s time to cook your soup slowly. You can set it all up before you leave the house and have it ready when you’re in from work. Oh, how crock pots are among the best inventions ever made!

It’s best to get a block of cheese and grate your own. While you can buy bags of grated cheese, it is usually covered in starch and doesn’t melt as well as blocks of cheese in the soup.

Bacon, Broccoli, and Cheese Soup for a Bit of Meat

When you want some meat in your soup, you may think that broccoli isn’t allowed. Well, that’s where you’re wrong. The vegetable works extremely well with bacon and here’s a delicious option. Turkey bacon is used in this recipe, but you can use any type of bacon that you want.

You can add more milk or broth if you find the sauce too thick. If you want, you can also puree some of the vegetables down, but this soup works better packed with whole vegetables for a more filling soup. 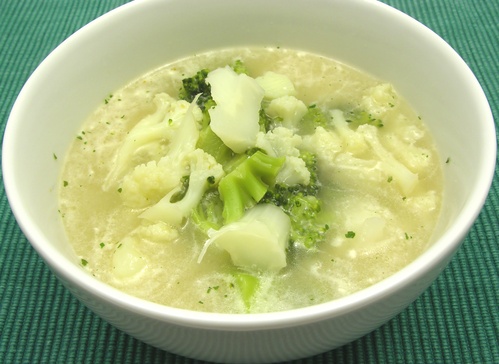 The above soup is delicious, but it can have a few too many vegetables for some people. You may not want something that can mask some of the taste of the bacon. That’s why we have this second broccoli and bacon soup for you to try out.

One of the best things about this recipe is that it won’t take long to turn it into a vegan-friendly soup. You can use a milk substitute and vegetable broth with ease and just cut out the bacon. You may find that soy milk is better than a nut milk to work with the vegetables.

We’ve looked at vegan options but what about paleo options? This soup is perfect for those on the Paleo diet, as there are no refined ingredients at all.

Some people prefer a few chunks in their soup. If you like this, puree about three-quarters of your mixture and leave the rest to add back into the liquid. You’ll still get a creamy texture in the three-quarters of pureed veggies.

Coconut Curried Broccoli Soup for Something a Little Different 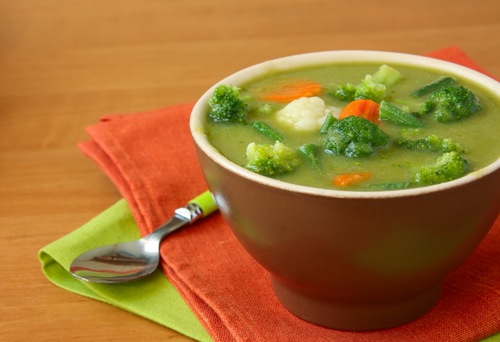 The recipes above have been very similar in nature. You’ll see many of the same vegetables and spices added to the list. Well, now it’s time for something a little different. This curried soup uses plenty of herbs that are traditional with the Eastern world. Don’t forget about some ginger and jalapeño pepper to finish it off!

Serve with some fresh cilantro over the top and some black pepper. The kids will love it and won’t even realize that they’re getting their broccoli intake from the taste of it all.

Create Delicious Broccoli Soup Every Day of the Week

There is something for all needs and interests above. You can create a delicious vegan soup without hassle or make something that will be ready for when you come home from work. Don’t forget to try out different milk alternatives to find the one that tastes best to you.

Which broccoli soup will you try first? Share in the comments below!

Cure Everything with These 15 Essential Oils – Infographic

12 Power Foods to Eat Before and After Exercise – Infographic