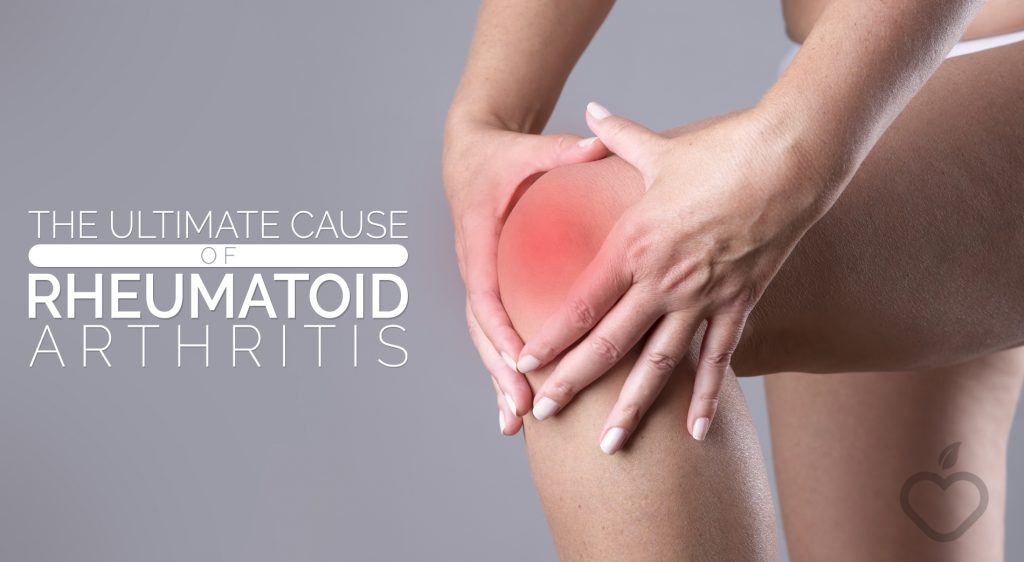 Do you suffer from rheumatoid arthritis or know someone who does? If you answered, “yes” to one of these questions, you might be curious about the ultimate cause of rheumatoid arthritis. Today, we’re going to discuss this cause. Our facts come from authority resources, so they are very trustworthy. We want to provide you with current and accurate information which helps you to understand this common health problem in more depth. 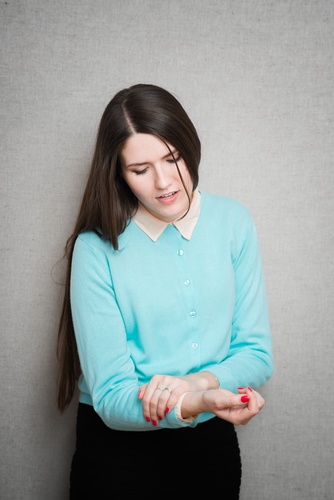 What isn’t fully understood is why the immune systems of some people malfunction and trigger the disorder. There is some evidence, which is backed up by clinical studies, which indicates that immune system malfunctioning may be linked with genetics, hormone levels, and environmental elements.

For example, studies have demonstrated the people who have genetic markers (HLA epitope markers) have five times the chance of suffering from rheumatoid arthritis, versus those who don’t have the HLA shared epitope marker. This marker is responsible for immune system responsiveness.

HLA epitope isn’t the only gene which is involved in the development of this form of arthritis. Other genes which play a role include STAT4, which regulates and activates the immune system, as well as C5 and TRAF1. These last two genes are linked with inflammation which is chronic.

Also, the PTPN22 gene is linked with getting the condition and with its progression. However, some people have these genetic markers and don’t get the condition.

At present, scientists and medical experts are delving deeper into the possible causes of rheumatoid arthritis. Some other possible causes which are being studied include viruses and germs. Both may spark the development of the disorder in people who have genes which put them at higher risk. As well, the role that female hormone play in the development of rheumatoid arthritis is being researched. Currently, seventy percent of rheumatoid arthritis sufferers are women. Also, research is exposing the role of environmental agents which may raise the risk, and these include tobacco smoke exposure, pollution in the air, as well as exposure to insect-killing chemicals (pesticides) and on-the-job exposure to silica and mineral oils.

The Centers for Disease Control estimate that one and a half million USA citizens suffer from rheumatoid arthritis. It’s much more common in females, as we already mentioned, and a total of four percent of USA females will get a diagnosis of rheumatoid arthritis during their lifetimes.

In general, it’s diagnosed more often when people are forty years of age or older. However, younger people and kids get it, too. Overall, most sufferers are over the age of fifty-five, and they are female.

This condition is a disease of the autoimmune type. In a healthy body, an immune system will find and get rid of foreign substances, including germs and viruses. With autoimmune disease, the body makes an error. It thinks that the body’s own cells are harmful and attacks them. This means that it’s attacking cells which are healthy and beneficial, rather than “invaders” which are bad for the body.

With rheumatoid arthritis, the immune system targets a joint-lining membrane known as the synovium. When the attack happens, this membrane swells up and becomes damaged. In time, cartilage in the joints may be subject to erosion. This may trigger joint destruction or deformity, or impaired joint function.

It’s also possible for rheumatoid arthritis to negatively impact a range of other organs, including the blood vessels, the heart, the lungs, the skin, the eyes and the mouth.

This disease is chronic, no matter which factors bring it about. Those who have this autoimmune disease will always have it until a cure is found. However, it’s a spectrum. Some people will experience symptoms which are mild or moderate, while others will have severe symptoms. Usually, people don’t have symptoms all the time. It’s more common to have attacks which are followed by symptom-free phases, which are referred to as remissions.

This disease does tend to worsen as the people who have it get older. It’s best to get it treated early, as early detection and treatment may inhibit joint damage for a long period of time. However, it’s never too late to seek out treatment! There is always hope, and there are ways to feel better.

For example, doctors may prescribe disease-modifying medication (DMARD medication). This type of prescription-strength medication will make the disease progress at a slower rate. It will also help to keep joints in good condition for longer and prevent other types of tissue from sustaining irreversible damage.

There are quite a few DMARDS available, and a few examples include Rasuvo, Arava, and Trexall. If you have RA (rheumatoid arthritis), you should talk to your doctor. He or she will be able to choose the prescription medication which is best for your needs. 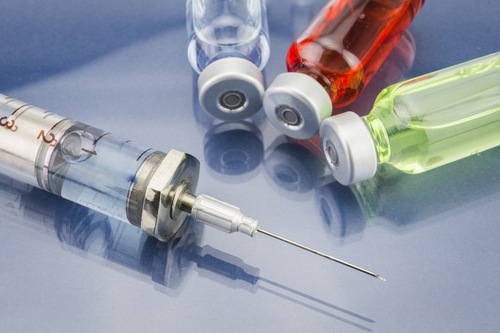 These types of medications work all over the body, and they may trigger side effects. Some people vomit or suffer from gastrointestinal distress, whereas others experience liver health issues while taking DMARDs. Blood issues may also occur.

Over-the-counter medications are also used to treat symptoms of RA. They include NSAID-class OTC drugs, such as Advil and Aleve. There are more potent NSAIDs which are available by prescription only. Sometimes, these medications cause side effects, such as tinnitus and stomach upset.

Another treatment option is steroids. For example, prednisone, which is a corticosteroid, is utilized to decrease swelling and discomfort and to inhibit the development of joint damage. Like all other medications, steroids may trigger side effects. One side effect which is linked with prednisone is weight gain. There are others, too.

How to Limit and Prevent the Causes 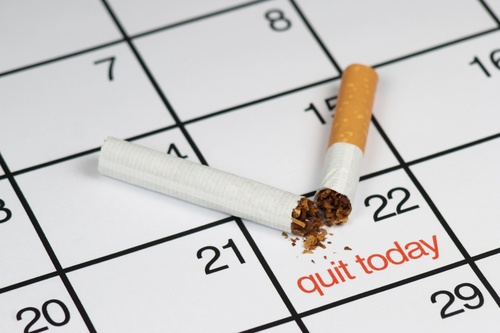 Limiting exposure to environmental factors which are linked to the development of RA will be wise. It’s probably one of the smartest ways to protect yourself from developing the disease, particularly if you have genetic markers which make you more likely to suffer from rheumatoid arthritis. As we mentioned earlier, industrial exposure to mineral oils and silica should be avoided.

Also, stay away from cigarette smoke, even in the form of secondhand smoke. If you live in an area with a lot of air pollution, you may want to consider moving. At the least, monitor air pollution levels online and try to stay indoors when air quality is very poor. Lastly, stay away from insecticides. If you need to kill insects, look for holistic products which don’t raise the risk of developing rheumatoid arthritis.

You can’t really change your genetic markets. You have them, or you don’t. So, you’ll need to focus on prevention via other means.

Regular check-ups at your doctor are really your best line of defense. It’s not possible to stop the disease from starting, but early detection is the key to managing the condition well and saving your joints for the future. You may reduce the risk by avoiding environmental factors. However, in some cases, that’s not enough to stop RA from developing. Every person is different, and many aspects of why RA happens are still not completely understood.

If there is a family history of rheumatoid arthritis, you’re probably at higher risk. Also, if you’re female and over the age of forty, the risk is higher. Either of these circumstances should inspire you to schedule regular checkups. Talk to your doctor about your concerns about rheumatoid arthritis. When he or she knows that you are worried about it, he or she will be able to do the right diagnostic tests and ask the right questions. Your doctor needs to know that you are concerned about getting this condition. 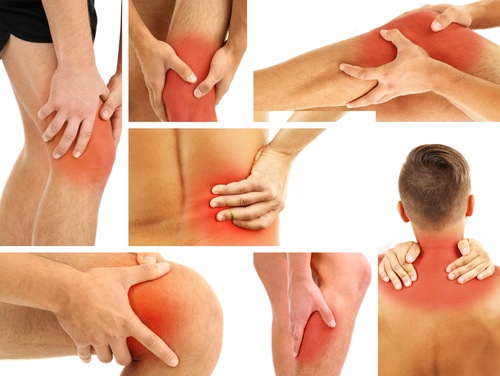 If you do notice symptoms, remember that you are not alone. It’s quite unlikely that there is much that you could have done to avoid the condition unless you smoked heavily or exposed yourself to a lot of air pollution, secondhand smoke or industrial chemicals. Some people who lead very clean lives get the condition. They are just unlucky. If you are diagnosed with RA, don’t despair. Don’t focus too much on why, as medical experts are still trying to figure out exactly why this autoimmune disease develops. If you have the basic facts about the ultimate cause of rheumatoid arthritis, which we’ve shared here today, you are informed. The next step is finding the right treatment for your needs.

Your doctor will put together a treatment plan which is right for you. You may also want to consider some lifestyle changes and alternative therapies. For example, some people who have arthritis stay away from nightshade vegetables, which tend to trigger inflammation. Some avoid meat, too, for the same reason. There are powerful anti-inflammatory foods, such as olive oil, spinach, Kale, salmon, cherries, tomatoes, and oranges. Adding more of these to your diet won’t prevent the disease, but it may make it less uncomfortable. Plus, these foods will be great for your overall health.

Talk to a Doctor Today 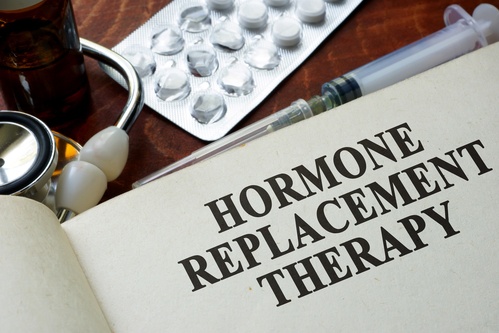 This health problem is responsible for a lot of stiffness, pain, and swelling. It’s quite unfortunate that there isn’t a cure. However, the medications which are utilized to treat this common autoimmune disease are something to be grateful for. As well, we should be grateful for all the research that takes place, which helps medical experts to understand the disease better. As technology and medical research advance, we may expect to find more answers about the ultimate cause of RA. For now, doctors and other medical experts have some facts to work with, as well as some logical theories.

Prevention is mostly about early detection and avoiding the obvious triggers that we’ve mentioned here. While hormones may also have an impact, most people don’t play around with their own hormone levels, so this is something that you’re likely to do, either. If you think there is a link between hormone shifts and your RA symptoms, speak to your doctor. He or she may have some treatment options. For example, some women who have RA experiment with hormone replacement therapy to reduce their symptoms. This type of treatment for RA is relatively new, and results are mixed. There are also risks associated with hormone replacement therapy.

Hopefully, this detailed guide has helped you to understand why this disease is likely to strike. Whether the root cause is one factor or many may never be determined. What’s vital is understanding the facts that are known right now. After you do understand them, you’ll be ready to get proactive about your health. This means seeing a doctor, eating a healthy diet, getting regular exercise, staying hydrated and generally boosting your general health, so that you can fight back in a strong way if you do develop these diseases.

Also, be sure to follow your doctor’s instructions. While alternative therapies may be effective, we think that “doctor’s orders” are the most effective treatment options. Doctors have been helping patients with this disease for decades, and they know which treatments are most sensible and beneficial. While some trial and error will be needed, working with your doctor by following instructions and tracking your results will boost the odds of you’re feeling better over the short and long term.

If you have RA, your doctor will see you regularly to monitor your condition and adjust your treatment plan. It’s all about making you more comfortable and slowing the progression of this autoimmune disease. Now that you have up-to-date facts about why this disease happens, as well as plenty of facts about symptoms and treatments, you’ll have a deeper understanding of RA. No one wants this disease. However, it is possible to manage it, and early detection is the best way to ensure that your tissue and joints stay healthy for if possible.

All You Need to Know About Pets Improving Your Health

9 Foods to Help You Get Enough Zinc – Infographic