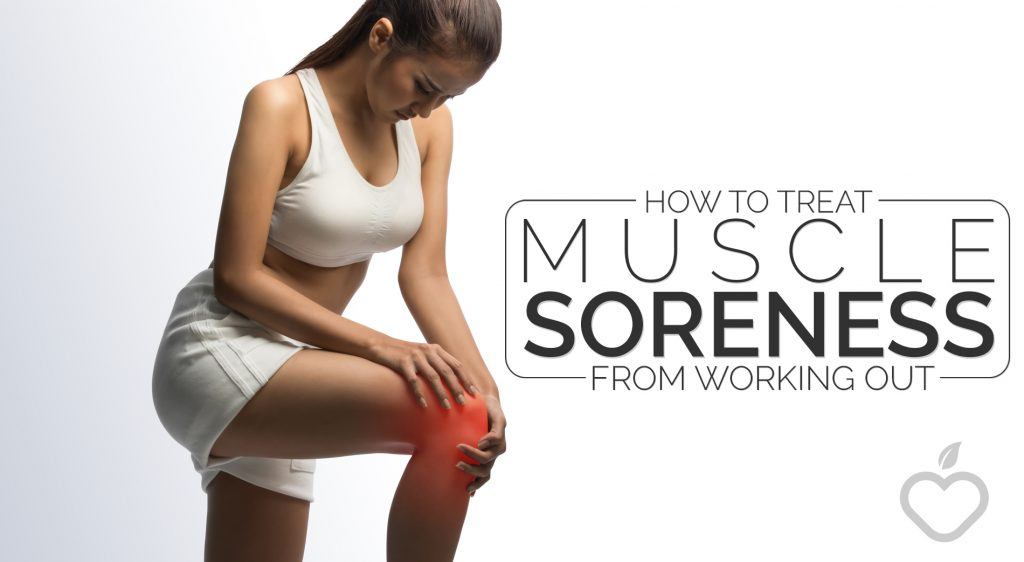 You have most “felt the burn”.

Anyone that’s ever pushed themselves through a grueling workout (including first-timers to the gym and those that have recently discovered the fun of sports for the first time out) know exactly what it’s like to feel a little bit tired come a little bit rundown come in a little bit fatigued immediately after the workout, only to wake up the very next day with almost no control over your muscles and feeling like you had been hit by a tractor-trailer.

Muscle soreness is incredibly debilitating when you decide to push yourself past when you once thought were physical limitations, and athletes must make sure that they do absolutely everything they can to reduce the amount of muscle soreness they get from working out so that they are ready to get right back after it during their next training session.

“Regular folks” also must be able to banish as much muscle soreness from their lives as possible, as there’s no way that you want to have to duck walk into work after leg day!

Most people do their very best to just “grin and bear it” when it comes to fighting muscle soreness, just excepting that without pain there isn’t any gain or something like that. Truth be told though, there are plenty of different things you’re going to be able to do to eliminate as much after workout muscle soreness as humanly possible – and most of these approaches are simple, straightforward, and effortless to put into action.

All you must do is check out the inside information we have for you in this quick guide, implement as many of these approaches into your daily workout as possible, and before you know it (almost immediately, as a matter of fact) you’ll no longer be struggling with debilitating and crippling muscle soreness any longer.

It really doesn’t get much better than that now does it? 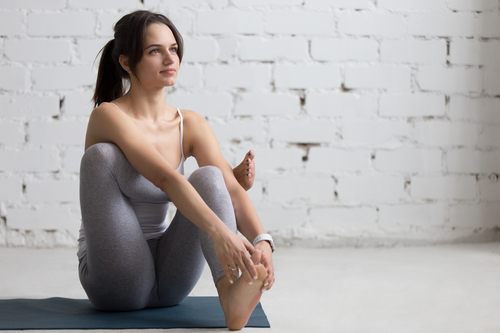 Believe it or not, the most effective way to make sure that you don’t wake up the next day after your workout with a tremendous amount of stiffness and soreness has as much to do with what you do to your body BEFORE your workout as you do AFTERWARDS.

Hydration is mission number one, as you want to make sure that your body is flooded with as much water as it needs to make the most of your training protocol. The overwhelming majority of folks out there today are walking around in a state of dehydration without even knowing it. We just don’t drink as much water as we used to come instead opting to pound coffee, soda, juice, and energy drinks.

By hydrating your body with nothing but good old-fashioned H2O you’re not only going to provide your body with plenty of water and fuel to get through tough for accounts, but you’re also going to keep your body cool and fight off inflammation, make it easy to shuttle protein and other critical nutrients to your target muscles, and flush out toxins that would otherwise stiffen your muscles and cause you significant pain.

Elite athletes understand just how valuable stretching can be when it comes time to fight back against injury and soreness, but a lot of “weekend warriors” and fitness into serious don’t stretch anywhere near as much as they could or should.

By stretching your body for as much as 20 minutes before you start to warm up and work out you’re going to be able to create a much more pliable muscular structure them the one you would have been working with otherwise. These muscles are going to be much more elastic, much more flexible, and capable of reacting to the stress and pressure of intense workouts a lot easier than those that don’t get stretched nearly as much.

You’ll also be able to increase the capacity of oxygen and protein your muscles can handle, to critical components of rebuilding muscles immediately after a workout while also improving strength and endurance along the way. 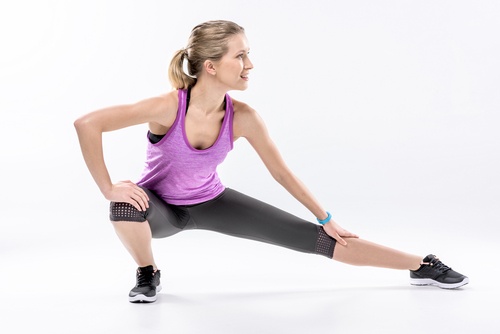 The last thing you’ll need to do during your pre-workout phase to fight off muscle soreness as much as possible is to go through some light exercises designed to warm your body out. The warm-up should be conducted immediately after stretching, when your body is at its most pliable and flexible, and you want to go through at least five minutes of 50% loads to really zap your muscles and wake them up.

Hammering cold muscles with a full load and high intensity is going to risk injury, but it’s also going to pour a tremendous number of hormones and biochemical into these target muscle groups. When that happens, your muscles will get that all too familiar “pump” so many are after, but you’ll also limit their motion, capacity, and ability to continue to work out.

Always (ALWAYS) go through a warm-up routine before you dive right in to the heavy lifting – no pun intended. 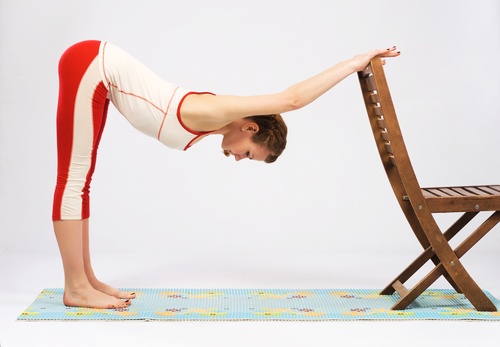 After blasting your body as much as you can possibly manage with a targeted training program you’re going to want to start to fight back against muscle inflammation and muscle soreness immediately after your training protocol has concluded.

Go through your traditional cold down (five or 10 minutes to relax your body and unwind from the stress that you have triggered) and then go through a similar stretching routine as your pre-workout routine that targets all the major muscle groups you hammered during your workout.

Integrate some yoga movements into your post workout stretching, and make sure that you do as many “hanging” movements (flex arm hang, reverse hang, “Batcave” hang, etc.) as you can while holding on for if you’re able to to really give your muscles and effective stretch and you work out as much of that inflammation as possible.

No, you aren’t going to feel like a million bucks at the end of your workout – especially if it was aggressive and effective – but you’re going to need to push through stretching progression if you are going to be serious about avoiding muscle soreness in the future.

Now is also a great time to get your hydration levels back out. You’re going to be running close to empty thanks to the sweat that you have been pumping out, so that means you’re not only going to need to hydrate with water you’re also going to need to get salt, potassium, proteins, and electrolytes back into your body rather quickly.

Post workout beverages do a fantastic job and recharging your batteries so that your body can focus on recovery and not replenishing your critical stores of these important elements, but even just drinking a little bit of lemon juice mixed into warm saltwater will give you a big bump in performance and avoid a lot of muscle soreness as well.

Throw in a Scoop or Two of Protein Powder and You’ll be On the Road to Recovery in a Hurry! 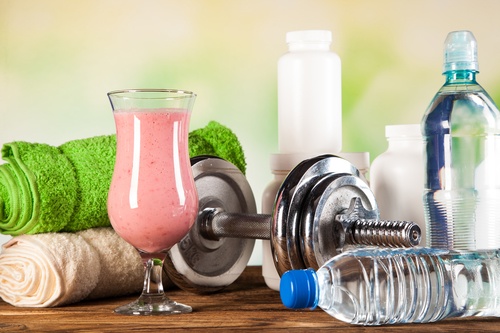 Obviously, there are plenty of other post workout options you must squeeze out as much information as possible including special post workout meals and snacks, taking a nice hot shower in the gym and another one later that day, and stretching out as much as possible throughout the day after your workout.

But the post workout approaches above are going to do the overwhelming majority of the heavy lifting for you when it comes to fighting off muscle soreness.

Fall in Love with Compression Gear and Ice Baths 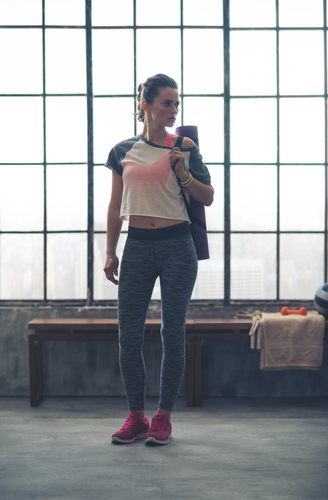 Compression gear (the kind of athletic clothing that turned Under Armor into one of the world’s biggest sporting goods companies in record time) has been proven to be tremendously effective at pushing back against inflammation, keeping your muscles warm and circulation moving, and giving you a buffer zone against muscle soreness that you just don’t get when you aren’t wearing this kind of gear.

You’ll need to make sure that you choose compression fitness equipment that’s going to fit your body snugly without cutting off circulation (that’s counterproductive for sure), but as far as the fit, style, and color is concerned you can mix and match just as much as you like so long as it gets the job done for you.

Make sure that you are wearing your compression gear at least 30 minutes before you go to work out, all the way through your workouts, and for at least one hour after your workout has finished. This will provide you with the most benefits when it comes to fighting back against inflammation and soreness, so try to stick to these timelines as much as you’re able to.

Cold is a game changer went comes to eliminating inflammation, and though you could certainly wrap yourself in ice packs the way that starting pitchers in the major leagues do, sinking yourself into an ice bath – even for just five minutes at a time – can really improve your circulation, press back against inflammation, and all but wiped out muscle soreness altogether.

It isn’t exactly going to be the most fun five minutes you ever have hoped their especially if you are into used to this kind of approach) but it’s going to be effective.

If you need to ease yourself into this kind of approach that might not be a bad idea to start off with hot showers that finish with one or two minutes of cold water and only cold water to get you warmed up to the prospect of an ice pack.

The right over-the-counter (OTC) medications used correctly – and intelligently – can fight back against muscle soreness in a way that few other approaches can.

Acetaminophen, naproxen sodium, capsaicin cream, and other over-the-counter medications all work in conjunction with one another to provide you with a lot of extra muscle soreness relief you might not have enjoyed any other way.

Get Plenty of Sleep 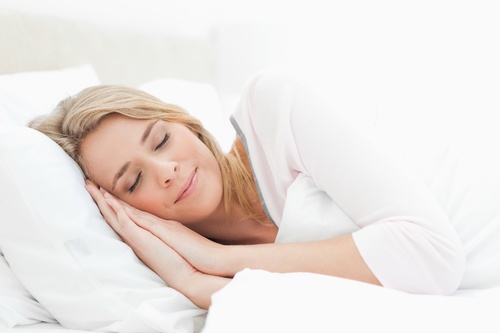 There are few things as powerful that slowing down muscle soreness, improving muscular recovery, and rebuilding your body than getting plenty of high quality sleep each single night.

Most people aren’t getting anywhere near eight hours of sleep each night, and those that do aren’t getting high quality sleep because they are too stressed out, tossing and turning, and fighting sleep every step of the way.

To improve your athletic ability, to speed up your ability to recover from tough workouts, and to boost your mental and physical health across the board try to get yourself eight hours of consistent sleep every night.

Upgrade your bed, your sheets, and your blankets, keep the room nice and cool and free of electronic screens, and play white noise in the background to send you to visit the Sandman in a hurry so that you don’t have to wake up with muscles that are almost impossible to move in the morning.

5 Pilates Moves That Torch Calories and Tone Everything – Infographic

5 No-Equipment Moves That Tone From Head to Toe – Infographic

Everything You Need to Know About Trigeminal Neuralgia

Everything You Need to Know About Hypothermia

How To Get Rid Of Chest Congestion Naturally