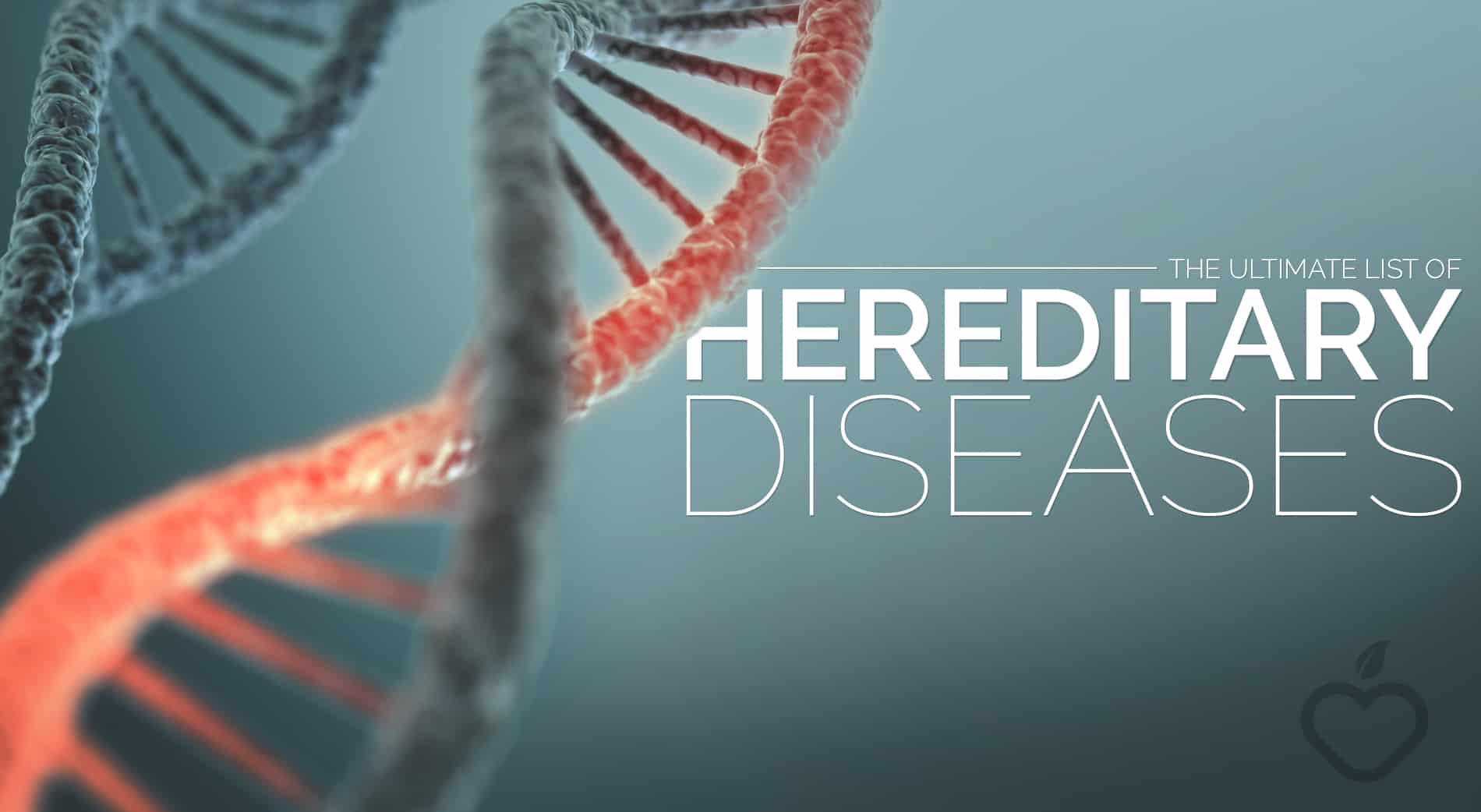 You may hear that a condition or disease you have is hereditary. This means that it has been passed onto you by another family member. It’s been inherited by a parent, which may have been inherited from one of their parents and so on.

Hereditary diseases aren’t always going to be genetic. The two terms are often used interchangeably, but there are slightly different definitions for them. A genetic disease is a gene mutation, which can certainly be inherited. However, a family member isn’t necessarily going to inherit that genetic mutation. It could be dormant and skip generations.

The inherited diseases don’t necessarily have anything to do with the genetics. There are so many conditions that are considered hereditary but not genetic. 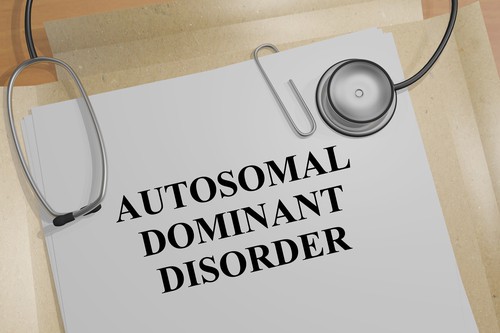 There are multiple autosomal dominant/recessive diseases out there. These are the types of diseases that are genetic. A person will get an abnormal gene from one of their parents, often a genetic mutation that leads to a condition.

There’s a 50% chance of a child inheriting a disease if one parent has the genetic mutation and the other doesn’t when the disease is dominant.

If the condition involves a recessive disease, then the child has inherited a defective gene from both parents. This increases the risk of developing the disorder. The list of hereditary diseases will consider both types of diseases.

This is an autosomal dominant disease that involves the height. The condition stunts the growth but also includes shorter limbs that aren’t in proportion to the rest of the body. Most people will only grow to around 4ft in height.

The condition is usually due to an FGFR3 gene mutation. It’s something that cannot be treated either before or after birth.

Hemochromatosis that is inherited is another autosomal dominant disease. This genetic condition is when the body absorbs too much iron. Iron is needed by the body to pass oxygenated blood around the body. It doesn’t leave the body after being absorbed apart from through blood loss, so if you get too much it can cause major health conditions. The organs storing the iron can end up malfunctioning.

There are multiple health conditions that can happen when the hereditary disorder isn’t treated. The liver can suffer from cirrhosis and other diseases. Impotence and heart failure are also possible.

While it’s not something that can be entirely treated, it can be managed with medication. It’s often overlooked at birth, although can be detected. Most people won’t notice the signs of weakness, fatigue, and joint pains until they’re in their 50s. This is especially the case for women, as before this time the menstrual cycle helps to lose some of the iron through the periods. 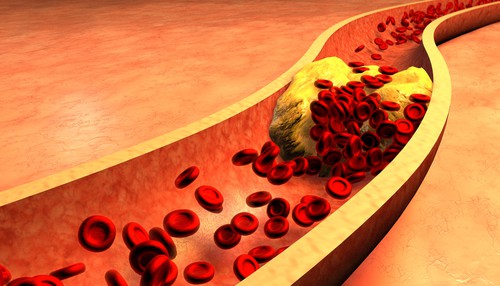 Another dominant disease, hereditary spherocytosis is a disorder that affects the red blood cells. Those with the abnormal red blood cells can suffer from anemia and an enlarged spleen.

The cells are affected on a molecular level through the proteins. Most commonly the Band 3, Protein 4.2, spectrin, and ankyrin proteins are the ones affected. The mutated cells find it harder to exchange oxygen and carbon dioxide, which can halt the oxygen supply and cause health problems. The cells are more likely to suffer some type of physical degradation over time.

The spleen is needed for the immune response. While it can be removed, and people can live without one, an ill-working and enlarged spleen can cause major health problems. The condition needs to be managed to avoid excess health conditions.

Down syndrome is one of the most commonly known hereditary disorders and exists because of an extra 21 chromosomes. It’s sometimes referred to as Trisomy 21 and causes both physical and mental development delays in children. This is a condition that is noted from birth and more commonly detected before birth. There are tests that can be carried out to alert parents of the condition.

There are medications to help treat conditions. Most children can get a full life with their condition, although some extra support is often needed. There is no treatment, even if detected during pregnancy.

Due to development delays, there may be issues within the digestive, immune, and cardiovascular systems. Regular doctor’s appointments will be necessary.

This is another of the more common autosomal dominant diseases and it affects the central nervous system and the brain. There is currently no treatment to prevent the condition, but there are ways to manage the development of it in later life.

Most people with the active mutation will see signs when they are 30 or 40 years old. Rare forms can affect children of a younger age.

Some of the side effects include uncontrolled movements, behavioral changes, walking issues, swallowing difficulties, and some cognitive problems, including memory and speech loss.

Between 1 in 1,000 and 1 in 2,500 children are affected by Noonan Syndrome. This can be a problem if one out of four specific chromosomes is affected, increasing the chances of a child developing it. This is also a condition that isn’t just inherited from parents. The chromosome mutation can occur without initial warning.

Symptoms include small height, eyes set wide, and possibly some facial features like a flat bridge on the nose or a webbed neck. Heart defects and developmental delays are also possible. There are no treatments to cure it, but some can help to prevent other health conditions occurring. 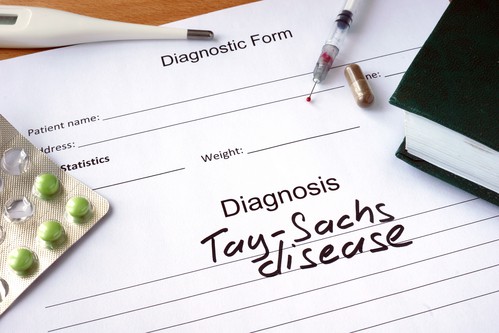 The first autosomal recessive disease on the list is Tay-Sachs, which affects the central nervous system. The motor skills of a child suffer in development. It can lead to serious issues including dementia, delayed growth, and paralysis. There are also cognitive issues like irritability and memory problems.

The condition is due to hexosaminidase-A not being present in the body. This enzyme is crucial for the development of lipid within the cells. Because of the lack of lipid, the cells degenerate quickly.

This is one of the rarer hereditary diseases, but that doesn’t make it unimportant. Polycystic kidney disease is when the kidneys see cysts forming on them. The cysts can cause blockages in the tubes and prevent the kidneys working properly. Of course, the kidneys are necessary for getting rid of toxins from the body.

Kidney failure is one of the most common side effects of the condition. There aren’t any treatments, but doctors can be proactive to help prevent full kidney failure. That will require some work from the patient, as it requires a change in the diet.

Some people will have polycystic kidney disease without knowing it. It’s only when blood in the urine and high blood pressure are noticed that the condition starts to get diagnosed.

There are three different types of Usher syndrome: Type I, II, and III. All three involve a hearing loss in some way.

The first can be present from birth and is when only the hearing is affected. This may be partial or full. The second is again from birth and usually means complete deafness. The patient may also suffer from some vision loss as they get older. Type III involves both hearing and vision loss by the time the patient is 10.

The condition can happen due to the mutation of just 1 out of 11 genes. Recent researchers believe that 6-12% of children have the condition to varying degrees. There are no cures for any of the types, and treatments are more designed to help patients cope with the condition and their vision/hearing loss. 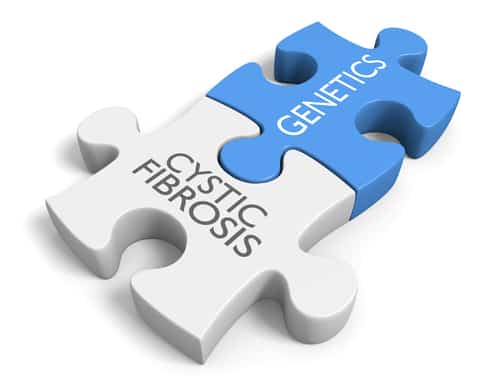 The most common genetic disorder in the world is known as cystic fibrosis. It mostly affects those of Ashkenazi Jewish descent, but nobody is completely protected from it. This is a recessive disorder, as both parents need to be carriers. This means that children have a 25% chance of developing the condition.

Cystic fibrosis occurs when there is a protein missing from the body, so the chloride balance hasn’t been restricted. There is no cure, but treatments can help with daily management of the condition. Those with the disease are more likely to have lung infections, breathing difficulties, underdeveloped digestive systems, and infertility issues. 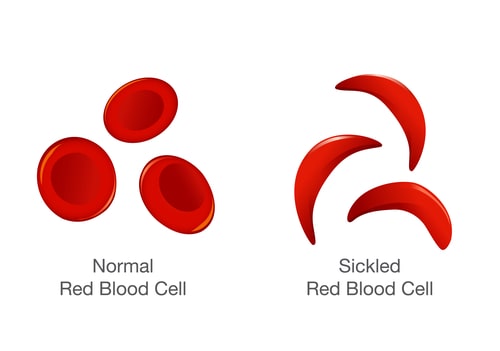 Many people with sickle cell anemia suffer from chest and bone pain. They can also have abdominal pain and breathing problems. Fatigue and an accelerated heart rate are also common. Many patients find themselves requiring pain medications and extra nutrition. They can also end up requiring more blood transfusions and kidney dialysis.

There isn’t a treatment to cure the condition. Doctors can just help manage the symptoms.

Patients with Duchenne Muscular Dystrophy genetic condition will usually see symptoms by the age of six. Muscle weakness and fatigue are the most common initial symptoms. The problems usually start in the legs but will eventually affect the whole body. Most patients are in wheelchairs from the age of 12.

This is a condition that mostly affects boys, but girls can also be affected. It’s unclear why this happens. Other symptoms can include back and chest deformities, breathing problems, and mental health issues and degradation.

Becker Muscular Dystrophy is similar, but it doesn’t affect people as severely as quickly. The symptoms are much more severe when they do occur. Most people (again, mostly boys) will find themselves wheelchair bound between the ages of 25 and 30.

People of Ashkenazi Jewish descent can also find themselves at a high risk of Bloom’s Syndrome. The hereditary condition affects 1 to 110. Researchers have found that those with the disorder are more likely to have other illnesses and diseases. Type II diabetes, chronic pulmonary disease, and some childhood cancers are highly likely.

Indicators of the condition include sensitivity to the sun, smaller height, a voice that’s high-pitched, and a face rash. It’s another condition that isn’t treatable through medications and doctors can just help to manage it.

Finally, there is a recessive disorder that affects the body’s ability to metabolize fructose (a type of sugar). Many patients experience abdominal pain and even vomiting after eating anything that has sugar. They may also not like the idea of any sweet food because of the pain they can be in.

The condition develops because of no aldolase B. This is an enzyme useful for the metabolizing of the sugar. There is no treatment for this, but symptoms can be avoided by not eating anything with fructose. 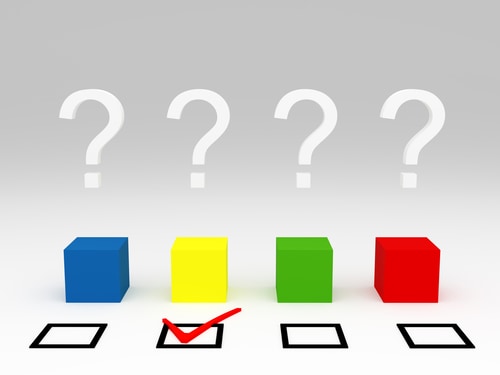 There are some gender disorders and color blindness are one of those. This is a condition that makes it harder for someone to differentiate between colors. The most common version of color blindness is a red-green deficiency, which can make telling the two colors apart difficult.

Boys are more likely to experience color blindness. While girls can suffer from it, they are just more likely to carry the gene rather than have a dominant one.

This condition is only present on the Y chromosome, which means that only males can develop this. The hereditary condition prevents the blood from coagulating in the body properly. In other words, the blood can’t clot properly, which means internal and external bleeding is much more severe.

A patient is more likely to bleed for longer after an injury. There is a worry about internal bleeding around joints or in the brain, especially after a head injury.

By knowing more about hereditary diseases, you can seek help as soon as symptoms appear. In some cases, people can live for decades without knowing about their inherited condition. However, some are developed in early years and can be managed to help offer a full life.

The Ultimate Guide to Choosing the Best Natural Beauty Products

Everything You Need to Know About C-Section Delivery