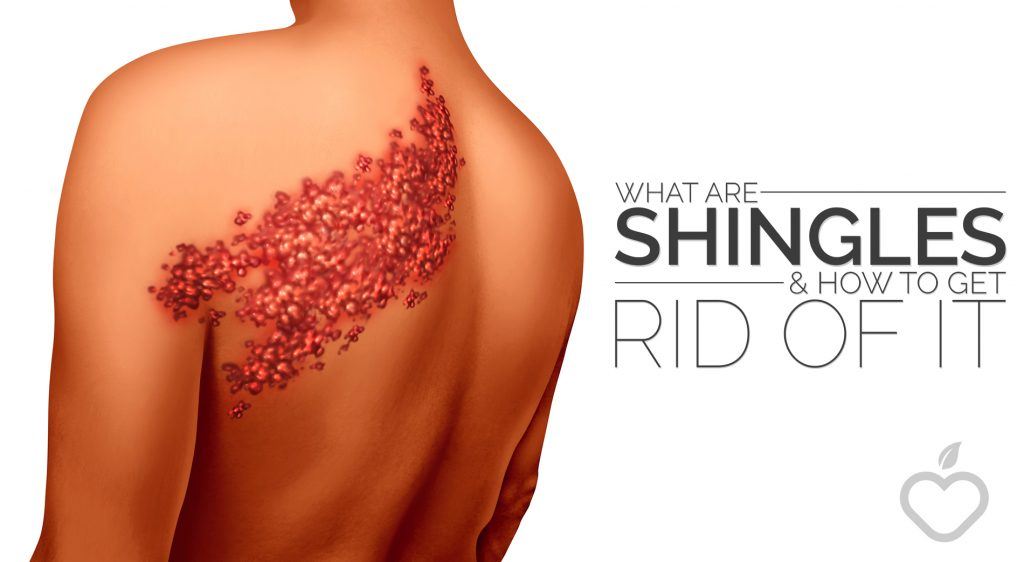 Shingles are one of those illnesses that you’ve possibly heard about. The illness is the same virus as the one that causes chicken pox and many symptoms are the same. However, there are some major differences that you need to be aware of.

While shingles and chicken pox are created by the same virus, they are very different illnesses. They break out on the body differently, but they do have some similar treatments available.

Here’s all you need to know about shingles and the treatment of the condition.

It’s a Virus, Not Bacterial 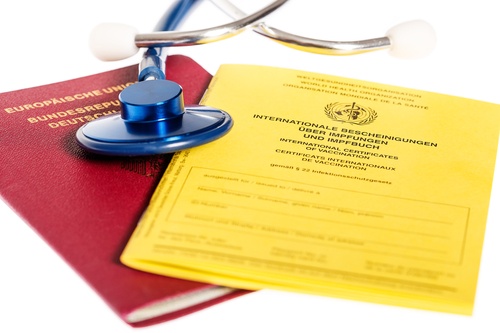 The first thing to understand is shingles can’t be treated with antibiotics. This is a viral infection, which means that antibiotics will do absolutely nothing to it. There are no bacteria for the medication to work against.

This is a major irritant for those who get shingles. It’s up to your body to fight against the virus.

However, you may be prescribed antiviral medication. This will usually help to treat the rash that many people get on the body.

Like with chicken pox, you will usually know you have shingles from the rash that appears on your skin. Instead of being spotty and insect bite-like, the rash is red and has small pox marks. It will usually appear on the torso or lower back, although it can spread to anywhere on the body. Some people suffer with it most on the neck or cheeks.

The rash can be extremely itchy, but other patients have described it as being painful to touch. The small pox marks can blister easily, which makes them more irritable and uncomfortable.

There is some debate on this topic. The chicken pox virus is highly contagious before a person breaks out in the spots. The general advice is to keep someone in incubation until the spots have blistered over completely and stopped leaking. It would make sense that shingles is contagious, too.

However, doctors believe that shingles isn’t as contagious as chicken pox. It’s especially not as dangerous as those who have chicken pox to pregnant women. The chicken pox virus can cause issues for the development of babies, especially in their early months of development. There isn’t the same warning when it comes to shingles with some doctors.

But this is highly debatable. If you can avoid exposing your virus to others, it is worth doing so. However, doctors will say that if you feel up for work then you can go in.

Someone who has never had the chicken pox or the vaccine may get the chicken pox from your shingles virus. This is the most concerning issue, but if a person has had the chicken pox vaccine or virus then they are usually safe. It may be worth taking time out while the blisters on the rash heal and stop leaking, since you won’t know if someone near you hasn’t had the infection or the vaccine, whether due to their personal reasons or a medical issue.

Symptoms of the Shingles Vaccine 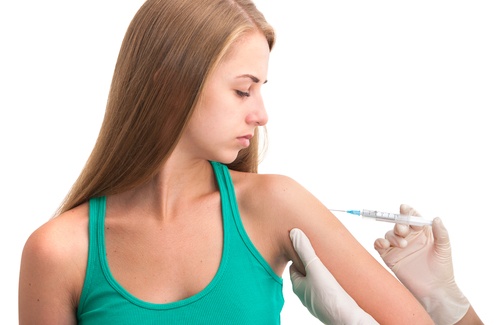 Chances are you won’t really feel up for going to work and meeting with people when you have a shingles outbreak. This is a virus that can wipe out your energy in a similar way to the chicken pox virus. Of course, everyone will handle the virus differently.

Those who had chicken pox easy may actually find that they barely realise they are ill with shingles. Their body has already fought off the virus. Other environment factors, age factors, and health issues may also affect the ability to quickly fight off the virus.

Flu-like symptoms are extremely common with the shingles. You may feel like you have a headache and can even find you have become sensitive to light. Before the rash appears, you can find that an area is sensitive or painful to touch. It’s only later that the rash shows up, and this can take a couple of weeks.

Your rash will only ever be on one side of the body. Doctors don’t know why this happens, just that it does! The rash tends to be painful because of it getting into the roots of your nerves.

The rash can appear in multiple areas of the body on the one side. So you may have breaks between your back, shoulder, and neck. At first, the fluid in your rash’s blisters will be clear, but after a few days it will usually become cloudy. If you don’t see a rash but have the flu-like symptoms, it can be a mild form of shingles! Chances are you won’t even know it.

It will usually take up to six weeks for the rash to disappear completely, although some patients complain of a consistent red mark where the rash once was.

Why Does Shingles Occur?

If we’ve had the chicken pox virus, does that mean we will get the shingles?

This isn’t the case at all. Not everyone will end up developing the shingles. And there isn’t a genetic cause for this, either. Doctors just don’t know why, but some people after having the chicken pox will keep the virus dormant for the rest of their lives. Others will see it reactive at some point.

There are some common reasons noted for seeing the shingles virus becoming active. The most common is stress. It is possible that the stress causes the immune system to drop to the point where the virus can take hold. Poor aging and a poor diet can also cause the virus to become activated within the body.

Does that mean if you live a healthy lifestyle that you definitely won’t get it? I wish I could say so. Some of the healthiest people get the shingles at some point in their lives. And younger, high schoolers can also break out it in. This is just one of those diseases that scientists haven’t gotten a full understanding of just yet.

Treating and Getting Rid of Shingles 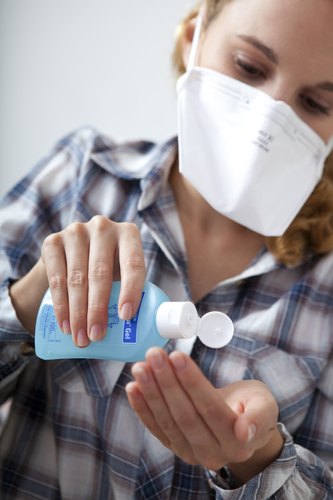 When you do see it activated, it is possible to help keep the pain to a minimum. Some of the home remedies for treating chicken pox can help to fight off the shingles virus and support your immune system.

Start with some cool baths. The cool water can help to soften the blisters and soothe the skin. The coolness will help to reduce inflammation and keep the pain at bay. You can even opt for oatmeal baths if you want to offer extra support for the pain and discomfort felt.

Relaxing baths with coconut oil can also help. They offer the extra moisture to the deeper layers of the skin, helping to reduce some of the discomfort. Coconut oil is full of antiviral properties, which can help to ease the infection and slow down the activation process. The antiviral nature will also support the body in making the virus dormant again.

Since the ability to transmit the virus is unknown, it is best to act on the safe side. Any towels or clothing that comes in contact with the blisters and rash should be washed after use. You don’t want to allow the virus to remain on the material and then go back onto your skin at a later date. There is the risk of continually activating the virus, especially if your blisters are still open or you have a new rash forming.

If you don’t want to soak in cool water, you can apply a wet compress to the affected areas. This is beneficial if the rash it on your face or neck, since it is harder to soak these areas in the bath water. Just opt for a damp compress, rather than a soaking wet one!

Avoid ice packs on the rash. While they can help to reduce the swelling, you’re not improving the blood flow around your system and could dry out your skin. If you really want something to help soothe the inflammation, why not soak some towels in apple cider vinegar instead? This can sting if you have open blisters but can be great as they all heal over or before the rash starts to blister!Fish oil has also been known to help soothe inflammation.

Do not pick your blisters or scratch. I know that the scratching can help make it feel like you’re doing your skin good but it will just make the pain worse afterwards. You run the risk of spreading the virus across your skin more and you will make the rash scar your skin. The blisters will crust and disappear much faster if you just leave them completely alone.

If you have been given an antiviral cream for your rash, use it. Your doctor has given you this for a reason, especially if you have had the rash and it won’t go away for a long period of time! Do keep your medication use to a minimum, though. Some pain medications can include ingredients that will make the virus more active. Your doctor will be able to recommend pain medications if you really need them.

If you are going to try soothing lotions, opt for ones that are fragrance free. Your skin will be sensitive right now and the fragrances can cause irritation. The same applies to the use of some essential oils!

Follow a Healthy Diet to Support Your Immune System 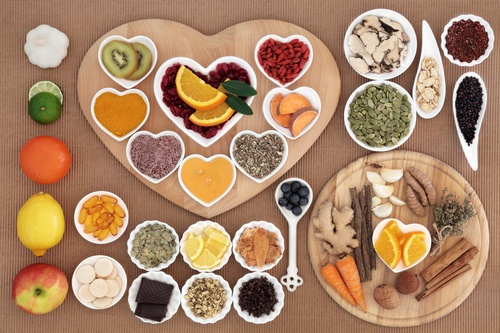 Your immune system needs to get to work to make the virus dormant again. That means you need to do as much as you can to get over it.

Following a healthy diet is one of the best pieces of advice. Depending on your symptoms and pain, you may not feel like eating much. Stick to some liquid meals, such as soup, to help get the nourishment in without having to do too much throughout the day. Chicken soup is always one of the best options when you’re ill and boosts your body’s immune system considerably.

Try to get plenty of fresh fruit and vegetables while suffering with the virus. Some of them have natural antiviral properties, such as onions and garlic. Others will offer the antioxidants and vitamin C that your immune system needs to fight off infections and viruses that drugs can’t help with!

When it comes to water, make sure you’re drinking enough. Dehydration is one of the worst things that you can do to your body when you’re ill. Your immune system needs you to be as healthy as possible. With shingles, your skin needs as much hydration as possible, too, so will be thankful if you get plenty of water throughout the day.

Look After Yourself When You Have Shingles

There is still a lot that scientists need to learn about shingles. It isn’t considered contagious, as long as someone has had the chicken pox virus or vaccine. If you are around someone who hasn’t had either, there is the risk of them getting the chicken pox vaccine. There shouldn’t be any risk to pregnant women, but scientists debate this issue.

There isn’t much that you can do for treating the virus. Like with chicken pox, you are best opting for some of the home remedies to help soothe the symptoms, so your body can deal with putting the virus back to sleep.

Unfortunately, we don’t know why the virus activates in our bodies. The best we can do is keep our immune system healthy and have the home remedies ready to soothe the symptoms just in case.