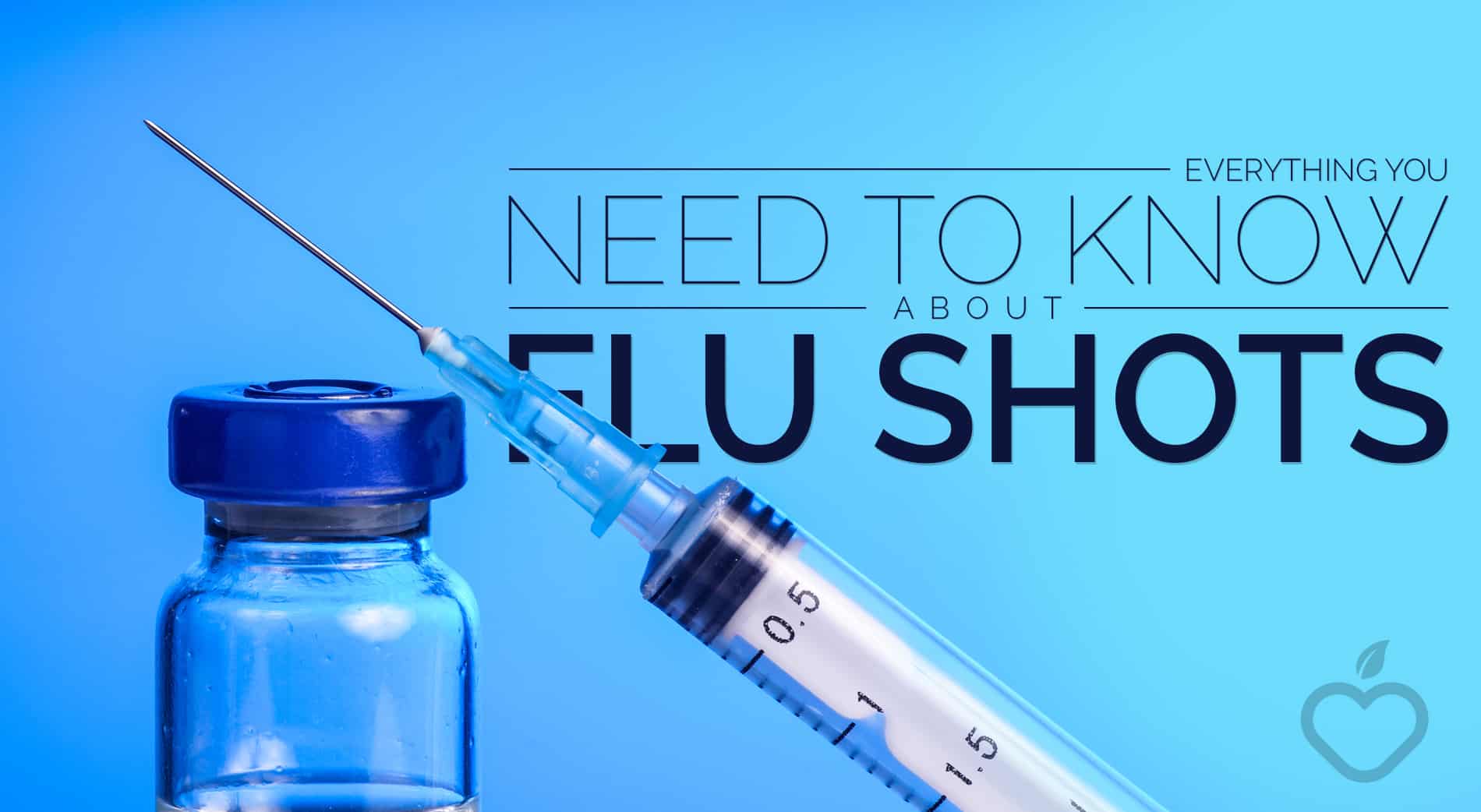 As the temperature starts to cool down, the season for colds and flu starts once again. Children and adults alike start to succumb to these illnesses and it starts to spread like wildfire. Fortunately, it’s quite easy to avoid getting the flu. The most practical things one can do are wash the hands frequently and try to stay away from those who are already sick. Another thing most people do is get a flu shot.

So, because of the flu shot, the body would already know how to take care of itself if the person gets exposed to the virus. The immune system will be able to destroy the virus before it causes the person to get sick. This is basically how the flu shot (and other vaccines) work. When administered, they introduce bacteria or viruses which are either deactivated or dead. This way, they won’t really make you sick, but they will help your body recognize them and learn how to fight them off.

What Are the Potential Side Effects of Flu Shots? 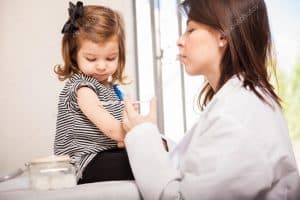 Each year scientists work together to come up with a new type of flu shot. This is necessary since the influenza virus is constantly changing. This means that it develops and mutates all the time. Because of this, it’s not possible to determine which of the strains will spread the most at any season. So, scientists create the vaccine using the strains which they think have the highest likelihood of making people sick. However, there are times when they don’t consider a specific strain and its spreads, therefore, infecting more people.

What’s more, the flu virus isn’t the only type of virus which creates the similar symptoms. For instance, a person may get the flu shot but still catch a common cold which can also feel like he’s suffering from the flu. For this reason, those people who experience this feel like the flu shot doesn’t really work. Of course, there’s still a lower likelihood of catching the flu if the person gets the flu shot in the first place.

The flu shot is considered as a type of medication and just like other medications, the flu shot comes with several potential side effects. The most common ones are a feeling of soreness where the shot was administered and, of course, some flu-like symptoms. It may seem odd but when one feels a little flushed, this means that the vaccine is working. These mild symptoms are common as they indicate that the body is trying to figure out how to deal with the flu virus. There are also rare cases when a person may experience severe side effects such as allergic reactions. In such case, the person must immediately consult with his physician for treatment. 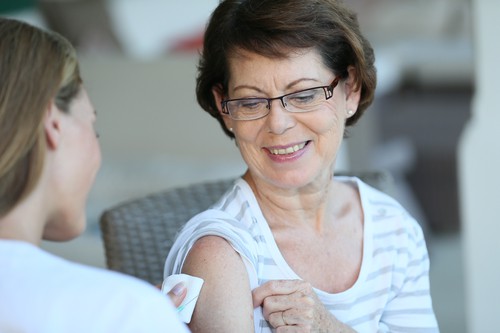 Does Everybody Need to Get A Flu Shot? 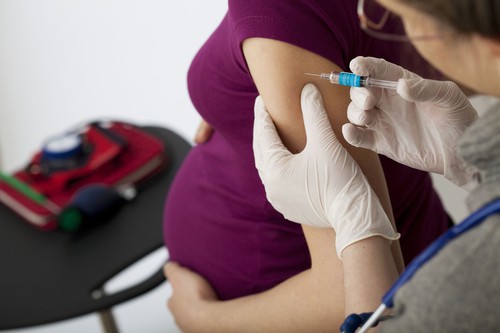 It’s recommended that everyone aged 6 months and above get vaccinated. As a matter of fact, children aged 6 months up to 8 years may require up to 2 doses in the same flu season. Once a person gets the shot, it would take a few weeks for the antibodies to fully develop in the body. Therefore, it’s better to get the shot a month or two before flu season. But getting the shot at any time when it’s flu season is still highly beneficial.

For one, the family members and primary caregivers of infants aged 5 months and below should get the shot since babies as young as this cannot get the vaccine yet. Also, anyone who suffers from diabetes, a weakened immune system. chronic heart diseases, chronic lung diseases, kidney failure, and certain types of blood disorders. Also, on the list are pregnant women, healthcare providers, residents of nursing homes, and adults aged 50 and above.

On the other hand, there are also people who are highly-advised not to get the flu shot. These include infants aged 5 months and below as well as people who have severe allergies to flu vaccines or any of its components. Also, people who have egg allergies or who have ever suffered from Guillain-Barré syndrome should speak with their doctor first before getting the shot. A person should also consult first if he isn’t feeling well when he’s scheduled for a flu shot.

Some Myths and Facts About Flu Shots 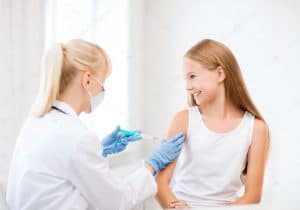 Flu season is upon us again and it’s time to start taking care of our health more and more. Nobody in the world ever wants to catch illnesses and the flu is no exception. But since it’s a very common illness, a lot of people are concerned about catching it. This is the time when the flu shot becomes more and more popular. Usually, people aren’t really concerned about flu shots and the flu until they catch the virus and get sick. When this happens, people start trying to learn about the flu shot in any way that they can. With all the information available out there, it’s quite challenging to find out which is true, and which is false.

One common myth that people still believe until now is that the flu shot causes the flu. This may be why some people don’t want to get the shot. Of course, there is no truth to this since the virus that will be introduced to the body is already inactive which means that it can’t transmit the infection. However, there are some people who experience flu-like symptoms right after they get the vaccine. This is probably where the myth that the vaccine causes flu started. Such symptoms may include soreness, body aches, and feeling quite feverish.

Another myth that people believe is that the flu shot has some severe consequences on the health. The fact is, though, that it’s very rare that anyone would develop any severe consequences or reactions because of the vaccine. On the contrary, there is a lot of evidence which shows that there are many people each year who die from the flu. Sure, the vaccine isn’t 100% effective, but it can reduce the symptoms and prevent any complications in case the person catches the flu even if he got the shot.

One myth that’s also quite common about the flu shot is that pregnant women shouldn’t get it. As a matter of fact, infants younger than 6 months of age shouldn’t get the flu vaccine. But according to experts, it’s recommended that pregnant women get the flu shot for their own health and, of course, the health of the baby developing inside her. When a pregnant woman gets the flu shot, her body will start producing antibodies and she will also pass these antibodies to her baby in utero. So, when she gives birth, the baby would already have some protection against the flu, at least for a couple of months. The flu shot is also very important because it’s helpful for the baby’s immune system which is still quite weak.

On a side note, there’s a special type of flu vaccine for those who are aged 65 years and above. This is because as a person ages, their immune system starts to chance. And this is especially true for the elderly and so they receive what’s known as a high-dose flu vaccine. Basically, this is a more potent version of the regular flu vaccine. It lasts longer in the body, so it will provide more protection for a longer period.

Here’s another myth, many believe that the flu shot may cause a severe reaction for people who suffer from egg allergies. This is a speculation which may have come from the fact that the virus for the vaccine is usually cultivated in chicken eggs which means they may contain small amounts of egg proteins. But those who have egg allergies don’t need to worry. This is because the shots may contain egg proteins but in very minimal amounts. Therefore, the benefits one can get from the flu shot significantly outweigh the risks of getting an allergic reaction to them. To be sure though, those who have egg allergies and still get the flu shot should monitor their condition right after. They can even stay in the hospital for some time to be observed by the doctor after getting the vaccine. 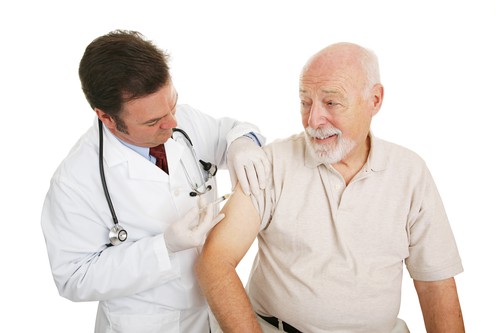 For decades now, doctors have been recommending vaccinations to people who want to protect themselves against the flu. However, the effectiveness of the shot usually varies from one year to another depending on which strains of the virus are included in it. Therefore, each year, scientists come up with a new vaccine with a different formulation. So, let’s talk about this year’s flu shot.

Earlier findings indicate that the shot can an effectiveness of 17% against the H3N2 viral strain which is one of the major causes of flu in America this winter season. This statistic shows that it’s obviously less protective against that strain and this is mainly because of how scientists develop flu shots.

Usually, the vaccines contain inactivated influenza viruses which scientists cultivate in chicken eggs. Unfortunately, the flu viruses which spread among human beings more easily don’t really grow too well in the chicken eggs. This is evident in the case of the H3N2 virus strains which have already been continuously circulating in human beings since the year 1968. When scientists try to replicate this virus inside the chicken eggs, they tend to undergo adaptive modifications which make them better-suited to the environment they’re growing in. This means that the H3N2 strain that people receive in the vaccine is already mutated which makes it less-effective against the actual strain that affects humans.

In this year’s flu shot and in the ones for the coming years, the companies who develop the vaccines are trying to produce the virus in cells of mammals to avoid the problem with egg-adaptation. They also aim to facilitate a quicker response just in case there is a pandemic. These cell-based technological procedures may provide the potential for more effective protection against the flu vaccines which are egg-based. This is because the viruses they will produce would be a lot more like those which circulate among humans. Of course, since it’s a relatively new procedure, there are still no data to back these claims up. But it’s good to know that they’re trying to improve the flu shot, isn’t it?

With all this information, people may start asking, “So why should I bother getting a flu shot?” Well, there’s a chance that it might work. And even if the person catches the flu despite getting the vaccine, he is still better protected than those who haven’t acquired the vaccine. Because of this, he may not experience symptoms which are too severe.

The Best Fitness Tracker For You - Infographic