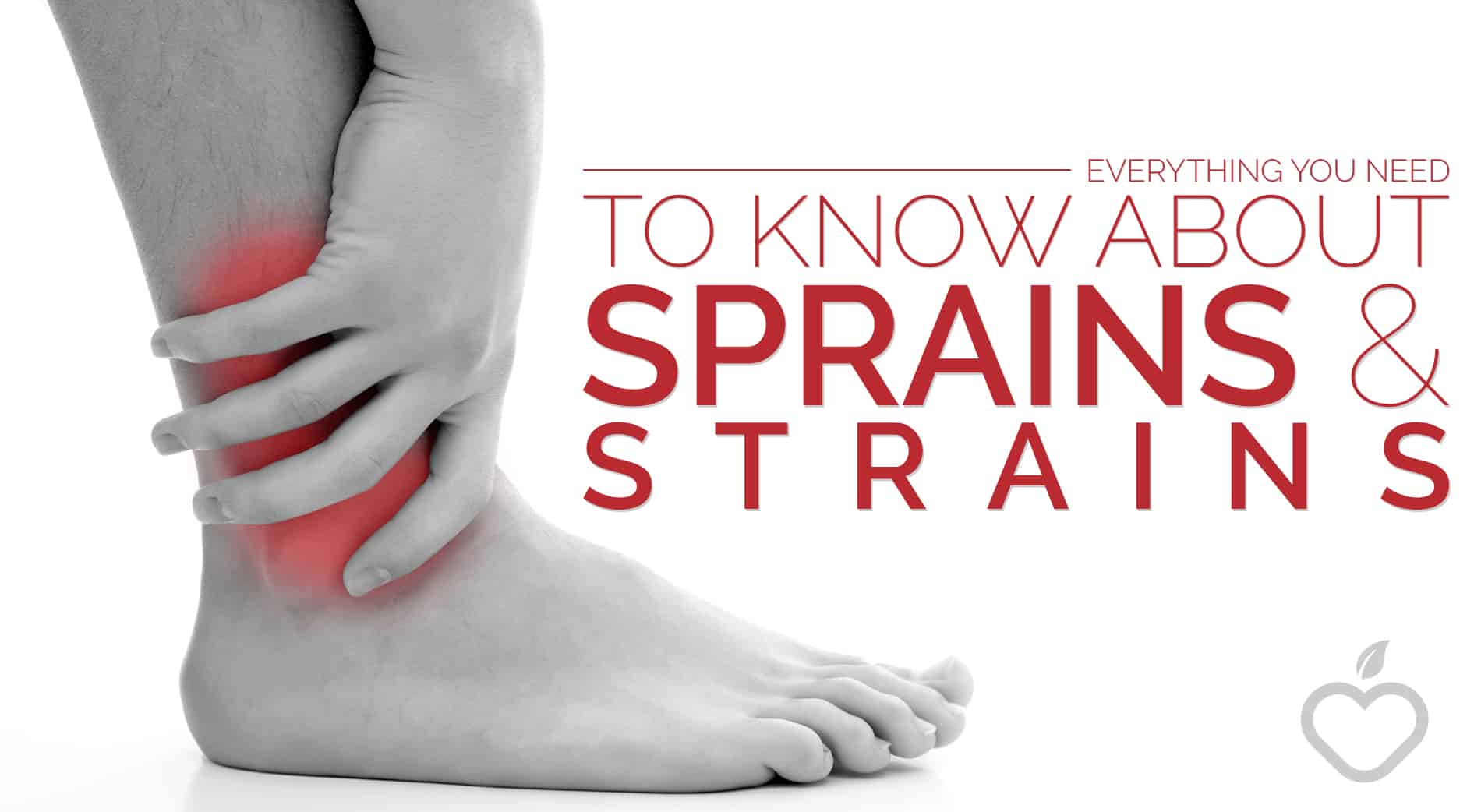 Sprains and strains are often terms used interchangeably. After all, the treatments for the two are similar and the symptoms associated are closely related. However, the two conditions are very different; affecting different elements of the body.

Whether it’s your ankle, wrist, or even your knee, sprains and strains can be extremely debilitating. For many individuals, the treatment can be worse than breaks and recover from surgery. One of the issues is that they can take longer to heal.

Here’s a look at everything you could possibly need to know about sprains and strains. Not only will this help you get treatment when necessary, but help you understand more about your ailment. Here are accutane chapstick.

The Big Differences Between Strains and Sprains

A sprain is when the ligament is affected. This can mean a ligament is either torn or stretched and more than one ligament can be affected at the same time. The ligament connects bones within a joint together and some of the most common ligaments to face damage are in the wrists, ankles, and knees.

A strain is when the tendon or muscles are damaged. The tendon is the fibrous cord that connects the muscle to the bone. The best way to remember the difference is to remember that the strain is the Tendon or a muscle that connects to the Tendon. If it’s the ligament, it’s a sprain. The muscles or tendon will be torn or stretched. Multiple tendons and muscles can be affected. Strains are more likely to happen within the hamstring or the back.

Absolutely anybody can suffer from either a sprain or strain. A sprain tends to be most common daily, as people get them by going over on their ankle. If you fall on your wrist, you can damage the ligament then. Strains are more common in people who play sports since the muscles and tendons are stretched more. They are especially common if people don’t warm the muscles up properly before training. Soccer, football, tennis, dancing, hockey and other similar sports all commonly lead to strains.

The back usually suffers from a strain due to movement and lifting. You’ve likely lifted something heavy without bending your legs. Your back isn’t designed to take the weight and the muscles react and become damaged because of this.

Your hamstring is one of the most commonly strained muscles. You’ll often say you’ve pulled the muscle, but what you’ve done is stretched it more than you should. This can occur from sport, dancing, or even falling over; such as skidding and accidentally going into the splits. A groin strain is also possible, as the tendons within the area are pulled.

The Symptoms of Strains and Sprains 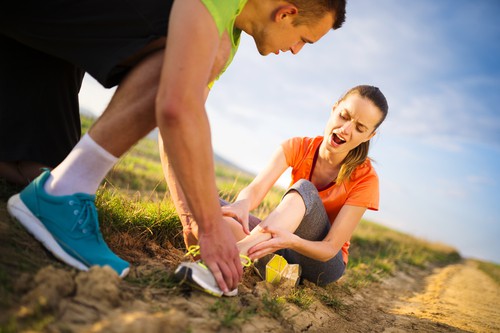 Both conditions have some of the same symptoms, including pain and discomfort. The amount of pain will depend on your pain threshold and the exact amount of damage that’s been done. Inflammation is another common symptom. The body tries to repair the damage itself, which leads to the inflammation and swelling.

Inflammation will usually be localized to the area affected. It’s not always visible in strains, due to the location of the damage. Some inflammation will be under the surface, putting the extra pressure on the nerves.

Sprains can also have to bruise of the area. In some cases, the bruising can give the appearance of major damage, such as the breaking of the bone. The bruising is usually bright purple and can be deeper in color if the damage is severe. You may also find that you can’t use the joint. Putting pressure on the joint causes more pain.

As for strains, the muscles can spasm and you can suffer from more cramping than usual. This is often as the muscle attempts to repair the damage. You’ll also usually find the area is difficult to move without pain.

Chronic Strains Are More Common Than You Think

Anyone can get these conditions. Secretaries were one of the first to notice wrist strains, while tennis players tend to suffer from problems within their elbows (hence the name). Swimmers tend to get problems in their rotator cuffs in their shoulders, while runners can suffer damage to the Achilles if they don’t look after themselves.

Preventing the Most Common Sprains and Strains 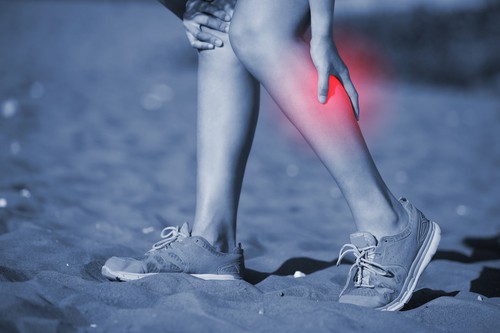 While you can’t prevent all accidents, there are steps you can take to avoid most sprains and strains. This is especially the case when it comes to strains.

If you play sports or do exercise, make sure your muscles are warm and you stretch before you take part. You should also do strengthening exercises in between your sessions to make sure your joints and muscles are protected. The exact exercises you perform will depend on your sport, but your coach will be able to offer suggestions.

When you go running, stick to the stable ground. Keep your eyes a few steps ahead of you, so you can look out for holes in the ground to avoid them.

If you do something that involves repetitive movements, talk to your doctor about a muscle brace for alleviating use throughout the day. There are also items you can buy to offer support for the tendons. Some people find heat treatments useful for easing the early feelings of strain in their muscles.

RSI is common, especially now that more people type at a computer regularly. Make sure you take regular breaks and perform tasks that involve other movements to reduce the number of repetitive movements you make.

You should also think about footwear. Torn ligaments regularly happen from walking in high heels—as people go over their heels. If you can’t walk comfortably in heels, avoid them! Look for beautiful flatter shoes that are easier to walk in and avoid the risk of injury.

Taking these steps will eliminate most risk factors. The injuries can still happen, but they are usually due to situations out of your control!

Diagnosing a Sprain or Strain

You’ll usually see a doctor if you’ve suffered an injury and believe there’s a problem. This is especially the case if you believe the damage is more serious or it’s affecting your daily life. Your doctor will order a series of imaging scans after asking about how the injury occurred.

In most cases, an X-ray is used. This will check on the bones to make sure there’s no fracture. If your doctor is happy that there isn’t, they’ll diagnose a sprain or strain depending on the symptoms and what they’ve found in a physical exam. The X-ray doesn’t show the ligaments, muscles or tendons to diagnose the problem.

In some cases, your doctor may order an MRI. This uses magnetic energy to see a full view of the area. A CT scan can also be used to help get a closer look at the condition. The aim is to see whether it’s specifically the muscle or tendon (when it comes to sprain) and the number of tissues damaged by the injury.

The Same Treatment for Both 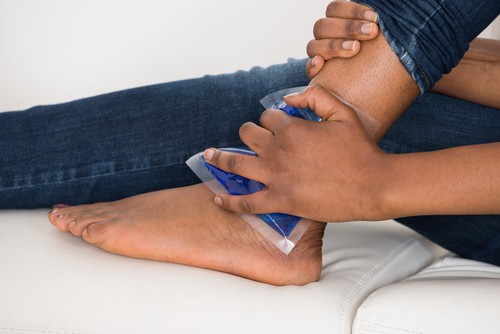 Sprains and strains are treated in the exact same way. The first thing you will be advised is to take the weight off the affected area. If your leg has been damaged, you may be given crutches to help walk without putting weight on the affected leg.

The best treatment is within the first couple of days of the injury. If you’ve not spoken to a doctor, you can opt for these treatments yourself.

Start by resting the injured area. Sit with your body part rested. For example, if your leg has been damaged, put it up on the couch or a bench. You want to keep the blood from flowing downwards and pooling. Elevating the injury will help to reduce the swelling.

Place ice on the injury for 20 minutes at least four times a day. You can do this for up to eight times a day, depending on the severity. Don’t put ice directly on your skin as you will burn the area. Use a clean cloth to protect your skin. One of the most common treatments is a bag of frozen peas wrapped in a clean tea towel.

Use bandages to compress the injury. You don’t want to stop blood flow, but you do want to help to reduce swelling and support the area. If the injury is bad, your doctor may encourage the use of splints, boots, or casts. If you have a chronic strain injury, you may be given a splint for when the condition flares up.

If in doubt, remember RICE:

You can take some medication for the pain. Consider ibuprofen or aspirin to help reduce the swelling in the area. This can help to take the pressure off the nerves. You can also take some paracetamol for the pain.

In the most severe cases, you may need to have surgery. This is when the ligaments and tendons have damaged beyond natural repair. Your doctor will refer you to a specialist, who will often perform keyhole surgery. This is done with a camera and small tools, making two small incisions in the area to minimize the scarring.

Exercising After Your Injury

Don’t go straight back to exercising after your injury. You’ll need to make sure it’s strong enough to withstand your weight. Unlike bones, ligaments and tendons don’t always heal stronger than they were.

In many cases, you’ll experience stiffness within the joints and around the area. Your doctor will likely refer you to a physiotherapist to get exercises that will help to strengthen the joint and ease the stiffness. These can be done sitting down and are usually recommended before you get back into any sports.

Your doctor will tell you when returning to exercise is best. This isn’t just a case of if you’re experiencing pain. It’s all about whether the injury has healed. Jumping right into your old training schedule could cause further injury or make the current one worse.

If you do feel pain while performing exercises, you should stop. This is a sign that your injury hasn’t healed and you’re just making it worse.

You Don’t Always Need to See a Doctor

While a doctor can diagnose the problem, many sprains and strains are mild. The injuries that you can treat from home and you will know in yourself when you’re ready to exercise or use the part of the body again. However, if the injury doesn’t heal in a reasonable time, it’s worth talking to your doctor to make sure there isn’t a more serious problem.

See a doctor if you’re in significant pain after walking four steps. You may have a limp, but the pain may be manageable, or the pain may ease off after a while. With a severe strain or sprain, the pain will get worse and you’ll need to take all weight off it.

If you can’t move the joint or the pain is directly over a joint, you should talk to your doctor. It’s also worth seeing your doctor if there is numbness in the area, as this could be a sign that your injury has affected your blood flow.

Sometimes a sprain can look just like a break. You may think there’s no problem, but there may be a compound fracture hiding within.

Do You Have a Sprain or Strain?

The next time you suffer an injury, make sure you know which one which is. This will affect the symptoms you have and the actual damage you’ve done. However, the treatments are just the same and involve RICE.

Most of the time, your injury can be treated at home. You’ll only need to see a doctor if there’s a risk of further damage or your injury isn’t repairing itself.