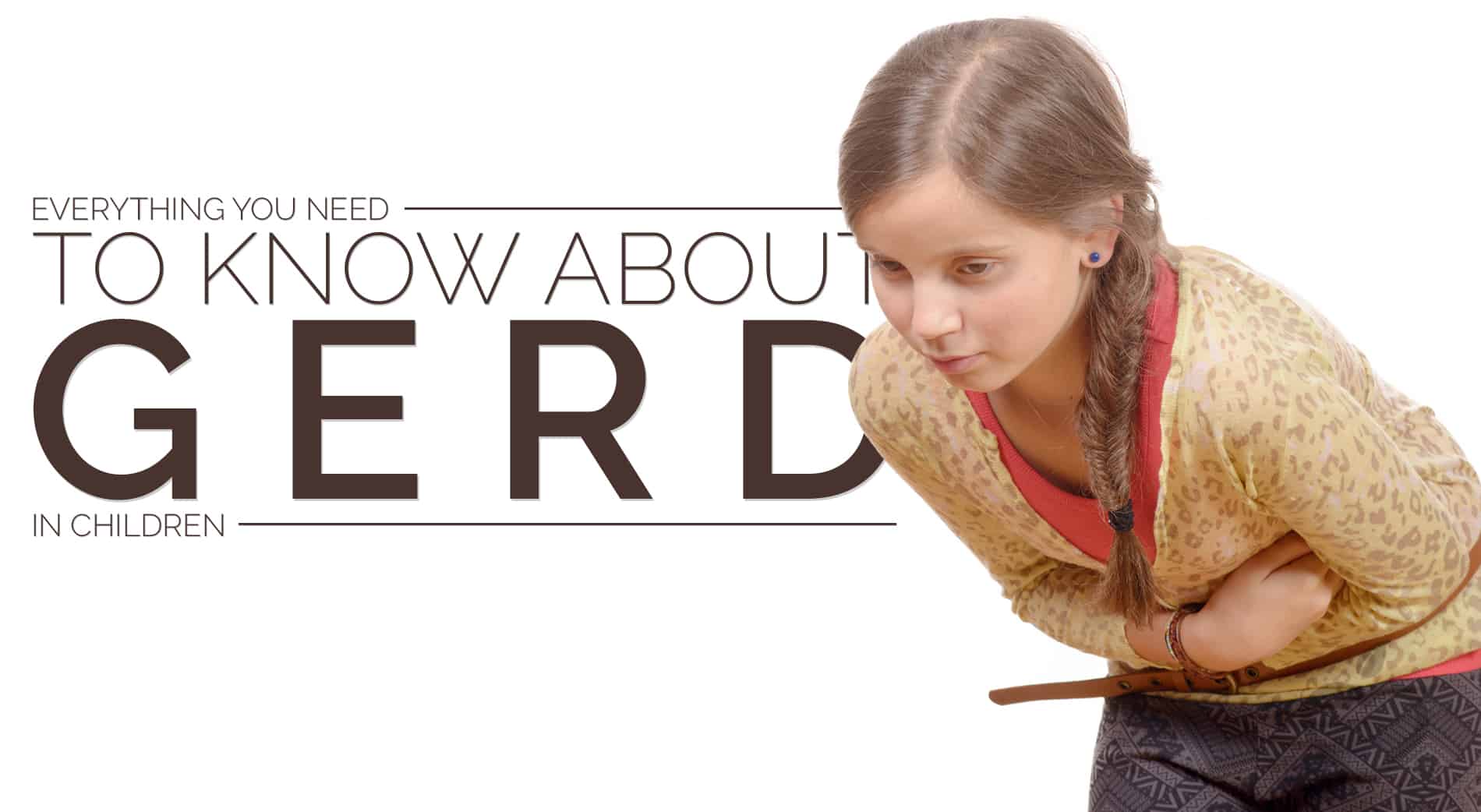 GERD stands for gastroesophageal reflux disease. It’s a digestive disorder that can often initially seem like reflux or indigestion, but lasts longer and can be extremely difficult to manage. When it affects children, it is often called pediatric GERD.

Almost 10% of preteens and teens in the United States alone are affected by GERD. It’s debilitating and can prevent children from doing everything they want. The problem is that it’s one of the most difficult conditions to diagnose, especially in children. It’s often mistaken for the flu or indigestion by adults, whether parents or doctors.

Getting treatment for your children is important. It’s worth learning as much as possible about it to know if your child is potentially suffering from it. Here’s everything you need to know about pediatric GERD.

What Exactly Is GERD? 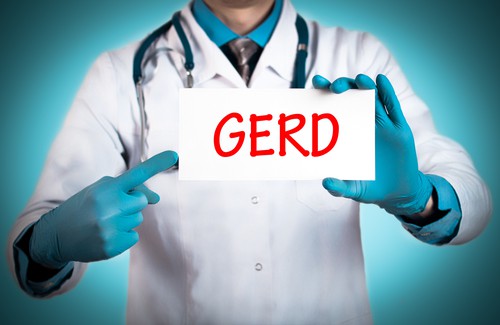 In other cases, the valve doesn’t work properly. It doesn’t completely close, meaning the stomach acid is able to escape the wrong way out of the stomach.

Most babies will have gastroesophageal reflux (GER). While this causes some spit up or vomit, there are usually no other symptoms. GERD is a step on from this. While it is less common, it is far more serious than just spitting up a bit of food. It can be extremely painful and lead to other health problems if it’s left untreated.

Pain is a symptom of GERD, but not actually a complication. When it comes to GERD, complications include respiratory problems, weight loss, and some inflammation of the esophagus.

The stomach acid starts to burn the lining of the esophagus. Inflammation is a common reaction. The body attempts to perform repair work and tries to prevent bacterial growth and other conditions. This can also lead to some stomach acid reaching the windpipe or making it harder to get air into the lungs due to the pain.

Most people with the condition won’t eat as much as they should. They don’t want to do anything that will cause the stomach acid traveling up the wrong way. This is especially the case if the acid escapes while eating. It can mean that people don’t put on as much weight as they should. They can lose weight unexpectedly since they aren’t eating enough calories.

The stomach acid can reach the top of the esophagus and then transfer into the windpipe. This burns through the vocal cords and the windpipe, making the voice hoarse and causing some inflammation within the bronchial. Those who have GERD are often more likely to develop asthma and bronchial disorders, as there are more inflammation and fluid in the areas.

In some of the more severe cases, GERD can lead to Barrett’s esophagus. This is when the esophagus lining burns through at a considerably alarming rate. It’s a precancerous condition and needs to be treated effectively.

There is also a higher risk of developing esophageal cancer. This is rare, especially in children. GERD can usually be controlled to avoid this.

GERD Symptoms to Look Out For 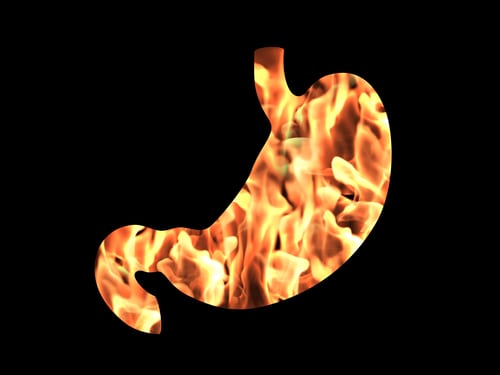 Getting a diagnosis is hard, so you want to look out for symptoms of the condition. Pediatric GERD will usually start from around the age of six months onwards. At first, it can look like your child just has GER, which often repairs itself. The valve develops and works effectively by around the six-month mark. If your baby is still spitting up and finds feeding uncomfortable, there is a chance that it has developed into GERD.

Your baby will likely refuse to eat and this affects the weight gain. Some babies will also be fussy after they’ve eaten. They’re in pain from the stomach acid in their esophagus and won’t be able to settle.

In some cases, infants can develop breathing problems. You should have this checked right away to avoid it forming other health problems.

When it comes to older children, they may tell you of a pain in their chest. This is often a burning sensation, which you will call heartburn. While heartburn now and then is common, in children with GERD it will happen after every single meal. Many children will avoid eating because they don’t want the discomfort or pain that they experience.

Children can also tell you of a strange taste in the mouth. As they get older, they realize that it’s stomach acid or bile in their mouth. There’s also the feeling of food stuck somewhere in their throat. Sometimes, the stomach acid can bring up some food with it.

Many children and infants with pediatric GERD will also burp more or may have the feeling of nausea, especially after a meal. They can also have a frequent cough or wheeze when breathing. Some children will have a hoarse voice, as the stomach acid starts to affect the vocal cords.

Most people will find that the pain and discomfort are worse when lying down. They can find it hard to sleep because of the burning sensation in their chest. This is because the stomach acid finds it easier to flow along the body than acting against gravity. Many children find that they find it easier to sleep while sitting up.

Causes and Risk Factors for GERD

The risk factors aren’t fully understood yet. Researchers are still trying to understand why some people have GERD and others don’t. This is partly because it’s a rare condition and also hard to diagnose.

Many of the reasons for GERD are genetic. They’re things that people can’t control.

The angle of the His is one of the most common reasons for GERD. This is the point that the esophagus and stomach meet. If the angle is slightly off, then it can lead to the stomach acid escaping easily or the valve just not closing properly.

The fibers around the diaphragm can also be to blame. If the fibers pinch, they can send the stomach acid the wrong way. It can also be linked to the muscles at the bottom of the esophagus, which can affect the valve.

In some cases, it’s the food you eat. Children who have some food sensitivities can have weaker valves. They can gain some inflammation and adverse reactions, which makes it easier for the stomach acid to escape. If the food sensitivities are found at an earlier stage, the GERD can be prevented. 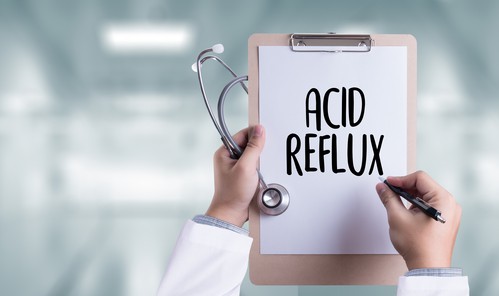 Getting a diagnosis is essential, which can be difficult. If you’re certain your child could have GERD, it’s important to push for a diagnosis. From this point, doctors can offer treatments to manage the amount of stomach acid within the body. The exact type of medications will depend on age.

Antacids are the most common type of medications prescribed and you can get them over the counter. They will help to lower the amount of acid your stomach creates, so there isn’t as much to release into the body. Some can also help to get rid of the acid from the esophagus, meaning you can take them during an attack.

Histamine-2 blockers can also be used to reduce the amount of acid naturally created in the stomach. This can lead to low levels, making it uncomfortable to eat a lot throughout the day. You may find you need to reduce the number of meals you have or reduce your portion sizes, especially when it comes to high fat or fiber meals.

Some doctors will also recommend proton pump inhibitors, which will block the acid. These aren’t as popular for children.

At the moment, the long-term effects of the medications are unknown. Doctors will try to avoid medical options as much as possible since natural remedies can be used to treat GERD. If herbal remedies aren’t working effectively, you can talk to your doctor about a mixture of treatments. 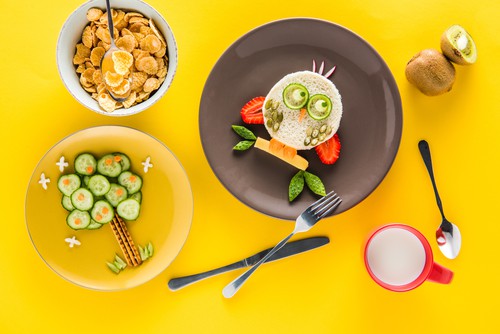 The best way to treat GERD is through natural remedies. It will mean a change in the diet and lifestyle.

One of the best things to do is reduce the foods that commonly cause high stomach acid levels. Spicy, acidic, and high-fat foods are all common irritants. These include lemons, oranges, burgers, red meats, curries, and even spicy sausages. They either add to the stomach acid levels or encourage your body to make more stomach acid, meaning more can escape into the esophagus. These types of foods can also mean the symptoms continue for prolonged periods of time.

Doctors will also recommend looking at the drinks consumed. Carbonated drinks are the worst issues for children, including diet sodas. The best thing to drink during a GERD flare-up is milk. The proteins can help to reduce the stomach acid levels and soothe the burning sensation on the way down. All types of milk can be beneficial for this.

Changing the amount of food eating on a daily basis is also highly recommended. Sometimes it’s the amount of food that is consumed rather than particular types of ingredients. The more food is eaten, the more stomach acid will need to be created to digest it all. Reduce the portion sizes throughout the day. This can mean getting rid of the three standard meals and opt for five smaller meals throughout the day.

If the symptoms reduce, children are more likely to eat the food put in front of them. This will help them gain weight. They are still eating the same amount of calories throughout the day with five smaller meals as they would with six meals. The smaller meals are just more enjoyable.

Also, think about the timing of the meals. Eating before sports games or activities is a no-no. The body doesn’t have time to digest the meals before jumping and running around. Not only will this make GERD worse, but it can also cause cramps and stomach pains. Children are also more likely to throw up their food.

Likewise, avoid eating just before going to bed. Lying down with a full stomach will lead to more acid escaping through the valve. It’s also worth laying in bed slightly propped up. This can prevent the flow of the stomach acid the wrong way.

If your child is overweight, take steps to reduce it. Obesity can cause restriction of the stomach, meaning the stomach acid is pushed further up the body.

Cutting out foods that cause sensitivity reactions is also important. This can be a trial and error approach. If your doctor suspects a food sensitivity or allergy, they may suggest a trial diet. This involves cutting everything possible out and adding the foods back in one at a time. The aim is to look out for reactions. Any reactions mean the food should be cut out completely.

Doctors can miss GERD. You may miss GERD in your children at first. It’s often pushed off as bad GER or heartburn at first, but it is much worse. It’s important to look out for the symptoms. Managing the treatment is essential. Not only will this help to ease the symptoms but will help to prevent the condition from getting worse.

If left alone, the condition will progress. This isn’t something that just goes away on its own. Sometimes lifestyle changes (or food changes) are all that’s needed. However, in more serious cases medications and surgery are needed.