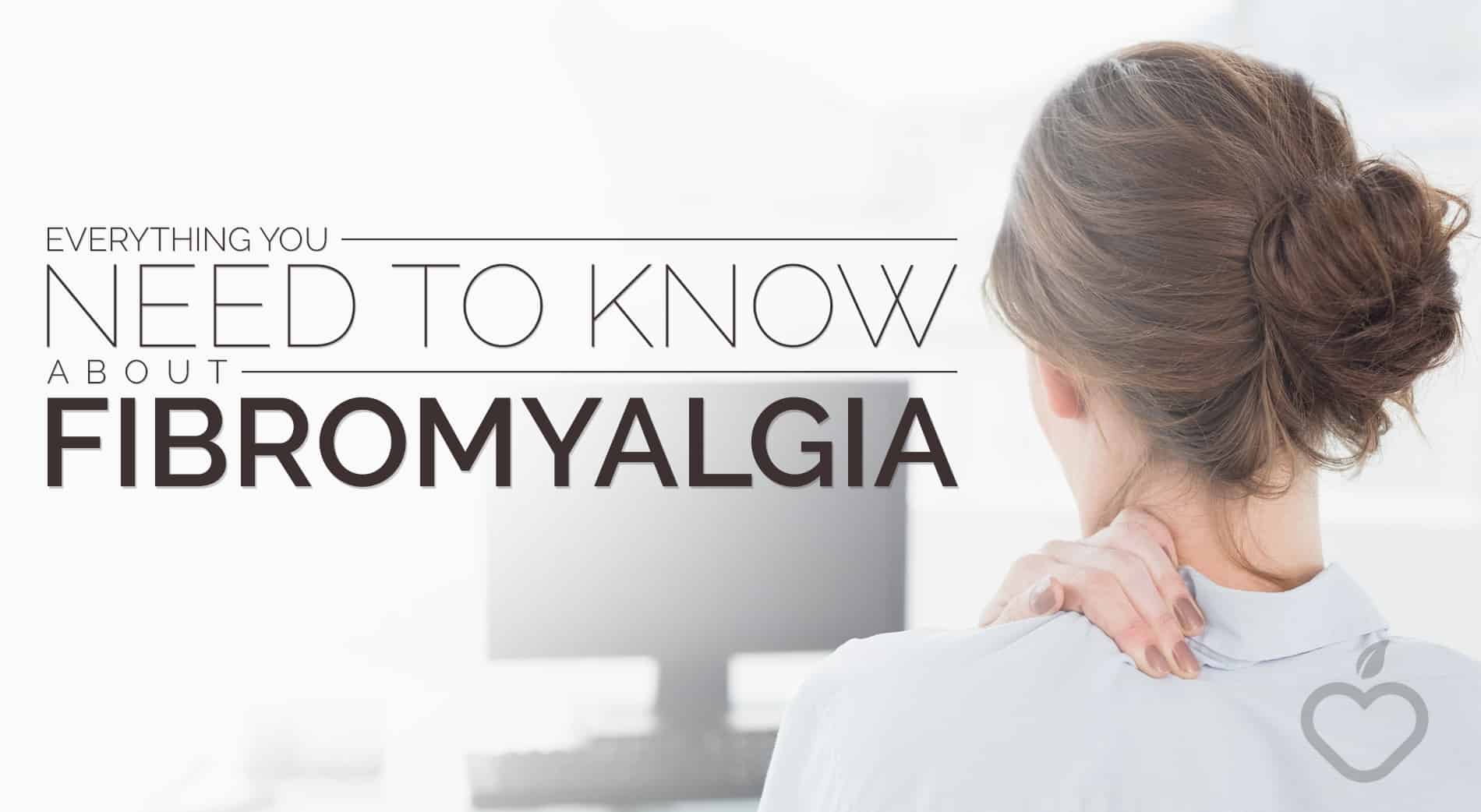 You may have heard of the term fibromyalgia. It’s usually one of those conditions that is mentioned in passing or you see written in a news article, but you don’t always pay much attention to it. That is until you’re diagnosed with it or you know someone who is.

This is a condition that is becoming more and more popular among patients. It’s also a condition that is causing more mental health problems, especially depression, due to the symptoms. Getting an early diagnosis can help to treat the condition sooner and find ways of living with it.

It’s time to learn everything you possibly can about fibromyalgia. Know the symptoms, the treatments, and tips for managing it throughout life.

What Exactly Is Fibromyalgia 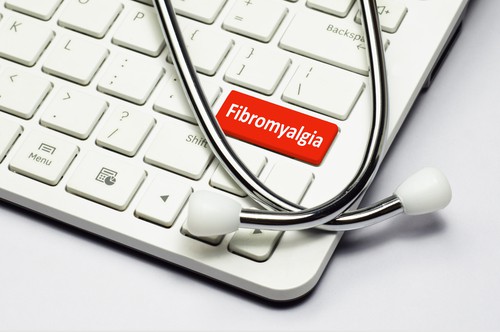 This is another chronic condition that is long-term and has no current treatments for. While many consider the condition as a muscular one, it also affects the bones, the skin, and the mental health. There are many symptoms that mimic other conditions, making it a little harder to get a diagnosis right away. When you do get a diagnosis, it’s harder than most conditions and illnesses to get under control. Often, fibromyalgia goes misdiagnosed for months and even years at a time.

Because of the lack of research and understanding of the condition, there’s still a stigma surrounding it. This is starting to disappear, but there are still some who believe that it’s not a real disease. The issue is lack of physically visible symptoms. Many are mental or invisible, which makes it hard for people to understand just how much pain you’re in.

There was even a time that doctors didn’t believe it existed. Many believed that patients were just seeking out a way to get more pain prescriptions due to addictions, rather than feeling the pain because of the condition.

As more doctors and researchers understand it, more patients are being diagnosed. It is possible that the number of cases is increasing because doctors are finally getting the diagnosis right, rather than the condition just becoming more of an epidemic.

The chronic pain condition is more than just pain in the arms or legs after a day on the feet. One of the most prevalent symptoms is the tenderness within parts of the body, known as a trigger or tender points. Just the lightest pressure causes immense pain throughout the body. These are the points now used to help diagnose the condition in patients.

However, the tenderness isn’t the only symptom. Many patients also experience fatigue but have trouble sleeping. When they do get to sleep, they can wake up unrested and struggle to cope throughout the day. This is because the pain is preventing the body from shutting down properly. Headaches can be more intense, and the fatigue makes it difficult to pay attention or focus.

There may also be a constant dull ache in the lower abdomen. All over the body can have relapses of intense pain and a dull ache, depending on the things you’ve done and the actions you’ve taken. The pain is often due to the nerves overreacting or the brain misinterpreting signals from the nerves. This leads to the interpretation of pain when that’s not what you’re really feeling.

Then there are the mental health symptoms. Because you’re in constant pain and tired, the happy hormones don’t have the ability to release and pass around the body. This means you’re more likely to suffer from depression. Doctors want to prevent this, so try to get a diagnosis as soon as possible.

Anxiety can also be a problem. You never know when the intense pain is going to return, which can lead to worries that anything you do will cause it. You may also have anxiety for many other reasons.

Doctors will often consider fibromyalgia if you’ve had a dull ache in the body for at least three months. The pain will usually not be associated with anything you’ve done, like a knock to part of the body. The pain is also usually in one of the trigger points.

Where Are the Trigger Points? 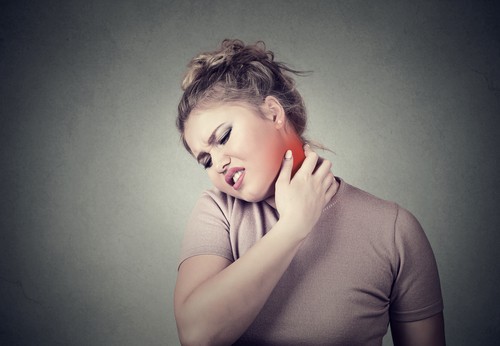 Your trigger points commonly affected are in the knees, hips, top of the shoulders, back of the head, and in the upper chest. Sometimes the outer elbows can also be affected.

Getting a diagnosis now can be difficult, even with the research. The problem is many of the symptoms don’t have ways of testing for them. Doctors will look out for widespread pain for at least three months without an underlying condition or identifiable reasons for the pain.

Blood tests may be taken. The tests don’t help to diagnose fibromyalgia but can help to rule out other reasons for chronic pain. This can just help your doctor narrow down the possibilities to help you get a diagnosis as quickly as possible to avoid the mental health problems.

Are You to Blame for Your Fibromyalgia? 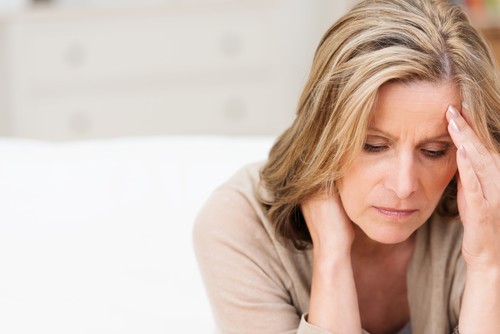 Of course, people want to know if they’ve caused their own conditions. Could you have done something different to prevent them?

There is some good and bad information. I’ll get the bad out of the way by telling you that there is still little understanding about the reasons for fibromyalgia. However, the good news is many of the factors noted so far aren’t factors you have a lot of control over. It’s nothing that you’ve done.

One of the reasons is linked to the genes, which you have no control over at all. If you have a family member with the condition, you will want to mention this to your doctor. However, a previous family member doesn’t need to have had physical symptoms. Researchers believe there may be a genetic mutation at play, which can be dormant for decades. So far, the exact gene mutation hasn’t been noted yet.

Infections and trauma are two other reasons linked to fibromyalgia. They don’t cause the condition but can trigger it. The trauma can be both physical and emotional, with many who suffer post-traumatic stress disorder finding themselves suffering from the chronic pain later in life. Both may be linked to inflammation within the body, as well as stress. Those with other autoimmunity disorders are more likely to suffer from it, especially if you have rheumatoid arthritis, lupus, and other similar conditions.

Stress has been linked to fibromyalgia being triggered in the body. Those with stress problems have hormonal disturbances, which can lead to inflammation and other chronic health issues.

Exposure to constant pain can also make the condition worse. One of the theories is that your pain threshold is lowered for various reasons, especially constantly stimulation. That means your brain can’t process as much pain as it used to be, so what used to be mild becomes excruciating over time. The nerves can also become more sensitive to stimulation, so the nerves send a more exaggerated message to the brain.

Some of the factors aren’t understood by researchers at all. Most patients are females, and doctors and researchers just can’t understand why.

There Is No Cure 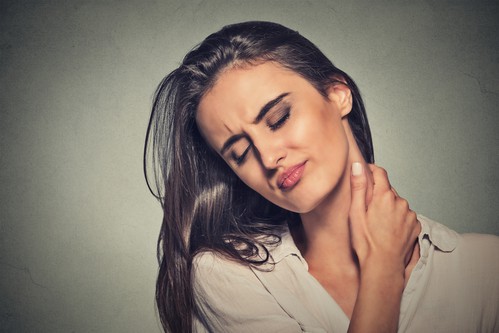 Unfortunately, there is no cure for fibromyalgia yet, especially since researchers are still trying to understand the symptoms and reasons for it. There are treatments, but they’re used to help treat the symptoms rather than the actual condition. Lifestyle changes are also highly recommended to help manage the symptoms.

Hospitals and health centers have started offering group therapy classes. These classes are to help manage the mental effects of the condition since living with fibromyalgia can be extremely difficult.

However, because there is no cure and it can have such a taxing effect on the body, it does mean that you can be registered disabled with it. This is something that will take time, as you’ll need to show the symptoms are preventing you from performing your everyday tasks. The condition will also have to have impacted your life for 12 months or more.

You’ll need to have your doctor on the side to show that your condition is preventing you from leading a normal life. Because this condition can be subjective, and the symptoms can differ in severity, it can lead to being denied disability claims at first.

Managing Your Symptoms with Fibromyalgia Treatments 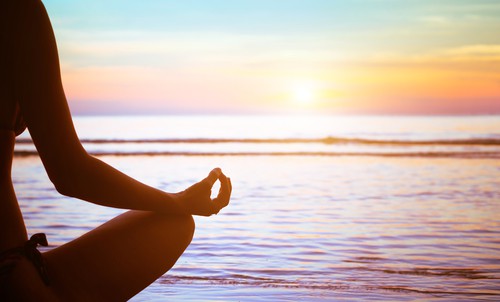 Just because the condition is permanent doesn’t mean you just have to put up with it. There are treatments and lifestyle changes that can help you manage the symptoms. These treatments can at least help you get on with your life.

Pain relievers are among the most common treatments offered. Some people will find over the counter medications like Tylenol or Advil are enough. However, as your pain gets worse, you may find you need to get stronger medications. Your doctor will be able to discuss your options, as they’ll want to avoid dependency on medications. Ultram is one of the least prescribed medications because it is highly addictive and has a range of adverse side effects.

If your mental health is suffering because of the condition, medication for that is available. Antidepressants are commonly prescribed, helping to manage both the depression and anxiety symptoms. You can also get some medications to help improve sleep, including melatonin.

In some cases, the condition can lead to some seizures. This is often due to the fatigue symptoms. Some anti-seizure medications are often prescribed to help manage the symptoms, including Neurontin and Lyrica.

If you want to avoid the over the counter and prescription medications, there are some natural remedies suggested by many. These aren’t addictive and will help to keep the symptoms under control throughout the day. They’re not a one-size-fits-all approach when it comes to pain and symptom management, but they’re worth trying.

Some of the most effective treatments include:

Since stress is one of the most common triggers for fibromyalgia, it’s important to work on lowering the amount of stress you feel. Therefore, yoga and meditation are extremely popular natural remedies. Look for ways that will help you manage your stress levels. You’ll find it easier to sleep on a night, which can help reduce the feelings of fatigue during the day.

Likewise, you can use natural methods to reduce the mental health effects. Group therapy is popular for those with depression or anxiety, as it’s possible to discuss everything that’s causing the problem. Find group sessions with other fibromyalgia patients. They are likely to understand your condition and fears more. Find groups that have new patients and those who have battled the condition for years to get a mixture of new and old tips.

You can manage some of the symptoms through your diet. As it’s the nerves and brain that are affected, you’ll want to focus on a diet that reduces inflammation and helps to support the central nervous system health. This means reducing the amount of meat you eat and getting more plant-based foods. Also reduce the amount of sugar you eat, especially added sugar.

You’ll also want to increase the amount of water you drink. Dehydration can affect the nerves directly and cause stress levels to rise.

You don’t have to become a victim to your condition. It’s not going to be easy, but you can take steps to improve your lifestyle and get rid of the constant pain. There are medications available to help manage the symptoms on a day to day basis, but your focus should be on taking natural steps to avoid addiction and live a fuller life.

6 Ways You Can Improve Your Eye Health

What Is Calcium Blood Test and Why Do You Need to Be Aware?

Everything You Need to Know About Flu Shots

Everything You Need To Know About Joint Supplements