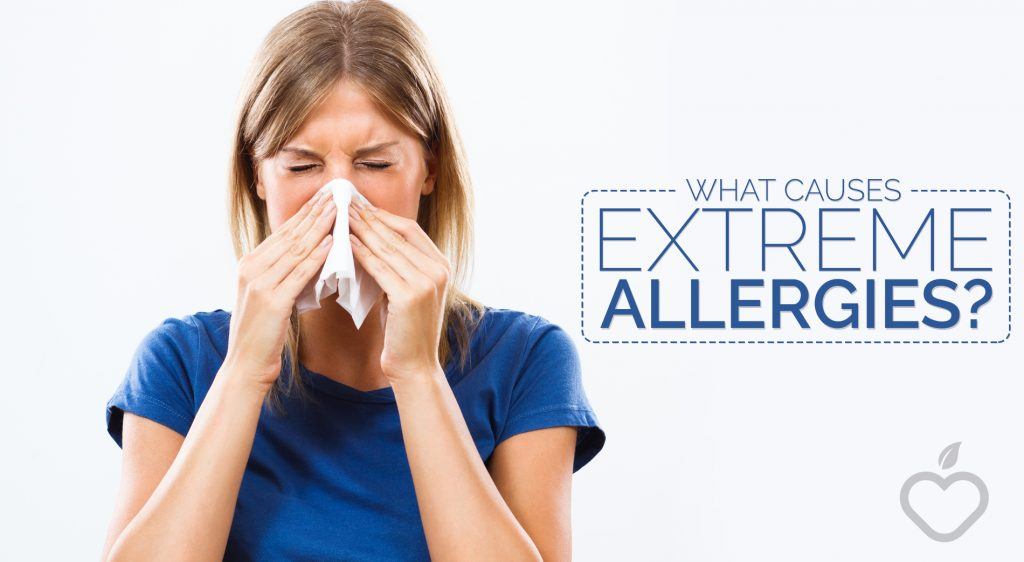 Allergies come with all sorts of symptoms and in varying severities. For some of us, it means a slight irritation or small rash that appears. We can have some swelling and minor discomfort. Others can experience major swelling, pain, and life-threatening symptoms.

It seems there are allergies to almost everything in the world. While peanuts and nuts (peanuts are legumes, remember) are the most common, gluten, dairy, soy, and wheat are now heard of on a regular basis. Allergies have become so much of a problem that schools are banning certain products and workplaces ask their employees to think about the type of products they bring for snacks and lunches.

Some of the allergies can be difficult to work around. Airlines must ban all peanuts because of the severity for some people. Just breathing in the scent of peanuts can set allergies off.

But why do we have these problems? Just where do the most extreme allergies come from? The more we understand, the more we can work around the allergies and the symptoms.

Here’s a look at what causes extreme allergies and what you can do about them.

Scientists Don’t Have All the Answers 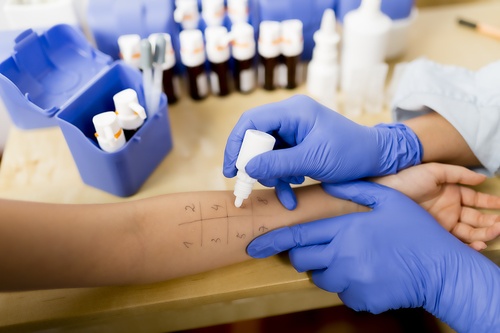 It doesn’t make it easy when we’re all different, and we all have some different symptoms. Some people will come out in rashes on the skin, while others experience swelling. And to make it even harder, some of us outgrow our allergies! It’s been regularly noted that children can overcome certain allergies, especially dairy and soy allergies!

There are others who will find age leads to worse symptoms. Some adults will even notice allergies that they didn’t have as a child.

With everyone being so different, it’s understandable why scientists and researchers struggle so much. They never get the same results in studies, and there are just so many allergic reactions that can appear. Plus, some of the tests would be inhumane and immoral. Is it worth putting someone at risk by setting off an allergic reaction to test the symptoms and severity?

There are just so many limitations in research that mean results just cannot be trusted in full. Researchers must look at past reports, which may not have the full details for various reasons!

One thing that researchers do agree on is the reason for allergies to occur. It’s not that the food or items are harmful to the body. The problem is the immune system thinks that the items are dangerous.

Most Allergies Get Worse with Frequent Exposure 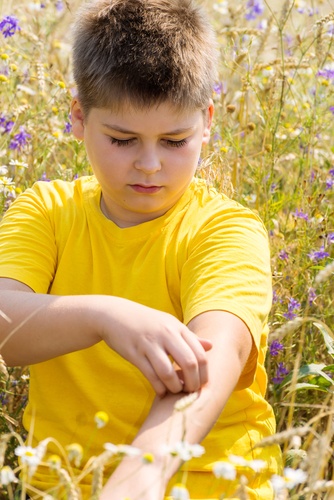 On the other hand, allergies can get worse over time. There will be people who had mild symptoms as a child and now can’t go anywhere near certain products as an adult.As people get more exposure to a certain item they’re allergic to, the symptoms get worse. What used to be a mild irritation turns into life-threatening symptoms. This is especially common with a bee sting or latex allergies.

Remember that your immune system thinks that the innocent items and food are dangerous. More exposure means that your body must work harder to “fight the infection.” More antibodies are released, so you end up with more symptoms as the antibodies get to work. The items linger because the immune system isn’t working on anything and that leads to more antibodies being released.

Your immune system will also become sensitive to the item that you’re allergic to. It will react to even the slightest exposure. Scientists believe that this is one of the biggest reasons for extreme allergies. Just the slightly breathing of vapours from a certain food can trigger the immune system to set off the antibodies to fight the non-existent infection.

There is nothing that we can do to prevent this. The only option we have is to avoid exposure to the “toxin.” This can be almost impossible in some situations.

Schools have tried to ban certain items, but parents of those not affected by allergies complain. They don’t realise that the symptoms get worse and antihistamines and epi-pens don’t always work!

Some Allergies Seem to Be Genetic 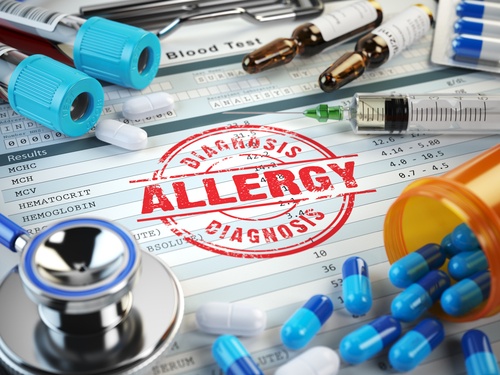 The allergies can also be worse in children. This could be because of the immune system effect being passed on or because of exposure during pregnancy. This is a type of research that scientists are still considering, but it is very difficult to find out all the reasons.

However, genetics is not the only reason. There are some parents who have no allergies at all, but their children have allergic reactions to various types of foods. Some will be allergic to shellfish and seafood while others are allergic to dairy, eggs, and more.

Some parents will be allergic to one item, but then the children are allergic to others. There doesn’t seem to be a complete rhyme or reason to the genetic element.

Allergies Can Develop in the Future

A child may not have an allergy at all. It’s only in adulthood that allergies are noticed. This can be common with wheat, gluten, and lactose. Hay fever is another that can develop in adulthood.

Doctors believe that it is the continued exposure to the allergen. The immune system didn’t initially notice it as a dangerous item, but over time it is viewed as a toxin. After a decade or so of repeated exposure, the body starts to fight off the “infection”, and that leads to the allergy side effects.

When you get a later exposure to the item, the immune system is ready with the antibodies to attack. The more exposure you get, the worse your symptoms will become.

There is no way of predicting how an allergic reaction will affect you and whether it can be stopped later. Doctors recommend that you cut out anything that triggers your allergies instead. 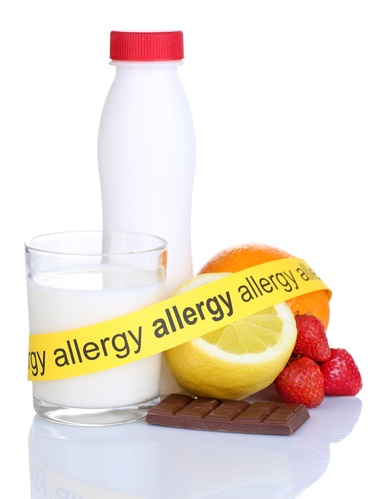 There were no reports of allergies in the Palaeolithic era. They only started when agriculture became a popular way to create food for mass production. This has led to many gains the theory that modern-day processes, chemicals, and pesticides are the reason for the growth in allergic reactions.

It can certainly make sense. There are more toxins in the air that the immune system now struggles to tell the difference between something healthy and different and something dangerous. It’s best for the immune system to act on the side of caution rather than risking death, right? Of course, this can get annoying, but it does explain the sudden increase in allergies.

The argument against this is that we don’t fully know about allergies in the Palaeolithic era. For all we know, there were allergic reactions. However, people didn’t live long enough, and the era is that long ago that we don’t have any way of testing for this. There is also the problem of no medical records.

There may have been allergic reactions that we’re just missing because of the lack of information. There’s also no proof that it has just been the chemicals, gluten, etc. that have caused the allergic reactions to things like bee stings, insect bites, and more. Like everything else, more research is needed to see just how changes could have caused more allergens in the world.

What You Can Do to Prevent Allergies 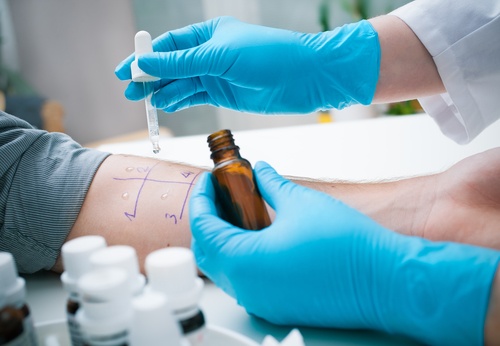 If you have an allergy, you will need to take steps to prevent the symptoms. While there are some treatments available, not all of them, work properly. This is because we are all different. Medicines can only be created for the average person and in some cases, are strong enough just to minimise the symptoms and not completely get rid of them.

Doctors will recommend that you avoid the allergens. This is the only way to guarantee that you won’t have any symptoms at all. More exposure could mean that glass of milk you once could tolerate is now something that sets off your allergies! You won’t know before you have it, which means you could put your health and life at risk.

It can be difficult to avoid everything. You can’t control what other people have around you. If your allergy is that severe, you will need to look out for ways that you can limit that type of exposure. Talk to your boss or your child’s school principal about methods to take when you’re out of the house when that severe.

But what about dust, mould, and other common, everyday allergens? Most these aren’t things you can avoid. The good news is that the body won’t usually have a severe reaction to these. We all tend to have allergic reactions to these items, but the body knows how to work against them without setting off the antibodies.

Why? Well,it’s another thing that researchers are considering. It is likely because these are elements that have been around from the beginning of time. Pet dander and pollen are common problems that may get worse over time, though!

If you do have pollen allergies, you may also find that you have allergies to foods that have similar make-ups. This is due to the cell structure, which confuses the immune system. You’ll need to avoid these if they cause an allergic reaction.

There is still a lot of research needed into allergies and the reasons behind the severe reactions. Chronic allergy symptoms are noted around the world. It’s not just the western cultures with the chemicals and pesticides, although there are more reported cases of allergies.

Unfortunately, there is little that you can do to stop the allergies from occurring. The symptoms are side effects of the way your immune system reacts to food and items you have. Your immune system believes the allergens are a danger to you and stop them from hurting you, even if they are completely innocent.

The best thing you can do is avoid all contact with the items you’re allergic to. It won’t be easy, but you do take the best step to avoid severe allergic reactions. Even if you have mild symptoms now, repeated exposure will make your reactions worse, so you will want to avoid them as much as possible right now.

10 Herbs to Cleanse Your Kidneys – Infographic

What Is Calcium Blood Test and Why Do You Need to Be Aware?