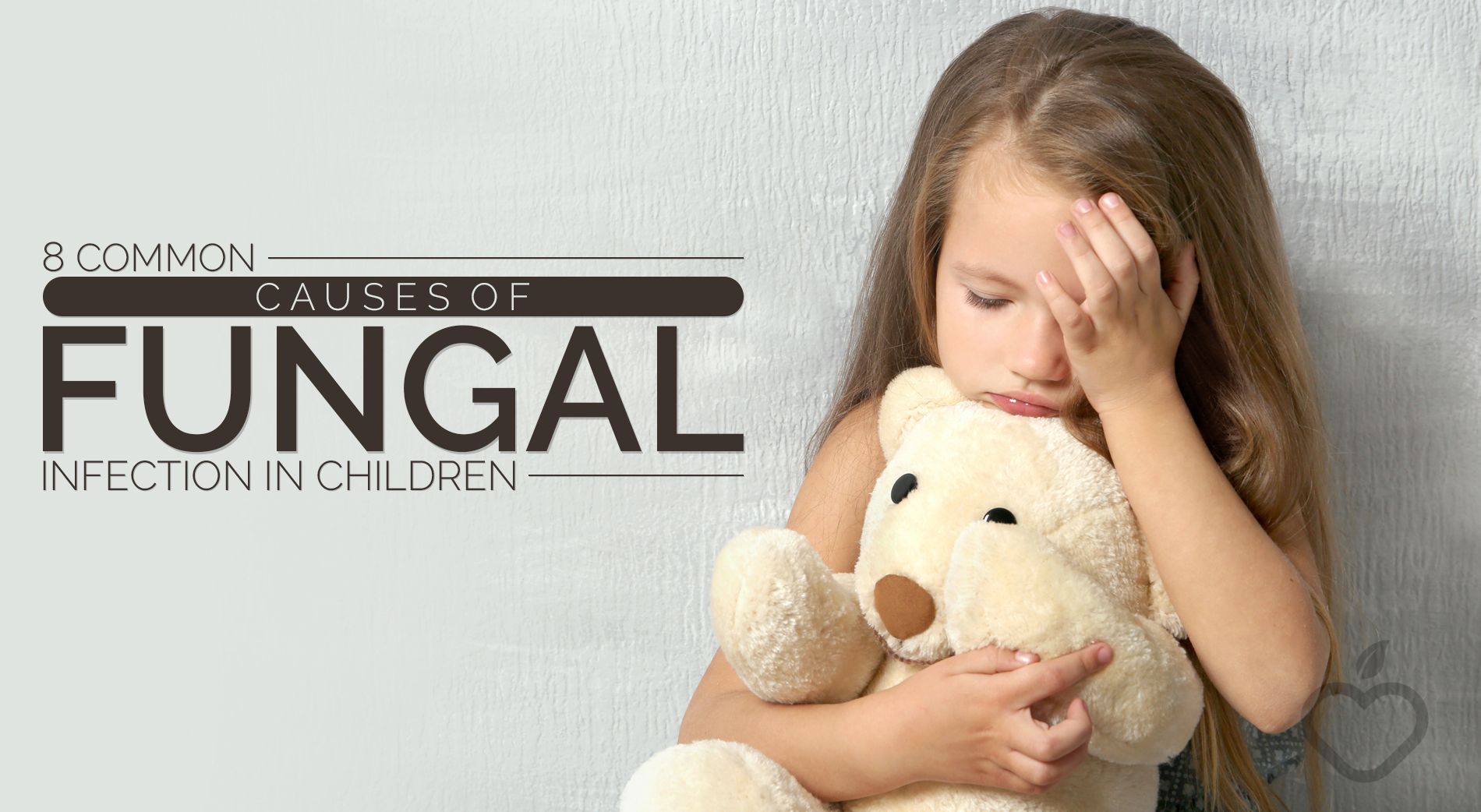 Children tend to pick up fungal infections easily. It can be a fungal nail infection, athlete’s foot, or other similar conditions. Fungal infections are irritating and easily spread around the rest of the body.

But what exactly causes these fungal infections in children? By knowing the causes, you can take steps as the parent to prevent more infections and to spread the fungi around the body. You can prevent the infections from getting worse and take steps to cure them.

Here’s a look at the eight most common causes. You may be surprised at some of the reasons you children are getting infected.

Parts of the Body Not Getting Enough Air 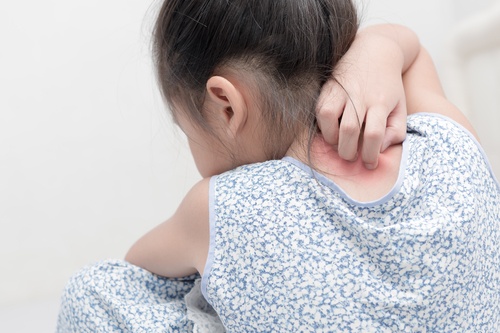 Jock itch is one of the most common types of fungal infections in children, especially in teenagers. It’s known as jock itch due to the location of the rash that forms: around the groin and upper thighs. However, it can spread to other parts of the body.

The most common reasons for jock itch and similar fungal infections to spread are parts of the body not getting enough air. The skin sweats in hot climates or when it overheats. Children may be overweight, exercise a lot, or just like to run around. They may also wear tight clothing that makes it harder for the body to breathe.

As the body sweats, the area around the groin becomes damp and warm. This is the perfect breeding area for fungi, which spreads and causes the rash to form. Irritation of the skin also opens the skin for infection, making some fungal infections even worse.

The best way to tackle this type of fungal infection is to open the skin to air. Encourage your child to wear looser clothing when possible. Cleanse the area properly and dry it fully after a shower.

Fungal infections transfer onto other surfaces. The fungi grow and spread, but live on for days. If you’ve recently dried your body with a towel, you can spread the infection around the rest of it. You can also add the fungi back into areas of the body when you come to using the towel again.

Athlete’s foot and nail infections are highly common in military personnel. While they are not children, due to the highly commonplace infections, they have researched into why the infections happen. The causes are extremely like the causes in children: reusing towels and poor ventilation for the skin.

It’s worth letting the body dry out naturally where possible. Give the skin chance to repair and get some air. You will also create a cooler space for the skin to avoid fungal infections growing.

Suffering from Other Inflammatory Diseases 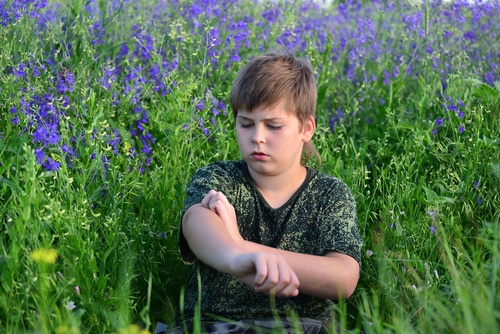 Children who suffer from inflammatory diseases can find that they get more fungal infections. There are a few reasons for this to happen.

At the same time, inflammatory diseases can lead to higher growths of bacteria and fungi. The body is creating the perfect negative space with out of control hormones.

It’s important to tackle the reason for the inflammatory diseases before tackling any of the symptoms. Limit the drugs used to reduce inflammation and look for the reason your immune system is playing up first. Drugs and pharmaceutical treatments are considered problems for fungal infections, which leads us onto the next common reason.

Far too many doctors are prescribing antibiotics. This is especially a problem in the United States and partially blamed on the Big Pharma culture. However, other Western countries are also seeing an issue with over-prescription of antibiotics.

Not only is this antibiotic problem leading to resistant bacteria, but also an increase in fungal infections. This is due to the way antibiotics work within the body.

When you take antibiotics, you will lower some bacteria in the body. However, you create the perfect breeding ground for fungi. More yeast infections form, which is a form of fungal infections. They can be noted in the mouth, groin, and urinary tract.

Mouth fungal infections, such as thrush, are extremely common in babies that must take antibiotics. As children get older, vaginal or groin thrush infections are more common. These infections are easily spread on their bodies or between people.

As you’re bathing your children, you will need to wash your hands thoroughly afterward. Avoid touching your skin or mouth, as you run the risk of spreading the infection around yourself. You should also avoid touching other surfaces until you’ve washed your hands. This is another common cause we’ll move onto.

There is little that you can do to prevent fungal infections when taking antibiotics. One of the best options is to add more probiotics to the body, helping to reduce the bad bacteria and yeast growth within the gut. This isn’t necessarily going to prevent the fungal infections, but it can help to limit them. 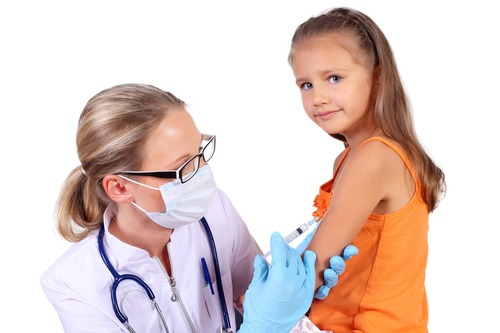 It’s difficult to avoid this. You may not even know that the fungus is growing on the surface. Therefore it’s important to teach children about good hygiene from an early age. Encourage them to wash their hands regularly and not touch their face with their fingers.

One of the most problematic areas is the communal swimming baths. Many children can get fungal nail infections or athlete’s foot. The fungus sticks around on the surfaces, and your children walk over it and contract the infections.

Encourage children to wear flip-flops when walking around communal areas. This is the best way to avoid the spread of the fungi completely. When using towels for drying, put them straight into the wash when you get home rather than reusing them. This helps to get rid of any fungi that your children have picked up from the communal areas by mistake.

Transferring from Cats and Dogs

The most common type of fungal infection passed from pets is ringworm. You don’t have worms in your body. The infection comes out as a round, scaly rash that has the appearance of worms in your skin. This is where the name is developedfrom.

Jock itch (which has already been mentioned) is a form of ringworm. It can appear anywhere on the body and is extremely common in parts of the body that get moist and warm. The armpits, the chest, and between flaps of skin if overweight is commonly problematic areas. In children, it is also common to the ears and on the face. It can appear as a small rash or bump at first, so it’s easily overlooked.

Leaving Wet Diapers for Too Long

Babies and toddlers commonly get fungal infections through no fault of their own. Because the fungi grow in areas that are damp and warm, the groin area is highly affected in babies. Wet diapers being left for too long are among the most common reasons for fungal infections to start growing. You may not even notice them at first, and they can look like normal diaper rashes.

Not all babies will suffer. You can also use an ointment like Vaseline to protect the skin from moisture affecting it and avoiding issues with fungus growth.

If your baby is getting infected, look at changing the diaper every couple of hours or so. Give your baby’s bum a chance to air out, opting for diaper-free time daily. This is good right after a bath while laying on a towel in case there are accidents. If your baby likes to crawl or run around, you will have to consider the pros and cons of diaper-free time and fungal infections.

By no means does this make you a bad parent! You won’t always know how long your baby can cope in a diaper. Some of them have sensitive skin compared to their peers, making wet diapers more irritating and perfect for fungal growth. Listen and watch out for cues that your baby’s diaper is causing the problem.

You may need creams from your doctor to take care of your baby’s fungal infection. One good natural treatment is zinc oxide cream.

Accidental Spreading It Themselves 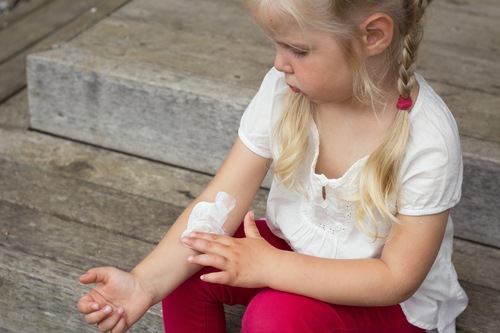 The most common reasons for fungal infections are children spreading the infections themselves. It’s so easily done, considering how contagious most of fungus is.

Children don’t have much control over what they do with their hands. They’ll touch their skin without even thinking about it. When they touch their feet with athlete’s foot, they pick up some of the fungi, and that then spreads across the rest of their body. The hands are the most common places to get secondary infections.

It’s important to encourage good hygiene routines. Encourage children to stop touching their faces and other parts of the body, especially if they have touched where the infection is. It’s also worth encouraging them not to scratch at the infection. This just makes it worse and will lead to more inflammation and soreness.

This is difficult. Don’t get too irate with your children for not following your suggestions. Children don’t have much in the way of impulse control, especially if they’re under the age of 5! They won’t think anything of scratching at an area that’s itchy and then touching their faces.

Keeping Fungal Infections Out of Your Home

It’s not going to be easy to prevent all fungal infections entering your home. Children can pick them up from friends, strangers, and even themselves. The fungus grows in warm, damp areas and there are certain parts of the body that are perfect breeding grounds.

The above eight causes are the most common. You may be surprised to see just how common your children do some of the actions, especially touching parts of their body and running around on potentially infected surfaces. The towel transfer is one of the most shocking for parents, as they wouldn’t even consider their used towels to be a problem.

Help your children avoid spreading infections themselves by encouraging them to follow good hygiene. When they are too young to do anything themselves, change their diapers and change the way you use towels after bath time. Don’t forget to let them air out parts of their body to reduce the heat around the usually damp parts of the body. Check out strongest smelling body wash here.

The Ultimate Guide To Teenage Fitness And Wellness

Laser Hair Removal: Is It Really Worth It? – Infographic