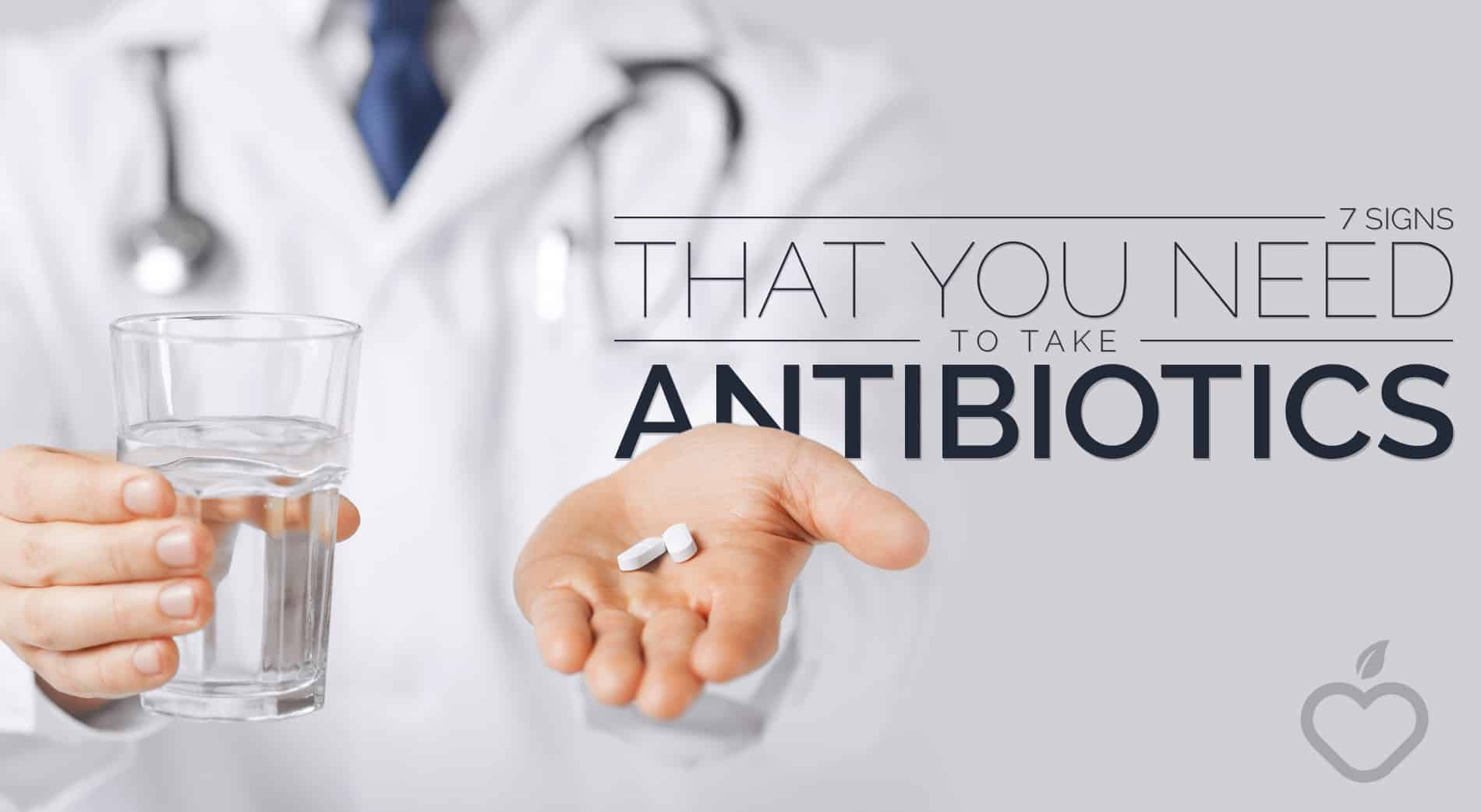 You may have heard of the overuse of antibiotics. The point of antibiotics is to kill bacteria that can make you extremely ill. There are times that people use antibiotics when they don’t actually need them, but then there are also cases where people don’t use them when they’re the only way to fight against infection.

Before assuming you don’t need a doctor and you can avoid antibiotics, listen to your body and look at all your symptoms. You want to do the best thing for your health and your body.

Why Are Antibiotics Important?

When bacteria multiples, it can cause infection. Antibiotics are strong types of medications that will kill the bacteria, but an overuse has led to the bacteria developing and becoming resistant to the medications. The infections are harder to cure, so you should only take antibiotics when you really need to.

There’s no point taking the medication for a viral infection. If your doctor says that it’s likely viral, then you’ll need to allow your body to fight the infection yourself.

You Have a Fever 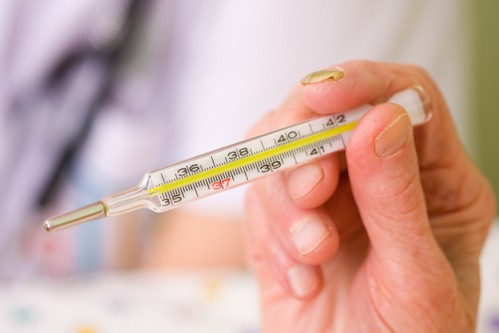 A fever is more than just a high temperature. Your body temperature will increase when you’re ill, as your body attempts to fight the infection. When it’s a bacterial infection, you will usually have a fever, which can be accompanied by chills and shakes. It can feel like everything around you is wet from the sweat dripping from you.

However, this can also be a sign that you have a serious viral infection like the flu. The doctor won’t be able to tell just from this one symptom, but it is something they look for. If there’s a chance that you contracted the flu, your doctor will look at every symptom you have and consider whether flu is circulating at the time.

Chances are that if you only have a fever, your doctor will consider antibiotics. This is a sign that there’s a bacterial infection, possibly a skin infection (which we’ll go into soon). The lack of other symptoms can be extremely worrying for doctors, as it means there’s an injury or problem that hasn’t been located yet.

When your body is fighting an infection, some of the snot from your nose will change color. One of the signs of bacteria is having green or yellow snot. You can also have green or yellow phlegm when you a cough.

Viral infections usually lead to thin, clear secretions. You also won’t usually have any phlegm come up. You’ll want to discuss this symptom with your doctor.

However, there are times that green or yellow secretions can be a sign of a tough viral infection. Your doctor will still have to look at other symptoms, but the color is a good indication.

One of the ways to tell if the discolored snot and phlegm is bacterial is to look at the thickness. The viral discoloration will still usually be relatively thin. With a bacterial infection, the phlegm usually becomes much thicker and tougher. There may also be some blood when coughing, as the infection gets worse.

You’ve Been Sick for Weeks

While viral infections can stick around for a couple of weeks, they will start to improve. You’ll usually see that some of the symptoms disappear and you have days where you feel much better. Bacterial infections, on the other hand, don’t improve on their own. You need the antibiotics to fight off the growths within the body.

In some cases, viral infections can develop into bacterial infections. While your doctor initially believed you were suffering from something viral, over time the bacteria joins in and makes your symptoms worse. One of the signs that your viral infection has turned into a bacterial one is if you started to get better but then the illness got worse a couple of days later. This is a sign that it was originally viral but that the bacteria have stepped in to make the condition worse.

It’s easy to think your doctor made the wrong decision at first. Your doctor wasn’t initially wrong, but your body just couldn’t stop the bacteria making your illness worse.

You Have a Sore Throat Without Other Symptoms 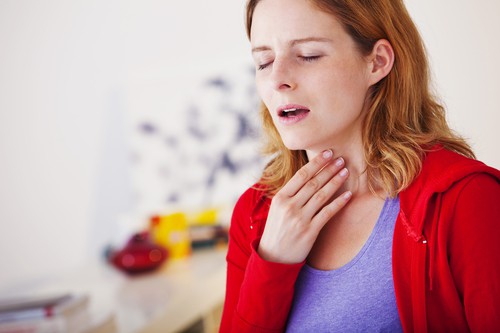 A sore throat can be one of the symptoms of viral infections. However, you will also have many other symptoms, including a runny nose, runny eyes and just that feeling of being under the weather. What you actually need to look out for is a sore throat with no other symptoms at all. This is a sign of strep throat and requires antibiotics to treat.

Your doctor will want to know about all symptoms you or your child has. They’ll assess the chances of various dangerous bacterial infections.

The good thing about strep throat is there are tests that can be carried out in the doctor’s office. This is known as a rapid antigen test or a culture test. This is often one of the only ways to definitely determine if the condition requires antibiotics or not.

When it comes to children, the recommendation is the test a culture first. The majority of infections and sore throats are linked to a viral infection or an irritant. There are very few bacterial infections that need treating, but people are a little too quick to jump to antibiotics. The medication isn’t going to make the condition any better and cause more harm than good.

While a sore throat isn’t an instant identification of a bacterial infection, there are other signs that you need antibiotics. Your sore throat may also be accompanied with white spots at the back of the throat. A few small spots can appear when your body is fighting against a viral infection and they will usually disappear within a couple of days.

When the infection is bacterial, the white spots will continue to form. You will also usually see swelling at the back of the throat and around the glands. In some cases, you’ll physically be able to see the swollen glands, with many people joking that they look like chipmunks! Your doctor will check the back of your throat for any signs of a bacterial infection.

You will also want to share about any symptoms you have linked to swallowing. A sore throat will make it painful to swallow, but a bacterial infection can make it almost impossible. Food can feel like it’s caught and you can feel like you’re trying to swallow the swollen glands!

One of the most feared infections in children is meningitis. There are all these horror stories of otherwise healthy children suddenly coming down with the bacterial infections and being unable to fight off the infection. Their immune systems struggle.

A rash is one of the first signs of the bacterial infection. Before you worry about every rash, this is one of those that doesn’t disappear with the tumbler test (where you place a glass tumbler over the rash to see if it fades). After all, rashes can also be signs of viral infections, irritations, and allergic reactions.

It’s still important to keep an eye on the rash. If it gets bigger, grows redder and also sees some discharge, there’s a sign that it’s more serious than viral infections. You should also watch out for inflammation and other signs of illnesses. A bacterial rash will usually be linked to high fevers, floppiness, and extreme fatigue, especially in children.

Your doctor will likely refer you to the hospital if there is a fear of a serious bacterial infection from the rash. This isn’t something that’s taken lightly. At the hospital, tests can be carried out to make sure it’s bacterial, the type of bacteria and the best type of treatment.

There’s Seeping from a Wound

If you’ve been injured, you’ll want to keep an eye on the wound as it heals. While redness and swelling are expected for a couple of days, this should disappear on its own. It’s just the body healing itself and the immune system kicking in. However, there are times that bacteria get into the wound and start to multiply.

Prolonged redness, swelling, and pain are all signs that the wound has become infected with bacteria. You will then start to see some seeping from the wound. This seeping can start fluid and light but turns yellow and green. Some blood can appear depending on the wound. If left, the seeping will get worse and grow darker and more serious.

The only way to treat bacterial skin infections is through antibiotics. You will need to speak to your doctor as soon as possible, especially if you’ve been injured deeply or you’ve been through surgery. Most surgery will require days in the hospital afterward, where your health care team can test your body temperature, listen to your symptoms and check on the healing areas to make sure it’s clear.

A bacterial infection will also prevent the wound from healing fully. It becomes extremely painful to just touch with even clothing over time. It will also feel hot as the infection grows and you can start to gain a fever with no other cold and flu symptoms.

You will also want to consider how quickly the weeping and discharge came about. A sudden case of inflammation and weeping is a sign of a serious bacterial infection. You should go straight to the hospital. This is especially the case if it’s linked to an injury or surgical area.

The Test Cultures Come Back Positive 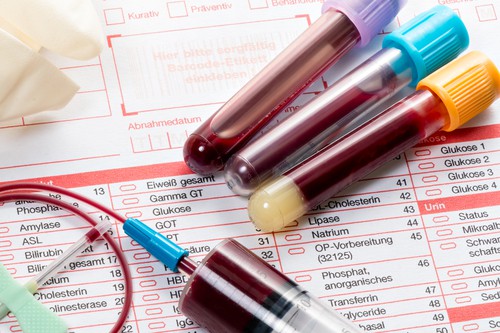 The only way to definitely tell you to need antibiotics is to get a test culture. This is something your doctor will be able to carry out, with the majority of them happening while you wait. Without the test culture, your doctor is making an educated decision on whether the infection is likely viral, bacterial or infection.

If you want to make sure you have been treated for the right infection, ask for a culture test. Depending on where the infection is, this can be tricky. For example, a bacterial ear infection will usually mean perforating the eardrum to get some of the fluid, so it avoided unless absolutely necessary.

The most common tests are carried out when there’s the consideration that the illness is in the throat or chest. It’s much easier to collect the fluid, whether through the salvia in the mouth or through the phlegm that you bring up. If you have a stay in the hospital, other fluids are collected for testing to make sure you get the right treatment.

Do You Need Antibiotics?

There is a serious problem with overuse of antibiotics. Many antibiotic-resistant forms of bacteria are becoming a major concern. One of the most common MRSA, but there are many others. Before you jump straight to the idea that you need antibiotics to treat your infection, make sure it’s definitely a bacterial one.

Viral infections annoyingly have no treatments. Fungal infections need a different type of treatment. Antibiotics will kill all bacteria in the body (including the good stuff) leading to possibly other health problems afterward, such as fungal and yeast infections.

Your doctor will want to listen to all your symptoms and look at those that are visible. There are some that are more serious than others, especially discharge from wounds and rashes, that can indicate bacterial infections immediately. However, most of the time, the only way to determine if there’s a bacterial infection is a culture test. Check out more info on apple cider vinegar for mucus in throat here

The Importance Of Physical Fitness - Infographic

Everything You Need to Know About Candida Fungus Infection

Fact Matters: The Ultimate List to Eating Disorders and Why They Happen

The All-in-One Guide to Treating Sinus Infections in Babies