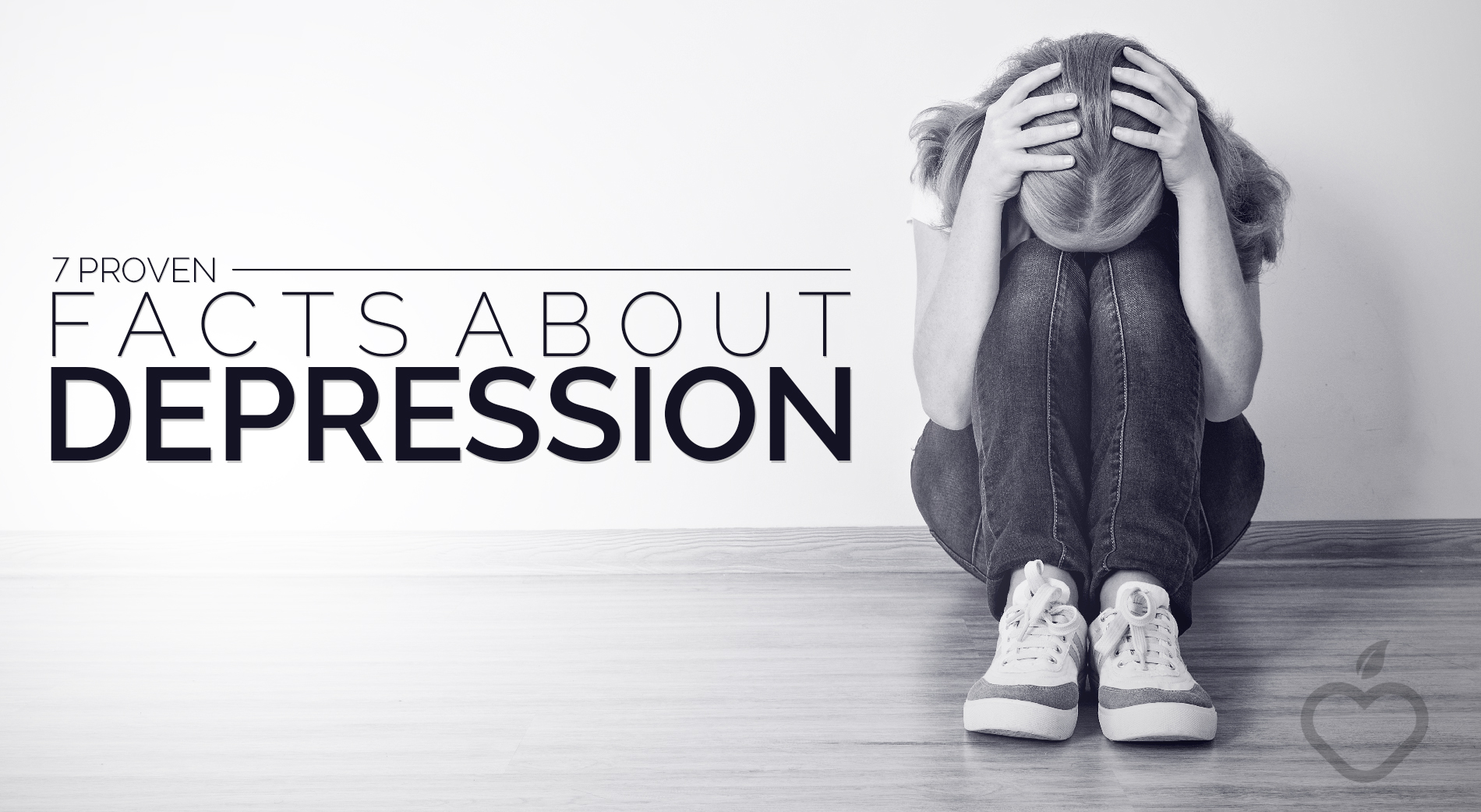 Mental illnesses are still only partially understood. Depression is one of the most common mental illnesses but often overlooked or ignored. It’s a taboo subject, as people view it as a weakness. However, that’s not the way depression should be viewed. People who suffer from depression need help and support.

It’s time to understand more about the mental illness. Someone you know could be depressed without any clear reason. It affects people differently and to different extents. However, everyone can benefit from people who are there to talk to when needed.

If you’ve been diagnosed with depression, it’s important to know that this isn’t a weakness. It’s a sign that you need support in your life. Getting treatment is the best thing you can do.

Here’s a look at seven proven facts about depression. They may help you understand more about it.

Women Are More Likely to Suffer from Depression Than Men 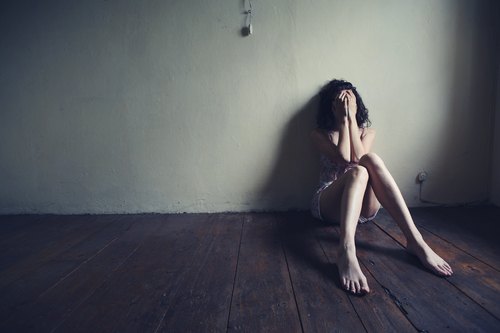 While it doesn’t only affect women, the fairer gender is more likely to suffer from depression. In fact, women are 70% more likely to be depressed at some point compared to men.

Why is this? Well, there are a few reasons. Hormones are certainly one of the reasons. Women suffer far more hormonal fluctuations throughout life. The monthly cycle affects estrogen, which can affect energy levels and happy hormones circulating throughout the body. Just look at postpartum depression. This is linked to the fluctuations in hormones after the birth of the baby.

However, it’s not just the hormones. The expectations in life also contribute the likelihood of depression. Women are more likely to feel the stress of a successful career and being good parents. Despite a move to women having equal rights in work, there is still the view that the home is a woman’s work. Many women will bend over backward to keep the home running fully.

It is possible that men suffer from depression but don’t get a diagnosis. This certainly skews the figures. Women don’t have the same mental stigma as men do. Women are more likely to talk to their doctor and receive treatment, while men are more likely to suffer in silence. This can often lead to more men spiraling and attempting suicide.

While many people believe that depression is being very sad, that’s not the case. This mental illness has a deeper root than just being “a little sad.” There’s a genetic element. Experts state that 50% of the factors linked to depression is genetic.

Severe depression has a deeper root linked to genetics. Those who suffer milder forms may not have any genetic link at all.

With all, genetics is certainly not the only reason someone will develop the mental illnesses. We’ve already looked at hormones, but there are also other psychological and mental reasons. Those who have suffered a bereavement, stress, or abuse are more likely to develop depression.

Unfortunately, the exact reason for depression isn’t known. The element in the brain that causes it still isn’t understood. Research continues, but until that is known, doctors can only go off the symptoms and find ways to treat their patients the best.

Medication Isn’t the Only Way to Treat Depression 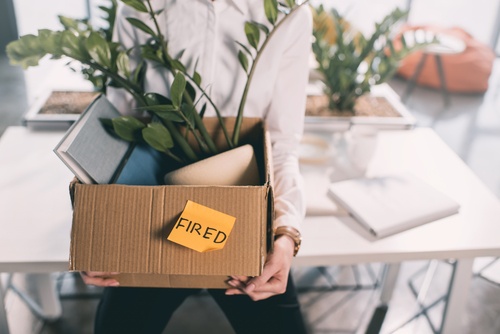 Anti-depressants are commonly given to patients to treat depression, but they’re not 100% effective. In fact, you may not need to take medication at all! It also takes time for any type of treatment to work.

Only around 50% of people treated for major depression with get better with their first course of treatment. Doctors now refer to the other 50% as having treatment-resistant depression. This doesn’t mean the treatment will never work, but that it will be much harder to improve the symptoms.

There is a genetic link to the treatment-resistant depression. If someone in your family had it, then you are more likely to develop it. However, there are other factors involved, and doctors will consider all reasons.

Don’t just give up on the treatment. Discuss a different dosage or type of medication.

You can also discuss other types of treatments. Psychotherapy has now become a popular option, as well as cognitive behavioral therapy. Both involve talking, changing patterns and behaviors, and looking at life a different way. They can be used with medications, but that’s not always necessary. However, medications have been proven more effective when used with psychotherapy.

Women find psychotherapy more beneficial than men. They are more likely to talk about their feelings, so they get better the quickest. Psychotherapy is highly recommended for pregnant and breastfeeding women, as the effects of anti-depressants on babies are unknown.

All treatments will take the effort to work. There is an element of behavioral and thought pattern changes, especially when it comes to cognitive behavioral therapy. You will need to be willing to open for the therapist to help with suggestions and clear the air.

If you’re interested in other alternative medications, you may want to consider magnets. This is one of the newest ways to treat depression. The magnets cause pulses that go through your head. It’s also known as repetitive transcranial magnetic stimulation and will need to be performed by someone with experience and knowledge. You’ll get a session that lasts 30-60 minutes, and the amount will depend on the severity of your depression. Your doctor will be able to prescribe this, especially if you find anti-depressants ineffective.

One of the easiest and commonly suggested treatments for depression is exercise. Women who suffer from the baby blues and postpartum depression are recommended to get out in the fresh air for a walk. Even just a gentle stroll can help to release the happy hormones in the body and reduce symptoms of depression. The more exercise you do, the happier hormones are released in the body.

A healthy diet and limited alcohol are also recommended. These will help to get the right nutrients to support the brain health and avoid the depressant elements of alcohol.

Just because a treatment works doesn’t mean that is the way it will remain. Mental illnesses can return. There’s a dark cycle that needs help to break out of. The good news is that once you know the symptoms, you can nip them in the bud earlier to avoid spiraling.

Children Can Suffer from Depression 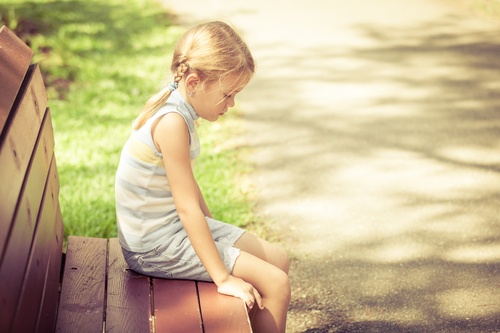 There are many reasons for this happening, including abuse, bereavement, and stress. Bullying at school or online can also cause problems and develop into depression, as children pull away and don’t know who to trust. It’s important to look out for symptoms such as withdrawal from friends, lack of interest in activities, and poor performance in school if you believe your child is depressed. It’s easy to overlook the real reason for the symptoms, believing that there is something more serious happening.

Most children won’t get help for their mental health issues. The problems escalate and can lead to anxiety, drug abuse, and even suicide. Depression can start off small and grow to an intense severity, which isn’t helped by the changing and growing hormones in children.

If depression can continue in children, it can also become a severe depression in adulthood. This can lead to more issues in the future, including problems with keeping down a job or building loving relationships.

Treating depression in children works in the same way as treating it in adults. Many doctors will attempt to avoid anti-depressants, but they can be used in some of the more extreme cases. Cognitive therapy and psychotherapy are more commonly prescribed to younger children.

Too many people suffering from depression don’t get the right diagnosis. The issue is some of the symptoms can mimic anxiety. In fact, 65% of depressed patients are treated for anxiety instead. This can be extremely dangerous, especially as they can end up taking the wrong medication. Getting the right diagnosis is essential in treating the condition effectively.

Depression can also be diagnosed as other mental health problems. Hallucinations are a severe type of the illness but are also linked to other severe mental health issues. Did you know that 20% of people with major depression hear voices, constantly consider conspiracy theories, and believe they are constantly being watched? Your doctor will want to know about every symptom to make an accurate diagnosis.

Those with a history of depression in the family are more likely to have psychotic depression. Doctors can use some shock treatments for this, as they are more effective and efficient than anti-depressants.

There are also times that depression is diagnosed when this isn’t the full issue. You may have borderline personality disorder or suffer from bipolar disorder. When you do talk to a doctor about your depression or when a family member does ensure the doctor has all the information needed.

Depression Can Come Across as Selfishness

There are times that people will tell someone with depression that they are selfish. The condition distorts your whole thinking. You’re left believing that you’re worthless and that people are better without you. You become so wrapped up in your own life that you forget about how people around you are feeling. It’s easy to act out without caring others in your life feel. All you’re able to think about is your pain.

Suicide is closely linked to depression, along with self-harm. This is part of the distortion in your thinking. You’ll believe that people are better without you, so decide to end your life. You could believe that all you do is cause problems for people, so you want to leave them to enjoy life with you.

It’s important to know that this is the illness talking. Once you get treatment, you will realize that your life isn’t anything the dark voices made you believe.

The people in your life will be affected by your depression. They worry about making it worse or not giving you, the help needed. They can distance themselves from you, especially if you don’t yet have a diagnosis or they’re not aware. You end up pushing them away from that they stay away believing that is what you want.

Your loved ones will also worry. They fear that you will take your own life and try to distance themselves, so it doesn’t hurt as much.

Do Not Be Ashamed About Depression 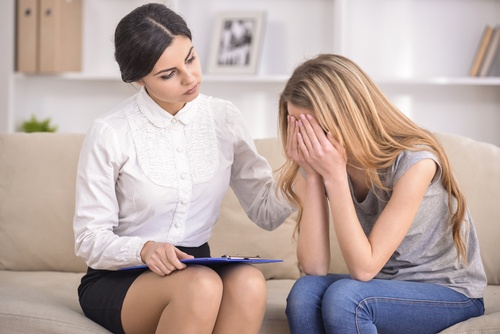 Mental illnesses are damaging and destructive. There’s still so very little known about them, which makes diagnoses and treatments much harder. Doctors are often in the dark, and a good diagnosis can be hindered by the patient. It’s up to the patient to share all the symptoms and feelings to help.

Depression is hard on everyone. It’s not just the patient that suffers. Family members are left disconnected to patients, making it harder for them to offer a friendly ear to listen to or a shoulder to lean on. This can make getting treatment much harder and less successful, as the patients don’t have people to turn to afterward.

Take steps to get treatment. The above facts have all be proven through research and collection of information. Genetics and life experiences can make someone more likely to suffer from depression, but they don’t have to happen! The research continues.

10 Effective Tips For Being Happy At Work - Infographic

What Is The Tastiest Whey Protein Brand In 2017?