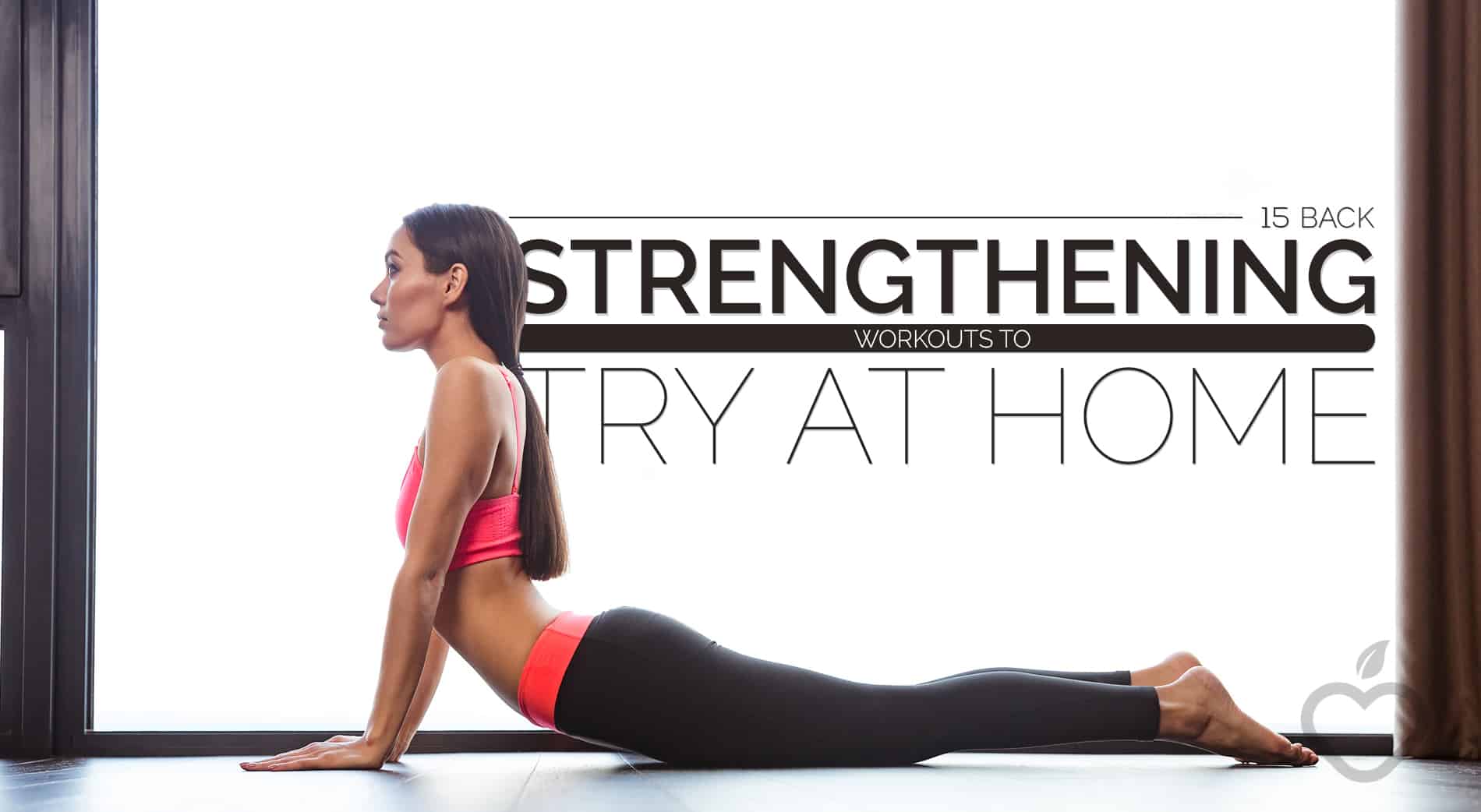 People often complain about back pains after working the whole day in front of their computer screen. And as days, months and even years pass, the pain becomes chronic if left unattended. Why does this happen? It’s all because of a group of muscles that have been ignored by work and the lack or absence of exercise. Backaches will affect not only one’s health but also his posture. Aesthetically speaking, those with right posture would look much better in suits and strapless dresses. The only way out of back pains are exercises that would strengthen the back muscles that will maintain proper movement and prevent back injuries.

The back muscles are involved in almost all the movements people make each day, from simple bending just to tie one’s laces to carrying out heavy loads. In cases of lifting loads, the lower back is almost always the victim, especially for people who don’t make any efforts to strengthen the back muscles. Back pains can also be caused by immobility. One may think that desk jobs can spare him from back pains. That, of course, is a misconception. Most of us have experienced back pains when we sit for many hours. Such habits will cause back strain as well as disc pressure.

Exercising the posterior is as important. Don’t spend too much time sitting or being in a state of immobility. Get up and walk around every hour if the work involves sitting down a lot. Or better still, a person can do some fundamental exercises that can strengthen his back muscles. The best part is that these exercises need heavy weights or gym equipment. 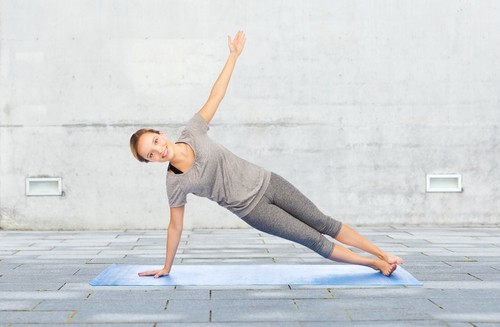 This exercise will build strength and endurance to the core muscles. It will protect the lower back and keep it stable when engaging in activities that will require hip and back movements. 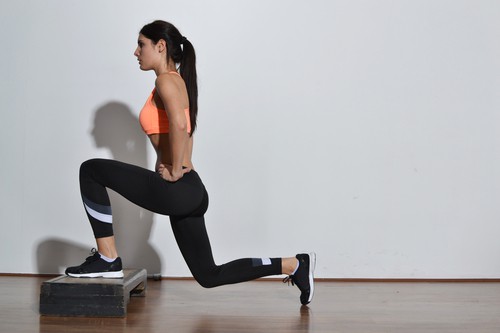 The exercise will improve whole-body control which is important in protecting the spinal column during walking, running or climbing. This will also tone surface and deeper stabilizing muscles along the body’s sides like the quads, hamstrings, calves, and glutes. 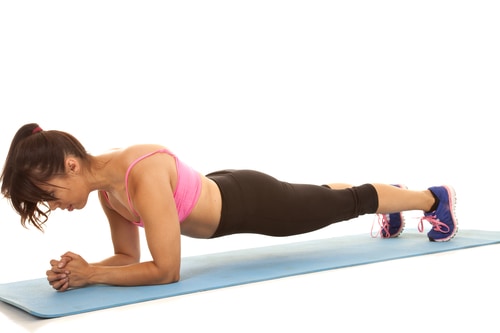 Planks are an excellent way to strengthen the core muscles as well as those in the lower back.

Chair Crunch for the Abdomen 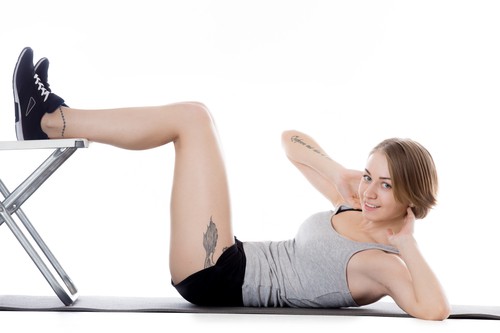 The exercise will strengthen the core muscles which can reduce back pain.

This simple exercise is for strengthening the core muscles, the buttocks, and the lower back.

Toes & Nose Against a Wall

Here is a more challenging exercise that needs some caution, even for gym buffs. This is more for the experienced but neophytes, can also give it a try. 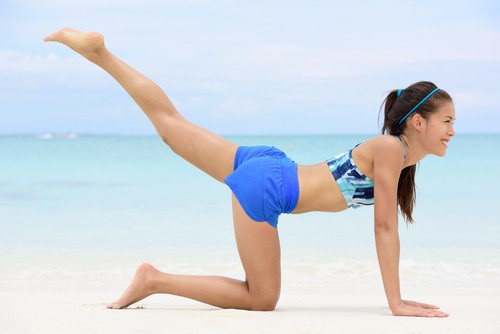 Bridge with the Hips

This exercise is ideal for people who spend too much time sitting down on chairs as such practice can put excessive pressure on the spine. The exercises stretch the flexor muscles and strengthen those muscles that stabilize the spine. These muscles include the lower back, the large abdominals, and the glutes. 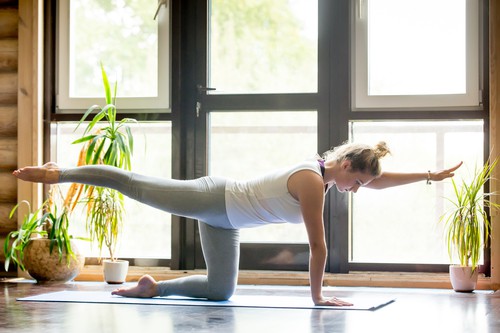 The exercise can help in the improvement of coordination and muscle balance. It will make it easier to keep the spine stable when the body is involved in movement activities. Furthermore, the exercise will tone the upper back, hamstrings, lower spine, and glutes. When the abs are tight, the spine is better supported.

The Benefits of Back-Strengthening Workouts 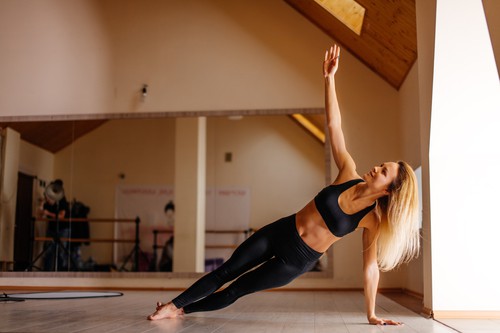 Don’t underestimate the back, both aesthetically and physiologically. One may not be able to view it, but a healthy back will give good posture and prevent the occurrences of discomfort and back pain. Back exercises will create a sculptured back that would make one look good from the front and from behind. Here are some benefits of having a strong and healthy back.

Aesthetic benefit. Bodybuilders are aware of the back-muscle’s importance, not only because they are part of the competition but because they are essential for both posture and health. There should be a balance between the front and back muscles. That quest for that V-shaped torso involves exercising the back muscles too.

Exercising the back muscles can prevent neck, shoulder, and back pain conditions. Ignoring to work them out could result in rounded shoulders, and this is the cause of all those pains. Rounded shoulders could also make one look like a person who lacks confidence.

Structural necessity. People with weak lower and middle back muscles may experience back pains. The muscles involved should be given enough exercise attention to prevent pain from happening. Healthy back muscles can make the movement more stable and safer, and one can engage in activities without the fear of pain.

Balanced body. For a greater physique and self-confidence, exercise not just the front but the back muscles as well. This would create a balance that would allow one to function more effectively. Ignoring either would consequently result in developing muscle imbalance, and this can only result in injury.

How To Get A Good Posture - Infographic