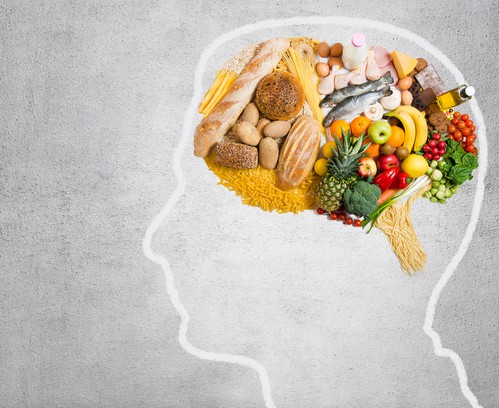 More studies are being conducted on the role that nutrition plays in relation to mental health. The correlation between nutrition on physical health has been long-established. One of the first means of tackling physical illnesses is to adjust a patient’s diet. Research is finding that these same dietary recommendations that are made for common physical diseases can also be beneficial and relevant for mental disorders.

Although mental illness is a complex, multifaceted problem, improving diet can have an impactful effect and used in conjunction with additional treatment to improve a patient’s quality of life. With problems such as depression, the symptoms can eventually become worse and anything that can be done to improve symptoms would be welcome. It has been found that dietary counseling can be a welcome addition to traditional treatment for those that are suffering from depressive symptoms.

The interesting part of psychiatric nutritional studies is that the same foods that have always been touted for physical health are the same ones that seem to have the most positive effect on mental health. A diet which includes colorful vegetables, fruit, legumes, whole grains, raw nuts, fish, lean meats, and the sparing use of healthy fats such as olive oil are found to overall be the healthiest. On the other hand, processed foods, refined carbohydrate, and unhealthy fats were equally found to have a negative impact on the brain and body. Additionally, it would seem that gut health, promoted by the ingestion of fermented foods, which is not only gaining popularity for physical health benefits can also be beneficial to mental health.

Studies increasingly show us the ways in which diet influences symptoms of depression. Nutrition is a straightforward variable to control, so it can be understood that improving this part of health may be a very impactful way to address overall health.

Eventually, the therapeutic aspect of improving nutrition will likely become a significant part of mental health treatment. Many professionals are beginning to advocate for a holistic approach that recognizes the significant aspect of diet and nutrition as a central theme for physical and mental health.

How Foods Can Affect How You Feel 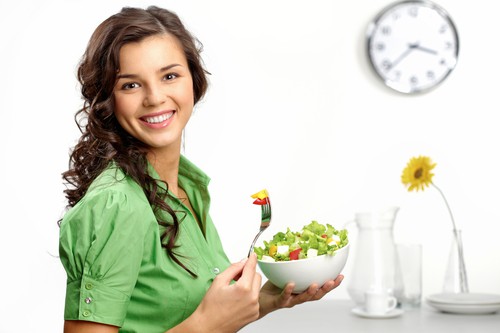 Food affects all parts of our bodies, so it should be no surprise that it has an impact on our brain function and emotional well-being. If we think about nutrients and food as the fuel that keeps us going, we can imagine the impact the type of foods we choose to eat might have on our system.

We have a greater understanding of some of the ways in which certain chemicals found in food react to our bodies. For example, if you have ever had a cup of coffee to stay awake during the day you already know that what you ingest can have a cause an effect. The same can be said of the quality of our diet and what we choose to eat.

It has been shown time and again that the best diets for us as humans tend to include natural foods high in nutrients. This has been long-known to be true when addressing physical health, but it is now shown to be true of mental and emotional health. It is becoming more widely accepted that what you eat can impact the functions of the brain, and ultimately influence your moods as well.

This is an important notion for people who may be suffering from depressive symptoms. Rather than only going the traditional route of psychotherapy for emotional issues, choosing a healthier diet may help with symptoms. In a similar manner that exercise and movement are suggested to boost the feel-good chemicals, nutrition is another way in which these bodily processes can be adjusted for the better.

You may be wondering how this is possible that what you eat would have an impact on your mood. Well, one way this might occur is related to the neurotransmitter called serotonin. Also known as the ‘happy chemical’ this is the substance in the body that helps regulate appetite, sleep, moods, and inhibit pain. It turns out 95% of the serotonin produced in the body is formed in the gastrointestinal tract. It is directly related to your digestive system. When your gut health is good, your body can function in a normal manner. If the environment of your gastrointestinal tract is imbalanced through poor nutrition, it can cause inflammation and alter normal function. To simplify, it is possible that poor nutrition may have an impact on your body’s ability to produce chemicals such as serotonin and would then affect your emotional health.

Knowing what we know about chemical imbalance and how it can affect mood, it is understandable that nutrients can impact our mental health as well.

What Studies Are Beginning to Show 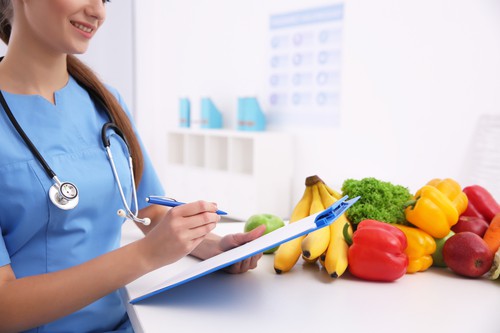 Researchers are becoming increasingly interested in learning more about how food and nutrition affect our behavior. In the field of nutritional psychiatry, they are finding that what you eat can have an impact on how you feel and your emotions.

One of the most important findings has to do with the inflammation and oxidative stress caused by diets that are higher in refined sugars. This seems to worsen depressive symptoms and mood disorders in those participating in the studies. This is very much in line with the studies also done on high sugar diets in relation to physical health as well.

Dietitians are further encouraged to recommend a healthy diet for the prevention and lessening of depressive symptoms in chronic cases. Traditional diets such as a Mediterranean diet in which the emphasis is on fruits and vegetables are thought to be the best for overall health.

The scientific literature is still incomplete, but growing evidence shows that there might be good reason to tackle nutrition and diet when creating a strategy to handle the challenges of mental health issues.

What You Should Be Eating 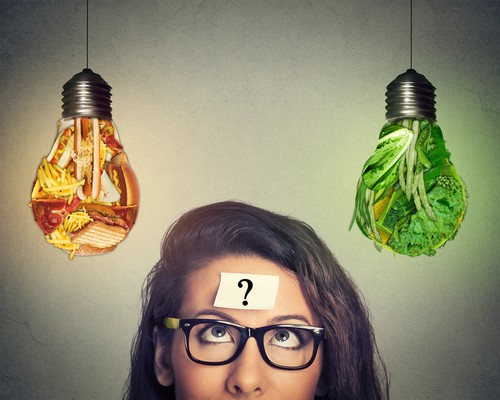 Colorful fruit and vegetables. The bright vegetables and fruit are the ones with the most nutrients. Their color often indicates the type of chemical compounds found in them and so a good rule of thumb is to eat the rainbow, having some of each color will give you a good variety of nutrients.

Whole grains. Fiber is an important part of gut health, those grains that are the least processed will be the best choices.

Lean meats or vegetarian protein. Protein is an important building block for the body, avoid those types of meats high in saturated fats.

Fish. Studies have shown that communities that have a higher rate of consumption of fish also showed lower levels of depression. The omega-3 fatty acids are known to optimize brain function.

Vitamin B foods. Lower levels of vitamin B intake has been linked to an increased risk for depressive symptoms.  Ensuring you eat foods rich in vitamin B1, B2, B12, and folate may help. This includes seafood, beef, chicken, pork, eggs, and milk.

Fermented foods. Foods such as sauerkraut, pickled vegetables, kimchi, and kombucha are known to promote gut health, and balance of chemicals in the brain and body depend on a healthy digestive system.

Processed foods. Manufactured foods often have fewer nutrients and fiber than those that occur naturally. The research has indicated that diets rich in processed foods are linked to a higher risk of depression.

Foods high in sugar. This is one the most important findings of the research that has been done on dietary intake and mood. Decreasing your consumption of sugar, as well as artificial sweeteners, can be beneficial to brain function and mental state.

You can see that this list of suggested foods and foods to avoid are very much in line with current healthy diet standards for physical health.  Just as our heart and liver are organs, so is our brain and it makes sense that it requires the same level of nourishment and care that other parts of our body do. If we want to remain healthy, we need to fuel it with the right mix of nutrients for optimal performance.

What Do These Dietary Suggestions Mean for You? 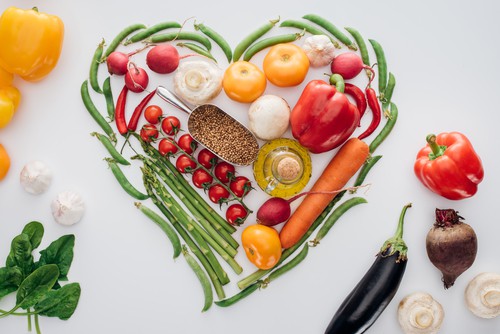 A holistic approach to mental health that includes attention to dietary habits can be beneficial for those suffering from depressive symptoms and other challenges. In your own life, you may want to pay more attention to what you are eating and notice how you feel after changes are made to your diet. One suggestion is to see if your moods are greatly impacted by diet by trying a ‘clean’ diet (where you cut out processed and sugary foods) for a few weeks and note down any changes you feel in a diary over that time. Then you can begin introducing other foods gradually to note down if it affects your mood.

Overall, there is very little downside to adjusting your diet, especially given the fact that diet and nutrition are increasingly seen to play a major role in both mental and physical health.

5 Ways To Safely Exercise In The Heat - Infographic

The Complete Guide to Genital Warts

Can a Keto Diet Clog Your Arteries?

The Myths Of Intermittent Fasting For Weight Loss