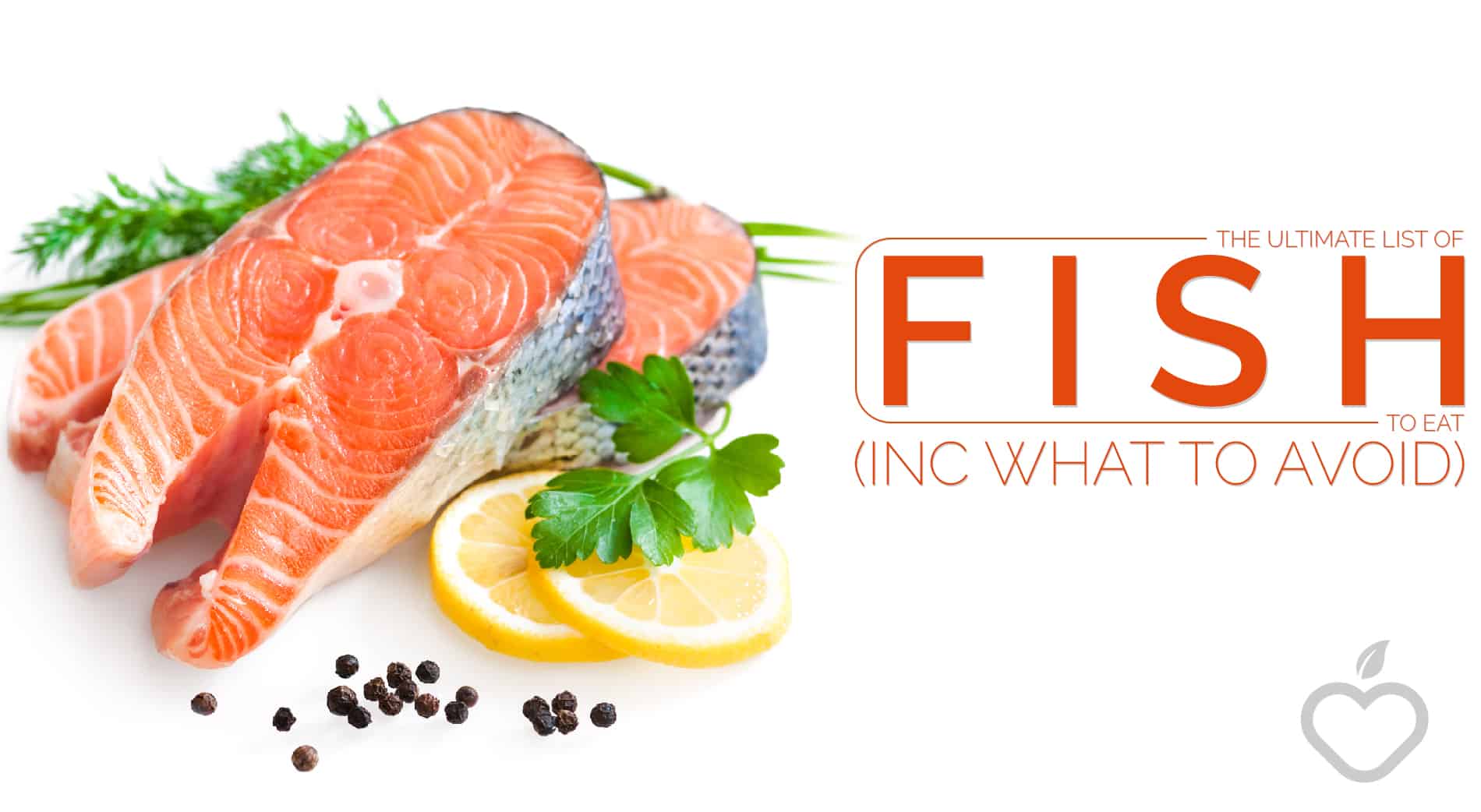 Fish can serve as a power food or an absolute toxic inflammatory nightmare to your body. Everything depends on the kind of fish you choose. The American Heart Association recommends that you eat fish twice a week to meet the RDA for omega 3 fatty acids. But how on earth do you know that the fish you’re eating is beneficial?

There are millions of fish species, but you can consider only a few as healthy choices. To choose which species to eat, first, find their fatty acid profile. Fish that live in dark, cold waters contain higher levels of Omega 3’s.  Salmon, sardines, rainbow trout, anchovies, bass, herring, and tuna are rich sources of omega 3 fatty acids.

Next, consider their source. There are two categories of sources: farmed or wild. Each method has its pros and cons. To help you make healthy seafood choices we’ve given you the ultimate list of fish to include and avoid. 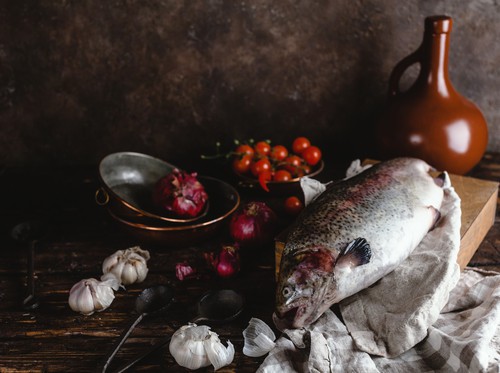 Highly nutritious. Fish is one of the healthiest foods on the planet. All kinds of fish are good for you. However, the fatty type of fish is the healthiest of all. Fatty fish such as salmon, sardines, trout, tuna, and mackerel are higher in fat based nutrients. One of the nutrients is fat-soluble vitamin D which acts as a steroid hormone in your body.

Fatty fish contain significant amounts of omega 3 fatty acids. They are necessary for the optimal functioning of your body and brain. It’s good that you include fatty fish at least once or twice a week.

Lowers risk of heart attack and stroke. A study of 49,000 women published in Hypertension: Journal of the American Heart Association says that women who consumed little to no fish had fifty percent more heart problems than who at least ate fish once per week.

Reduces Alzheimer’s risk. If you eat fish even once a week, it helps preserve your gray matter neurons. The part of your brain that links up with memory and cognition. Researchers say that people who eat baked or broiled fish but not fried have larger cells and larger brains in the areas of the brain responsible for memory and learning. Larger brain volume lowers the risk of cognitive decline and Alzheimer’s disease.

Eases depression. According to various research studies when you take fish along with anti-depression medications, the omega 3’s is more efficient in treating your depression than medication alone. Studies show that taking 300mg of omega 3 capsules during pregnancy can significantly reduce your risk of postpartum depression.

Boosts brain power. Fish is highly beneficial for kids because of its EFA omega 3 fatty acids. The EFA significantly optimizes the brain development of your children. According to scientists, omega 3 helps soothe the symptoms of ADHD.

Improve skin and hair. The biggest drawbacks of a low-fat diet are that it deprives your skin and hair of the healthy fat it needs leaving it dry. Healthy omega 3’s found in fish, keeps your skin nourished and your hair shiny. Omega 3 is also useful for treating conditions such as psoriasis.

Promotes vitamin D levels. Saltwater fish is an excellent source of vitamin D. According to scientists it wards off disease, prevents cognitive decline and improves bone health. Just one three-ounce serving of salmon contributes 75 percent RDA of this vitamin. 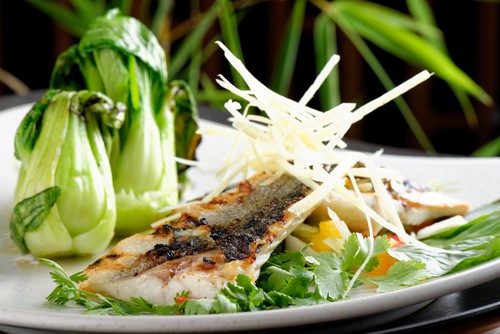 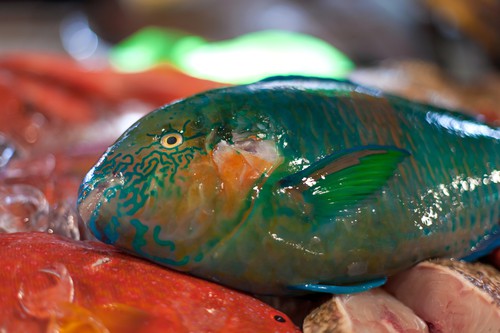 Mercury poisoning and other toxins in fish. Mercury is a metal found naturally in your environment. Activities like burning coal, farming and using mercury in manufacturing increase mercury cycling through water, air, and soil. Mercury changes its form in water and becomes methylmercury.

Fish tends to absorb this mercury, and when you consume fish, you too absorb the mercury. At higher levels, it could be harmful. To reduce the risk of mercury contamination, try to avoid shark, swordfish, tilefish and King Mackerel altogether.

Shellfish can also have toxins because they are scavengers. They feed on sewage, industrial deposits, and on the waste of other fish filtering through their bodies. Avoid lobsters, clams, oysters, scallops, and shrimps if you want to avoid excess toxins from shellfish.

If you eat fish that has contaminants such as mercury and other toxins, it results in high levels of mercury in your human body. It even damages the development of the brain and nervous system in the fetus and young kids. So, women who are pregnant, nursing or who are planning for a baby should completely avoid this kind of fish.

Check with local advisories whether the fish caught by your family and friends in your local lakes, rivers and coastal areas are safe to eat. If no advice is available, eat up to 170 g of fish per week, caught from local streams, but don’t eat any other fish, during that week. 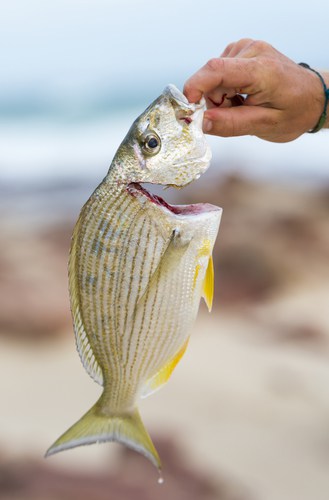 Aquaculture or fish farming means fish gets raised in floating net pens near the ocean shore. This method is also known as “Ocean Raised.”

Pros of farmed fish. Farmed fish are more readily available and a lot cheaper than wild caught fish. Some farmed fish have more omega 3 fatty acids than wild fish because fish farmers control the diet of the fish. Fish farming involves the reduced danger of overfishing.

Cons of farmed fish. Usually, the farmed fish contain more contaminants. Farmers feed processed pellets made from sardines, anchovies, and other small fish. These fish are mostly caught in polluted waters closer to the shore.

As a result, farmed fish contain higher levels of chemical contaminants. These chemicals may cause memory problems, cancer and nonbehavioral changes in children. Farmed salmon contains more of dioxins, PCB’s and pesticides than wild salmon.

Farmed fish are more subject to disease. It spreads quickly through the entire pen. To control the disease farmers feed antibiotics to the fish. Farmers even feed enhanced diet to these fish. Still, they have lower levels of omega 3’s when compared to wild fish.

The wild fish taste much better than farmed fish. Wild salmon is naturally bright in color, while farmers must add dyes to bring color to farmed salmon. Wild fish are healthier and less contaminated than farm fish.

Marine biologists fear that there will not be enough wild fish to meet the growing demand. Overfishing depletes certain species of fish and affects the ecosystem at large.

Fresh wild wish can be more expensive. Some fish travel thousands of miles to reach the grocery store near you. The shipping of fish all over the world pollutes the environment because it uses fossil fuels.

You must be concerned about the chemicals that get sprayed onto the fish. Preservatives such as sulfites, polyphosphates, polytrisorbate and sodium benzoate are sprayed to control the growth of bacteria, yeast, and mold and to make fish more appetizing.

The FDA allows these preservatives. The long-term health concerns of consuming these chemicals are unknown. Warm water fish like Orange Roughly are more likely to have chemicals than cold water fish. It is better to use your judgment and know your supplier.

The best fish options come from sustainable fisheries. They are lower in contaminants and high in fatty acids. The Monterey Bay Aquarium’s Seafood Watch calls this the “Super Green List.”

Wild caught Alaskan salmon. Salmon is a great option for your overall diet. Not only is salmon rich in omega 3 fatty acids and proteins but it is also high in B vitamins. It is a good source of potassium and selenium.

Black Cod (Alaska and Canadian Pacific) Cod is a great source of niacin, phosphorus and vitamin B12. The cold-water fish like cod is highly beneficial for people with atherosclerosis and diabetic heart disease. Cod is an excellent source of low-calorie protein. They provide between 100-250g per day in omega 3.

Herring (Atlantic and Pacific according to EDF Sea Food Selector) 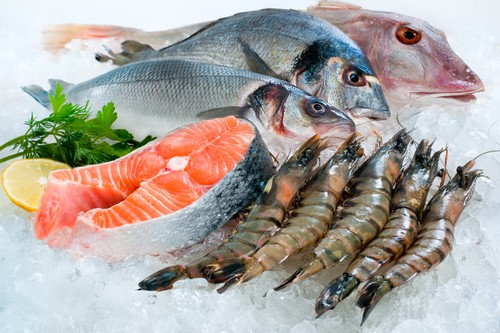 Making Herring a part of your diet boosts the health of your red blood cells. It contains magnesium, calcium and phosphorous, and so comes packed with nutrients for your skeletal health. Herring even stimulates your nerve function.

Atlantic Mackerel. Mackerel contains Coenzyme that helps to eliminate harmful agents from the afflicted cells, and it significantly improves cellular health. The oily fish is also high in omega 3 fatty acids. Vendors sell this fish in tons of salt, so make sure to soak it and rinse well before cooking and eating to reduce the sodium levels.

Pacific sardines. The sardine nutrition serves as the highest omega 3 fatty acid sources on the planet. It’s a fish that’s lower on the food chain, so has low levels of contaminants.

How to Make Smarter Seafood Choices?

To conclude, finding safer seafood can lead you down a tangled, confusing web. So here are some ways to make smart food choices.

Keep our guidelines in mind when you shop for fish, you’ll reap the heart-healthy benefits of fish without the risks. You can also add at least one fermented food to your diet especially when you eat a serving of your favorite fish.

The All-in-One Guide to Home Sanitation for Better Health