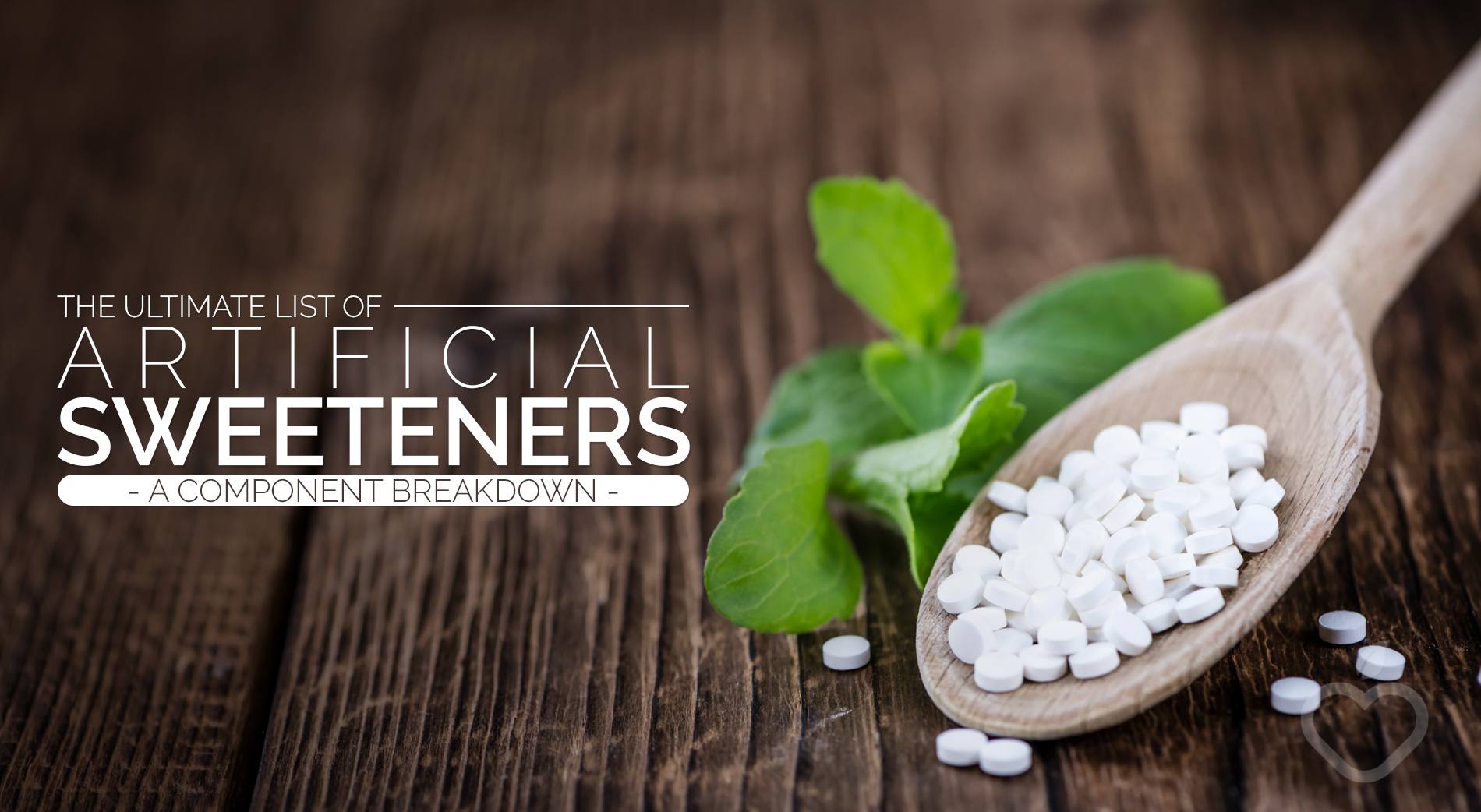 Sugar is bad. We hear that all the time. But it can seem impossible to get away from it. Artificial sweeteners are an option, but then there is plenty of evidence that they can be bad for the health too.

When you do choose to use artificial sweeteners, you then have a range of options to select. Do you choose aspartame, Stevia, or sucralose?

Before you make a quick choice, it’s worth knowing that they’re not all made equally. One sweetener can be tastier than another, but it may not be as good for your health. Here’s a look at all the artificial sweeteners out there, with a breakdown of what they are made of and what they offer. You’ll also find the health risks and benefits on this list.

Aspartame is the Most Popular 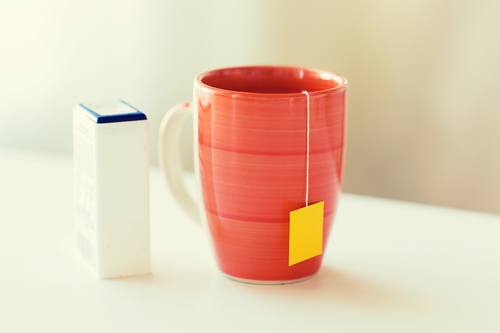 Let’s start with aspartame, which is the most popular artificial sweetener used. It’s found in most of diet sodas, desserts, and table top sweeteners. If you want something extra sweet, then this is the one that you want to reach for.

However, the chemical components in aspartame will break down when exposed to both air and heat. It’s also one of the most controversial, with studies showing that it has been linked to various health problems, including depression, anxiety, and cancer. The studies are so convincing that Pepsi chose to reformulate its drinks to avoid the sweetener completely, although claimed that the sweetener wasn’t bad for the health.

Some of the more common side effects noticed from using this sweetener include headaches and migraines, dizziness, and severe mood swings.

The sweetener includes methanol and aspartic acid, among the chemicals that create it. These chemicals are toxic to the organs. Patients with phenylketonuria (PKU) should avoid aspartame. It contains phenylalanine, which is known to make your condition worse. When breaking down in the body, aspartame can also generate methanol in the body, through the process of hydrolysis.

Studies are ongoing. While many countries approve it, the approval is continually being reviewed, especially by the European Union.

Sucralose isn’t That Much Better

While aspartame is bad, it doesn’t make all the other artificial sweeteners better. If aspartame isn’t used, you’ll mostly see sucralose on the ingredients list. This is much sweeter than aspartame and made from regular sucrose. How doesn’t it cause the same issues as sucrose? The chemical makeup creates an ingredient that the body doesn’t recognize as sugar.

The most common type of sucralose in the house is the brand Splenda.

Sucralose is a chlorinated derivative. Yes, you’re adding chlorine to your meals, which is one of the most toxic ingredients known. It’s used in insecticide, while was never supposed to be consumed by humans. Think about how chlorine is used: in swimming pools to clean out the water.

The ingredients can be metabolized. While the body doesn’t recognize it as sugar, it doesn’t mean that it can’t metabolize and use it. Unfortunately, the toxic ingredients get into the system by doing this.

In some parts of the world like Canada, Saccharin is banned. However, it is still used in the United States, and you’ll find it in Sugar Twin and Sweet’N Low brands. It’s not as sweet as sucralose, but it’s still damaging. If left in the heat, you can get a metallic aftertaste, partially due to the compound breakdown.

Despite studies showing a possible risk of bladder cancer, this sweetener is still usually found in children’s medication to encourage them to take it! There used to be a warning about bladder cancer, but the FDA approved the removal of it.

Some of the other side effects include bowel trouble, bloating, cramping, and gas.

The Sweetest of the Lot Neotame 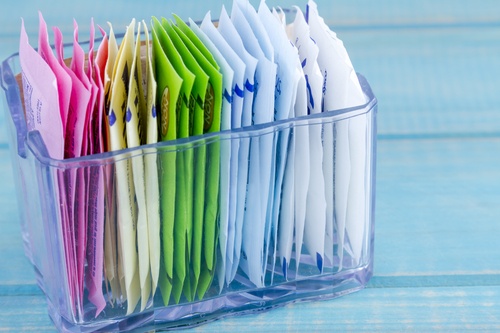 Out of all the sweeteners, if you want something that is extremely sweet then you want Neotame. It’s also better than others for stability in heat, which is why it’s used in most of baked goods on the market. But does this mean it’s good for you?

Under the brand name NutraSweet, it’s classed as an E number in Europe. E numbers are known for causing hyperactivity in children. The sweetener metabolizes quickly, although it has a lower impact on the blood sugar levels compared to sugar.

Chemically it is made up similarly to aspartame. It uses a range of chemicals to create a similar taste, including aspartic acid and peptidases.

Neotame is ranked “safe,” despite some of the ingredients. It’s also approved around the world, suggesting that it is a healthier alternative to sucralose and aspartame.

If you find aspartame on a list of ingredients, you’ll also want to look out for acesulfame potassium. This artificial sweetener is usually used in combination with the aspartame to create something sweeter. It’s commonly used in diet drinks, no-added-sugar products, and chewing gum. It’s also found in Sunett and is sometimes referred to as acesulfame K as K is the symbol for potassium.

This is one of the safer artificial sweeteners on the market and is regularly recommended to diabetes patients. It doesn’t breakdown in heat, making it suitable for baking, and doesn’t increase the blood sugar levels.

The kidney excretes the sweetener, which helps to remove any toxicity from the chemicals. They don’t metabolize in the body as much. However, studies show that overconsumption is dangerous.

Studies do show that it can cause some cancers. It has also been linked to irritability and mood swings.

The chemicals have been shown to affect the metabolism negatively. It can cause the metabolism to slow down, making people more likely to gain weight. There are also worries that it increases the risk of Type II diabetes, despite helping to overcome Type I diabetes.

Advantame is the Newest Sweeteners 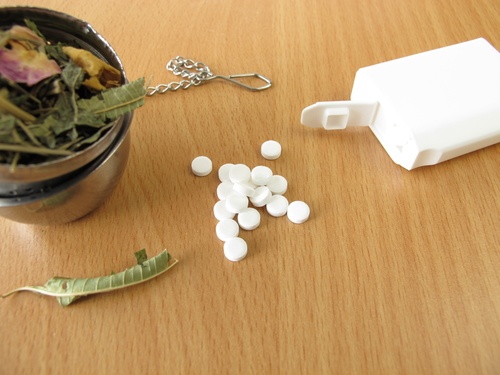 The latest sweetener to get approval from the FDA is advantage. This is the sweetest of all, especially compared to regular sugar! It’s a derivative of aspartame, which has led to some questions about its safety.

It is also synthesized from isovanillin, which is an organic compound. It metabolizes into isovanillic acid and can be used in the synthesis of morphine.

Studies are still ongoing as this is so new. The good news is that there are currently no signs of it being a carcinogenic, despite the aspartame derivatives.

Get Sugar Alcohols from Xylitol

The last popular artificial sweetener on the list is xylitol, which is a mixture of sugar alcohols. If you see anything with itol at the end, you can guess that it will be in this artificial option. Some of the chemicals include sorbitol, maltitol, and erythritol.

The body finds it hard to absorb the sugar alcohols. Instead, allergic reactions occur, and that leads to inflammation within the body. There are various side effects to this, including stomach upsets, digestive issues, and mood swings. The more you ingest, the more sensitive you will become to it. The side effects just get worse.

There is also a laxative effect to xylitol. This means that you’ll find it in the majority of over the counter laxatives for your dietary needs.

Doctors recommend against using it during pregnancy and breastfeeding, due to the lack of research. Vets will also recommend it against animals, as it is life-threatening. Frozen desserts, sugar-free chewing gum, and some candies will include it.

Opt for Natural Sweeteners Instead 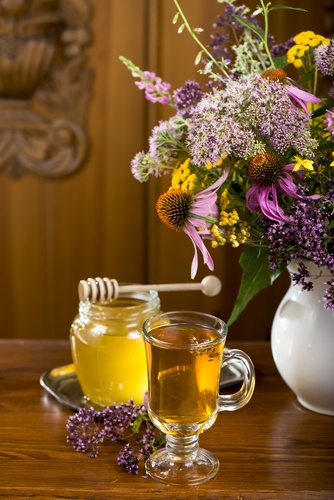 Just because you’re avoiding sugar doesn’t mean you must put up with some potentially life threatening and damaging health ingredients. You don’t need to add artificial sweeteners to your coffee, desserts, or meals.

There are natural options available. Natural sugars get an unfairly bad reputation. Sure, orange juice isn’t great for you, but it’s better than using some of the artificial sweeteners. Oranges when eaten don’t cause the same problems as orange juice, either. You get the pulp to give you the fiber, which helps to slow down the metabolizing of the natural sugars and avoids a spike in your blood sugar levels.

But you don’t want to put oranges in your coffee, right?

Opt for coconut oil and raw honey in baking. When you want something for baking, look at a range of naturally sweet ingredients instead. Coconut oil, raw honey, maple syrup and coconut palm sugar are all good options. The sugars are starchy or fibrous, which helps to keep them from metabolizing in the blood stream.

They don’t offer many side effects, if you don’t eat too much. However, you will need to make sure you get raw ingredients. The manufactured honey in the grocery store is full of added sugar to make it taste sweeter. Avoid it as the additives get rid of all the health benefits.

While getting naturally sweet ingredients, you improve your overall health. The foods include extra vitamins and minerals and antioxidants. You gain benefits over your physical and mental health due to all these benefits.

Get a natural sugar substitute from Stevia. Well, how about Stevia? This is a completely natural and derived from plants. It is sweeter than actual sugar, and almost on a level of aspartame. The benefit is that Stevia is both heat- and pH-stable, and offers a range of benefits to your health. It won’t cause a spike in your blood sugar levels and has no toxic ingredients to damage your liver or kidneys.

One of the downsides is the aftertaste. It can be bitter and often needs to be mixed with something else to avoid that.

It’s not just the United States that allows the use of Stevia. The European Union and Japan have both approved it for use due to positive studies. Other countries also approve it for use, and you can use it just like you would sucralose and aspartame.

Try out some date sugar. Ground up your dried dates and use that as your sugar. It can take a little extra work, but it’s worth it. Why grounding up the dates, you’re keeping the fibrous elements. This makes the sugar far better for your health in the long-run.

Let’s not also forget that dates are full of iron, copper, selenium, calcium, and potassium. They support every single part of your body.

You can add some to your coffee if you’d like, but the date sugar won’t dissolve in liquids. It’s best in your oatmeal, yogurts, or on top of baked goods.

The down side is that date sugar is hard to find. Most stores don’t stock it so you may need to make it yourself by grinding your dates.

Use the sugar waste. When sugar is created, there is a waste that is commonly thrown away. However, it has recently been used to create molasses, which is another sweet option to use. Despite it being made up of sugar waste, it’s good for your health. It doesn’t have the same component breakdown in the body that causes higher blood sugar levels. 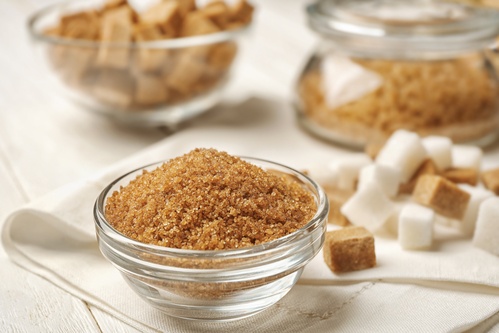 Black strap molasses is the best option for you and is full of antioxidants and a variety of nutrients to help support the whole health. It will also dissolve in liquid, which means it’s good for coffee.

It’s not overly sweet, but it will work for most of your needs. If you want some sweetness, you can substitute some of your artificial or real sugar for it to at least curb some of the damage.

If you really can’t curb the sugar cravings, look out for the artificial sweeteners that you use. You want to curb the use of the dangerous ones. Aspartame and sucralose have some of the most damaging research, but there are others out there that are both popular and damage-effective. They have been linked to cancer, dementia, and other health problems.

We’ve included the chemical breakdowns for you above, pointing out the toxic ingredients. While they may be approved by the FDA, they’re not all approved around the rest of the world.

7 Interval Training Regimen You Can Do In 1 Hour

What Is Clean Eating? - Infographic