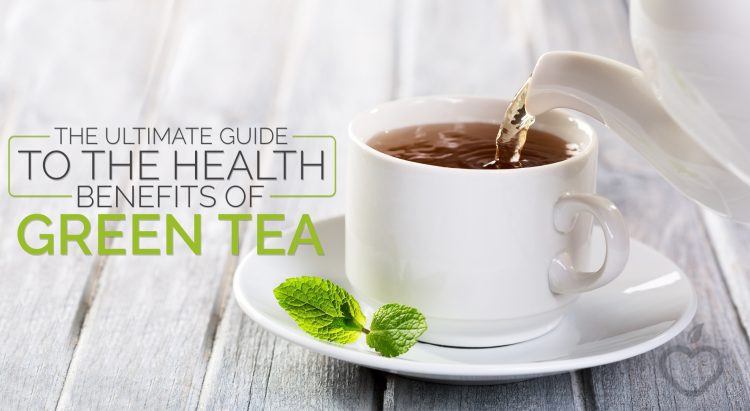 Green tea has its roots in China, and it is obtained from the leaves of Camellia sinensis. According to legend, Green tea was first brewed in 2737 BC.

Various ancient books speak volumes about the benefits of green tea, The Kissa Yojoki (Book of Tea) written by a Zen Priest describes how green tea has positive effects on the five vital organs. 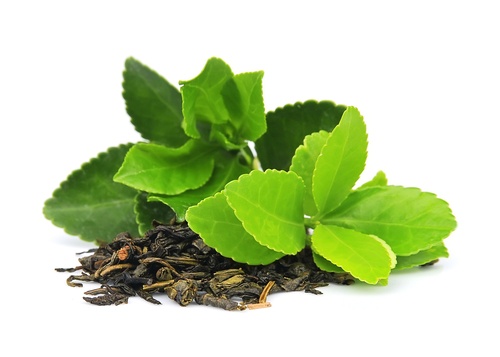 Green tea is a hydrating calorie-free beverage that contains much health promoting nutrients. The main ingredients include

Catechins are the major group of astringency component polyphenols in green tea. The most active catechins are the epigallocatechin-3 gallate (EGCG). Other compounds include

EGCG is a powerful antioxidant that fights against the aging process. In animal experiments, researchers found that EGCG protects against oxidative stress and free radical damage. It also regulates other bioprocesses such as energy metabolism, biosynthesis, and stress response. All these are the contributing factors for the aging process.

During aging, energy production within the cells is greatly reduced. This action results in increased free radicals that damage mitochondria along with impaired gene function for stress tolerance and rejuvenation. The antioxidant EGCG changes all these adverse functions of the cells. It increases the gene signals for longevity; this results in significant energy improvement and production of new mitochondria.

The EGCG polyphenols in green tea inhibit an enzyme required for cancer cell growth and even kills cancer cells without harming the healthy cells. Researchers from the University of Kansas found that EGCG is twice as powerful as resveratrol in killing cancer cells. 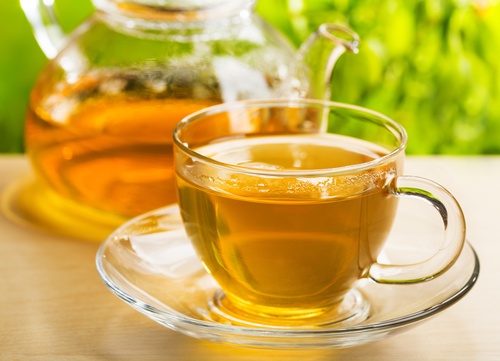 The tannins in green tea boost your immunity levels and provide protection against environmental toxins such as cigarette smoke and pollution.

The caffeine present in green tea increases alertness and decreases tiredness and drowsiness. It prevents a hangover, increases stamina and increases the number of calories burned. Along with the antioxidants, the caffeine stimulates metabolism and helps in the oxidation of fat.

Vitamin C – The amount of vitamin C in green tea is comparable to a lemon. It helps in the maintenance of healthy skin and the formation of collagen. Vitamin C has great antioxidant benefits.

Vitamin B2 – it helps in the maintenance of healthy skin and mucous membrane. Riboflavin helps in energy production and RBC production.

Beta carotene – Helps in the maintenance of night time vision and it slows cognitive decline.

The saponins in green tea get their name from their soap-like quality. They reduce your cholesterol levels and improve the immunity of the body. They greatly reduce the colon cancer risk.

A cup of green tea provides approximately 0.1 mg of fluorine which is higher than in fluorinated water. It helps in the prevention of tooth decay.

Gamma Amino Butyric Acid is an inhibitory neurotransmitter that lowers your blood pressure, stress, and depression. It helps you to focus and promotes sleep. 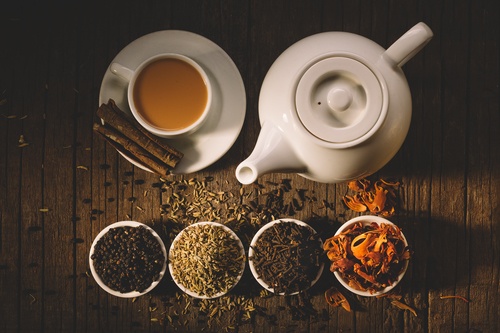 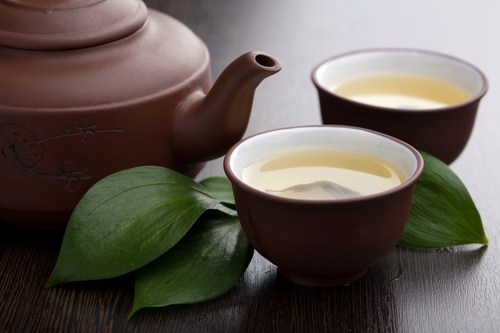 Tulsi is one of the best medicinal herbs known to mankind. When it is combined with green tea it works wonders for your health.

Green tea rice is a simple Japanese dish that combines Sencha green tea, steamed rice and an assortment of other ingredients such as fish or veggies that can be changed according to the taste or seasons.

Science says that green tea drinkers have up to 31% lower risk of cardiovascular diseases. Green tea dramatically increases the antioxidant capacity of the blood. It also protects the LDL cholesterol particles from oxidation, which is one part of the pathway to heart disease.

The National Cancer Institute says that the polyphenols in tea decrease tumor growth in experimental animals. The polyphenols also protect us from the damage caused by UVB radiation.

According to Journal of American Heart Association drinking green tea on a regular basis is linked to reduced risk of stroke. You can drink green tea on a daily basis as a lifestyle modification.

Green tea holds a great promise as a new treatment for psoriasis and dandruff. Researchers studied animal models that had patches of dry, red and flaky skin caused by overproduction of skin cells and inflammation.

The animals treated with green tea showed slower growth of skin cells and the presence of a gene that regulates the life cycle of these cells.

Green tea contains caffeine which blocks adenosine, an inhibitory neurotransmitter. This way it increases firing of neurons and concentration of neurotransmitters like norepinephrine and dopamine.

Lowers risk of Alzheimer’s and Parkinson’s

Research studies show that the catechin compounds in green tea protect the neurons found in test tubes and animal models. This protective action of the catechins lowers the risk of Alzheimer’s and Parkinson’s. 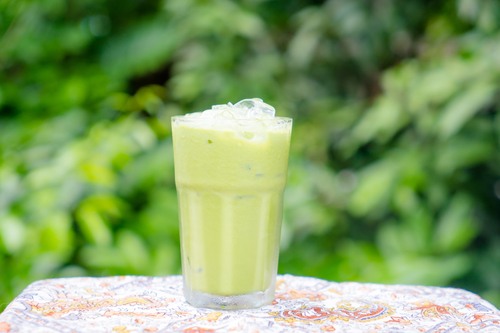 Cold green tea is an effective tonic for cardiovascular health and fat burning. It provides cool refreshment on a hot day.

The anti-obesity mechanism is said to be the green tea’s ability to prevent fat from being absorbed into the intestines, and this allows the fat to be excreted from the body.

Green tea reduces the oxidation of cholesterol and makes the platelets less sticky which can lead to the development of atherosclerosis and stroke.

Unflavored iced green tea is a zero-calorie beverage. Drink your tea plain over ice or add lemon juice and ½ tsp of honey to provide sweetness and flavor with just 33 calories.

According to a study published in 2006 in the Journal of American Medical Association, green tea consumption was linked to longevity.

Researchers followed more than 40,000 Japanese adults over the course of 11 years and found those who drank green tea were less likely to die from heart attack and other premature causes.

According to Harvard Health Publications, iced green tea from a bottle doesn’t contain as many catechins as the freshly brewed tea. So to guarantee potency, brew your tea at home and drink your green tea hot or chill it in the fridge, pour over ice and enjoy.