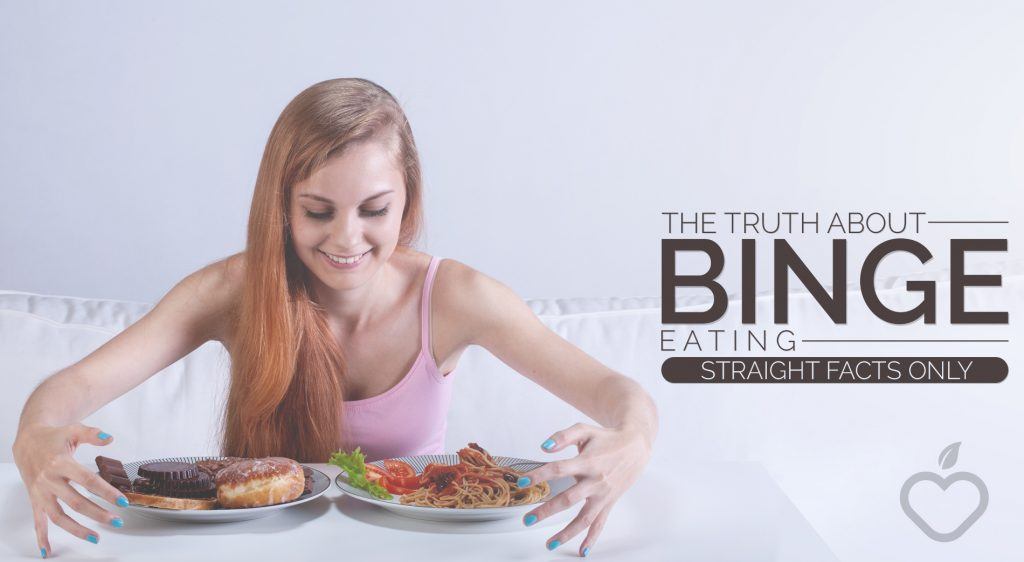 What is Binge Eating Disorder?

“Is binge eating disorder even real?”

“Why don’t people simply stop putting food in their mouths?”

As it occurs far too often in our society, we as people dismiss things when we are not personally struggling with them.  For someone who has not suffered through periods of binge eating and binge eating disorder, it can be challenging to empathize or relate to what is going on.  Know this.  Binge eating disorder is very real.  It affects millions of Americans every year, and it can have serious ramifications.  If you believe that you are suffering from a binge eating disorder, then know that you are not alone.  There are services available, ways for you to address the underlying issue, and ways that you can successfully move on with your life.  It all begins with information. 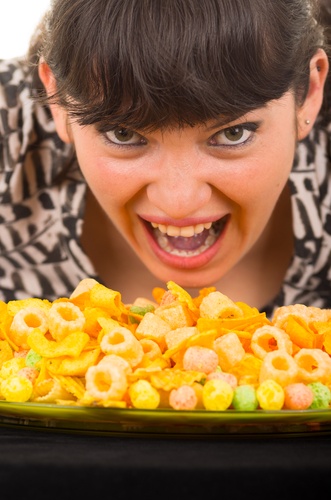 A binge eating disorder usually comes into existence in late adolescence and even early adulthood.  It is more common in women than men, with one report suggesting that 3.5% of women and 2% of men deal with binge eating disorders.  While most people experiencing binge eating disorders will be overweight, it can also occur to people who are at or below weight and due to metabolism, physiology, or exercise, do not put on the weight in the same way as the rest of us.

Binge eating disorders are different from anorexia or bulimia in that they do not throw up the food they are eating.  It is common for people with binge eating disorders to eat more quickly during an episode, eat when they are not hungry, eat alone due to a sense of embarrassment, and feel disgusted or ashamed of their actions. 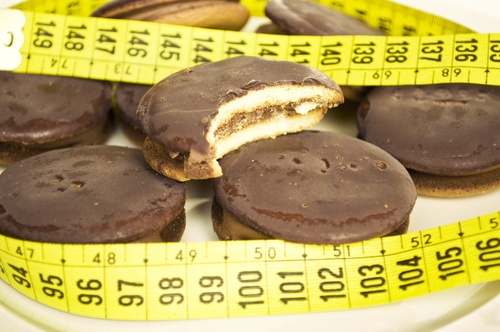 There are 4 primary causes of binge eating disorder.  Below we review all 4 and then look at a psychological model that explains exactly why we do.  Also, this section is a lead into section V, where we discuss ways that you can reverse the binge eating trend and take back control of your life.  As a quick note, it is uncommon to have just one thing going on that starts binge eating disorders.  Often, several different things including those listed below can come together and create the perfect storm.

Biology: Brain chemistry can play a big role in why people develop binge eating disorders.  Binge eating disorder can occur in families and research is currently being conducted to see if there is a biological link.  Brain imaging scans reveal similarities in people with a binge eating disorder, leading to a hypothesis that neuro-chemicals and development may play a bigger role than first thought.  While an exciting line of research, it is still primarily in early stages and will take some time before the biological reasons provide solutions.

Coping Skills: Psychologically speaking, binge eating can be explained in part through improper coping skills centered around food.  When individuals have a challenging time handling emotions, they find ways to cope.  Some of these are more destructive than others.  As food, can provide a satisfying emotional experience, the start of a binge eating disorder be a way for the mind to deal with stresses it is otherwise unequipped to deal with.  The sad truth is that it will quickly become a major problem.

Depression: It is estimated that nearly 1 in 2 people with eating disorders are depressed.  Depression can occur due to emotions, moods, a psychological condition, disorders, diseases, dieting, and more.  While the causes of depression can be challenging to pin down, it leaves open plenty of possible solutions that when addressed will remove the underlying behavior behind binge eating.

Dieting: Dieting is an attempt to lose weight and return to a healthier state.  Sometimes, it can go dramatically wrong and lead to the exact opposite.  Whether people are binging because they are not eating enough food throughout the rest of the day, because they are skipping meals, or attempting to avoid certain foods, dieting can play a harmful role in causing binge eating disorder.

Why We Do It 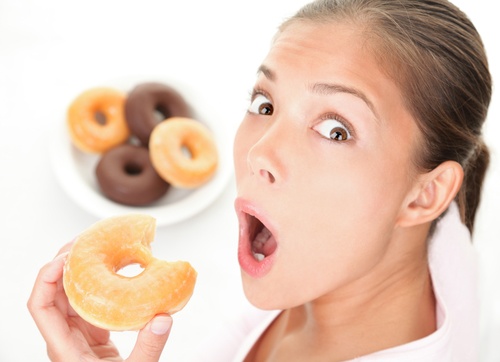 A field of Humanistic Psychology known as Self-Determination Theory provides an interesting model for why individuals engage in binge eating disorders.  The theory suggests that every person on the planet needs to fulfill 3 core values to be happy.  Every person must feel competent, related to others, and in control of their actions.

A binge eating disorder perpetuates itself in part because of the strong feeling of a lack of control.  Impulsive behavior is quite common among those with binge eating disorders, and it is very easy to feel as if we’ve lost the ability to regulate our own behavior.  When we feel like we have a lack of control, we can doubt any attempt for ourselves or others to help, causing the cycle to self-perpetuate.

It is also common for people with binge eating disorders to feel a detachment from others.  A lack of relatedness, feeling detached means being less grounded and increasing the risk of depression, anxiety, stress, fear, and insecurity.  It can lead to people feeling quite along and incapable of solving the problem.

Finally, competence is a big issue and many people who suffer from a binge eating disorder struggle to feel competent when every attempt they make to change is stymied.  This can lead to abusing alcohol and giving up on ever trying to get better.

While this is a lot for anyone to deal with, you have the power within you to work against these negatives and regain the sense of self you deserve.  We will talk about what you can do to help yourself further in this article.

What Kind of Health Consequences are There? 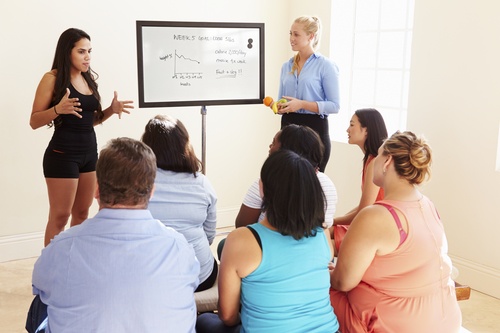 There are countless reasons to address a binge eating disorder.  They include psychological, mental health conditions, physical damage, and more.

It is quite common for binge eating disorders to make existing mental health conditions significantly worse.  For example, it can lead to and perpetuate depression.  It can increase anxiety and lead to anxiety and panic attacks.  Other personality disorders will not benefit from the loss of control and emotional toll that mental health conditions take.  Solving a binge eating disorder, as a result, can dramatically improve one’s state of mind.

Individuals suffering from binge eating disorders are most often overweight as well.  Thus, they are subject to a range of physical damage against their body, including Type-2 Diabetes, high blood pressure, high cholesterol, certain types of cancer, heart disease, gallbladder disease, and more.  Eliminating a binge eating disorder can make it dramatically easier to get your weight under control and to reduce the risk of these things happening.

How to Stop Binge Eating

Binge eating disorders are approached in a similar way too many other psychological disorders out there.  Extensive therapy is suggested first with drug-therapy being used if the underlying conditions cannot be fixed through traditional therapy.  For example, if the depression element of a binge eating disorder happens to be chemically biological, then an anti-depressant may be used to deal with this piece of the puzzle.

Often, cognitive behavioral therapy, also known as CBT, is used.  Conducted by an individual who is a clinical social worker, psychologist, or psychiatrist, the therapist should have an underlying knowledge of binge eating disorders.  Through psychotherapy, you can approach the underlying issues that cause binge eating, work through the shame, fear, and guild that often comes up, and push through to re-establish control, a sense of worth, and a goal working forward. 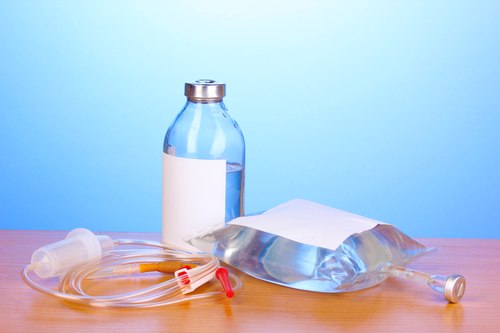 Drug therapy is a good idea if the issues cannot be resolved with traditional therapy alone or there is an underlying issue that is biological or chemical in nature.  For some individuals suffering from binge eating disorders, anti-depressants are prescribed.  While they can be helpful, they also come with their own black box list of possible side effects that can be quite dangerous.  Before beginning any anti-depressant, it is imperative to have a doctor you trust work through what the prescription would be, and what kinds of side affects you might want to be aware of beforehand.

A Nutritionist can help you to set up meal plans and goals that keep you on track now and into the future.  Nutritionists are great sources of information, capable of taking all the guesswork out of healthy eating.  If you happen to have access to one, then you should really consider taking up their services as it is often invaluable.

If nothing else, being open about your disorder and finding supporting family and support groups can be critical.  Reaching out and forming bonds with other people helps you know that you are not alone and re-affirms the progress you are making through this challenging period in your life.

It’s never too late to address this serious medical condition.  Understanding the need for care services, there are a range of additional resources that you can take advantage of.

womenshealth.gov – for women, you can reach out and get information and assistance.

Academy for Eating Disorders (AED) – open to all, the organization is among the best placed to aid and additional information on what you can do to address your concerns.

American Psychological Association – the APA has a lot of information on disorders, including Binge Eating Disorder and is well worth using as a tool for more information.

National Institute of Mental Health, NIH, HHS – the government branch responsible for tracking and providing information on a wide range of disorders, the NIH can be a helpful place to gather information.

National Eating Disorders Association (NEDA) – NEDA is specially placed to aid as they have a great deal of experience dealing with all kinds of eating disorders.

The Obesity Society – another great source for those looking for additional assistance and information.

The most valuable thing in the world is your life, happiness, and wellbeing.  But only you have the power to act on your behalf.  While the road ahead may be challenging and often feel impossible, you can do it.  Thousands have come before you, and thousands more will come after.  Your next step is in reaching out for assistance and in addressing what can be immensely painful and frightening.  Know that you are not alone and that you are well worth it.