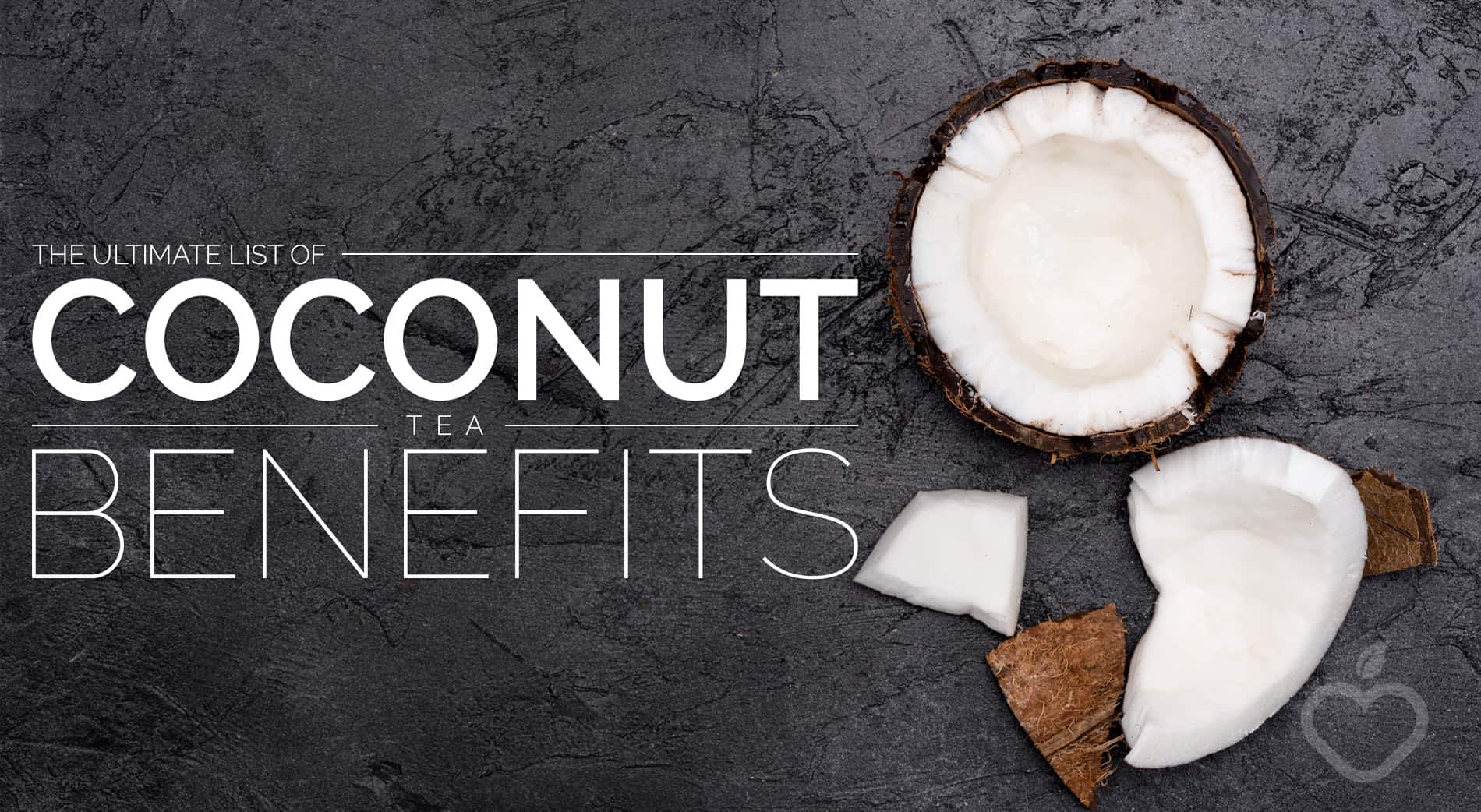 We have all seen those tropical islands, and we couldn’t help but notice those coconuts trees lining up the beaches. It surely is a refreshing site, and we all hope we could live in such locales.

But coconut trees aren’t just ornaments in the tropical paradises; they’re also miracle plants whose parts, from its roots to its palm fronds, have been used by islanders for thousands of years. And best of all, is its fruit, nut or seed. The tree is a source of fiber, fuel, and even musical instruments.

It’s hard to believe that a third of the world’s population have the coconut as the main food staple and yet in the West, it’s still considered exotic. But its popularity has exceeded expectations. This football-sized fruit has three layers. The exocarp or the husk, the mesocarp or the hard shell, and the endocarp or the “meat.” The first can be used for fibers and fuel. The second, for utensils and the third one for medicine and food.

The coconut plant has been used in the Orient to cure various ailments through the centuries. The meat has been a delightful ingredient in many Asian cuisines, and its popularity has gone global. On the medical front, the coconut has also been researched to find the scope of its nutritional benefits. Here are some findings:

What is Coconut Tea? 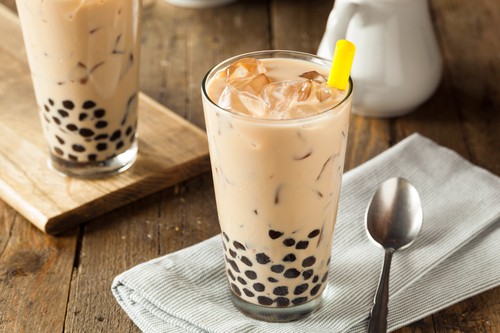 This is a relatively new beverage, at least for Western countries. As the name implies, coconut tea is a type of caffeinated herbal beverage that’s made from milk and coconut flakes, combined with either black or green tea, more info on best brand green tea weight loss. The concoction makes for an exceptional beverage with potent active ingredients, not to mention its delectable flavor. The East has been preparing this drink for generations, especially in tropical regions where coconut trees abound. It’s traditionally served hot, but innovations have been introduced to make the drink appeal to new and old drinkers. These days, it can be served cold as iced tea or bubble tea. The common ingredient is always coconut, providing the main flavor and the nutritional elements.

Coconut and tea are the main ingredients of coconut tea, and both these are high in nutritional counts. Coconut is nutrient-rich containing, among others, lauric acid, saturated fats, magnesium, vitamin C, iron, fiber, and potassium. Tea, on the other hand, is rich in polyphenolic compounds and other active compounds that give a lot of benefits. When these two are combined, you come up with a “super drink” that’s surprisingly healthy. Let’s name some of the benefits of drinking coconut tea:

Cancer prevention. Because of their complementary antioxidant properties, both coconuts and tea have been highly recommended as a natural preventive remedy for the common symptoms of cancer. Polyphenols in green, black, and oolong tea along with the antioxidants in coconuts make a powerful combination in combating free radicals that are linked with cell destruction or mutations that could lead to the health issues like cancer.

Fights infections. The anti-microbial compounds in coconut oil, like peptides, can prevent almost all types of bacterial infection by eliminating specific bacteria. Furthermore, the lauric acid can inhibit viral and fungal infections. Drink a cup of coconut tea often to keep the body free from such infections.

Heart health. Cholesterols cannot be all bad. There are also “good fats” which are highly found in coconut oil. These “good fats” also known as HDL cholesterol, together with lauric acids, can protect one from coronary heart diseases and high blood pressure.

Studies have shown that coconut oil can increase HDL and lessen LDL. In simpler words, the oil can increase “good cholesterol” and lessen “bad cholesterol.” This will benefit the heart and your blood pressure. Levels of triglycerides are also put on the check, and this can minimize any cardiovascular diseases which are usually caused by free-radicals. The occurrence of myocardial issues like stroke is also minimized by the enzymes stimulated by coconut oil. As for tea, it has always been admitted that it’s great for hypertension and heart health.

Liver health. Toxins that tend to cause harm to the body are removed from the liver with the support of the hepatoprotective compounds and antioxidants found in tea. Right now, more studies are still being conducted on how coconut tea can benefit the liver.

Aids in weight loss. Both tea and coconut are good for people who want to lose weight because they can suppress appetite or the craving for food. Both can speed up metabolism and inhibit the activities of enzymes that are responsible for building fat.

Other benefits of coconut tea. Coconut tea is coconut and tea. The former can either be in the form of milk, cream or flakes. The latter can either be black, green or oolong. The concoction can either be served hot, cold or as bubble tea. This drink offers health benefits to the body. Here are some more benefits: 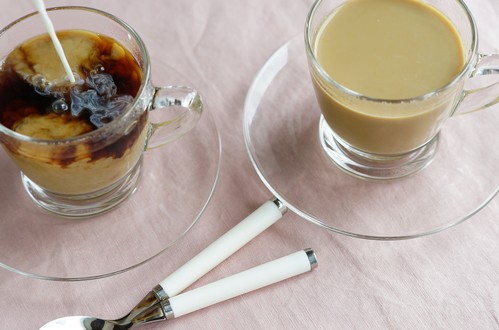 Tea is great, ask the English. It’s delightful and goes well with crumpets. But indulging too much is not recommended as it could cause diarrhea and nausea. If you are allergic to coconuts, it’s best advised to stay away from coconut tea.

Moderation is a good discipline to follow in almost anything and everything. Even with coconut tea. Don’t over-indulge. Pregnant women, for instance, can still leisurely sip a cup of coconut tea without causing any harm. It could be good for them because coconut is believed to relieve morning sickness and constipation during such periods. However, too much is bad because of the caffeine content in tea. Either they can resort to decaffeinated tea or consult first with the doctor. 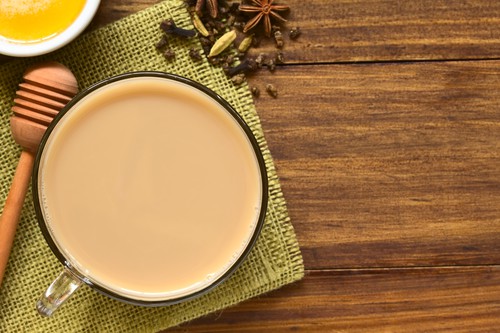 Coconut tea is made with coconut and tea. But one can make some modifications to make the coconut tea more appealing and flavorful. Be innovative. Add some exciting ingredients like spices and herbs and enjoy the re-invented tea even more. Here are some recipes to consider for new and hopefully, better flavors:

Coconut Oil is Healthy Too! 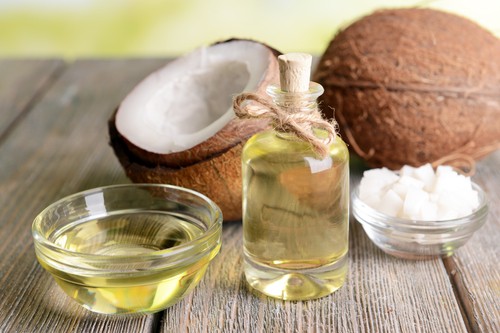 Coconut oil of late has invaded our daily living as it has made its way to our hair and skin, our smoothies, in creams, ointments, and on our frying pan. That is just naming a few. People are attracted to coconut oil for good reasons because of the benefits it can offer to both our mind and body. The addition of coconut oil in the diets is a great way to improve the health, well-being, appearance, and even the sex life. Read on and find out about the miraculous stuff that we get from coconuts.

It can help promote weight loss in long-term. Coconut has long been used to lose weight. The capric acid and other medium chain triglycerides (MCT) in coconut have been shown to increase the daily energy use in the body. That extra burned energy of about 100-200 calories may not seem much but computing it over a longer period, would be significant.

It can curb the appetite. Coconut oil has an interesting effect on hunger. This may be related to how fatty acids in it are metabolized. Add some coconut oil to coffee or tea. Aside from enhancing the flavor, it can help suppress food cravings and consequently, lose weight.

It can eliminate bacteria. Half of the fatty acids found in coconut oil are lauric acids, and this type is particularly effective in destroying bacteria, fungi, and virus. Applied externally, the oil can prevent infections. If ingested, the oil is great in harmful elimination pathogens that enter the body.

It promotes the health and functions of the organs. Coconut oil can serve as a natural antibiotic since it destroys the lipid coatings of bacteria. Such attack will kill the bacteria. The application is effective against urinary and kidney infections.

Saturated fats are also found in significant amounts in coconut oil. Such fat contents may not seem positive, but these fats in coconuts function differently than those derived from animals. Coconut oil increases the levels of “good cholesterol” and helps convert the “bad cholesterol.”. This process will support heart health and will lower the chances of heart diseases.

It’s great for hair and skin. One can use coconut oil as a skin moisturizer, and it can also increase the skin’s lipid content. Applied to the scalp, it can be very beneficial for different types of hair damage. All these are made possible because of the fatty acid content of the oil. For more info on coconut cream for hair growth, click here.

It enhances digestion. Coconut oil can help in food digestion in three ways. First, it enhances digestion by improving the body’s absorption of fat-soluble vitamins, magnesium, and calcium. Second, when taken together with Omega-3 fatty acids, the efficiency increases two-fold. Third, the oil can improve stomach health by eliminating bad bacteria and more.

It helps balance the hormones. You would expect a series of problems when there is a hormone disruption. Lauric acid can come to the rescue as it can help maintain the balance. Coconut oil can help women who are menopausal or pregnant maintain balance in hormones, especially their estrogen levels.

It helps reduce the risk of seizures. The digestion of coconut oil will produce ketones. These compounds are best known for their therapeutic applications, especially in the treatment of epilepsy in young children. A ketogenic diet would need a minimum amount of carbohydrates but huge quantities of fat. This will result in high concentrations of ketones present in the bloodstream. Test have proven the dramatic reduction of seizures in children with epilepsy.

It can help prevent insulin resistance. Type 2 diabetes is a precursor to insulin resistance. To compensate for this, the pancreas will start pumping more insulin, and this will lead to its overproduction. This sets the conditions for type 2 diabetes. Coconut oil can help in balance these insulin reactions in cells which contain ketones. When we ingest coconut oil, ketones are produced in the body, and this compound can relieve the strain felt by the pancreas by providing the body with a continuous source of energy that does not rely on these glucose reactions.

It has anti-inflammatory properties. Because of the high levels of antibodies that are found in coconut oil, it has been used in the treatment of arthritis by reducing inflammations associated with the disease. So far, the oil has been a more effective treatment as against leading medications. Best coconut oils are those that have been harvested using medium heat. Such quality has better results in suppressing inflammations. Aside from a good-inflammatory, it’s also an analgesic.

Are Frozen Meals Healthy? (All You Need to Know)