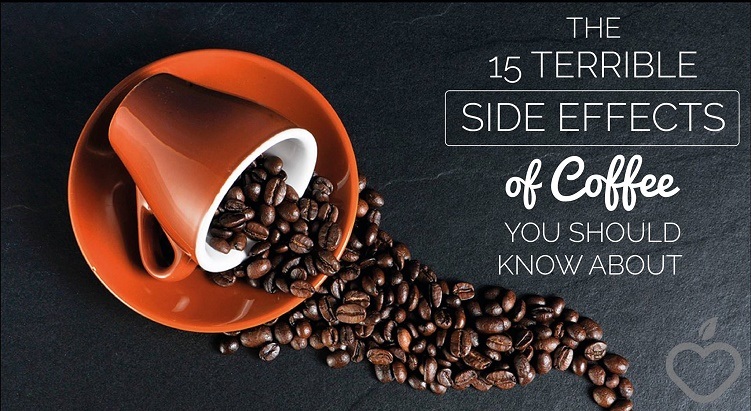 You’ve just read the title, and now you’re thinking “What? How could anyone say anything bad about coffee? My precioussss…”

Gollum comparison aside, most coffee drinkers are pretty passionate about their Java. Being a coffee snob is pretty much a way of life these days. With so many different cultivars of coffee in so many different recipes, it’s hard not to love coffee.

But don’t get up in arms just yet!

We’re passionate about coffee as well. I’ve been known to down my fair share of Joe–everything from a proper espresso to a cappuccino latte to frappes and even the lesser-known drinks (like Bulletproof Coffee).

Note: I REFUSE to try Pumpkin Spice Latte. Sue me. 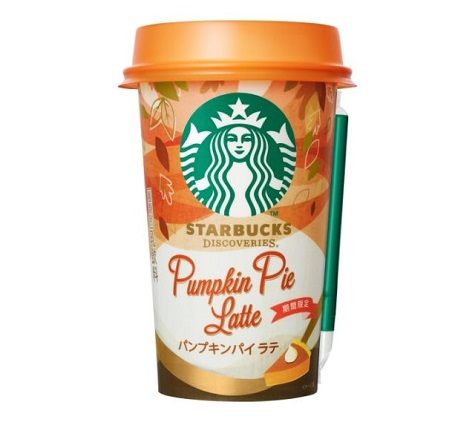 You know the old saying, “Too much of any good thing can be bad for you”? Coffee is so delicious and wonderful that there HAS to be downsides to it!

In this post, we’re going to take a look at coffee side effects to answer the question “Is coffee bad for you?” once and for all.

Set aside your passion for coffee for a moment so you can critically examine the side effects of coffee listed below.

Even if you know everything there is to know about coffee, you may learn a few things about the potential drawbacks of coffee… 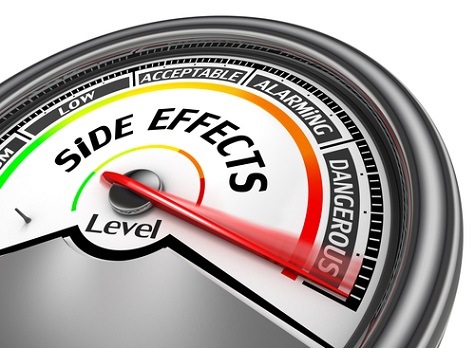 Here are some of the reasons that drinking coffee ruins you:

Pretty nasty side effects, right? And that’s before we even get to the effects coffee has on your body…

The Real Side Effects Of Coffee 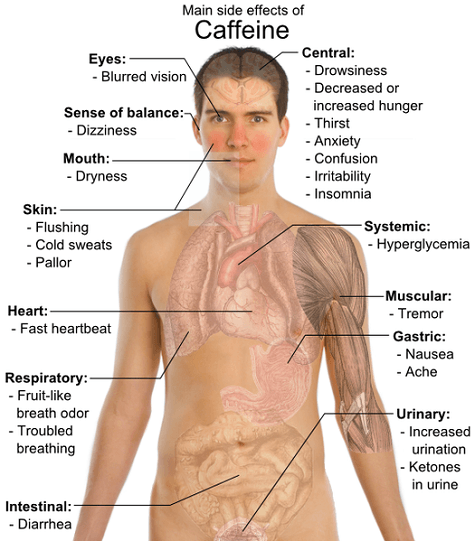 Humor aside, coffee does, unfortunately, come with some unpleasant side effects. We may not be talking “sprouting warts on your tongue” or “breaking out into hives”, but the coffee side effects are very real.

Here are some of the side effects of coffee you need to know about:

This means that caffeine makes your heart work harder to pump blood through your body.

High blood pressure is one of the most common risk factors in coronary heart disease. Roughly 70 million American adults (29%) suffer from high blood pressure. If you are one of these adults, drinking coffee will only make the problem worse.

Essentially, it will force your heart to work double-time just to pump oxygen and nutrients through your body. For those with high blood pressure, perhaps it’s time to cut back on the Java.

Increases acid production — Specifically hydrochloric and gastric acids. Both of these acids are necessary to break down the food in your stomach. However, too much acid can cause problems in your stomach.

The acid can eat into the stomach lining (causing ulcers), or it may increase your risk of acid reflux.

This is even more of a problem if you drink coffee first thing in the morning, when there is no food in your stomach to mitigate the effects of the acid.

Oddly enough, it’s not the caffeine’s fault! One study discovered that the roasting of the coffee is most likely responsible for the increased gastric acid release.

Worried about an increase in stomach acid? Either drink your coffee on a full stomach, or cut back on the acid-producing foods in the meals where you have a cup of Joe.

You see, when you drink coffee, you increase the production of acid in your stomach. This increase in acid weakens your stomach lining, making it easier for bacteria (like the H. pylori bacteria responsible for ulcers) to burrow into the stomach tissue.

And the effects aren’t limited to your stomach! Coffee can also irritate your small intestines, causing cramps, abdominal spasms, and alternating constipation and diarrhea–a condition known as IBS. Thankfully, this is a fairly rare side effect of caffeine!

Contributes to heartburn/acid reflux — Have you ever felt a burning, stabbing pain in your chest after drinking coffee? How about a feeling like the top of your stomach (mid-chest) is on fire? If so, coffee may be causing acid reflux or heartburn.

Caffeine relaxes the lower esophageal sphincter, the muscle that stops food from coming back up your throat once it hits your stomach. When the sphincter relaxes, it allows food and acid to come back up the esophagus, and the acid burns the unprotected tissue of your esophagus.

Coffee isn’t the only drink that can cause heartburn and acid reflux–caffeinated sodas and teas are also responsible. Still, if you’ve got that stabbing, burning pain, perhaps it’s time to give your body a break and cut coffee/caffeine for a week or two. Read more on the side effects of decaf coffee.

Affects brain and central nervous system — We all know that coffee makes us feel awake, but do you know why?

Coffee doesn’t actually cause your body to produce more energy; instead, it shuts off the part of your brain that registers tiredness.

Coffee antagonizes the receptors in your brain that recognize adenosine, the chemical that signals fatigue. By turning off these adenosine receptors, coffee tricks your brain into thinking that you are more alert, awake, and focused than you really are.

Caffeine also affects your central nervous system, and it can cause problems like:

Something to be aware of as you sip your Java! 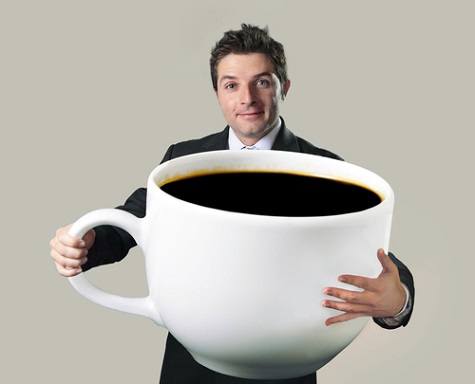 De-sensitizes your body to caffeine — We all know what happens when you drink coffee regularly: you have to drink more and more to get the same effects.

Caffeine is as addictive as nicotine and recreational drugs, and it affects your body the same, meaning no matter how much you drink, you never get the same “high” you got the first time.

The more coffee you drink, the more you need to drink to get that same effect. This is why so many coffee drinkers go from mild Americana-style coffee to cappuccinos and espressos. For espresso drinkers, there are few options–like Death Wish Coffee (the name speaks for itself…)

Not only is it hard to get the same “high”, but you develop a dependence on caffeine in addition to the tolerance. If you stop drinking coffee, you get the “shakes”, a headache, and other downsides.

Affects nutrient absorption — One of the most notable examples is coffee’s effect on calcium absorption. Coffee essentially interferes with your body’s ability to absorb calcium, preventing it from reaching your bones.

Excess body fat — Now, to be clear, this isn’t a side effect of coffee, per se. Just drinking black coffee can actually stimulate weight loss, and will increase your energy at the gym.

However, how many people actually drink their coffee black and ENJOY IT? A large majority of people add milk, sugar, or both to their coffee. And don’t get me started on the fancy coffees you get at Starbucks!

Between the cream, whole-fat milk, high-sugar flavorings, and whipped cream toppings, you can end up consuming upwards of 500 calories in a single cup of coffee. Drink two or three of these per day, and you’re talking about A LOT of extra calories.

It’s a bit of a hard saying. To keep your coffee healthy, you have to keep it simple. However, this makes it bitter and harder to drink. Tough call, right?

Laxative and diuretic — This one is a bit of a mixed bag. Many people depend on coffee for their regular bathroom trips, thanks to the fact that caffeine triggers peristalsis–or the contraction of your bowel muscles that send the waste material toward the exit.

However, it’s not all good. First, your body may become dependent on the caffeine to trigger this muscle activity, meaning it will be unable to excrete waste without the aid of caffeine.

It also acts as a diuretic, making your body flush water–fluid that may be necessary for a healthy body. To make things worse, a lot of the food emptied from your intestines as a result of the caffeine isn’t fully digested. You end up missing out on vital nutrients thanks to the fact that coffee empties your bowels before they’re ready.

Add to that an increased risk of irritation/inflammation, and you’ve got a good reason to hesitate before drinking coffee.

For a normal, healthy person, coffee won’t cause problems with your digestive tract. However, if you suffer from gastrointestinal disorders (like IBS, gastritis, Crohn’s disease, etc.), it may be a good idea to check with your doctor before drinking coffee.

Also, intake of at least two caffeinated beverages a day of men and women prior to conception increases the risks of miscarriage. Studies show that male preconception consumption of caffeine was just as strongly associated with pregnancy loss as that of females. This leads to the conclusion that caffeine intake of both parties during this time directly contributes to pregnancy loss.

A lot of negatives, right? Sounds almost more harmful than good, doesn’t it?

So, now it’s time to answer the question, “Is coffee bad for you?” Are the side effects of coffee a deal-breaker, or can you keep drinking regardless?

In the end, it comes down to individual choice. You know what the coffee side effects are, and you can see how caffeine affects your body. You’re a grown-up able to make a wise, informed decision for yourself!

The Ultimate Guide To Purchasing A Coffee Grinder

The All-in-One Guide to Recognizing the Symptoms of ADHD

Everything You Need to Know About Pickles

12 Super Nutrients To Accelerate Your Weightloss