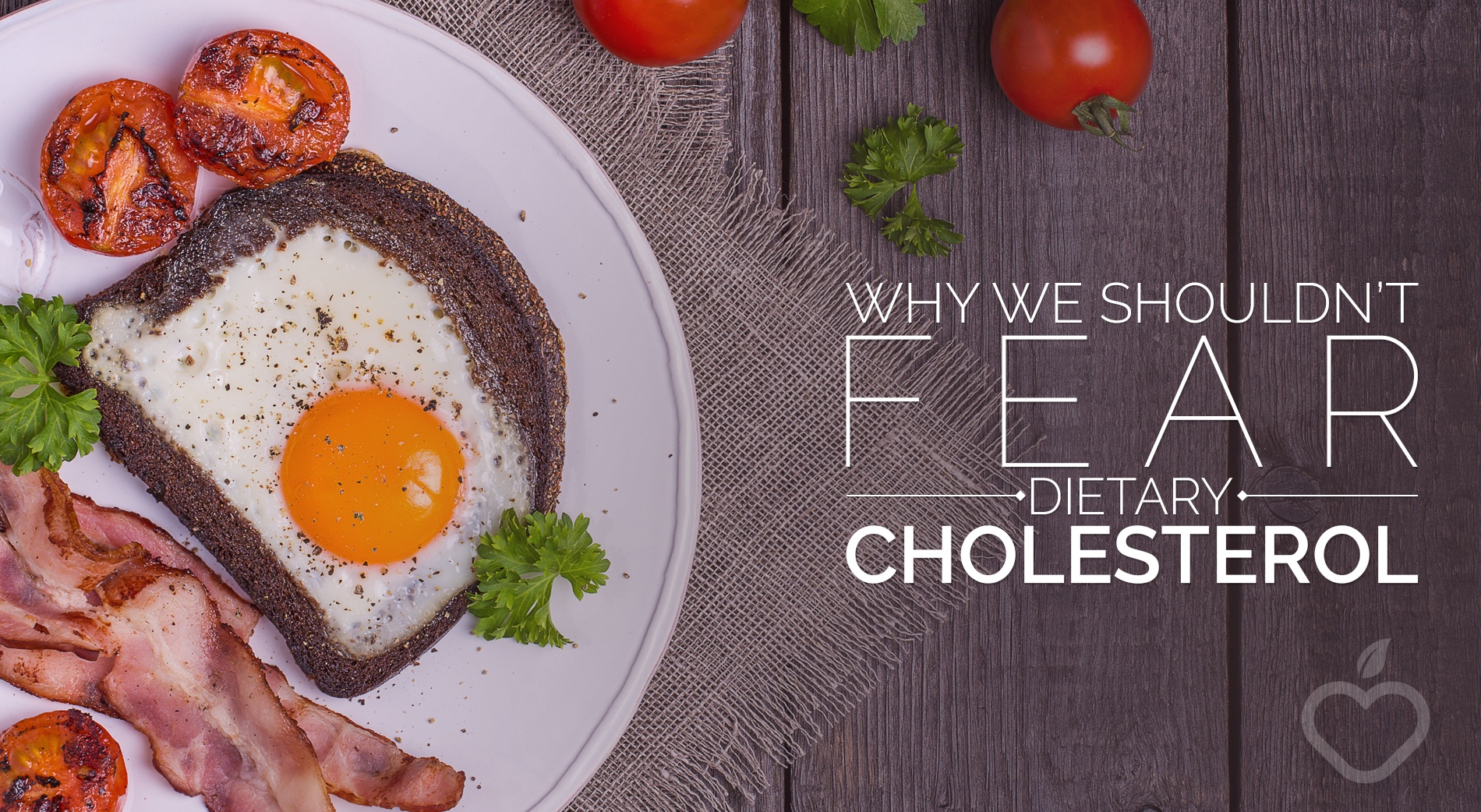 For a long time, foods high in saturated fat (and subsequently, high in dietary cholesterol) were demonized within the health and fitness industry.

Early research suggested that high levels of cholesterol in the blood were associated with an increased incidence of cardiovascular disease – as such it seemed logical that foods high in cholesterol would increase blood cholesterol levels, leading to heart disease.

While on face validity this does indeed sound plausible, recent research suggests that this may not actually be the case, and dietary cholesterol may not have any impact on the levels of cholesterol found in the blood (and thus, may not actually influence our risk if hear disease at all). 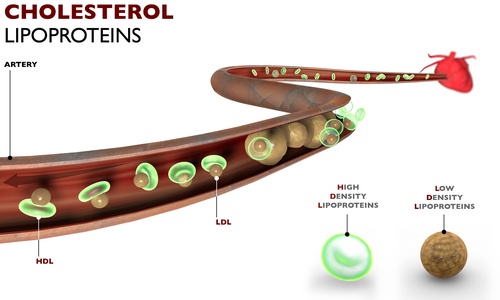 The contributing factor of cardiovascular disease is known as Atherosclerosis. Atherosclerosis describes the accumulation of plaque (a hard substance made up of cholesterol) on the walls of our arteries.

This build up reduces the diameter of our arteries, which leads to an increase in blood pressure, and an increased risk of cardiovascular disease. Furthermore, as this accumulation of plaque continues, there is an increased risk that part of this plaque will break off, becoming a blood clot (which may lead to a heart attack or stroke).

Cardiovascular disease is one of the leading causes of death in the world [1], and as such the importance of it, prevention cannot be overstated.

The exclusion of saturated fat and cholesterol from our diets is not part of this prevention. 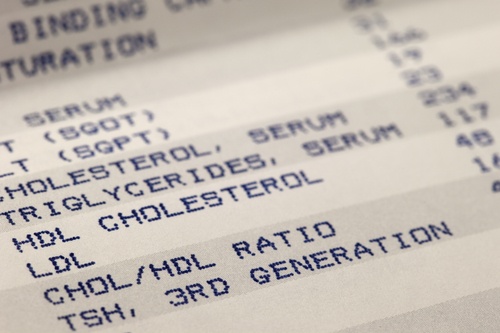 Now, before we even start discussing dietary cholesterol, there is an extremely important point that needs to be made.

It is an organic molecule that has a fatty, wax-like texture that we (we as in humans) cannot live without.

Additionally, cholesterol is a key component in the production of hormones such as testosterone, estrogen, and cortisol.

Cholesterol in The Blood 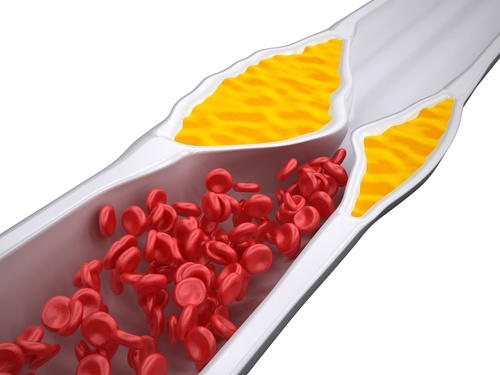 These cholesterol-carrying structures are called lipoproteins.

Because cholesterol is a fat-soluble substance, it is unable to enter the blood stream directly (think about oil in water – it just will not work), and as such needs to be transported by lipoproteins.

LDL is often referred to as ‘bad cholesterol’ (despite not actually being cholesterol itself). While both LDL and HDL transport cholesterol in the blood stream, LDL is considered ‘bad’ because it is known to break down easily, which leads to the deposition of cholesterol on the walls of our arteries.

It is this deposition that can lead to increased blood pressure. Furthermore, this cholesterol can also lead to arterial inflammation and disease (which is also bad).

On the other hand, we have HDL.

HDL is often referred to as the ‘good cholesterol.’ HDL is extremely dense (hence the name, high-density lipoprotein) and as such hangs on too its cholesterol extremely tightly. Additionally, HDL has been shown to collect excess cholesterol from the blood, where it then returns it too the liver.

Once the cholesterol is returned to the liver, it is either used in hormone or cell production or excreted from the body. Either way, it will not end up on the walls of your arteries.

Thus, there has been evidence to suggest that HDL protects your arteries from plaque build-up. Furthermore, high HDL levels in the blood have shown strong associations with a reduced risk of cardiovascular disease and cardiovascular risk factors [3].

So firstly, this suggests that, historically, we may have been looking at blood cholesterol all wrong.

The research demonstrates that our total level of blood cholesterol is not a good indication of health, and rather the ratio between LDL and HDL is the most important factor to consider when establishing the risk of cardiovascular disease and general health. 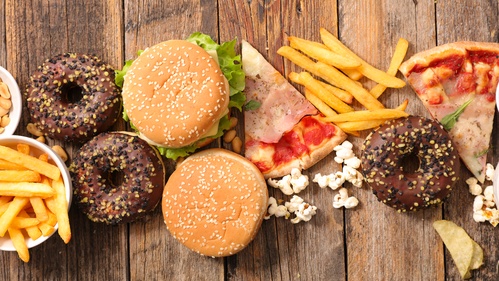 So, as mentioned above, the body itself produces cholesterol (a HUGE amount in comparison to what we could consume in a single day). Thus, the body tightly regulates the amount of cholesterol within the body at one time to meet its requirements.

This means that during periods where we consume very little cholesterol through our diets, the body produce more cholesterol. Similarly, when we eat large amounts of cholesterol, the body down-regulates cholesterol production accordingly.

As a result, dietary cholesterol actually has very little influence on the levels of cholesterol found in the blood in most people – and in those individuals (a very small percentage of the population) who do see a small increase in blood cholesterol after a period of eating a diet high in cholesterol see a rise in both LDL and HDL (suggesting no increased risk of heart disease) [4].

So, despite what the mainstream health and fitness information has been spouting for the last 50 years, it becomes apparent that dietary cholesterols do not actually cause cardiovascular disease.

And there is an abundance of research to suggest this, showing that diets both high in cholesterol and saturated fat show no affect on heart disease risk [4].

Furthermore, research has suggested that increasing the consumption of naturally occurring cholesterol (such as that found in meat and eggs) may increase HDL levels in the blood, while also causing a simultaneous decrease in blood LDL (and thus decreasing the risk of developing the cardiovascular disease) [5].

So, if dietary cholesterol doesn’t increase our risk of cardiovascular disease, what does? 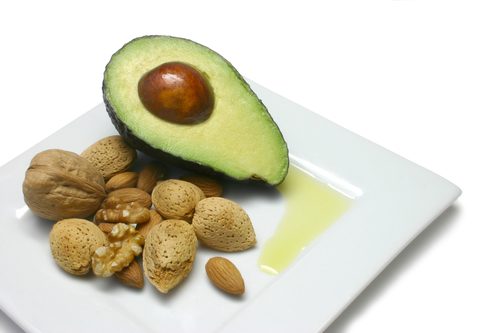 Despite low-fat diets being recommended for years to reduce cardiovascularly and hart disease, this caused a shift in eating where low fat but highly processed foods were prioritized over naturally occurring foods like dairy, eggs, and meat.

These oils, including soybean, corn, cottonseed, and vegetable oils are extremely high in polyunsaturated fatty omega 6 acids (rather than saturated fats, which we now know have no negative effect on blood cholesterol). The consumption of these oils has shown to be quite harmful when consumed in excessive amounts and can contribute to systemic inflammation within the human body.

In fact, the consumption of the oils on a regular basis has been shown to increase the risk of developing cardiovascular disease significantly [6].

In addition to highly processed oils, highly processed and refined sugars have also been shown to increase the amount of LDL found in the blood [7] – yes, those exact same refined and processed sugars that appear in countless healthy, low-fat food and beverages.

So, on closer inspection, it becomes apparent that the dietary recommendations made by the health industry in the 1970’s were not necessarily correct, and have been suggested to be based upon poorly done research (Google Keys Study).

Recent research has suggested that dietary cholesterol does not influence blood cholesterol levels negatively, and the consumption of foods naturally high in both cholesterol and saturated fat (such as eggs) can increase blood HDL levels, decreasing the risk of cardiovascular disease.

Highly processed oils and sugars appear to be the real culprits, both of which have been linked to an increased risk of heart disease.

As such, we should try to avoid eating highly processed foods, and should aim to increase our consumption of naturally occurring foods such as vegetables, dairy, and other meat based products as a way to reduce the risk of cardiovascular disease!

Cancer Causing Foods You Are Eating Every Day! – Infographic

The All-in-One Eyeliner Tips You Should Know

7 Reasons Why Cinnamon Is The Best Spice For Your Pastries

12 Super Nutrients To Accelerate Your Weightloss