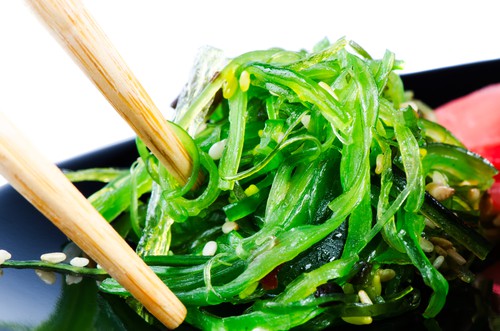 Traumatized? Confused? Disillusioned? Don’t be. Seaweed really isn’t as weird as you might think.

The reason that seaweed is such a common ingredient is that it comes in many forms, and it has some very unique (and very useful) properties. From food preservation and medication preparation, to improving weight loss and treating high blood pressure, seaweed offers a range of valuable attributes — and lest we forget why it’s used in sushi and snack chips in the first place, it’s also a nutritious sea vegetable that just so happens to taste good.

But this is all really just scratching the surface (so to speak). To get deeper into the value and benefits of seaweed, let’s dive in and learn some more about it: what it actually is, where you are likely to find it, what it can do, and why you really should be eating more of this particular food. 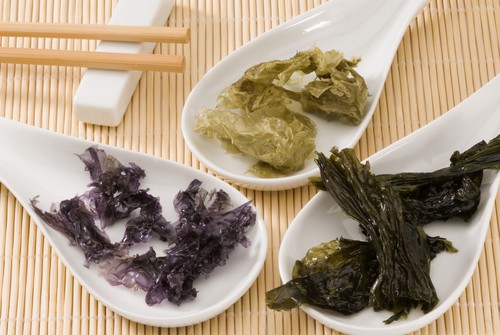 First things first. Before we get into the specifics of seaweed as an ingredient, you need to understand that there are many, many different kinds of seaweed. How many? Well, that’s actually kind of a tough one to answer. The ocean is a big place, so no one can say for sure, but approximately 12,000 different seaweed species (~7000 red algae, ~2000 phaeophytes, ~1500 green seaweeds, and ~1500 blue-greens) have been identified and described, and even more may exist that haven’t been identified.

As such, the term ‘seaweed’ itself is a rather broad one, often referring to a very wide spectrum of multicellular algae. But despite this range of possibilities, when people talk about seaweed, it’s a fair bet that they’re talking about red, green, and brown seaweed. Green seaweeds and brown seaweeds are the kind we eat most often in cuisine, and red seaweed is regularly used as an ingredient in many popular food products.

And why exactly do we eat these different kinds of seaweed? We eat them because in addition to the aforementioned taste, seaweed is incredibly nutritionally dense, to the point where it is often included prominently on superfood lists. Edible raw seaweed is rich in vitamins A, B, C, D, E, and K, along with vital minerals and nutrients such as calcium, magnesium, potassium, copper, and iron.

Seaweed also contains high levels of iodine, which plays an important role in thyroid health. The thyroid takes the iodine found in seaweed and converts it into the thyroid hormones thyroxine and triiodothyronine (known as T4 and T3). These hormones are necessary for regulating the metabolism in every cell in the human body. The human body is incapable of making iodine on its own, so it relies on iodine from dietary sources. Iodine deficiency can lead to swelling of the thyroid (resulting in a goiter), hyperthyroidism, and even pregnancy-related problems, such as miscarriages, stillbirth, early delivery, and congenital abnormalities in the babies. A diet rich in seaweed can help prevent these problems.

Medically speaking, seaweed has likewise been linked to a range of other health benefits. Research has demonstrated links between seaweed and such advantages as helping discourage cancer-cell growth and lowering high blood pressure, and it may even help fight diabetes.

Even so, raw (or even cooked) seaweed is seldom used in western dishes. Instead, it is most common in Eastern Asian cuisine in Korea, Japan, and China where it is eaten whole in foods like sushi, salads, and soups. In many areas of the West you may only regularly find unprocessed seaweed in specialty foods. 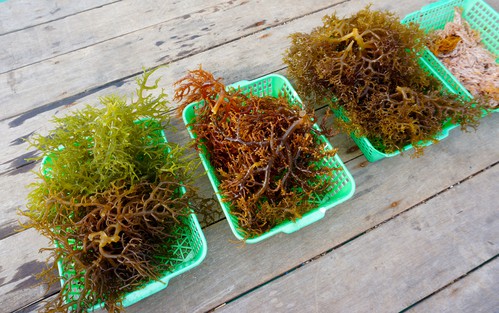 But despite the Western cultural disinclination to raw seaweed, worldwide seaweed production is currently on the rise. Due to high demand and a wide array of potential uses, dozens of species of seaweed are regularly harvested for human consumption (in addition to being used as a nutritious and inexpensive animal-feed additive) in numerous coastal nations around the globe. In fact, the seaweed industry takes in approximately 7.5 – 8 million metric tonnes of seaweed every year, accounting for an estimated total annual value of $ 5.5 – 6 billion.

But don’t let the big numbers give you the wrong impression; even though seaweed is a major focus for many large, economically powerful nations such as China, Japan, and the UK, seaweed farming is particularly beneficial to smaller, developing nations. This is because the costs and resources associated with seaweed farming are significantly lower than the costs associated with more traditional, land-based farming.

Why is this? Well, it’s because of a few key differences between aquaculture farming and traditional farming. For example, seaweed doesn’t need any pesticides, any fertilizers, or any fresh water (just oceanic salt water). It requires no arable farmland, which is already in short supply across the globe. And, given that seaweed farming is relatively easy to do, there’s generally very little training involved. It’s also uniquely sustainable and can even help reduce pollution levels in the ocean and the atmosphere, and give declining fish populations a chance to recover, by offering a better alternative to economies traditionally dependent upon fishing.

Plainly, there are a lot of advantages to seaweed farming, and a whole lot of demand for it. This demand comes not only from the need for raw seaweed, but can also be attributed to the fact that processed seaweed (in a variety of forms) is an essential ingredient in many foods and other products.

In addition to being eaten straight (or incorporated into cuisine more-or-less intact), seaweed can be processed into a variety of useful forms and ingredients. But if you want in on the secret of how seaweed might already be a part of you weekly (or even daily) diet, then look no further than carrageenan. 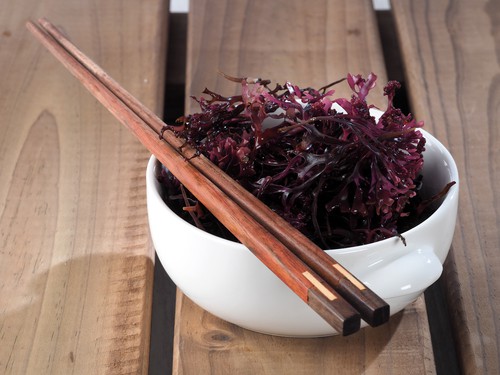 Carrageenan (pronounced “care-uh-gee-nun”) is a natural fiber found in Chondrus crispus — a type of red seaweed. Carrageenan is used in many foods, including lunch meats, syrups, baby formulas, and various dairy and dairy-substitute products. Interestingly enough, it is actually nutritionally-neutral, containing absolutely no fat, cholesterol, vitamins, or calories. When you eat it, your body treats it very similarly to how it treats fiber — it passes it through your digestive tract without really using it very much. But if your body doesn’t really digest it (nutritionally speaking), why is it so widely used in foods?

Well, carrageenan offers other advantages. Carrageenan is a highly effective thickening agent similar to cornstarch or flour. This means that it can be used to make soups, puddings, and other foods more viscous (and less thin or watery). Carrageenan is also useful as a stabilizer, which means that it keeps foods from separating into parts. This is critical for many reasons. For example, in baby formula, carrageenan ensures that nutrients are delivered in every sip. This way, even babies that don’t finish their bottles still get the nourishment their growing bodies need.

Babies aren’t the only ones who benefit from carrageenan as a stabilizer either. In other examples such as chocolate milk, this stabilizer helps keep layers of sediment from forming and sinking to the bottom, so you can enjoy your beverages without having to be constantly shaking them up. And, by replacing alternative additives that are often high in fat, sugar, or other less-than healthy options, carrageenan can, by extension, make food more nutritious, while also potentially extending the shelf life of the food.

Beyond that, carrageenan also has medicinal uses, and has been shown effective in treating coughs, bronchitis, and tuberculosis. Carrageenan has even been used to improve digestion and reduce inflammation. 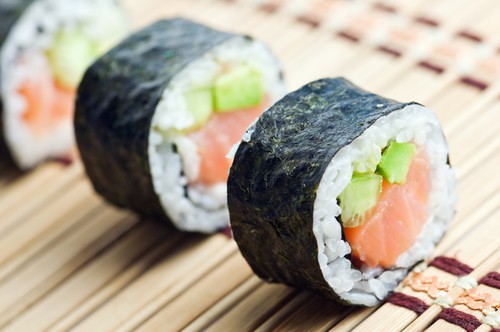 Seaweed is one of the most common kinds of plants found in the world. It thrives in lakes, rivers, oceans, and many other bodies of water. It provides protection and nourishment to many different kinds of aquatic life, and it helps filter out toxins and other harmful emissions from the environment. It’s a food. It’s an ingredient. It’s even a treatment.

Simply put, seaweed is doing more than keeping your sushi rolls together. From boosting economies to ensuring that your glass of chocolate milk stays nice and homogenized (no one wants to drink chocolate milk in layers), seaweed and seaweed extracts can be found all over the world in countless forms, and that’s a good thing.

So, the next time you notice that something contains seaweed, take a moment and appreciate all of the times you probably haven’t noticed it, and just how much you’ve been unknowingly benefiting from everything it brings to the table. After all, seaweed is everywhere, and when all is said and done, it’s really not that weird.

The Best Disposable Diapers for Newborns

10 Signs You Need to See a Dentist Right Away