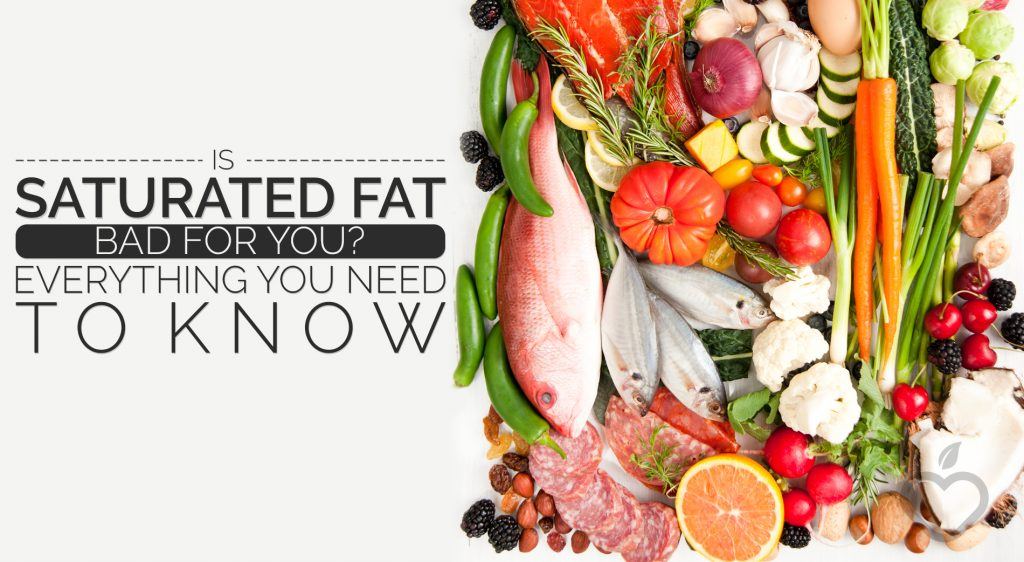 Saturated fat doesn’t have a great reputation as it pertains to heart health. In fact, this type of fat is often referred to as “bad fat.” However, a recent study showed that the health risks of saturated fat are not as pronounced as those which are linked with trans fats. In fact, they may be grossly exaggerated!

If you also want to eat less saturated fat or none, you will need to know what saturated fat is, what the key sources of saturated fat are and what saturated fat does to your health and body. Our detailed guide will provide all this important information. Once you have the inside scoop on saturated fat, you’ll be able to design a meal plan which isn’t reliant on it as a food ingredient. Another strategy is to moderate your consumption so that you get a little and never a lot. This sensible approach works well for a lot of people.

Our goal is to empower you by giving you access to the hard facts. Since we’ve made a point of checking out the latest medical research on these sorts of fats, you’ll be getting information which is fresh and current, rather than data which is out of date. You deserve the latest facts and research.

Let’s start out by talking about exactly what saturated fat is.

What is Saturated Fat? 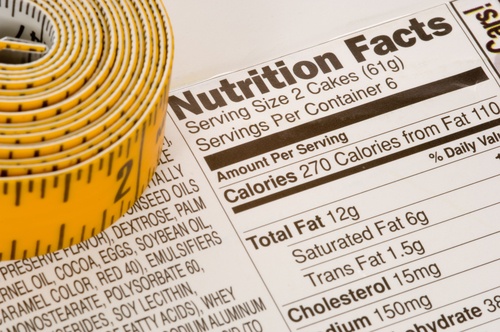 Per conventional medical research and wisdom, which contradicts the latest study on saturated fats, foods which have saturated fats in them may raise cholesterol levels within the bloodstream. When levels of LDL-type cholesterol rise, the risk of developing heart health issues, such as stroke and heart disease, also go up.

A lot of experts believe that any dietary fats will generally boost the odds of heart health problems. While a recent study has made saturated fats vastly more appealing, they do have a bad reputation, and they have had a bad reputation for a long time. Future studies may improve this bad reputation, as the most current study has. Nonetheless, it’s safe to reduce dietary fat when you can, especially if you don’t give a lot of weight to the results of a single study.

While more research may prove that these fats aren’t bad for you, it’s a bit early to say that they are harmless definitively. The study is important, but part of a mosaic of research about saturated fats, which has been collected and assembled over many decades.

As well, since fat tends to promote weight gain, avoiding it may have weight loss benefits. The study in question, which showed no direct link between heart problems and saturated fat, was conducted by Dr. Dariush Mozaffarian, who works at Harvard’s School of Public Health. It’s a ground-breaking study and well worth mentioning, as it does exonerate saturated fat regarding its impact on heart health.

While everyone may not accept the results of the study, Dr. Mozaffarian is quite respected and credentialed and his study has certainly gotten a lot of attention. It’s important that you know about this study, as so many resources online don’t mention it. Some are old, and others aren’t properly researched.

By providing you with the latest information about saturated fats, we hope to give you a picture of these fats which is accurate and well-rounded. Then, you’ll have the information that you need to make a wise and informed decision about whether or not saturated fats are right for you.

What are the Sources of Saturated Fat? 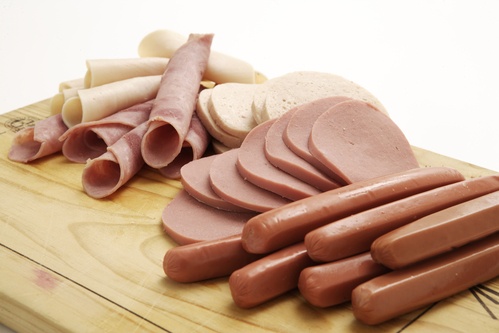 Meats which are likely to have saturated fat in them include fattier cuts of beef, meats which are processed, including sausage, salami, and chicken with the skin left on. Lamb is also a meat which contains saturated fat. Lastly, lard contains this type of fat, and you’ll find it in a lot of baked goods. It’s an ingredient to watch for if you’re interested in reducing the saturated fat that you take in. Reading product labels on baked goods will help a lot.

What Saturated Fat Does to Your Health and Body? 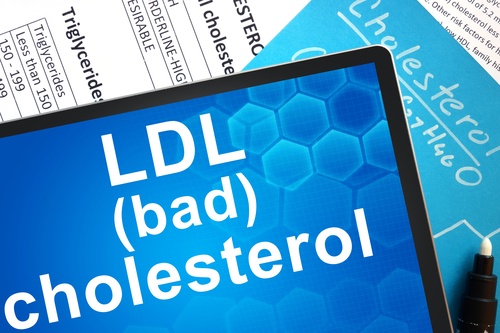 So, regarding its negative effects on the body, it’s kind of up in the air right now. However, saturated fat is a dietary fat, and it’s probably best to keep it out of your diet as much as possible, just in case. In the future, if you find out that it’s harmless, you at least saved yourself some calories by eating healthier choices. In general, fatty cuts of meat and baked goods made with lard are not the finest nutritional choices. So, you’re not going to hurt yourself by staying away from this stuff.

How to Make Healthier Choices 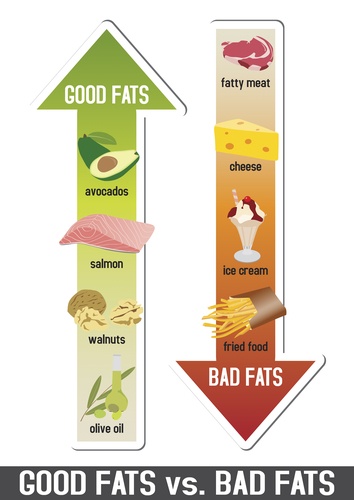 If you do feel that giving up saturated fat is in your best interest, there are some ways to make healthier choices. You don’t need to settle for fatty foods if you don’t want to. For example, instead of a lamb chop with saturated fat or a piece of fatty steak, treat yourself to a meal made with a lean protein, such as white meat chicken, white meat turkey or tofu. There are also leaner cuts of red meat which have much lower fat counts. To help, let’s look at the leanest cuts of red meat.

If you must have lamb, cooking up a lean lamb shoulder is probably the best way to limit the amount of saturated fat that you consume. It may still have some, but it’s likely to have less.

Going for low-fat dairy products will allow you to get the goodness of dairy (the goodness of dairy is something that is disputed, just like the bad reputation of saturated fat!) without the excess fat. Every dairy product is available in a low-fat version, so it’s quite possible to find substitutions very easily. While a part-skim Mozzarella may not have the same rich taste and texture as a full-fat Mozzarella, it will still deliver decent taste. Some brands will be better than others. Lots of low-fat milk and yogurts taste wonderful, so you shouldn’t feel too deprived!

One strategy for avoiding the saturated fats in some baked goods is making your own baked goods. When you do this, you’ll be able to find recipes which don’t require lard. Lard is a common ingredient in pie crusts. However, you’ll find some inventive pie recipes online which don’t require this ingredient. For example, vegan dessert recipes and gluten-free dessert recipes are out there, which don’t use the same old ingredients. So, baking without lard is more than possible, and it’s often delicious, too.

If you want pre-made baked goods, just read the ingredient labels before you buy. Another option is choosing organic bakeries. These types of bakeries are usually very open about what they put into their baked goods, so you won’t have trouble finding out if there is lard in something. A lot of bakeries don’t have ingredient labels on items, so don’t be afraid to ask questions. It’s quite all right to ask questions about ingredients and the staff at local bakeries are probably used to answering these types of questions.

Learning About Nutrition is Important 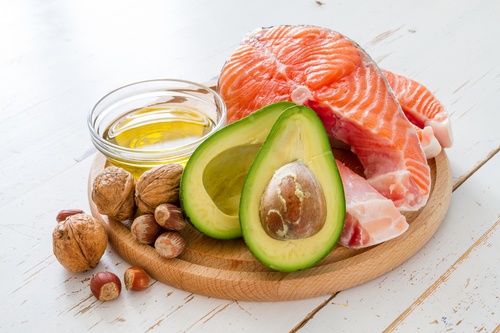 The more you learn about nutrition, the better. While everyone makes bad food choices now and then, a lot of people who learn about nutrition tend to stay away from unhealthy things, because they know the negative impact that they have. Hopefully, this detailed guide has helped you to learn all the most important facts about saturated fat. If you want to learn more about the roles that fats play in our diet and in how we feel, and whether we remain healthy in the future, be sure to do some research on trans fats and good fats (Olive oil is one example). Some fats are definitely beneficial, others aren’t so good at all. Trans fats should be avoided as they do nothing positive for the body. Good fats, such as those found in olive oil and fatty fish (salmon and mackerel, for example) do great things for the body.

Fat is only one part of the dietary equation. It’s something that we’re supposed to moderate. It’s, therefore, best to focus on whole grains, lean proteins, low-fat dairy products, veggies and fruit and healthy hydration. A clean diet which is higher in good fats than bad will always be a sensible choice. As well, this type of diet is a good way to avoid health problems in the future.

How we eat is dependent on a range of variables. We have cravings which factor in. Our taste buds vary from person to person, and this means that some people crave salty things or spicy things, while others have a palate which responds to sweet tastes. Willpower is also a factor. Some people can resist fatty meats and so on and others find them hard to resist. Lastly, our desire to be healthy may impact the way that we eat. For example, those with diabetes may carefully plan their meals to minimize the risk of diabetic symptoms. Those who want to lose weight may moderate fat intake or carb intake, or both, to meet their goals.

Eating is such a personal thing. Knowing how the body responds to saturated fat and other substances is the key to designing an eating plan which is just right for you. Hopefully, the information in this guide has empowered you and made it easier for you to understand what saturated fat is, where it is found and whether it’s good or bad. The new study has changed the way that a lot of people feel about saturated fat. It’s the only study of its kind. However, in the future, there may be more. By letting you know about this new study, as well as a host of other saturated fat facts, we hope to help you create an eating plan which is personalized and very healthy.

You don’t need to stay away from saturated fat forever. The most sensible approach, considering the new study, is to eat it in moderate quantities. If you’re concerned about heart health and you, don’t trust the new study one hundred percent, be sure to give saturated fat a pass. It’s not something that provides benefits, so going without it isn’t going to hurt you. There are plenty of other ways to get the calories found in saturated fat.

10 Reasons to Start to Include Cassava Flour in Your Baking

12 Facts About Vitamin B12 Deficiency – Infographic

The Complete Guide to Huntington’s Disease