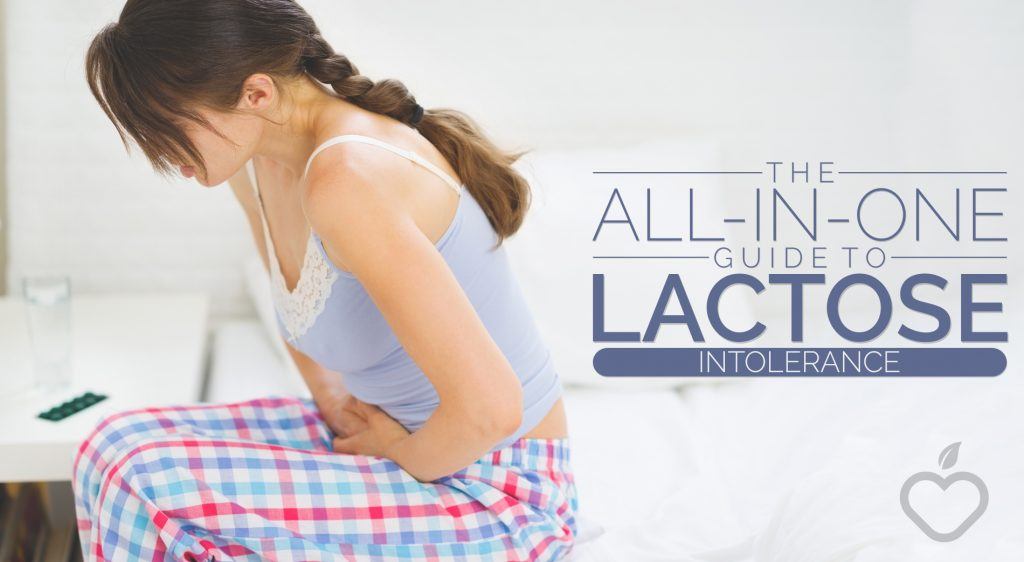 But while you’ve heard of it, you don’t know much about it. Now there may be questions over whether your lactose intolerance and what it means for you. Do you really need to give up all things milk and yogurt?

Here’s a look at everything you need to know about lactose intolerance: what it is, what it means, and what the symptoms are. 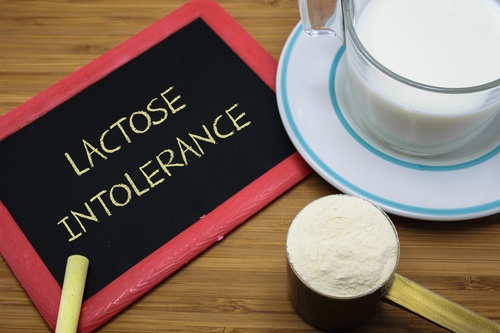 The two terms are commonly used interchangeably, but they are certainly not the same. Lactose intolerance is a person’s inability to digest lactose, which is a sugar found in dairy products. On the other hand, a dairy allergy is an allergic reaction to dairy products. Some of the symptoms can be the same, but an allergy is far more dangerous.

When it comes to lactose intolerance, a person will find it difficult to breakdown lactose in the small intestines. It is supposed to be broken down into glucose and other simpler sugar forms for absorption and energy. The glucose will fuel the body from the lactose gained through dairy products, which is broken down thanks to an enzyme called lactase.

If you are intolerant to the sugar, you won’t have enough lactase in the body to break down this sugar. Instead, the lactose is undigested and remains in the gut. It will eventually get broken down by bacteria to remove from the system, but this causes various symptoms, including cramping, bloating and gas.

Nobody Is Exempt from Lactose Intolerance 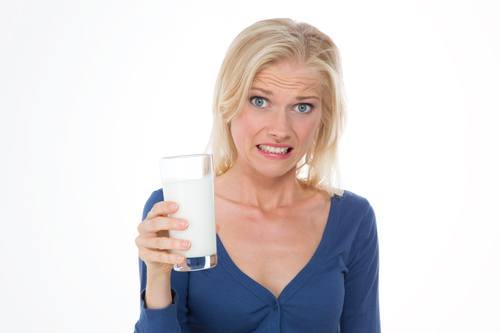 Some dietary problems will affect some types of people more than others. Lactose intolerance isn’t one of those that discriminates. While there are some people who are affected more than others, men and women are both effected equally. Scientists are still trying to understand how the intolerance forms and when it becomes a major problem.

This is usually something that occurs later in life. Children usually don’t have lactose intolerance because their dietary requirements are milk – usually breast milk. Their bodies are used to digesting the lactose, and it’s only as they get older that they start to experience problems.

It’s no longer considered that much of a disease. Lactose intolerance is just a normal part of growing up, and adults are just given the tools and tips needed to help avoid as much lactose as possible.

The Conditions that Can Cause Lactose Intolerance 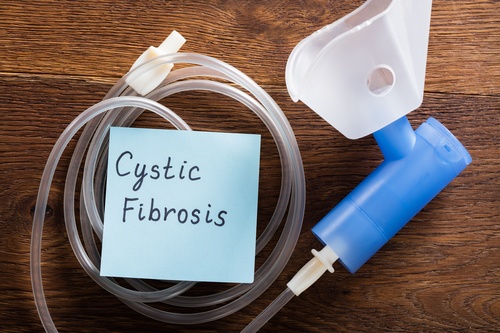 Those with cystic fibrosis usually have other health conditions, especially in the respiratory system or digestive system. The body doesn’t produce the right enzymes and chemicals while suffering from various hormonal imbalances.

The digestive system can suffer from allergies and intolerances from many other foods. The immune system is already working around the clock, and it views almost anything as a threat, even if it’s good for you!

The first condition is common for everyone. It’s a bacterial infection within the stomach and is known more popularly as food poisoning. There are a few reasons why it can happen, including bacteria-contaminated foods and poor hygiene.

It is very hard to prove where the food poisoning came from. In most cases, the symptoms disappear within a few days, but they can go on longer depending on the bacteria. The after-effects can include a change in the lactase enzyme, meaning lactose isn’t digested as easily.

Crohn’s disease includes symptoms such as abdominal pain and diarrhea. It involves the inflammation of the digestive system, which causes a lack of nutrients to be absorbed. At the same time, it affects the hormonal and enzyme balance, meaning the digestive system doesn’t get the enzymes needed.

Crohn’s disease is a serious condition and can limit life quality. Some sufferers are left on the couch or in bed for days, unable to move because of the pain. There is sometimes now warning for flare-ups of the disease.

With the digestive system struggling to work efficiently, various food intolerances are common.

A gluten intolerance or allergy, such as a celiac disease sufferer, could also find that they have a problem with lactose. Celiac disease especially is an immune disorder. The body reacts to the gluten in food, and it can lead to many of the same symptoms as lactose intolerance.

At the same time, the digestive system struggles to create the right enzymes for other food. The body can’t cope with the levels of lactose that you eat, and makes the gluten intolerance or allergy worse.

Knowing If You Are Lactose Intolerant

You may have suspicions that you are lactose intolerant. You just need to know more about the symptoms to make sure you have it right. These symptoms will usually appear around two hours after eating or drinking dairy products. The come from any type of milk based product, as the lactose sticks around.

Some of the most common symptoms include:

You may not get all the symptoms. It can depend on the severity of your intolerance and the amount of lactose you have eaten/drank.

If your intolerance is severe or potentially an allergy, you may also experience:

These symptoms will usually appear as soon as you’ve eaten or drank anything with dairy. They’re common in allergic reactions and usually due to being allergic to the proteins in dairy products. You should always seek medical advice.

It is important to note that everyone is different. Some people will only have mild symptoms for their whole lives. However, others will find that the problem gets worse. Your body continues to struggle to create the enzymes.

There are some people who find that they can take a small amount of lactose daily. However, they must watch out for the levels to be able to enjoy their time with friends 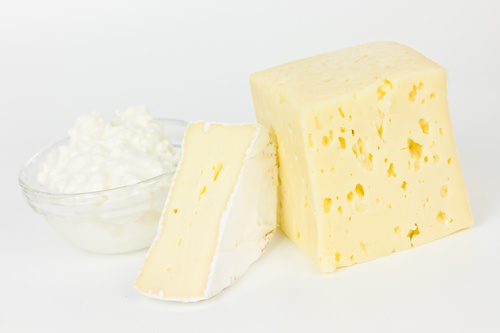 You can do a lactose intolerance test at home, but it is better to seek medical advice. Some of the symptoms are linked to symptoms of other conditions.

The milk challenge is the most commonly used test for intolerance. The results will then be used by your doctor to order other tests to make sure that this is the real reason. Remember that there are other conditions that can cause lactose intolerance to show up, and your doctor will want to rule them all out.

Go a few days without consuming any dairy. Have a glass of milk and see how your stomach is for up to two hours afterward. If you experience any of the symptoms, it is highly likely that you are lactose intolerant.

If you believe that you are intolerant to lactose, book an appointment with your doctor and share the milk challenge that you did. Your doctor can then order blood tests, breath tests, genetic tests, and an intestinal biopsy.

These tests help to determine how bad your intolerance is. The hydrogen breath test is extremely accurate for diagnosing the condition. Those who are lactose intolerant will release hydrogen in their body and breath after drinking or eating anything with lactose in it since the intestines can’t digest the lactose.

The blood test is like a glucose test. Your doctor will want to see how much glucose your blood has two hours after drinking milk. If you’re lactose intolerant, the levels will be low since the body hasn’t converted the lactose into energy.

The intestinal biopsy is the most invasive test available. A surgeon places an endoscope into the small intestine to see the lactase activity. It’s an accurate but non-preferred option for testing your intolerance.

In children or babies, some of these tests can’t be performed. The doctor will perform an acidity test instead. While babies and children are less likely to have lactose intolerance, some of them do, and it’s important to diagnose it early.

The test will check the pH level in the stools. If the lactose is being broken down by bacteria, the pH levels will be higher than normal. The acidic levels are part of the reason for pain and discomfort.

Getting Nutrients without Dairy Products 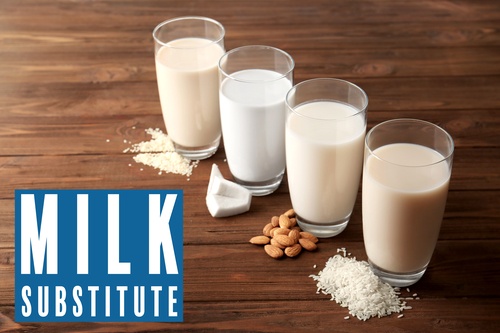 When you find out your lactose intolerant, you will instantly start to think about the nutrients that you can miss out on by not getting dairy products. Sure enough, dairy is an important source of various nutrients, including calcium, vitamin A, vitamin D, and vitamin B12.

While it’s an important source, it’s not the only source. Dark leafy greens are also a good source of these nutrients. You can also add some fish oils or olive oil to your diet for more nutrients.

You want to make sure you get enough of the nutrients daily. A mineral deficiency due to lack of dairy can lead to osteoporosis and other bone/teeth conditions. You will be at a higher risk of bone and teeth loss, as well as fractures.

You don’t need to follow a lactose-free diet if you’re just intolerant. In most cases, individuals can take up to 12g of lactose a day, which is the same as a cup of milk. That means you can still have some in a cup of coffee or through a small yogurt. You will need to test this yourself to see if your body can sustain small amounts of dairy. As mentioned, everyone’s intolerance is different.

It will mean cutting back or out various foods that have dairy. Some of them you may not be aware of. You’ll need to watch out for someyogurts, ice cream, cream, milk, kefir, butter, and cheese you eat.

You’ll also want to cut out whey proteins. These are dairy forms. If you want to get a protein shake, opt for a soy version instead.

The great news is that some of the milk alternatives available will give you many of your needed nutrients without the lactose. This is especially the case for almond, soy, and coconut milk. They can be made with vegan-friendlybutter and cheeses to create dishes. You’ll be surprised at the ways you can cut out dairy without even noticing it.

Watch out for some:

Some of these do contain added lactose. If you are in doubt at all, look at the ingredients list on anything that you eat. If it has any type of whey, animal milk, cream, or cheese, then it will contain lactose. You’ll also want to look out for sodium caseinate and other milk derivatives as they can have small levels of the compound.

Just because something says that it is dairy free or “non-dairy” doesn’t mean that it is lactose-free. There are companies that add it in without thinking about those who choose adairy free for their dietary requirements.

Being lactose intolerant isn’t the end of the world. It will mean changes to your diet, but they are relatively small changes now that manufacturers are making more milk alternatives that are both dairy and lactose-free.

What’s Worse for Your Bod: Sugar or Salt? – Infographic

7 Healthy Breakfasts You Can Make the Night Before – Infographic

The 10 Amazing Benefits of Using Honey in Your Diet