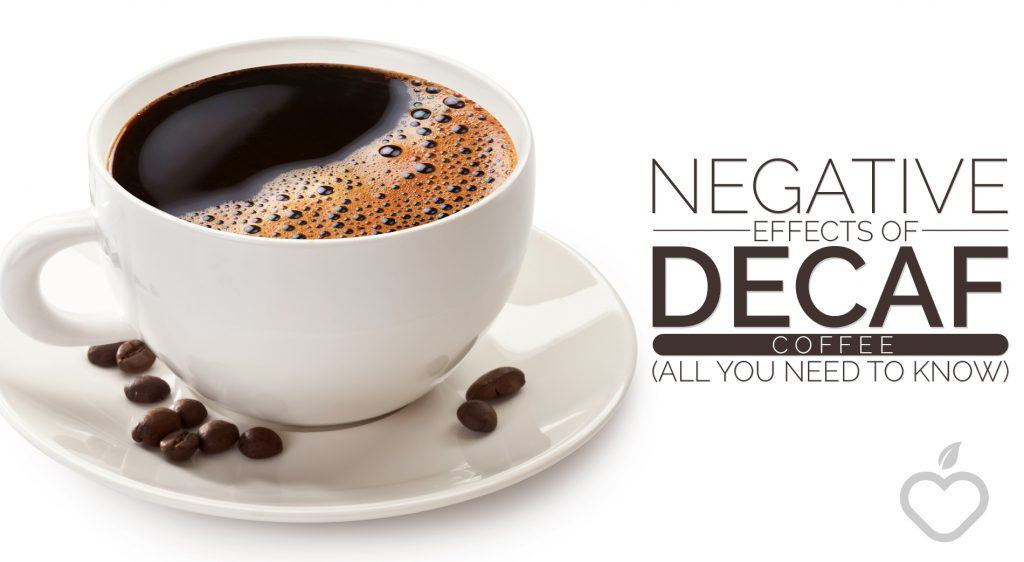 Decaf is short for decaffeinated coffee. It is unlikely to be harmful if you drink it without an excess of cream or sweeteners and in moderate amounts. But if you drink it on a regular basis it would be wise to know the adverse effects, so that you can make an informed decision.

Decaffeination is the process of removing caffeine from coffee beans, tea leaves, and cocoa. These drinks typically contain 1-2 percent of the original caffeine content and sometimes as much as 20 percent.

When you turn back, the pages of history, Friedlieb Ferdinand Runge was the first one to isolate caffeine from coffee beans in 1820. German merchant Ludwig Roselius and co-workers in 1903 were the first ones to invent industrial decaffeination process. 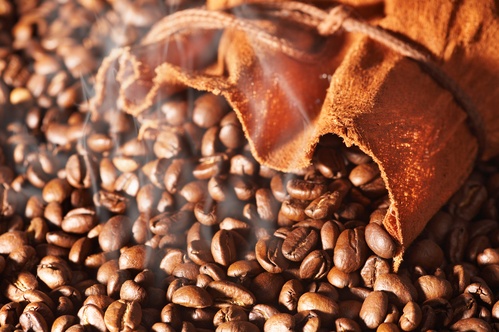 The general process of decaffeination includes the steaming of unroasted green beans. The next step involves rinsing the beans with a solvent which extracts caffeine and leaves other constituents largely unaffected. This rinsing process is repeated 8 to 12 times so that the caffeine content meets the required standard (97 percent caffeine removed according to US standard.)

Removing the caffeine from the coffee beans is the greatest challenge to the decaffeination process. The coffee contains around 1000 chemicals that contribute to its aroma and taste. You can very well imagine that separating caffeine from these 1000 chemicals is not an easy task. Caffeine is a polar, water soluble substance and so water is used in all forms of decaffeination.

However, water alone is not the best decaffeinating agent. Other agents like methylene chloride, CO2, activated charcoal or ethyl acetate are used to speed up the process and minimize the washed out effects that water alone might have on the taste of decaffeinated coffee.

The preferred solvents have become dichloromethane and ethyl acetate because of the numerous health scares when using solvents such as benzene, chloroform, and trichloroethylene. The organic solvent process uses either a direct or indirect method to produce decaf coffee beans.

The above process is technically known as supercritical fluid extraction. It avoids the use of potentially harmful substances which is an advantage. This process is used to decaffeinate large quantities of commercial-grade, less exotic coffee found in grocery stores.

Triglyceride process is a direct contact method of decaffeination. The process involves soaking the beans in coffee oils, obtained from used coffee grounds. The seeds are allowed to soak, and after several hours of high temperature, the triglycerides in the oil remove the caffeine. 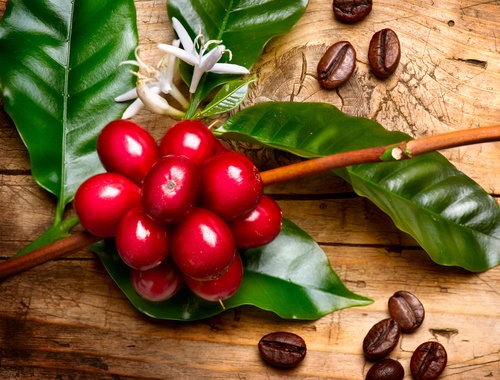 Mostly all decaf coffee has got some amount of caffeine in it according to the researchers of the University of Florida.

“If someone drinks five to 10 cups of decaffeinated coffee, the dose of caffeine could easily reach the level present in a cup or two of caffeinated coffee,” says co-author Bruce Goldberger, Ph.D., a professor, and director of UF’s William R. Maples Center for Forensic Medicine.

“The important point is that decaffeinated is not the same as caffeine-free,”  “People who are trying to eliminate caffeine from their diet should be aware that traditional espresso drinks such as lattes (which contain two shots of espresso) can deliver as much caffeine as a can of Coca-Cola – about 31 milligrams,” says Roland Griffiths, PhD, a professor of behavioral biology and neuroscience at the Johns Hopkins School of Medicine, in a news release for a study conducted by the University of Florida on caffeine content in decaf coffee. 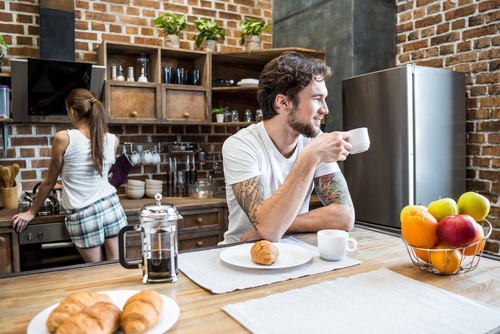 It’s up to you to decide whether the trace elements of these chemicals should be inside your morning coffee or not. Consuming methylene chloride and ethyl acetate on a regular basis will vastly increase a person’s chances of getting a serious disease such as cancer. The industry’s marketers never mention this, and they know what happens when the knowledge is made public.

It is otherwise known as dry cleaning fluid. Exposing to high levels of ethyl acetate for a short term may cause irritation of eyes, nose, and throat. Very high concentrations can cause a stupor, but it is relatively nontoxic. 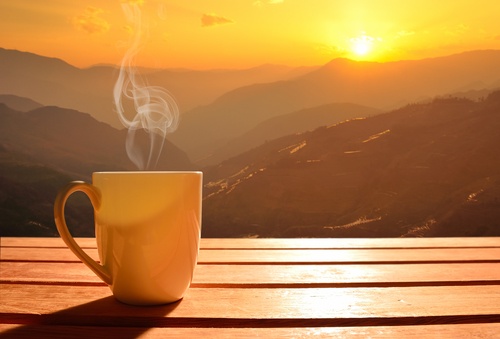 Per the American Heart Association, decaffeinated coffee may cause an increase in harmful LDL cholesterol. Read more about side effects of coffee here. It increases a particular type of blood fat linked to metabolic syndrome. In this study, the researchers gave participants caffeinated and decaffeinated coffee brands and coffee makers. To standardize the procedure, they gave preparation instructions. All participants drank only black coffee.

After drinking decaffeinated coffee for three months, the participants experienced a rise in ApoB – a protein associated with LDL or bad cholesterol. The ApoB is the only protein attached to LDL. Research studies say that ApoB might be a better estimator of cardiovascular disease risk than one’s LDL level. This protein level did not change in the other two groups.

The non-esterified fatty acids NEFA rose an average of 18 percent in the decaffeinated group, while it did not change in the other two groups. “NEFA is the fuel that can drive the increase in ApoB and LDL,” says H. Robert Superko, M.D., lead author of the study and chairman of molecular, genetic, and preventive cardiology at the Fuqua Heart Center and the Piedmont-Mercer Center for Health and Learning in Atlanta, Ga.

According to a news report by New Scientist, the cholesterol-raising properties of decaf may be due to the type of beans used. Decaf coffee is made using Robusta beans which are believed to contain very high levels of kahweol and cafestol when compared to Arabica beans used to make regular coffee.

If you overconsume decaf coffee, it may result in some gastrointestinal issues. A report in Medical News Today warns that decaf coffee, when overused, can cause heartburn, ulcers and gastroesophageal reflux disease which is a precursor to esophageal cancer. If you drink one or two cups of decaf coffee a day, it won’t cause any serious gastrointestinal issues. If you drink super-size coffee drinks larger than 16oz on a regular basis, it may lead to some complications.

Why coffee irritates? There are certain chemicals in coffee that cause your stomach to over produce acid. According to a report in the ‘Journal of Clinical Gastroenterology’ caffeinated and decaffeinated coffee had similar stimulating effects on the hormone gastrin. Gastrin prompts the release of acid in the stomach.

European researchers Veronika Somoza and Thomas Hofmann, in a study presented at the 2010 National Meeting of the American Chemical Society, identified catechols, N-alkanoly-5-hydroxytryptamides, and caffeine as the compounds responsible for the acid release.

The overproduction of acid severely affects your gastrointestinal health.It should be noted that though decaf coffee has less caffeine, the other chemicals such as catechols, N-alkanoly-5-hydroxytryptamides may contribute to the release of acid in your stomach. 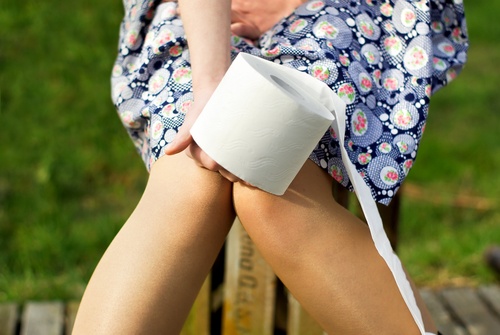 Coffee stimulates your bowels. For some people, this laxative effect may cause stomach cramping, diarrhea, and bloat. When you drink coffee, your body releases a digestive hormone called cholecystokinin which may be responsible for abdominal cramping.

According to a research study published in the “European Journal of Gastroenterology and Hepatology,” caffeinated coffee’s stimulation of colon activity was 23 percent more than decaffeinated coffee’s effects. Decaf had stimulus effects equal to that of a meal in inducing bowel activity and had far more effect than drinking a glass of water.

Caffeine is not the only ingredient that interferes with iron absorption, a chlorogenic acid which is also present in decaffeinated coffee reduces your body’s ability to absorb iron from food sources. General coffee drinking including decaf is shown to increase the loss of calcium, zinc, and magnesium.

Caffeinated and decaf coffee stimulates the arterial blood pressure, heart rate, and sympathetic nervous activity that includes tremors or jitters and hand shaking. So, it becomes clear that substances other than caffeine present in coffee create these effects.

A large-scale epidemiological study has shown that drinking more than four cups of decaf coffee per day is associated with an increased risk of rheumatoid arthritis. Caffeine intake did not increase the arthritis risk. 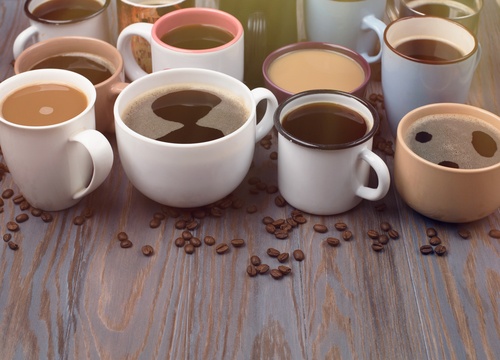 Robusta coffee beans which have the highest acidity is used to make decaf coffee. Robusta is considered inferior in flavor characteristics to the Arabica beans, but its high acidic content makes it better for decaf coffee.  Elevated levels of acidity can cause heartburn, inflammatory bowel conditions, ulcers, and osteoporosis and urinary tract inflammations.

A cup of black coffee has only five calories, but many decaf drinkers do not drink pure decaf coffee. They add cream and sugar; some drink decaf espresso lattes that contain a lot of whole milk. Sugary white coffee drinks contain calories and fat. Such coffee drinks can wreak havoc on your waistline if you’re trying to maintain a healthy weight.

If you drink a couple of decaf cups of coffee, each day it is unlikely that you’ll suffer from any adverse health effects. If you have problems from high cholesterol or at a risk of heart disease, then better have a word with your doctor about decaf.

Decaf coffee does contain some antioxidants, but you should not use it as a substitute for fruits and veggies. If you are selective about decaf, you can try the natural caffeine free coffee varieties available in the market such as Teeccino herbal coffee and Orzo the natural caffeine free coffee just to name a few but we also recommend this product because it’s organic made and roasted in Canada. Natural teas such as peppermint tea, chamomile tea, and ginger tea are caffeine free and can pep up your energy levels.

What is your idea about decaf? Share with us your valuable views and experiences in the comments section below.

For more info on decaf coffee, check out these articles:

The 15 Terrible Coffee Side Effects You Need to Know About

5 Foods That Are Good for Your Thyroid – Infographic

Everything You Need to Know About Phosphoric Acid

5 Foods That Are Good for Your Thyroid – Infographic

How to Boost Your Productivity Working From Home