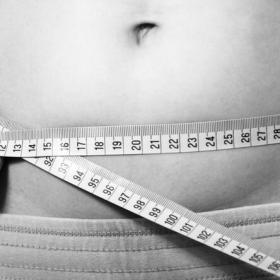 Lactobacillus gasseri is a key probiotic strain which has been shown to optimise weight loss and refine body shape.

The ability of the microbiota to boost the immune defences, both preventively and curatively, is widely recognised and documented. But its role doesn’t stop there. There’s increasing confirmation of the importance of its quality and activity in supporting weight loss. This growing scientific evidence demonstrates the link not only between microbiota quality and weight gain or weight loss, but also between microbiota and type 2 diabetes, and microbiota and obesity: it seems a revolution in the treatment of obesity and type 2 diabetes is on the way.

A Japanese study in 2010  highlighted the benefits of the probiotic strain Lactobacillus gasseri, found naturally in breast milk, on weight loss and loss of intra-abdominal fat. On average, subjects supplemented with L. gasseri for 12 weeks saw average decreases of 4.6% in abdominal fat, and 3.3% in subcutaneous fat. Their weight fell by 1.4% and their waistline decreased by 1.8%.

These results were confirmed in a more recent study.

Do All Probiotics Offer the Same Weight-Loss Benefits?

The answer is no, each strain has specific effects. While there is a confirmed link between weight and the microbiota, it nonetheless depends on the particular species of bacteria and on the individual.

In 2012, a team at the French National Centre for Scientific Research (CNRS) reviewed 82 studies into the effects of lactobacillus on weight in humans and animals. They concluded that certain probiotic strains tend to make us gain weight while others, including Lactobacillus gasseri, may reduce intra-abdominal fat, amongst others. Among the key results, it’s notable that taking:

Probiotics are living microorganisms, usually bacteria, which when administered in sufficient quantities, exert beneficial effects on the host’s health, improving in particular the quality of the microbiota, and boosting the immune system and general well-being.

To be effective, probiotics have to be ingested in sufficient amounts and have to withstand the stomach’s acidity in order to be able to act in the gut. It’s important to take them without food: for optimal effects, the active ingredients need to reach the gut and colon as quickly as possible and not remain in the stomach with the alimentary bolus.

For Effective, Lasting Weight Loss and a Slimmer Waist

It is yet more proof that it is too simplistic to think that reducing your food intake and increasing your energy output is enough to achieve sustainable weight loss; it’s well-known that low-calorie diets are not the solution as they lead to the yoyo effect.

To lose weight as well as inches off your waist, you need to:

As a result of their many benefits for weight loss, ‘slimming’ probiotics are increasingly the subject of new scientific studies. One research team recently evaluated the efficacy of the strain Lactobacillus gasseri in combatting excess weight and obesity. Their 12-week randomised, double-blind, placebo-controlled trial involved 90 volunteers aged 20-75 who were overweight or obese. At the end of the study, the researchers observed a number of significant improvements among those subjects taking the Lactobacillus gasseri. They included in particular:

Published in the Journal of Medicinal Food in April 2018, these findings are very encouraging and support the anti-obesity potential of Lactobacillus gasseri.

Lactobacillus Gasseri: Its Benefits for the Balance of Gut Flora

In addition to its weight-loss benefits, the Lactobacillus strain of probiotics offers other advantages for our health. Scientifically-studied for several decades now, this probiotic strain plays a key role in maintaining the balance of our gut flora.  As noted by scientists from Inserm (the French National Institute of Health and Medical Research), this intestinal microbiota is directly involved in many of the body’s essential functions:

According to the Inserm scientists, there may be a link between an imbalance in gut flora and the development of obesity, as well as of certain types of cancer, inflammatory diseases (Crohn’s disease, haemmorhagic rectocolitis) and neuropsychiatric diseases (depression, anxiety, bipolar conditions …).

In other words, by helping to maintain or restore balance to the gut flora, supplementing with oral Lactobacillus gasseri probiotics may offer significant preventive and curative potential.

As pioneers in Europe’s nutritional supplement market, Supersmart has considerable experience in the field of probiotics. The result of many years’ research and unrivalled expertise in formulation, Supersmart’s Lactobacillus gasseri supplement offers a number of significant advantages. Alongside an optimal dose, it capitalises on the latest innovations with its delivery in DR Caps™. These have the particular feature of forming a protective barrier for the probiotics. Lactobacillus gasseri in DR Caps™ are referred to as gastro-resistant; in other words, the capsules protect the probiotics against harsh stomach acids, enabling the gut flora to benefit fully from their effects.

It’s worth noting that the efficacy of Lactobacillus gasseri probiotics can be further enhanced in different ways. For instance, in order to get the most out of the product’s optimal dosage, it’s best to keep it refrigerated after opening. It can also be even more effective when prebiotics such as fructo-oligosaccharides are taken at the same time. These nourish and promote the growth of probiotics in the gut flora.

The Supersmart.com brand was one of the very first in Europe to market dietary supplements.

Since 1992, we have offered a printed, mail-order catalogue, and have made our famous “Smart Drinks” available for sale in pharmacies.

In 1996, the Supersmart.com website made its first appearance on the world wide web.

Initially, the company imported products from the United States. But we very quickly developed our own formulations and packaging in order to offer our customers even greater value-for-money.

Supersmart.com, an International e-commerce website and a top European leader commercialising a wide and diverse range of high quality supplements.

Our Amercian website is https://us.supersmart.com/ and our office is situated in Miami.

Everything You Need To Know About Roasting Pans

How Do Muscles Grow: The Science of Muscle Growth Explained