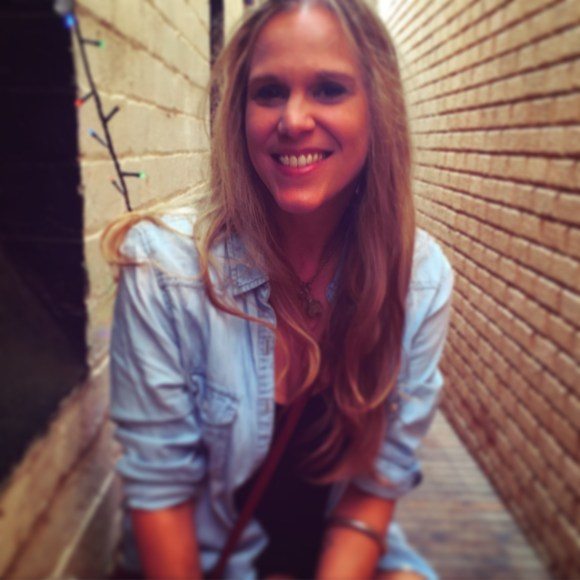 Following a gluten-free diet can have its challenges but more and more people are turning away from wheat after finding that their health, digestion, and lifestyle improves.

Up to 1 in 70 people may be a coeliac (gluten intolerant) and the global gluten-free food market size is now worth 3.42 billion dollars (and growing), according to a recent consumer survey. Gluten-free foods are big business, and the message seems to be clear, more people than ever are reporting problems with traditional wheat-based foods and are looking for alternatives.

What Are Heritage Grains?

Heritage grains are ancient varietals of wheat that existed in time past. They are closer to their natural state, farmed before growers started to hybridizecrops to increase yield and be more resistant to diseases.

Bob Klein is the founder of Community Grains, a company that uses whole, organic heritage grains. He says that after the Second World War farmers and cultivators started to create radically different grains as they were easier to produce.

“Things like goat grass were introduced into the wheat strain,” explains Klein, “and there’s evidence that some degree of intolerance comes from goat grass. You have this modern phenomenon of lots of people becoming intolerant to gluten, and it’s indisputable. One theory is that we’re responding not to the grain itself but to the refinement.”

Today, more and more farmers are preserving and producing rare, old wheat species and grains because of their health properties. That’s great news for people who want to limit or cut out wheat - heritage grains have proven to be more digestible for many people who suffer from gluten intolerance. Technically all grains contain wheat, but many heritage varieties can still be enjoyed on a gluten free diet.

Why Are Heritage Grains Healthier?

It’s not so much that they are healthier, in fact, considering fiber and protein content, heritage grains have a similar nutritional composition to non-heritage.However, it seems that many people are finding that enjoying foods closer to their original natural state is desirable.

For example, einkorn was the originally cultivated wheat, first beingfarmed ten thousand years ago. Today it is cultivated and served as it would have been back then, close to its natural state. Heritage grain advocates say that eating non-hybridized wheat that hasn't been grown with a wide range of pesticides and fertilizers is likely to be healthier, received by the body more efficiently and may have less impact on digestive ﻿systems that are sensitive to gluten.

10 Awesome Heritage Grains For You To Try 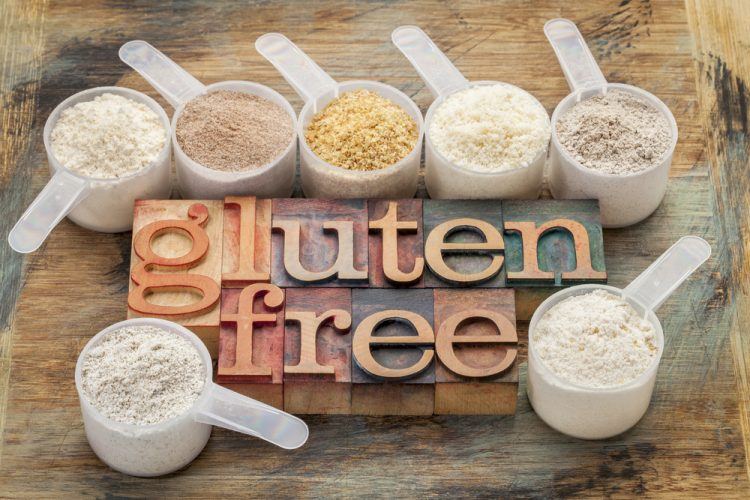 Want to give heritage grains a try? The good news is that they are becoming more and more accessible. From your local supermarket to wholefoods or health foods store, you may find some or all of these locally. If not, there are many reputable online stockists that deliver.

Pronounced “keen-wah” this is one of the most well-known heritage grains. It comes in white, red, black or other colors and has a slightly nutty taste and consistency between wild rice and couscous.

Quinoa is a species of the goosefoot genus,grown primarily for its edible seeds. It’s similar to buckwheat and is not a “true cereal” as it is not a member of the grass family, known as a pseudocereal. Quinoa seeds have many amino acids within them, such as lysine, calcium, phosphorus, and iron. The grain is also full of healthy protein and is a great option for vegans for this reason.

Often known as one of the “world’s healthiest foods,” millet grains are small in size, round and can be white, gray, yellow or red. The most commonly grown type of millet is pearl millet, a vital crop in India and Africa.

Millet is naturally gluten free and has been used in paleo and gluten free diets for years. It’s alkaline and digests easily and acts as a prebiotic to feed important microflora in your inner ecosystem. Millet can be eaten as you would rice or other grains, boiled in a saucepan or steamed. You can use it in muffins, stuff veggies with it or make a millet pilaf or “risotto”.

This grain is also known as dinkel or hulled wheat and has been cultivated for more than seven thousand years. According to scientific research, it is a wheat species known to have originated as a naturally occurring hybrid of a domesticated tetraploid wheat (such as emmer wheat) anda type of wild goat-grass.

There is some differing of opinion as to whether spelt isa good option for those who wish to be strictly gluten free but anecdotally, many paleo enthusiasts love it, find it satisfying and report no issues with it. The best way is to try it for yourself and decide. It can be enjoyed in gluten-free pancakes, rolls, muffins or even homemade “pasta”.

Also known as farro, emmer is a type of hulled wheat popular in Italy. Italians use it in salads, in sweet dishes, soups and even on its own. Emmer is higher in fiber than common wheat, but it may be unsuitable for some people with gluten-related disorders, depending on their level of tolerance., as it is not technically gluten free.

Many people report that while wheat sets their digestion off, Emmer does not. Again, this is down to the individual. As it is closer to a wholegrain than wheat is, many people find that they are more tolerant to it and enjoy its texture.

“Not all wheat is created equal,” points out Einkorn.com. Einkorn is a heritage grain that has an entirely different genetic makeup than modern wheat and is considered more nutritious based on the higher level of protein, essential fatty acids, phosphorous, potassium, pyridoxine, and beta-carotene it contains.

Farmers know that it is a low yielding crop, but it can survive on poor, dry, marginal soils where other varieties of wheat will not. The whole grainscan be eaten boiled or in a type of porridge. It’s low in gluten, and many people find that it is easier to digest than other grains. Some coeliacs may have some issues with it, so do your own research.

Kamut contains more proteins, lipids, amino acids, vitamins and minerals than wheat and has an amber color. Scientists at an Italian university hospital conducted astudy where subjects ate a normal diet but with all grain made with Kamut products.

The results were encouraging: subjects’ total cholesterol decreased on average 4%, their bad cholesterol levels decreased by nearly 8% and certain markers of inflammation dropped by up 36%. Like all grains, Kamut is not strictly gluten free, but again, many people report fewer issues with this heritage grain than ordinary commercial grains.

Have you ever been to Mexico? There is a traditional dessert served there called Dulce de Alegria, a sweet snack made from popped amaranth grains. The effect is a little like popped rice but nuttier, simpler and “way more fun”.

1 cup of cooked amaranth grain has about 250 calories, slightly higher than cooked white rice. However, Amaranth is an excellent source of dietary fiber, some dietary minerals; and will give you 20% of your daily protein needs. Again, it may not be on the cards if you are seriously coeliac but if you are simply limiting processed wheat, you may find this heritage grain suits you.

Buckwheat flour is not (despite its name) a form of wheat and is actually related to rhubarb. The small seeds of the buckwheat plant are ground to make flour, or the raw grains can be boiled or roasted like barley. It has a strong, nutty taste and a chewy texture.

Buckwheat and wheat come from different botanical families.Buckwheat is derived from the seeds of a flowering plant and is not considered a grain or cereal, so if you are strictly gluten free or coeliac, enjoy it as you would a wheat grain. Buckwheat flowers are intensely fragrant and attract bees that naturally use them to make a strong, dark honey.

Heard of sorghum? There are about 25 varieties of the plant, 17 of which are native to Australia. It’s a green/yellow plant, with seeds that can be harvested at moderately high grain moisturesand then dried. Once dried, the kernels or seeds can be cooked, boiled and eaten with rice or couscous. Very little human intervention is needed.

There have been many recent scientific studies that indicate that sorghum is one of the safest grains for truecoeliacs and that it has a high nutritional value. Read the full study by the American Chemical Society here.

Of course, you’ve heard of chia seeds! For the last few years, vegans, paleo, and gluten-free enthusiasts have been adding them to their smoothies, salads, and baked goods liberally. Chia seeds swell up when exposed to liquid so they can be very satiating, yet they do contain a punch of calories; one teaspoon of chia seeds gives 22 calories or 138 calories per ounce.

Gluten intolerant people who loved baked goods have begun ditching wheat-based ingredients all together and have discovered that many recipes requiring binding agents such as eggs or glutinous flour can, in fact, use chia as a substitute. Chia seeds can even be ground up, or added whole to friands, cookies, pancakes and more.

Are You Ready To Try A Heritage Grain?

As we’ve discovered, lots of the heritage grains are not strictly gluten free but anecdotally, many people find them easier to digest and easier on their bodies than overly processed and commercializedgrains.

“Ancient grains are less refined, eaten as whole berries, cracked or rolled, so you get the whole grain advantage,” explains nutritionist Catherine Saxelby. “Whole grains comes with natural bran and germ, giving you the complete package of nutrition. They make you chew more too which is a good thing in our world of soft over-refined fare!”

Now more widely available than ever, heritage grains are a great thing to experiment with. Head down to your local health food store and choose a couple of heritage grains that appeal to you, take them home and try them tonight!

This is a guest post by Alyce Vale who is a Content Strategist, journalist, blogger and SEO specialist. Her blog Alyce Vale Author covers nutrition, optimal health, weight loss, relationships and spirituality. She has written for many mainstream publications, including Business Review Weekly, Women’s Agenda, Fairfax Media, Crikey, informED and has authored three eBooks, including Therapeutic Hunger.​

8 Reasons Why You Should Eat More Chocolate Not Less

The Ultimate Guide To Doing a Juice Detox or Cleanse