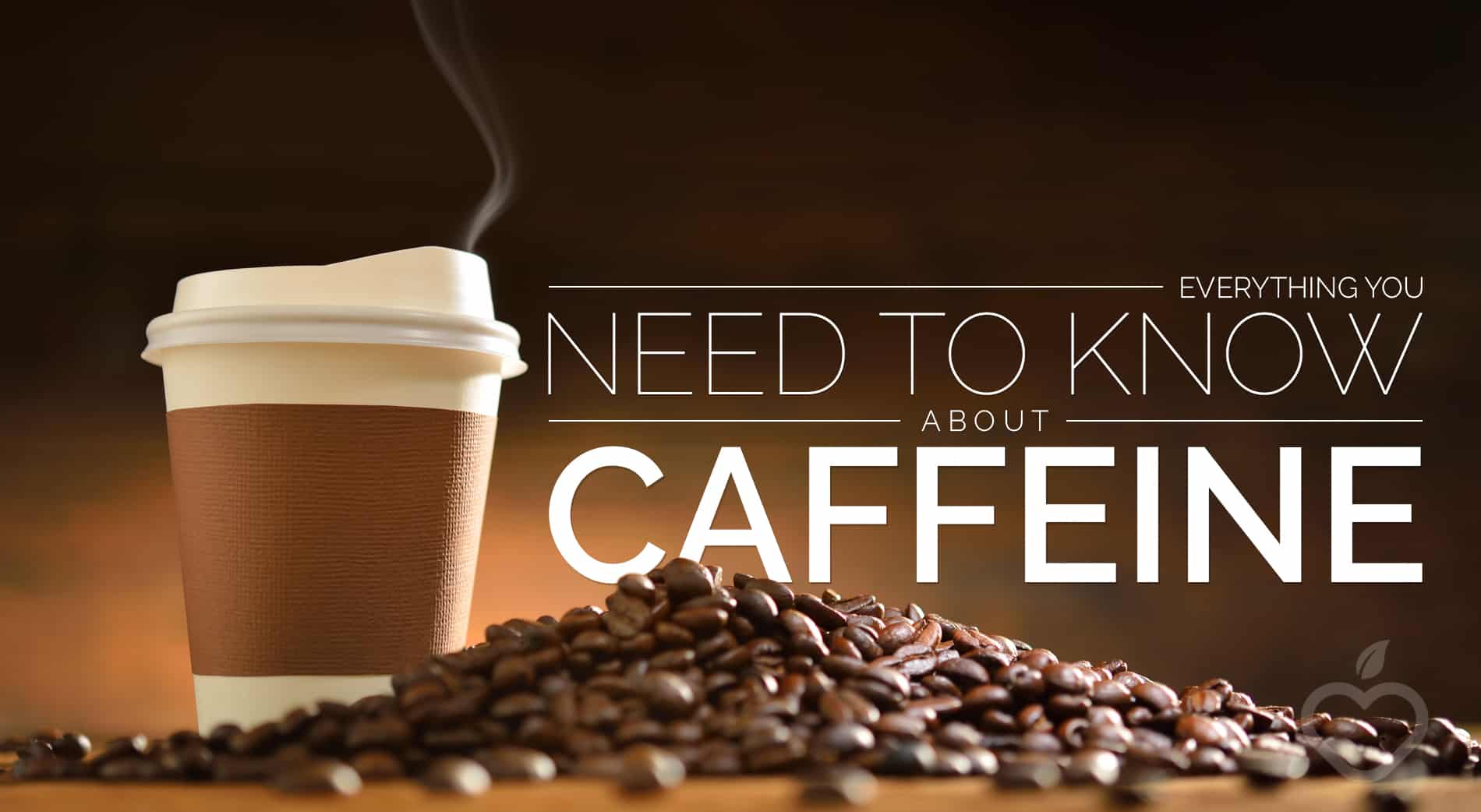 There are all types of reports and opinions about caffeine. Some tell you that it’s entirely bad for you and should be banned, while others have found positives about the stimulant. There are times that you will want to cut it out or at least cut-down, and the truths about damage and effects will depend on your medical health.

We all likely consume caffeine in some way. While it’s most commonly associated with tea and coffee, it’s found in other drinks and food. You may unknowingly consume it if you don’t think about your food or drink choices fully. Did you know the average American will consume 2-3 cups of coffee a day, which is about 280mg of caffeine? In one year, 12,000 tons of caffeine is consumed, with 54% of that coming from coffee. Another 43% comes from tea, and the final 3% is from food and other products.

Before you start changing your coffee or tea intake, you’ll need to make sure you know absolutely everything possible about the stimulant. We’re delving into the full truth about caffeine, looking at everything you need to know about it. You may be surprised by the end.

What Exactly Is Caffeine? 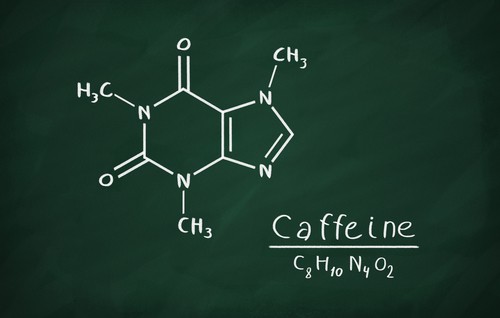 Caffeine is a chemical called 1,3,7-trimethylxanthine. Remember that saying that if you can’t pronounce something because of its scientific name being bad for you? Well, that’s not quite the case, but there are chances that you couldn’t pronounce that without really thinking about it and you likely didn’t know what it is.

It’s a completely natural chemical, found in tea leaves, coffee beans, yerba mate, guarana and kola nuts. A study has shown that 90% of Americans consume some caffeine on a daily basis, even those who cut out coffee. It’s only when you follow a strict caffeine-free diet that you’re able to cut it out entirely.

While it’s considered a drug because it’s a stimulant, it’s a chemical. You can extract it through pressure cooking the leaves and beans to turn it into a powdered drug form, but for the most part, you’re getting a natural chemical. However, it is highly addictive, which is where the true idea of it being a drug comes from.

While coffee and tea are the most popular ways to get caffeine, you can also find it in chocolate, energy drinks, soda, some snack bars, and even ice cream.

How Does Caffeine Work?

Caffeine increases dopamine levels and suppresses the adenosine receptors. This can lead to feeling happier and not as sleepy—the stimulant part of the drug. It can also help to leave you feeling more relaxed, improve your clarity in mind and even helps to improve the memory. However, these benefits are all temporary.

When the caffeine wears off, the body can go into what is called a caffeine crash. You feel more tired than you did before it and you can go into a slump.

There are some who link it to cocaine and heroin, because of the downsides associated with caffeine. After all, the effects are very similar, but on a much milder scale compared to the illegal, hard drugs.

What Are the Downsides of Consuming Caffeine? 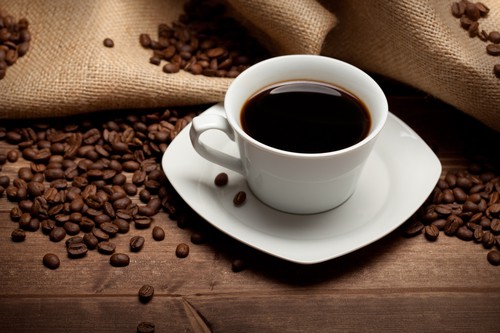 It’s worth getting the downsides out of the way first. Some are extremely serious, but there are others that are just a little more annoying. The severity of the downsides will depend on the amount of caffeine you take in daily.

Those who consume too much caffeine can suffer from insomnia. This is linked to the adenosine receptor blocking since the caffeine is used to help prevent you feeling drowsy. The chemical can also lead to your brain becoming overactive, which then leads to lack of sleep. You can’t switch off, and it can lead to mental health problems like depression.

Many people who drink a lot of coffee and tea or consume large amounts of caffeine can also find they struggle with the bowel movements. The caffeine speeds up the metabolism and digestive functions, but not in a healthy way. It’s possible to push through the waste and cause diarrhea. It’s also a diuretic, which makes you need to urinate a lot, which can also prevent you from sleeping well.

While your metabolism is boosted, so is your heart rate. Many of those who consume large amounts of caffeine experience shaking and a higher heart rate. This can be extremely dangerous, especially for those who suffer from health problems.

Some studies show that drinking too much caffeine can raise your risk of some other health problems. One study has shown a potential rise in the risk of dementia. This is possibly linked to the effect on the brain and the cognitive functions. Too much caffeine can leave your cognitive functions impaired, and you can also suffer issues when you come down from your caffeine high.

There is also the higher risk of inflammation within the body. Many people who drink a lot of coffee have stressful jobs. The stress and the caffeine linked together to create an imbalance in the hormones, and that can set off the immune system’s inflammatory process.

Are There Any Positives?

With all that in mind, you can wonder whether there’s any point in consuming caffeine. Well, there are some major health benefits, if you consume caffeine in a small amount and you follow your doctor’s orders.

Let’s start with your mental health benefits. In a small amount, caffeine can help you feel more awake and alert. You’ll find that a lot of students who cram for exams drink a lot of caffeine and writers tend to enjoy a lot of coffee. This isn’t because it’s a stereotype and they feel the need to fit in, but because of the mental clarity and alertness, they gain when using it for their work.

Athletes can also benefit highly from sensible use of caffeine. The chemical helps to boost energy levels and metabolism, making it easier to make the training easier. Caffeine has also shown benefits to burn fatter and reduce glucose, helping to maintain a healthy weight and improve performance. However, because of the benefits being viewed as a potential advantage in the competition, the Olympics Committee has banned caffeine products.

There are studies that show caffeine can be helpful for weight loss. In fact, a lot of diet pills will include caffeine. The stimulant boosts the metabolism and fat burning, helping you to burn more calories in the space of the day. Coffee and tea are also zero calorie drinks, without the sugar and milk. You can keep your water intake up without sacrificing the calories. However, you will still need to follow a healthy diet to take advantage of all the benefits.

Is There a Risk of Addiction? 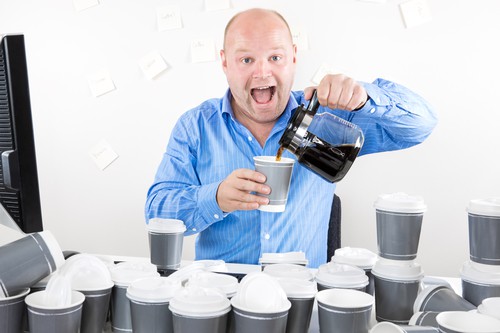 Caffeine addiction is a real thing. While it may not be an illegal drug, it is possible for people to become hooked on the benefits and the brain craves more of it. It’s also possible for caffeine to kill someone if given too much in a short space of time.

However, someone would need about 100 cups of coffee in the space of four hours to get to the point of death. The real danger is if you take a lot of caffeine pills. In 2007, one man took 30 No-Doz pills, which have caffeine, and died from an overdose.

It only takes 30-45 minutes for all the caffeine in a product to be absorbed. The effects will last for around three hours. The withdrawals from the caffeine can start within 12-24 hours of the last dose of the stimulant and last for 2-9 days, depending on the severity of the addiction. These withdrawal symptoms are all very similar to other addictions, including irritability, depression, extreme tiredness, headaches, and a decrease in energy levels.

If you want something that is completely void of caffeine, you will need to make sure you drink products labeled “Caffeine Free.” Decaffeinated doesn’t mean that it doesn’t have any caffeine in it at all. In the U.S. a product needs to be less than 2.5% caffeine to be classed as being decaffeinated.

However, by drinking decaffeinated, you will be able to consume more. The taste usually isn’t changed, especially when it comes to coffee. In tea, there can be a slightly different taste, which can put some people off.

Green tea isn’t caffeine free. The leaves still have some caffeine in them, but the amount is usually much lower than coffee and black tea. If you want completely caffeine free tea, then you’ll need to opt for herbal or rooibos tea.

How Much Caffeine is Considered Safe? 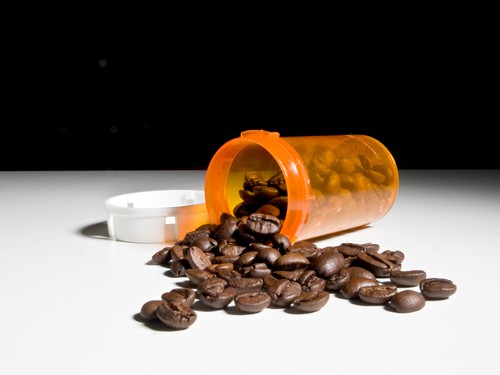 The exact amount of caffeine that is safe will depend on your health status. Some people have a higher sensitivity to caffeine than others. Those with a history of heart attacks, high blood pressure, or those who are pregnant should reduce their caffeine levels considerably compared to the average American. Those who have depression, anxiety, and sleeping issues will also find their doctor recommends reducing the amount of caffeine they consume.

Your doctor will discuss your risk if you have certain health conditions. If you take some medication for high blood pressure or diabetes, you may also be recommended to keep your caffeine intake to a minimum.

Caffeine isn’t essential for a healthy diet, but it can provide the benefits mentioned above. There’s no need to consume more than 300-400mg of caffeine a day to get the benefits. This is about 3-4 cups of coffee, which is plenty to get you through the day. Tea has less caffeine, so you may be able to double your intake, but it will depend on the type of tea and your sensitivity to the caffeine.

Energy drinks are often touted as being much higher in caffeine than coffee. This isn’t completely true. Eight ounces of an energy drink will have the same amount of caffeine as eight ounces of coffee. However, the can of energy drink is likely to be larger than a cup of coffee, so you end up taking in more during one sitting.

Can You Have Caffeine While Pregnant

As mentioned, pregnant women need to reduce their caffeine intake. There’s no need to cut it out completely, but you will want to weigh up the risks and make your own decision. If you can switch to decaffeinated options that will be better for you.

Food safety experts in both the EU and the U.S. have confirmed that some caffeine is safe for pregnant women and breastfeeding moms. You want to limit yourself to just 200mg per day, which is about two cups of coffee in the home (in the coffee shops, the caffeine will be higher) or about four cups of black tea.

Studies show that caffeine in this low amount is unlikely to increase the risk of preterm delivery, miscarriage, low birth weight babies, and congenital disabilities. However, in large amounts, the complications listed above will become a risk. Your doctor will let you know if there are other reasons not to take in caffeinated beverages.

Do You Have to Swear Off Coffee?

The best thing you can do is talk to your doctor. Studies show that caffeine can offer benefits, but it can also be bad for you. If you have a health problem or are pregnant, your doctor will run through the amount of coffee is safe for you or whether you should cut out all caffeine. Otherwise, it’s safe to drink in moderation. You don’t need more than 400mg per day as a healthy adult. Any more than that and you run the risk of the side effects mentioned above.

8 Signs Your Cough Could Actually Be Pneumonia - Infographic

Eating Disorders Myths and Facts (All You Need To Know)

How Do a Low-Carb Diet Eliminate Risks of Gout?