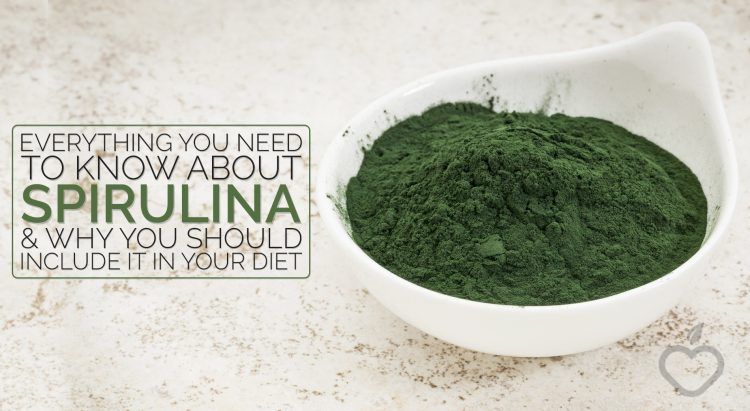 Have you ever been by the seaside and found yourself munching on the seaweed that washes up onto the beach? I’m willing to bet the answer to that question is “no”. After all, who’s going to eat seaweed that hasn’t been properly washed, dried, and salted (Japanese “nori”)?

Well, what if I told you that a form of seaweed (marine algae, really) was one of the healthiest foods ON THE PLANET? Would you consider eating it then? No, you don’t have to go to the beach and chew on the first bundle of seaweed you find, but instead, you can try a little something known as spirulina.

Spirulina is a blue-green algae that grows not in the ocean, but in bodies of warm, fresh water. 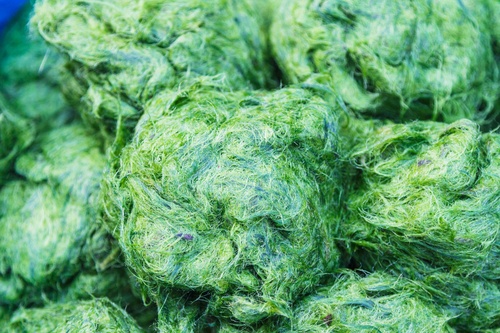 According to historical records, the ancient Aztecs would harvest the blue-green algae from the waters of Lake Texcoco (beneath what is now Mexico City’s city center), dry it, grind it, and make cakes from it. However, it wasn’t until the 1970s that it became truly popular, thanks to the French finding a way to mass-produce and market it. Since that time, both the U.S. and Japan have produced their own spirulina from blue-green algae, and it has disseminated around the world.

Not only does spirulina offer a lot of health benefits (as seen in the next section), but it’s also an excellent source of nutrition. It is considered one of the best sustainable food sources, and may very well be a solution to ending world hunger. The algae are able to survive extreme hot and cold and still flourish, and it is a hardy plant that can grow in a wide range of conditions. Check out more info on best foods to eat while on antibiotics here

And you thought seaweed/algae was just the junk floating up from the ocean!

Why You Need Spirulina in Your Diet

As expected, the nutritional value of spirulina is excellent! A single tablespoon of spirulina powder (essentially dried and ground algae) contains:

Of course, that’s not counting all the awesome antioxidants and polyphenols contained in the algae. It is an amazing source of nutrients, but the benefits don’t end there!

Spirulina is called a “superfood” thanks to the fact that it’s loaded with antioxidants. But these aren’t just any antioxidants–they’re a type that is fairly hard to find in nature.

The antioxidants are called phycocyanin, and they are what give the algae its totally unique blue-green color. Few other foods on the planet contain this same antioxidant, which can help to reduce oxidative stress and free radical damage in your body. You’ll find that it will protect your cardiovascular system against damage, reduce your risk of heart problems, and inhibit the production of the molecules that cause widespread inflammation. It’s a potent anti-inflammatory agent that may even help to reduce your risk of developing cancer!

For most of us in the Western world, heavy metals are a problem that OTHER people have to worry about. The majority of our food and water is fairly free of lead and other heavy metals.

However, for those in India, Bangladesh, Taiwan, and the rest of Africa, Asia, and South America, heavy metals are a very real threat. Between pollution and man-made waste, there is a lot of toxins and heavy metals in the food and water that could be dangerous–even deadly! 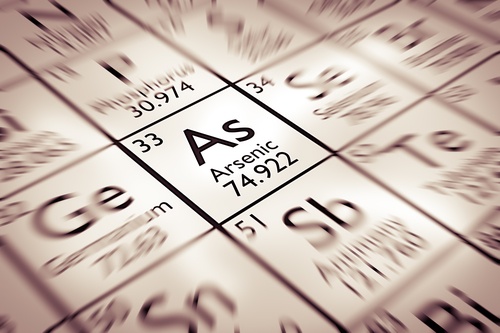 A team of scientists in Bangladesh found that a staggering 3% of the Bangladeshi population showed signs of arsenic poisoning. But when those scientists gave 24 patients a small dose of spirulina extract (just 250 mg) and zinc (just 2 mg) twice a day, the combination of the two metals led to “tremendous improvement” [1]in a whopping 82% of the patients. Compared to the 17 who received only placebos, the results were startling.

You may not have to worry about heavy metals, but it’s still a good idea to consider taking spirulina to detoxify your body of all chemicals and toxins you may consume via your processed, artificial, and chemical-rich food. By getting rid of these toxins, you can reduce your risk of health problems and restore your body to full function.

HIV/AIDS is one of the most feared diseases on the planet. A staggering number of people suffer from the illness, but there is no official “cure” for the problem. 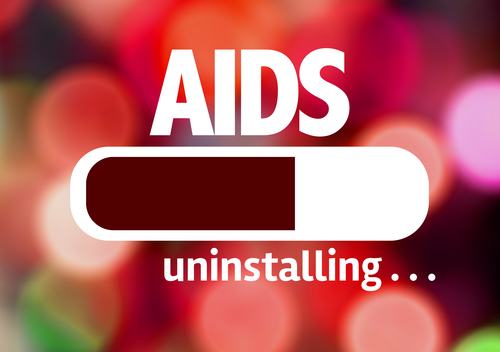 But surveys have shown that the people of Chad, Korea, and Japan tend to have a much lower risk of catching the virus. Why is that?

In one study [2], researchers gave HIV patients either brown seaweed, spirulina, or a combination of both. They took no other medications or supplements, just the algae/seaweed extract. After three months, they found that:

While spirulina may not be the cure-all for HIV/AIDS, it may help you to fight off the viral infection more effectively. Worth a try, isn’t it?

Heart disease affects a staggeringly high number of people in the U.S. every year. In fact, it’s the #1 cause of death in the entire world!

High blood pressure contributes a lot to that high mortality rate. When your blood pressure rises, it places a greater strain on the walls of your arteries. That strain could eventually cause them to crack, leading to bleeding, clots, and blockages that prevent blood flowing. The result: heart attacks or strokes!

But spirulina may be an answer to that problem.

According to a Japanese study [3], spirulina has antihypertensive effects. Basically, it can help to lower blood pressure and reduce the strain on your arterial walls.

How can algae help your heart? Well, the scientists found that the antioxidants in the spirulina help to prevent endothelial dysfunction. Essentially, the antioxidants help your blood vessels to dilate and constrict properly, allowing for a healthy flow of blood. When your blood flows normally, your blood pressure drops. The result: a healthier heart!

According to the University of Maryland Medical Center [4], spirulina may be able to reduce your risk of cancer. Not only that, it may even help to treat existing cancers!

We all know that Spirulina is loaded with antioxidants, which help to reduce inflammation and improve your immune system. Between these two things, your risk of cancer is already lower. Add to that the elimination of free radicals, heavy metals, and other toxins, and you’re looking healthier and healthier.

But in one study, people who had leukoplakia (precancerous lesions in their mouth resulting from chewing tobacco) benefitted from taking spirulina. Those who took spirulina had a higher chance of their lesions disappearing.

In another study out of the Czech Republic [5], scientists found that spirulina helped to decrease the “proliferation of human pancreatic cancer cell lines in vitro.” Translated into layman’s terms, it means the algae stopped the cancer cells from growing.

While A LOT more research is needed to find out exactly how Spirulina can reduce your risk of cancer, suffice it to say that it’s one of the most potent supplements to add to your anti-cancer diet. Between the anti-inflammatory properties, its boost to your immune system, and the ability to kill off cancer cells, it may be the natural cancer remedy of the future.

Antibiotics are designed to kill off bacteria, viruses, and fungi in your body, helping to deal with any infections or illnesses. But, sadly, they also kill off the “good” bacteria, the ones that regulate your digestive tract and protect your body from those infections and illnesses. Antibiotics are the “scorched earth” approach, and they leave no bacteria (good or bad) alive. 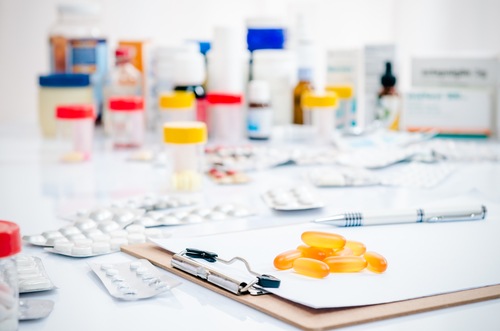 After taking antibiotics, your natural immunity and digestive function are out of whack. There’re no bacteria in your body to regulate these important functions, so you are at risk of infections, indigestion, and other problems.

But thankfully, Spirulina is able to promote the growth of a very important bacteria, one known as L. acidophilus. This is one of the beneficial bacteria that live in your intestines, and they are needed for a healthy immune system and digestive tract. Spirulina is a “probiotic”, meaning it boosts the growth of those bacteria. By taking spirulina, you can help to reduce the risk of post-antibiotic illness or indigestion.

Cholesterol is another of those primary contributors to heart disease.

There are three basic types of cholesterol:

Heart disease is usually caused by high levels of triglycerides or LDL-cholesterol. These fat cells stick to the walls of your arteries, harden into plaque, and eventually crack. The damage to the arterial walls leads to internal bleeding, clots, and heart attack or stroke.

But not with spirulina on the job!

Let’s be clear: spirulina is NOT the “next big thing” in weight loss. It’s not the fad diet, the miracle cure, or the magic pill that will help you drop weight from one day to the next.

It IS, however, three things:

The combination of these three things makes spirulina a great option for weight loss. 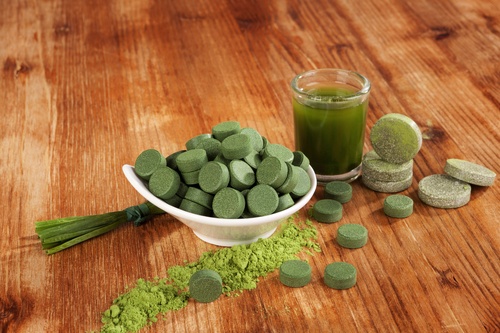 Remember how spirulina helps to increase the presence of beneficial bacteria in your intestines?

By doing so, this probiotic supplement makes your body more effective at breaking down and digesting the food you eat. The result: a healthier, more efficient digestive tract.

All in all, it’s food that is EXCELLENT for your digestive health!

How to Reduce Carbohydrate Intake – Infographic

Everything You Need To Know About Pine Nut Nutrition – Infographic

Using Calories Like Cash: How to Spend Calories Wisely

What Is A Health Coach?