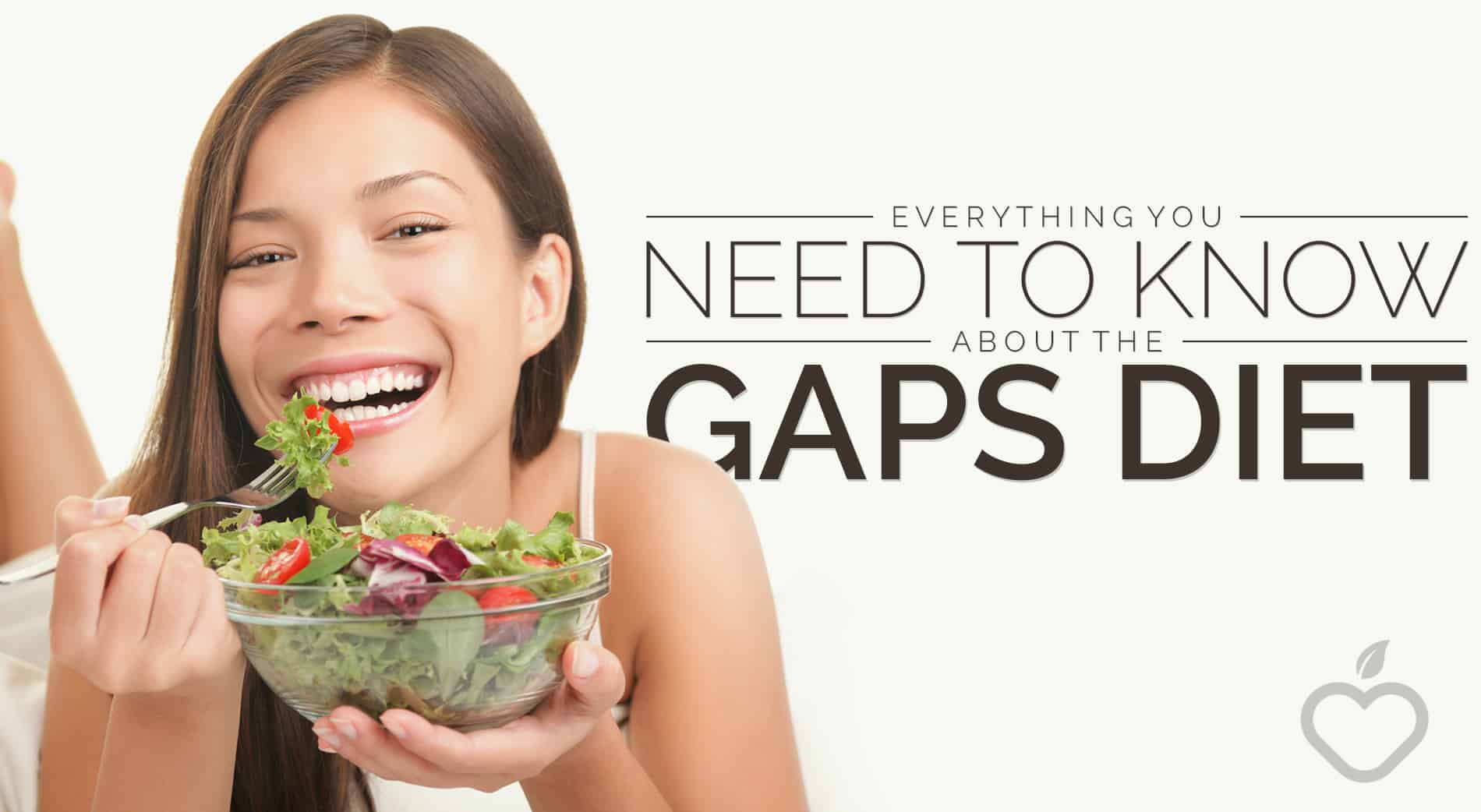 With all the different diets available right now, the best thing anyone can do is learn about the diets and find out which one to follow. The GAPS diet is a derivative of the SCD or Specific Carbohydrate Diet. This diet is primarily focused on avoiding foods which are hard to digest. Such foods may cause damage to the body’s gut flora. People on the GAPS diet will then have to replace these foods with nutrient-dense options. This will give the lining of their intestines a chance to strengthen and recover.

GAPS stands forGut and Psychology Syndrome and its protocol was created by Dr. Natasha Campbell-McBride. The protocol is a short-term diet along with healthy lifestyle changes which are meant to heal a person. She used this protocol to treat her son who has autism. This diet is meant to treat 3 underlying causes of common diseases. These are nutrient deficiencies, imbalances in the gut flora, and leaky gut.

Simply put, this diet consists of the following: 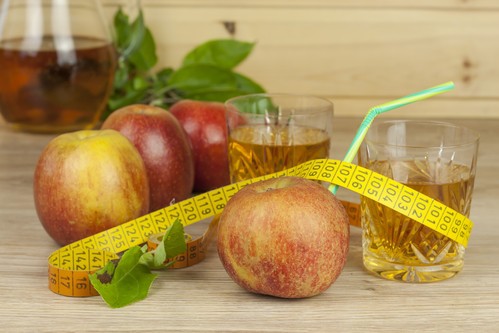 Dr. Natasha Campbell-McBride was the one who designed the GAPS diet. She created it in Russia after she received her post-graduate degree. Back then, she was a neurosurgeon and a neurologist. When the doctor moved to the UK, she then received her degree in Human Nutrition. She wrote a book about the diet and now had a second edition.

In her book, she says that people need to understand the role and importance of the gut in a person’s overall health. Since the ancient times, people believed that many diseases start in the gut. Primarily, she created this diet to cure autism, which her son has. She claims that the diet can cure the disorder because its cause is an unhealthy environment of the gut.

According to Dr. Natasha, children develop gut flora which is abnormal from the very start of their lives. Because of this, their digestive systems aren’t good sources of nourishment. Instead, they become a major source of toxins. She further explains that when these microbes and toxins from the digestive system go into the bloodstream. When that happens, they also go into the child’s brain, which causes autism and many other diseases.

Because of her desire to cure her child, she researched the best foods to support a healthy gut flora and applied them to a diet, the GAPS diet. Although there may be changes in the diet in the future, it’s still becoming quite popular. This is because a lot of people who have tried it say that they’ve seen the benefits and results of the diet. 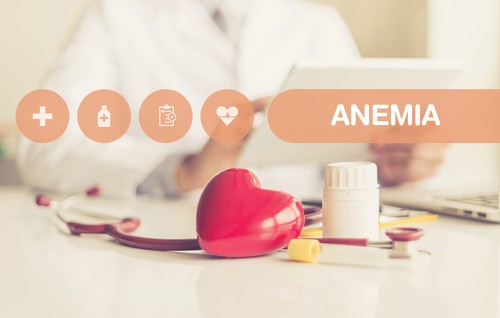 The GAPS diet isn’t for everyone. However, it may be the factor which turns a person’s health around. Anyone who has been experiencing issues with their gut should start thinking about following this diet. This diet is also ideal for certain people who are experiencing various illnesses and diseases. Here are other diseases people may have which should make them start thinking about following the GAPS diet:

Anemia. People may not know it, but anemia starts in the gut. If a person has severe anemia and the body isn’t responding to medicines or iron supplements, it may be a sign of pathogenic bacteria overgrowth. These bacteria protect themselves by using iron build biofilms.

When there’s an imbalance of the gut flora, such bacteria and other pathogens create structures in the gut where they start living. In these biofilms, they conceal themselves from the immune system, so they can multiply and flourish. The GAPS diet addresses overgrowth of pathogenic bacteria, which may cure a person’s anemia.

Arthritis. This disease also results from an imbalance of gut flora and a leaky gut. When a person has either of these conditions, toxic components from the digestive tract go into the bloodstream. When this happens, they tend to stick to collagen muscles which are found in the joints. Because of this, the body’s immune system sees the collagen as toxic,so the immune system responds by attacking it.

Therefore, the GAPS diet may help in reversing one’s arthritis. The body will get better at managing inflammation by cleansing the toxins. It may also seal leaky gut, which will further promote the healing process.

Autism or a learning disability in children. Such disorders all begin with the gut-brain axis. This happens to be the communication between the bacteria and nerve cells in the gut and the person’s brain. This connection is very complex, and scientists are just starting to learn about it.

The factors which the GAPS diet targets help in the treatment and healing of autism or other learning disabilities. Another reason why the GAPS diet is beneficial is that when a person has leaky gut, the toxins may start reaching the brain. This may be the reason why the disorders aren’t improving.

Autoimmune disease. Usually, all kinds of autoimmune diseases start in the gut. Usually, it begins with a leaky gut. The bodies of people with leaky gut can’t detoxify properly. Because of this, the toxins spread through the body which triggers an immune response. Then the antibodies start attacking the body’s healthy tissues.

When a person follows the GAPS diet, he won’t be consuming foods which promote a leaky gut. Along with this, it also floods the body with foods which help rebuild healthy tissues. So, the leaky gut may seal up, and the body will be able to recover.

Chronic candida overgrowth. Although there is such a diet called the Candida diet, it doesn’t deal with the cause of the fungal overgrowth. Because again, the main reason for this is a leaky gut. The Candida diet starves the fungus but doesn’t treat the cause.

Since the GAPS diet deals with the cause, it’s a much better way to treat the fungal infection. The person will be eating foods which will promote the healing of the leaky gut, therefore fixing the cause.

Depression or a form of mental illness. Studies have shown that such illnesses aren’t head problems, they’re digestive problems. The GAPS diet also addresses depression, anxiety, schizophrenia, OCD, and bipolar disorder. A lot of people with these conditions have claimed that they achieved incredible results because of this diet.

The GAPS diet addresses neurotransmitter deficiencies. This is done by enhancing digestion of proteins and balancing the gut flora. It also works with hormonal imbalances and leaky gut. Such things help in treating these illnesses, therefore improving them.

Eczema. Until now, no one knows what causes eczema exactly. However, a lot of holistic practitioners believe that the main underlying cause is again, a leaky gut. It might even be caused by intolerances to certain foods.

It’s a fact that a lot of people who followed the GAPS diet were able to reverse the effects of eczema. Some of them have even said that they noticed results just a few days after beginning the diet. No matter what the case of your eczema is, you’ll benefit from such a diet.

Hay fever and allergies. Many people are unaware of the fact that the origin of seasonal allergies in the gut. For the body to regulate histamine, the gut flora needs to be in the right balance. Gut pathogens produce histamine. It’s an essential kind of neurotransmitter in the body.

But when these microbes keep growing because there isn’t enough good gut flora, there’s an overproduction of histamine. This causes the body’s functions to react to the histamine in negative ways. Remember, the GAPS diet helps bring back balance to the gut flora. This means that it deals with the cause of too many histamines.

Highly susceptible to colds. The human body has a lot of bacteria in the gut. Aside from this, most of the immune system resides there too. This means that when there’s something out of balance in the gut, a person may start experiencing different diseases, especially the common ones like colds.

So, people who want to lessen the risk of getting colds should consider going on the GAPS diet. It will give the body’s immune system a boost while keeping the gut well-balanced.

People who have taken (or are taking) oral contraceptives. Studies have shown that oral contraceptives cause irreparable damage to the otherwise healthy gut flora. And the dangerous part about this is that when a woman conceives and gets pregnant, she may pass on her imbalanced gut health to her child. Then the child will pass it on to her child. That’s why it’s important to keep the gut flora healthy, especially for women. Aside from this, pills for birth control also cause different nutrient deficiencies as well as hormonal imbalances.

Fortunately, there’s a way to restore the balance of gut flora, and that’s to follow the GAPS diet. So, it’s highly beneficial for women who are taken or who have tried taking oral contraceptives in the past.

Stages of the GAPS Diet 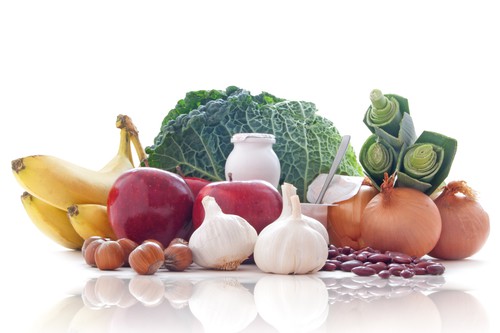 The GAPS diet has different or phases. Just like most diets, the very first stage is usually the hardest, and it’s also the one which puts most people off. People who can’t keep up with a specific diet from the beginning won’t be able to maintain it until the end.

The Introduction Diet. Just as previously mentioned, this part of the diet may be off-putting to a lot of people. This is mainly because it involves intense modifications in a person’s regular diet. This stage comes with its sub-stages.

As the diet progresses, the person may be able to add more and more foods at each stage. These foods are mainly vegetables, some meats, and fermented foods. Any foods which are baked must be avoided. In this diet, some people may remove fruit, nuts, and honey altogether. However, if a person’s body has a severe reaction to the diet, he may go back to the earlier stages of this phase.

Supplementing the diet. Since this diet is very restricted, it means that a person may pass up some foods which are rich in nutrients. So, people following this diet will benefit a lot from taking some select supplements. The most recommended ones include:

Detoxifying the body. Aside from following the diet, a person may need to start detoxifying his body. This means that one needs to ensure that the body is free of chemicals. Some people drink fresh juices made from fruits, vegetables, and herbs to help activate and regulate the bile flow in the liver.

A coffee enema is also a popular choice, but it’s not recommended. This involves injecting coffee into a person’s anus. This cleanses the large intestines as well as the rectum. However, a lot of medical authorities and experts see this as very dangerous.

There are many ways to cleanse and detoxify the body. But a lot of people agree that the best way to do it is naturally. No matter what method a person chooses, he must first research how to do the detoxification as well as the side effects of doing it.

Tips for following the GAPS Diet 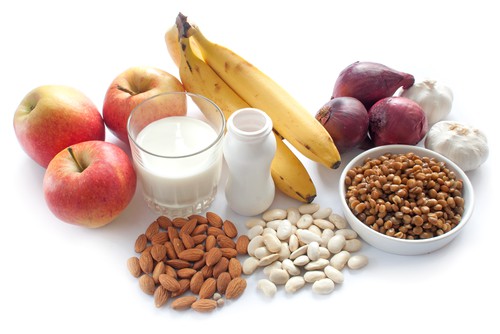 Before anyone starts thinking about following the GAPS diet, a person needs to do enough research. Each stage involves rules so one must be aware of all of them. It’s also important to look at the sources of the foods one will need for the diet instead. Go through different supermarkets in the area to find out where to buy the required food items. Here are some helpful tips for following this diet:

What’s The Best Teas To Drink For Bloating?