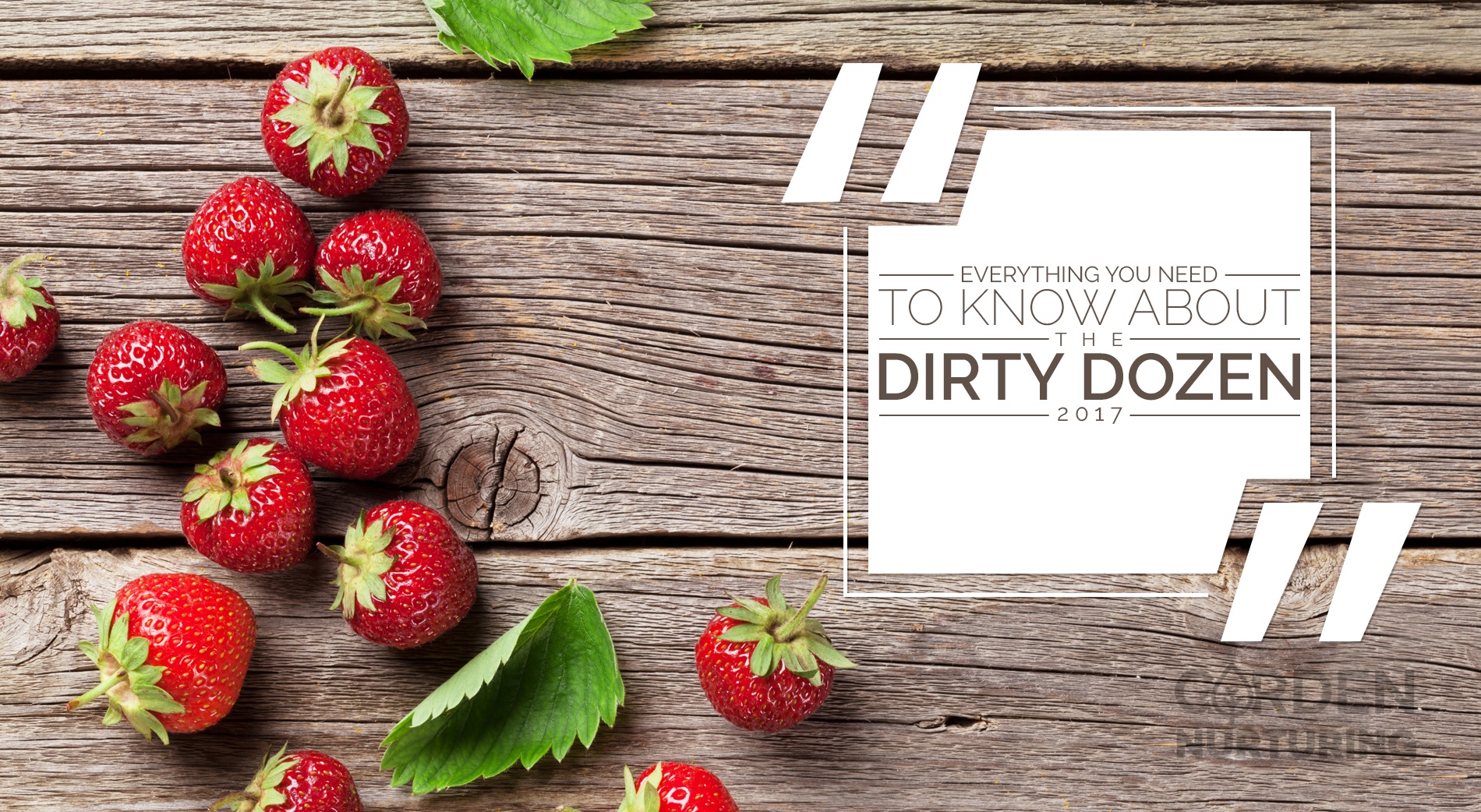 When it comes to buying fruit and vegetables, you hear all about how organic is best if you want to avoid pesticides, insecticides, GMO products, and chemicals. The problem is organic is expensive for many. Do you need to buy everything organic?

You can get the best of both worlds. It turns out that there are some fruits and vegetables more likely to be covered in pesticides than others. Certain ones will have more residue and will have more pesticides within them.

There are two lists that you want to pay attention to the Dirty Dozen and the Clean 15. These include the vegetables and fruits that have the most and the least pesticides on them. And both lists change yearly based on current results and findings.

The Dirty Dozen is made up of (as the name suggests) 12 fruits and vegetables. Unsurprisingly for many, they are mostly foods that you will eat the rind or skin. This is because the residue sticks to the skin rather than pushing through to the fruit. If you’re going to eat the skin, then you’re going to get more of the residue. 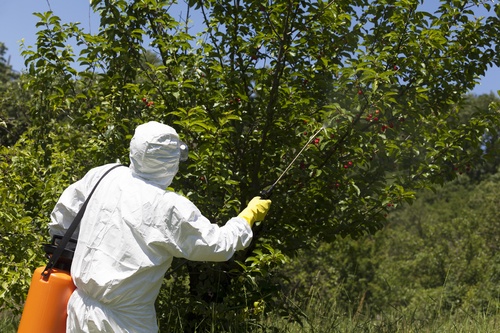 Before we get into the Dirty Dozen 2017, it’s worth considering the truth about pesticides. Are they that big of a problem?

Well, there are mixed reviews. After all, so many people eat fruits and vegetables with them and don’t seem to have health problems, right?

Pesticides are chemicals used by farmers to help prevent pests and animals feeding on their crops. They are toxic, but there is a view that the pesticides can be washed off. You can use white vinegar to get rid of most of the residue, but it’s worth noting that organic fruits and vegetables don’t have pesticides.

Some of the research into the toxic chemicals show that pesticides can be harmful to humans. Some of the short-term symptoms include nausea and headaches, but they can also lead to chronic health conditions. Some cancer patients and those with reproductive issues have found links to pesticides. Studies show that children are the most susceptible to pesticide damage, as the central nervous system continues to grow in the earlier stages of life.

The best way to avoid all pesticides is to buy organic. Farmers of organic produce must follow strict rules to market their products as that. They need to have their soil tested regularly and had a certain well around to ensure their soil isn’t contaminated by neighboring farms. Many farmers will make a loss on their farms for years before being allowed to plant and produce. This is part of the reason for the higher costs.

Some pesticides are so bad for the health that parts of the world have banned them. Certain neurotoxins that are still in use in the United States have been completely banned in Europe. Surprisingly, they are extremely common in fruits and vegetables, making it clear that fresh isn’t always going to be the best for you!

What Is the Dirty Dozen?

Before getting into the list for 2017, it’s worth considering the Dirty Dozen in general. As mentioned, it’s 12 fruits and vegetables that have the most pesticides and residue.

The Dirty Dozen list is created by the Environmental Working Group (EWG). Each year, the group will test fruits and vegetables grown for pesticides and residue. The EWG found that 70% of products tested had at least one pesticide! This is a large amount of produce and the figures continue to increase each year.

While some foods will only have one, there is produce out there contaminated with three and more different types of pesticides. There are some that have 20+ pesticides! The residue was found even on produce that was washed fully, meaning that just simply washing your fruits and vegetables isn’t enough. There is the option of using white vinegar, but then you may be left with the after taste.

The Dirty Dozen is the 12 most serious problems in the fresh produce section. You want to get them organic as much as possible. If you can’t afford organic, you want to look at getting other fruits and vegetables instead. The great news is the Clean 15 lists will help you find the best fruits and vegetables to eat. While many of them still have one or two pesticides, they are nowhere near as dangerous as the Dirty Dozen.

Remember that this is a list that changes yearly. While it’s extremely uncommon for food on the Clean 15 to jump to the Dirty Dozen and vice versa, you will want to check on your favorite foods to make sure they’re not on the Dirty Dozen. 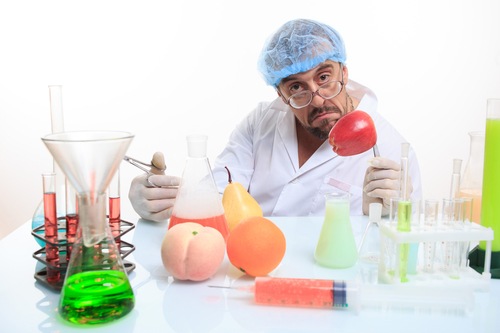 Your 12 fruits and vegetables to avoid non-organically are:

As you’ll notice, they all produce where you eat the skin. Strawberries are the worst with at least 20 pesticides found. Spinach is a major concern due to the type of pesticides found. This is the one that has the neurotoxins that have been banned in parts of the world. It has also moved up the list considerably in recent years, due to a number of pesticides now being used.

Before 2016, apples were constantly at the top of the Dirty Dozen list. Now they are in fourth place. This just shows how much the foods can change.

Cherry tomatoes and cucumbers used to be on the list. Pears and potatoes are relatively new additions, pushing the other two culprits down. Pears and spinach are the two that are heavily focused on for 2017. They have the largest concentrations of pesticides within them. However, this doesn’t push them above the strawberries and other fruits due to the number of pesticides in others.

Just because something isn’t on the list doesn’t mean it’s fine non-organically. After all, the next food may just have one less pesticide than the other 12!

Controversy Over the Dirty Dozen 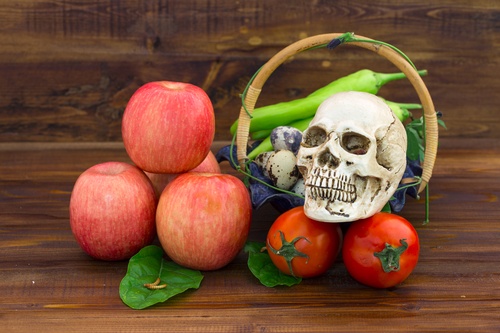 Like any list that is designed to help you keep your family safe, there is controversy over the Dirty Dozen list. There are many people who claim that the EWG is putting people off from buying all fresh fruit and vegetables, especially those on low incomes.

The foods on the Dirty Dozen list is those that are extremely common for families with small kids. Apples, grapes, peaches, and pears are common favorites as they are so easy to eat. Parents are worried that they will harm that they completely avoid the fruits but don’t replace them with anything else. After all, many families just can’t afford to buy organic.

This isn’t something that you should do. In small amounts, the foods may not be too bad. More research is needed though to determine this. If you can’t afford to buy organic, then you should look at the Clean 15 lists. There are plenty of fruits that are popular with kids and extremely good for you, including pineapples and some melons. Some of the fruits and vegetables on the Clean 15 showed absolutely no pesticides at all!

The complaint about the list is that it doesn’t assess the risk. There are certain pesticides that are worse for you than others. They may not show up on the Dirty Dozen list simply because some of the fruits and vegetables have more in a small concentration.

There is also the issue of the location that the produce has come from or where you’re buying from. You can find good sources of the produce in certain places.The individual fruits and vegetables may not have any pesticides or as many as the tested subject. This isn’t something considered when it comes to creating the list and isn’t something you can test for within the store.

It’s not surprising that there is some controversy, considering how the list is created. There are certainly some limitations to it.

Buying Out of the Supermarket 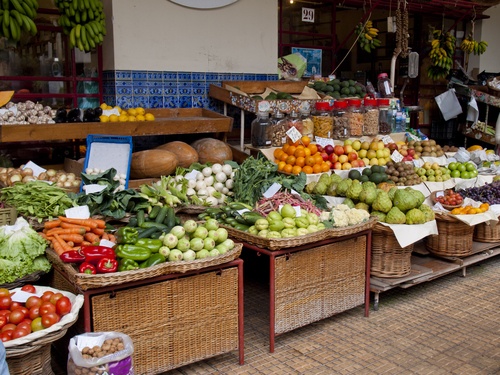 If you don’t want to buy organic, but you still want to eat foods on the Dirty Dozen, you can get them elsewhere. The supermarket is just the most popular option.

Opt for a farmer’s market instead. The farmer will be there to discuss the types of pesticides that are used. They will keep the prices down, since there’s no middle man trying to make a profit, and will have fresher produce. There is nothing that comes from out of state or internationally that could have been left for weeks or months on end.

You can also go to smaller stores that work with local farmers. It’s also worth buying in season. When you do all this, you will find better tasting fruit and vegetables.

There’s No Testing for GMO

Surprisingly, most of fruits and vegetables don’t have GMO products. GMO products and chemicals have been a major concern over the years.

What is worth pointing out is that the EWG doesn’t test and rank fruits and vegetables that have GMO products in them. In fact, you’ll find that some of the fruits on the Clean 15 lists do have GMO traces, while those on the Dirty Dozen don’t.

This is a major complaint by scientists and world organizations. What’s the point in listing food as being clean when it has GMO products? How can something that has pesticides by no GMO is worse than something that has both? It can make buying at the supermarket difficult. You just don’t know if something is better buying organic or not.

At least when you shop at a farmer’s market, you get to talk to the individual. You can find out exactly what has been used in the crops. This can help you make more of an informed choice over the food that you buy and what you invest organically in. 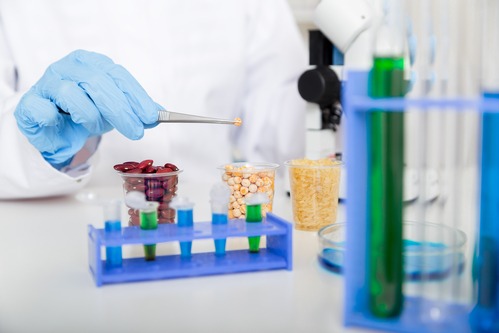 There is still more research needed into pesticides and the problems that they cause. While there are some studies that show pesticides can cause serious health problems, there are other environmental factors to consider. A scientist cannot claim that one pesticide is the sole cause.

Research is also needed in how the residue on the fruits and vegetables cause health problems. Is it possible that trace amounts now and then aren’t going the harm believed?

You should still wash your fruits and vegetables before using them. You may find that removing the skin helps to get rid of some pesticides, but this will depend on the produce. Try wiping down the fruits with some white vinegar and then rinsing again.

If you can afford to buy organic, this is the best approach to take. This is especially the case when buying the foods on the Dirty Dozen. Take your shopping lists with the Dirty Dozen and Clean 15 written down, so you can make the best decisions for your budget, your lifestyle, and your needs. Even if you don’t do it for the pesticides, consider doing it for the farmers who must spend years waiting for their farms to be suitable for growing.

Everything You Need To Know About Acupuncture (And Its Benefits)

The 3 Keys To Healthy Aging After 40 - Infographic