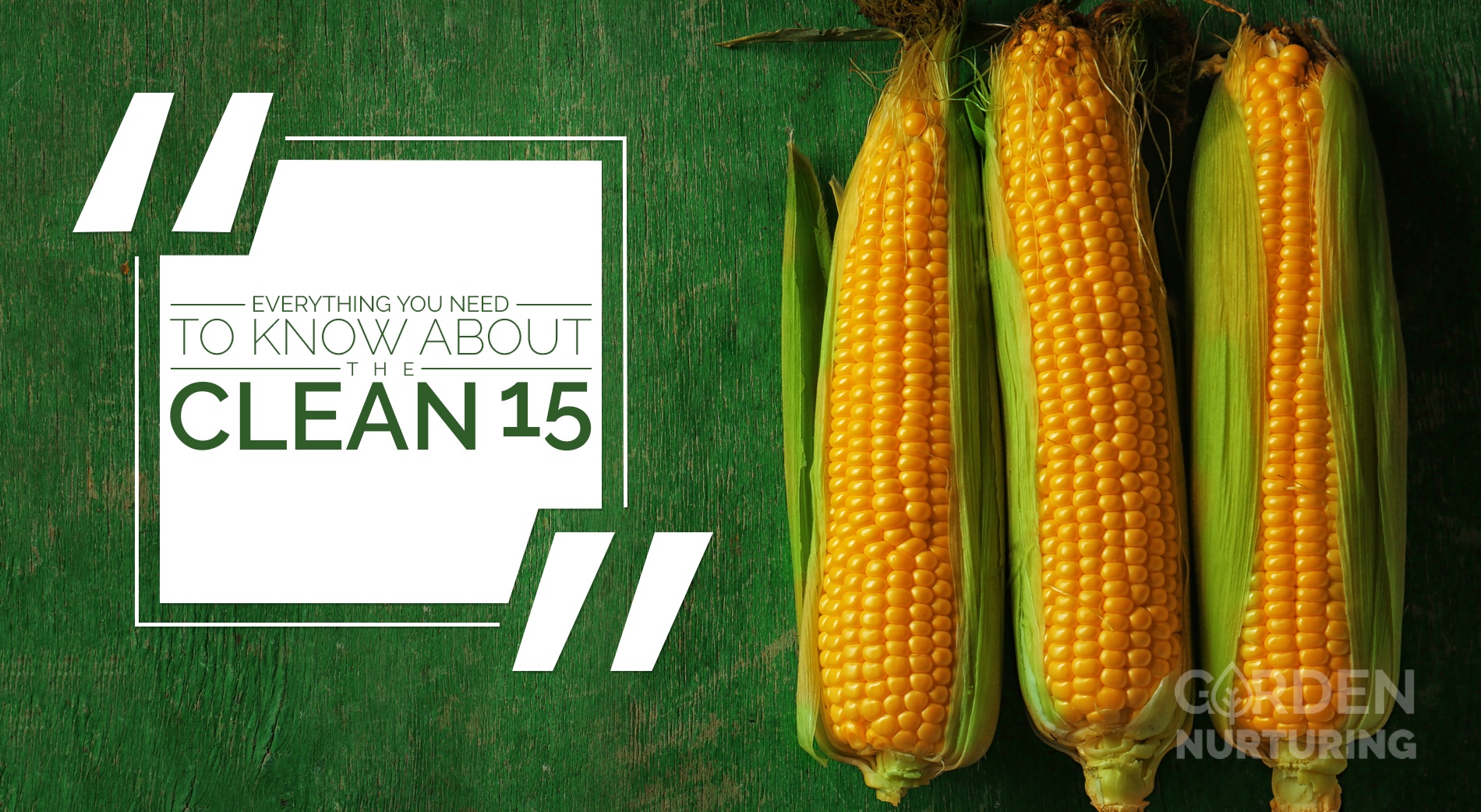 Do you opt for everyday produce in the grocery store or should you splash out for the organic options? This can be a difficult decision for some people. There’s the big question over whether organically is worth the money.

The Clean 15 considers the top 15 fruits and vegetables that use the most pesticides. Pesticides can be extremely damaging to the human body, although they may be used for protecting food from animals and pests while growing. It’s a difficult balance to find. Can you safely eat some of the fruits and vegetables?

Here’s a look at everything you need to know about the Clean 15.

Are Pesticides Really That Damaging? 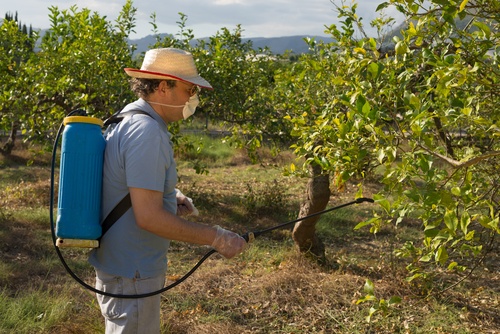 Pesticides are considered necessary by some farmers. They’re designed to kill off mildew, mold, and insects. They can also kill off some weeds and other plants, helping to protect the fruits and vegetables. However, in high doses, they can be harmful to humans.

The Environmental Protection Agency has put restrictions on some of the most toxic insecticides and pesticides. However, there are some that are still around, despite campaigns to ban them. One of the most problematic is chlorpyrifos, which the EPA continues to debate about. It’s been used since 1965, but there are studies that show it can cause problems in children where mothers were exposed to it during pregnancy.

It’s possible to consume more than 100 different pesticides on a yearly basis! That’s how many are used around the world and on a variety of fruits and vegetables. Children and babies tend to consume the most due to their size and the type of food that they initially eat.

To help avoid pesticides, there are organic fruits and vegetables in the grocery stores. These are usually kept separate, visibly marketed as organic. The downside for many people is that the fruits and vegetables cost more money. Of course, you’re paying for the privilege of no insecticides, pesticides, and other chemicals. It takes years for farms to get rid of all residue of the pesticides in the soil, meaning farmers are left making a loss for the first few years of farming.

Clean 15 vs. the Dirty Dozen

Both lists can change frequently. There are regular tests on the fruits and vegetables that make it through to the grocery stores to make sure the lists are always up to date and relevant. This will mean you need to keep an eye on the yearly reports to make sure you follow the best diet for your health.

For example, spinach has changed over the years. It almost doubled in pesticides in most recent years, as well as new insecticides and fungicides being used. It has moved from the eighth to the second on the Dirty Dozen list!

While the good news is that you don’t have always to buy organic, you will need to take care of some fruits and vegetables. It’s always worth rinsing them, even if you’re going to opt for the Clean 15.

To make it even harder to follow, different countries will have different lists. This will depend on where they import their food from or whether they opt for home-grown fruits and vegetables. You’ll want to keep track of your own country’s Clean 15 list. 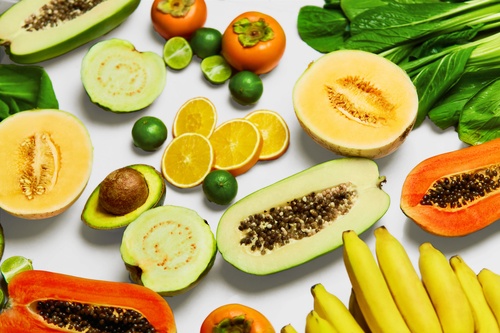 The Clean 15 is a list of foods that you don’t need to buy organically. You can get the regular fruit and vegetables without spending the extra money. It’s still worth washing the fruits and vegetables if you can, but you’ll find that they still don’t have the pesticide residue that other foods have.

Most of these foods will involve peeling or skin removal in other ways to get into them.

Should You Stop Buying Fresh Fruit and Vegetables?

There are some complaints about the Clean 15 and Dirty Dozen lists. There are views that the lists discourage people from buying fresh fruit and vegetables. This shouldn’t be the case. The lists are simply pointing out which foods you can buy safely without opting for organically. If you still can’t buy organically, there are ways around the pesticides, including using some white vinegar to clean the fruits and vegetables prefer preparation.

The problem is mostly with the Dirty Dozen list rather than the Clean 15 lists. The idea of food being “dirty” puts parents off buying the kid-friendly foods for their children.

There can also be some misconceptions about the term Clean 15. This doesn’t mean that the food is completely free from pesticides. The studies have shown that the foods have at least one pesticide residue within them, but they are the cleaner of the lot when all fruits and vegetables are considered. Most of the Clean 15 will only have one pesticide residue, but a small number have more.

The studies also don’t consider all other toxins and chemicals used. They won’t consider any genetic modifiers used in the fruits and vegetables, which can be common in the western world to counter the supply and demand issue.

In fact, some of the fruits and vegetables on the Clean 15 lists are still better bought organically. Papayas, mangoes, and sweet corn grown in the United States can include some genetically modified seeds. If you want to avoid all chemicals, the only way is to opt for organic.

There Is Good News About Genetically Modified Fruit and Vegetables 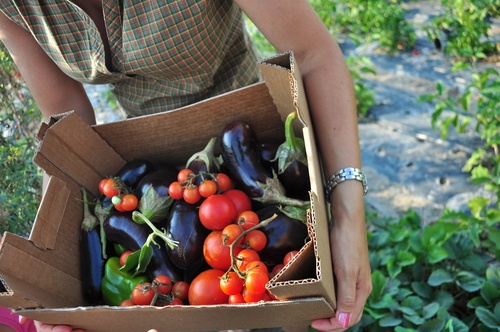 While there are many fears that you’re buying genetically modified food, you can breathe a sigh of relief. Apart from the ones already mentioned, most of fruit and vegetable found in the grocery store’s fresh produce aisle is not grown with GMO chemicals. This means you’re not adding too many unnecessary chemicals to your body.

It’s the processed foods that you want to watch out. This can be great if you’re opting for a clean eating diet, where you cut out all processed foods. The method to process the fruits and vegetables adds in the chemicals and toxins. It changes the makeup of even the fresh fruit and vegetables that are used. It gets rid of the natural structure while adding in various salts, sugars, and other ingredients.

Before you buy anything, you will want to do your research. Find out where the fruit and vegetables have come from. Learn more about the growing and processing within the countries that they come from. For example, a papaya from Mexico may be much better than one from Hawaii. A squash from Canada may be far better than one from a part of the United States.

Are Organic Foods Still Better for You? 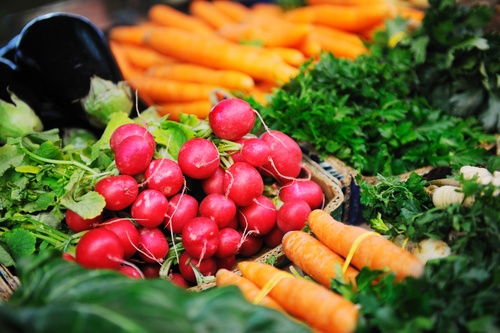 When it comes to the Clean 15, there isn’t that much need to buy organic. In fact, you’ll likely find that there are few stores that sell organic when it comes to the Clean 15 lists. This is because the list is already made up of fruits and vegetables that have few pesticide residues. In most of cases, you will remove the residue when you peel the fruit or vegetable.

You can also opt for peeling the fruit and vegetables. While they are designed to eat with the skin on, there’s nothing wrong with getting rid of the part that holds the most residue.

Rather than buying organic, you can change the place you buy from. opt for farmer’s markets or local stalls instead. You will get fruit and vegetables from local farms, and the farmers will be able to tell you just what they’ve used on their fruits and vegetables. If they grow organically, they can often keep the costs down. There’s no need to worry about making a profit on top of a store’s products. They will also help offer some discounts for bulk purchases, especially towards the end of the season!

Alternatively, you can grow your own. You will avoid all pesticides and GMOs since you will have full control over the chemicals, toxins, and ingredients used in the soil. You can even make your mulch to help grow your fruits and vegetables. This can help to keep the cost down while getting kids involved in the growing and producing process. Kids are more likely to eat fresh fruit and vegetables when they see where it all comes from.

Just Watch What You Buy! 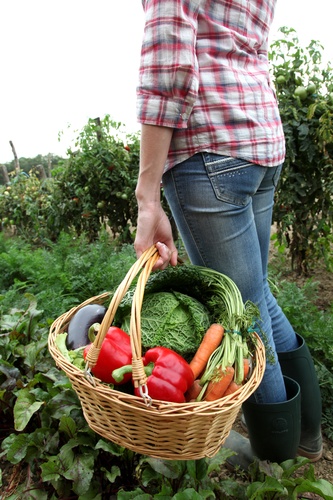 Take the Dirty Dozen and Clean 15 lists with you when you do your grocery shop. Use them as a guide to help you choose the foods that you buy normally and organically. Find alternate places to buy or grow fruit and vegetable to know more about the pesticides and chemicals used.

Fruit and vegetables are good for you. They are fun to eat, and you can get around the issue of pesticide residue without splashing out for organic every single time.

10 Most Common Food Allergies In Children

Top 10 Foods that Are Easily Digested