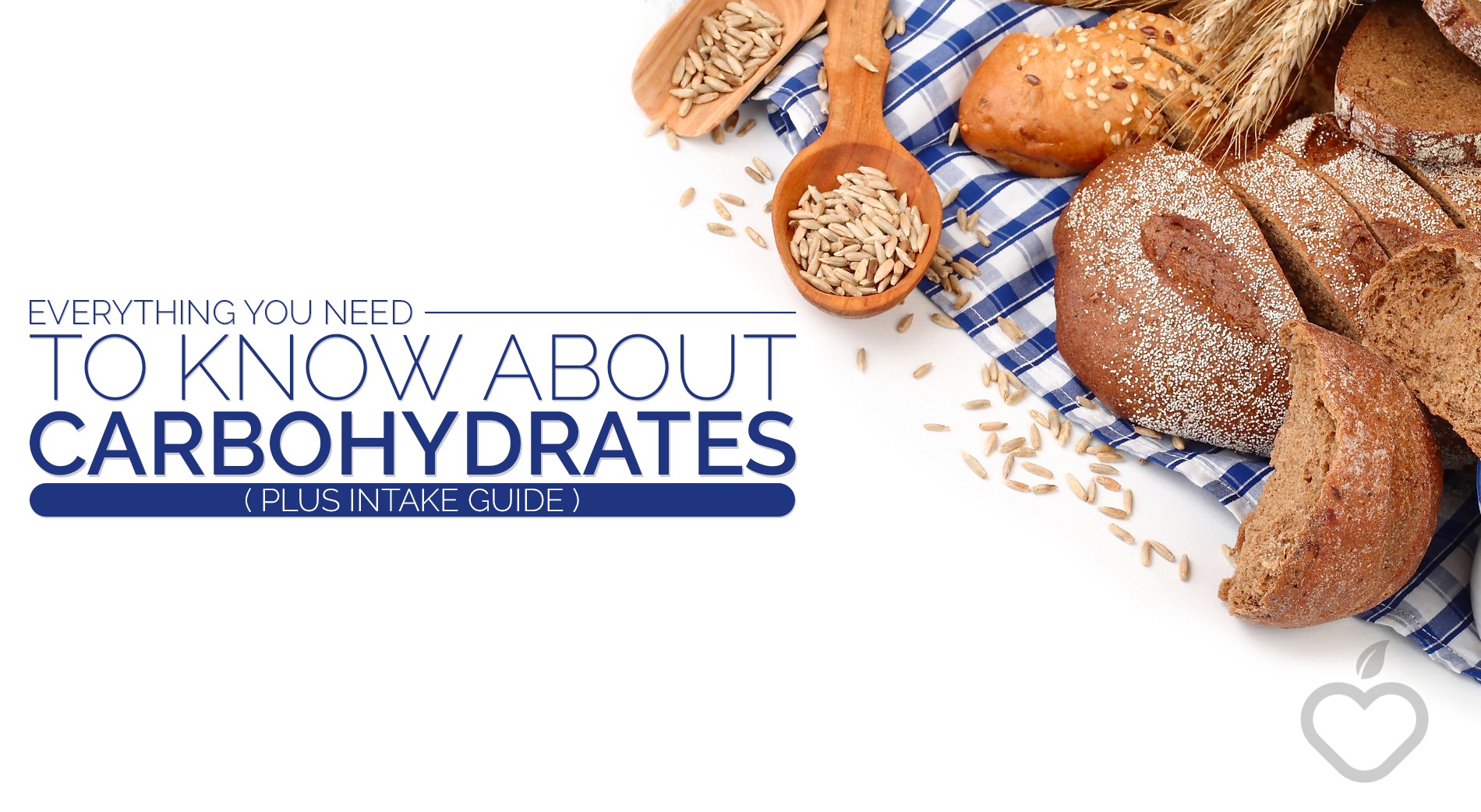 Carbohydrates are bad for your weight, right? They’re also bad for your health. They cause sugar spikes and lead to a higher risk of Type II diabetes.

Well while some of that is true, not all carbohydrates are bad. In fact, carbohydrates are a necessary part of your diet. You just need to choose the right types. Yes, there are some that will cause spikes in the blood sugar, but others can offer sustained energy levels throughout the day.

It’s time to step away from the myths and learn the facts about carbs. Here’s a look at everything you need to know, plus the best intake guide for your body.

Your Body Needs Carbs for Energy 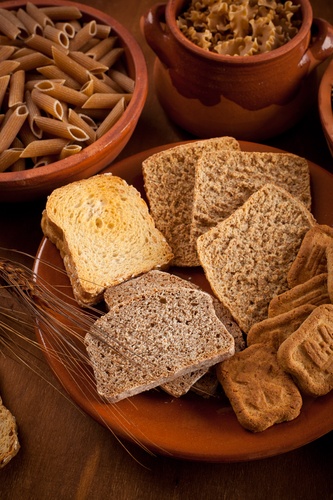 Let’s get one thing straight. Carbohydrates are necessary for energy. They’re your body’s primary source of energy, especially short bursts of it. Sure, there are people who tell you that carbs are bad and you don’t need the short bursts of energy that you gain from them, but that’s not quite true.

But there are some carbs that are better than others.

There are two types of carbs: simple and complex. You want the latter. The complex carbs are those that are made up of starchy or fibrous goodness, helping to avoid sudden spikes in your blood sugar levels. The great news is a lot of your favorite foods are still on the table because they are made up of complex carbs.

Even better news is there are good substitutes for most simple carbs, making your other favorite (usually considered unhealthy) foods still allowed within your healthier lifestyle.

Carbohydrates help to offer the metabolism the glucose needed to sustain energy levels throughout the day. The metabolism is completely used to them, and the body will start the process of breaking down carbs before you even eat them. That smell of bread or chocolate will make your mouth water. You feel the need to eat them, and your body is preparing to use up all the carby goodness.

Sugar within the carbs will dissolve in your saliva very quickly. The saliva also helps to start the breakdown of the starch within complex carbs, turning it into glucose while you chew. This is one of the reasons it’s so important to chew your food thoroughly. You’ll not just help your digestive system, but you make sure your body gets all the necessary nutrients.

Once the carbs are broken down, the rest of the body will analyse the particles. Some are passed into the blood stream, but others are stored in the liver and muscles. You want the ones stored in the liver and muscles, as they will break down slowly and give you energy throughout the day. However, there is a danger if you consume too many carbs throughout the day. Your body will only use as much as it needs, so if you store too much, you end up gaining weight.

The carbs that break down and dissolve into the blood stream will raise your blood sugar levels. In some cases, this won’t be too bad. In moderation, you can get away with it if you don’t have other health problems. However, you do put yourself at a higher risk of developing Type II diabetes. There are times with diabetes that you will be encouraged to suck on candies for the instant sugar, especially if you have low blood sugar issues. You may also need to regulate your blood sugar levels through insulin shots and other medications.

Your Body Does Need the Glucose 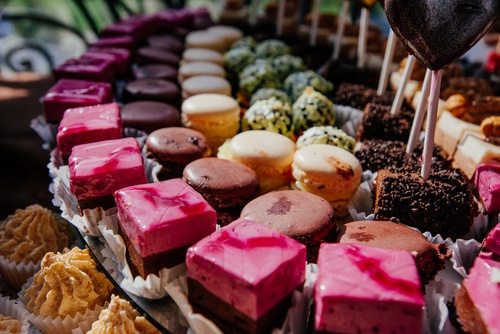 Glucose gets a bad reputation due to the issue of Type II diabetes. However, the body needs some glucose in the body. This is the primary form of fuel for your daily activities. It’s what helps to keep the organs functioning and the muscles moving. Your brain needs them to remain alerted and healthy.

You don’t need to get all your glucose from carbs. Your body will convert some of the elements of protein and healthy fats into glucose, but this can take a longer process. Half of your calories should come from carbs, but preferably from healthy carbs; those complex ones we’ve already mentioned.

Simple carbs, such as cookies, chocolate, and candy, are also often referred to as refined carbs. They’re the type that will raise your blood sugar instantly, giving you the spikes of energy. Unfortunately, they also cause sudden energy crashes. You can end up feeling worse by eating them, compared to when you get your energy boosts from complex options.

We’ll go into more details about complex and simple carbs later, so you get an idea of what foods are best to eat. 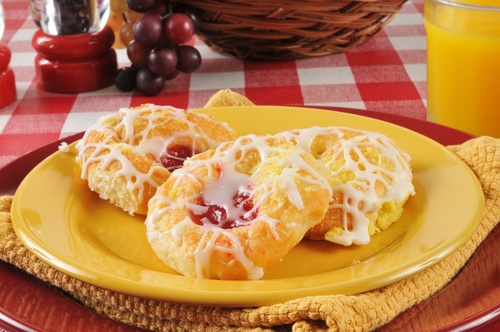 There’s this common misconception that carbs are bad for weight loss. This is all thanks to the diets like the Atkins diet and the South Beach diet. These once-popular diets demonized all carbs because they were supposed to be the devil for weight loss.

Even now carbs can get a bad reputation because of the demonizing of sugar. There’s a view that all sugar makes you fat.

It’s the type of sugar and the form of carbs that lead to some weight gain. But sugar and carbs are not the only culprits. Your overall diet and the amount of food your intake will affect your weight loss or gain.

Simple carbs are mostly to blame for weight loss, due to the way the sugar within them is metabolized. When the sugar hits the blood stream, the body must release insulin to tackle it. The metabolism stores other calories for later use, while it gets rid of all the glucose in the body. If you have far too much glucose, your body can end up storing the extra calories for longer than necessary. You don’t realize this has happened when you eat later, meaning that you’re eating more calories than your body is burning.

It’s the overconsumption of calories that causes you to gain weight. Of course, the way the body is tackling the sugar doesn’t help. This is especially the problem when your body feels hungry after your simple carb snack since the initial energy burst has disappeared. If you ignored the hunger pangs, the metabolism would focus on the calories that were previously stored. But who wants to do that?

When you get complex carbs into your body, your metabolism reacts differently. The starch and fiber are broken down through a longer period. Not as many sugars will hit the blood stream, meaning you don’t get as big of an insulin response. You feel fuller for longer, which means you don’t feel the need to eat as much. It’s easier to eat fewer calories throughout the day, creating a calorie deficit so you can lose weight.

Not getting enough energy or enough carbs can be detrimental to your health. Not only will you struggle to lose weight, but you can negatively affect your organs and your metabolism. If your body doesn’t think it is getting enough energy, it will force the metabolism to slow down. You will need fewer calories throughout the day, without necessarily realizing it. Continuing with your same diet (or an earlier diet if you’ve recently crashed dieted) will lead to consuming too many calories and causing weight gain.

The Difference Between Complex and Simple Carbs 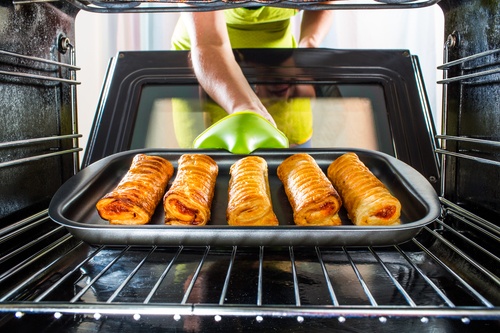 We’ve mentioned that simple carbs break down faster than complex carbs, but we’ve not quite considered the science of it all.

Simple carbs have short chained sugars, whereas complex carbs have long chained ones. The short-chained sugars are broken down much easier than the long-chained options, going directly into the blood stream.

Simple carbs include all your refined sugars and products. They include your junk food and processed foods. They are anything referred to as empty calories.

But they can also include white bread, white pasta, and other similar foods. These types of foods are made up of more sugar than starch or fiber, but that doesn’t mean pasta and bread are off the menu. You just need to pick the right type.

You want pasta, bread, rice, and other similar ingredients that are full of fiber or starch. Opt for brown rice and pasta, whole wheat bread, and grains like quinoa and oats. While they do have some carbs, they have more fiber to help slow down the process of metabolizing. You’ll find that these foods make you feel fuller for longer—and you’ll feel fuller sooner than if you ate their simple versions. You eat fewer calories because you eat less, despite the complex carb versions having similar amounts of calories as the simple versions!

Other complex carbs that you want to add into your diet are fruits, vegetables, and root vegetables like potatoes and parsnips. You can also get some nuts and legumes, as they do contain some carbs.

Just because complex carbs are good, you will still need to watch the amount that you eat. You may also want to control portion sizes of individual ingredients. For example, strawberries are full of natural sugars. While there is plenty of fiber, there are more calories than you would find in cucumber, tomatoes, or even apples. 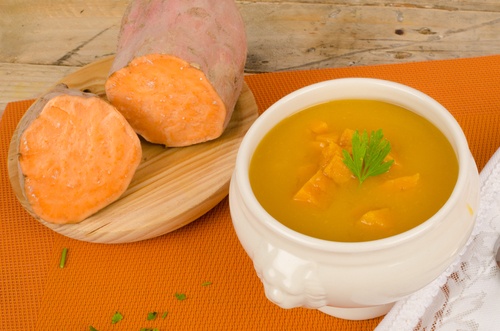 You need to think about some carbohydrates that you eat. Remember that half of your calories should come from carbs for the best energy.

Some calories you need will depend on your age, height, and current weight. The average woman will need around 2,000 calories per day, so we’ll work with that for the sake of this. You can use a calorie calculator to determine the exact amount that you need to eat.

If we’re working with the 2,000 calories a day, 1,000 of those calories should come from carbohydrates. One gram of carbs will have four calories, so you need around 250 grams of carbs daily.

You can have some simple carbs and even table sugar. You don’t want more than 10% coming from simple carb sources, which means 25 grams of simple carbs is the maximum. That’s about half an average sized candy bar a day—not the huge bars that you get for sharing or for cooking!

The rest of your carbs should come from complex options. You’ll need to look at some carbs total in the food you’re consuming, which is usually listed on the nutritional guide. Look at the details of the carbs that sugar, which will help to determine the ones that are worse for your insulin levels. Also, pay attention to some carbs based on some grams in the food. Those with more fiber or protein will be healthier options for you.

Nutritional labels aren’t just going to tell you outright some carbs in the whole item. The labels will state a serving size, which differs depending on the food. You will then need to multiply or divide the total amounts based on the amount you’re going to eat.

It will take some time to understand the nutritional labels, but it is worth taking the time to learn. They will give you far more information than just the amount of carbs and total calories.

Know Your Carbs and Look After Your Health

Unlike popular belief, all carbs are not bad for you. They don’t all cause weight gain and they won’t all lead to you developing Type II diabetes. Carbs are a requirement for your health. Your metabolism will use them mostly for the energy you need throughout the day.

Sure, you need to be careful on the amount that you eat. You want to watch out for overeating anything. Just because something’s good for you doesn’t mean you can eat as much as you want. Look at the nutritional labels and consume half of your daily calories in complex carbohydrates for the best energy levels throughout the day.

21 Things You Should Know About Grapefruit - Infographic