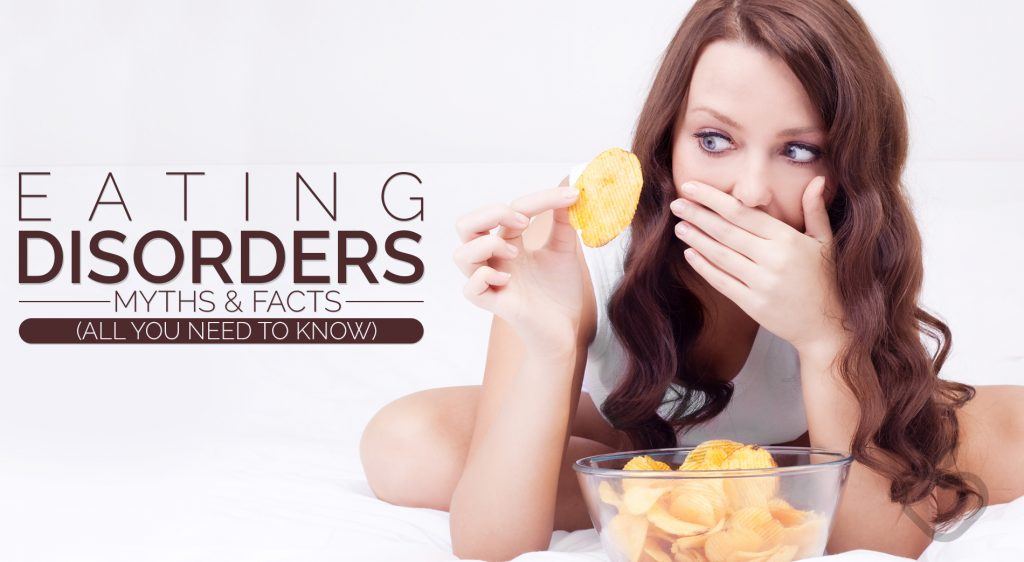 People choose to have an eating disorder, right?

You may be surprised at some people who believe this! Yes, it’s one of the sad things about eating disorders and getting treatment for them. Too many people believe all the myths, and it leads to so many sufferers holding back from seeking the treatment they need.

Here’s all everyone needs to know about eating disorders: both the myths and the facts. 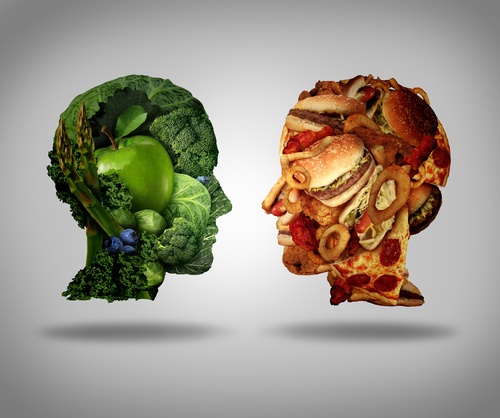 Too many people minimize the seriousness of eating disorders with this statement. Yes, there will be some people who choose to count calories and limit their diets. But those with eating disorders are not the same. This is not a lifestyle choice.

Do you really think someone would choose not to eat enough to sustain their bodily needs? Would someone choose to be so strict with their diets that they run the risk of killing themselves from malnutrition?

Eating disorders are a serious mental illness. By understanding that, you’re helping those close to you get the mental health help that they desperately need. You support them while they struggle with the treatments.

Unfortunately, the treatment isn’t as simple as eating more. That would help to counteract the symptoms of the eating disorder, but will not help to treat the issue in mind. There is a voice telling them not to eat too many calories or to binge eat and then purge. There is something in their head telling them that they’re too fat or skinny and that food is the way to counter this.

The problem is treating the mind much harder than treating physical illnesses. You must get into the psychological reasoning behind the beliefs. It’s like trying to treat depression, anxiety, and other mental illnesses.

Before you consider the other myths about eating disorders, accept that the problem isn’t a lifestyle choice. This is a genuine illness and an extremely serious one. 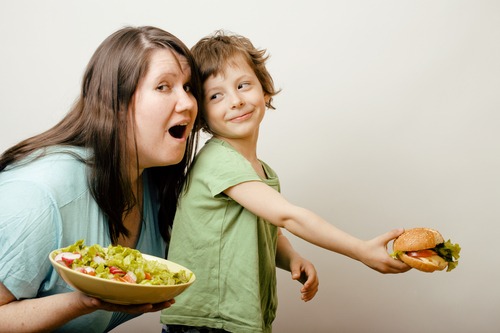 The most commonly spoken about an eating disorder is anorexia. You will hear stories about how people eat very little to lose weight quickly. Even when they look like skin and bones, they continue to believe that they are too fat.

Well, not all eating disorders are like that. Some people think they are too skinny. Even if they weight 400lbs, they can think that they need to eat more.

And then there are those who’s feelings aren’t even connected to their body shape or their weight. It’s not that they think they need to gain or lose weight. They have other compulsions that cause them to limit the food they eat or binge daily.

For some, it’s about getting the control in life through food. They may feel like their life is completely out of order and control the amount of food that they eat is the only way that they can bring some control back. They get meticulous about counting calories both in and out—yes, some will weight their feces to make sure they can count the calories that have left their body!

Now, do you see why this is so difficult to treat? Those helping someone with an eating disorder change the way they eat to understand why the person has the eating disorder in the first place! It’s not a simple illness and is certainly not that lifestyle choice myth #1 considers. 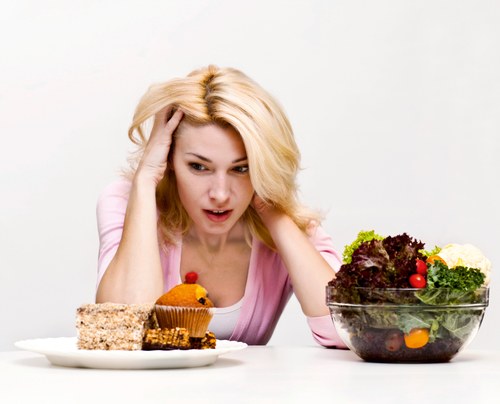 When you look at how eating disorders start, they do look like normal parts of dieting in many cases. That is certainly the case when it comes to adolescent girls in studies. Many have simply wanted to lose weight and have turned to the early elements of eating disorders to make it happen.

Some girls will fast for long period, or they will force themselves to vomit. They don’t think that there is a problem and that they’re just dieting to lose weight.

As those with eating disorders continue, they start to lose control. They don’t know when to stop, and they struggle with the mental illness side. At the same time, they think that they’re still just dieting.

Well, the early signs are not just normal part of dieting. A healthy diet will consist of losing weight slowly by getting enough nutrients to support the body. For those with eating disorders, it’s not about losing weight healthily and supporting the body but about getting to that one goal of being a smaller dress size.

Some dieting is normal for healthy people. These individuals know when to stop and how to maintain a healthy weight afterward. They follow healthy plans and partake in a regular and recommended exercise program. They will follow advice from the creators of the exercise plan. Those with eating disorders don’t do this.

And some with eating disorders won’t lose weight. Remember that there are some who think they are too skinny. The focus is on gaining weight, even if they are already at a healthy weight or overweight.

Myth #4: It’s Just a Phase or for Attention 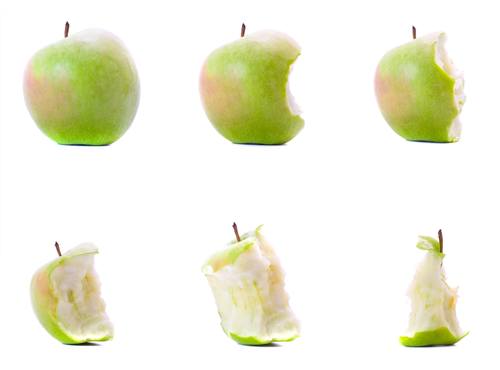 Many of the myths come from a time when mental illness was something to brush under the carpet. It wasn’t a real thing, and those with serious mental illnesses were stigmatized. Some people were given lobotomies or went through shock therapies to “get rid of the problem.”

When it came to issues like eating disorders, they were viewed as a phase. It’s worth pointing out that most sufferers are adolescent girls. This is due to the focus on weight, looks, and the food they eat. Girls would go through a phase of eating little so that they would be like their friends, and it was expected that they would “grow out of it.”

If it weren’t viewed as a phase, it would be viewed as attention seeking. After all, eating so little would attract the attention of their parents. It would pull the topic from other events onto why the personal wasn’t eating enough, was binging on food, or was constantly throwing up. There wasn’t a focus on getting help but on finding reasons for it happening.

While we’re on this topic, the eating disorders are not individuals being picky. It will be tricky to help them while they go through treatments, but they’re not choosing to make life hard for you. They need help with this serious illness.

Neither of these is the case with eating disorders. This stems back to the idea that this is just a lifestyle choice. Nobody chooses to stick to a dangerous diet. They’re not doing this so you will look at them or because they’re going through a phase in their life.

Anybody can suffer from an eating disorder. Young females are more common, but absolutely anybody can suffer at some point in their life. And they all need the same type of help. They are all suffering from the same mental illness.

You may find that someone with an eating disorder doesn’t make it clear at first—taking out the attention seeking argument from the equation. People with eating disorders hide what they’re doing. They will hide wrappers in their bedroom or make it look like they’re eating plenty. You may not realize until they start losing or gaining large amounts of weight in a short space of time. 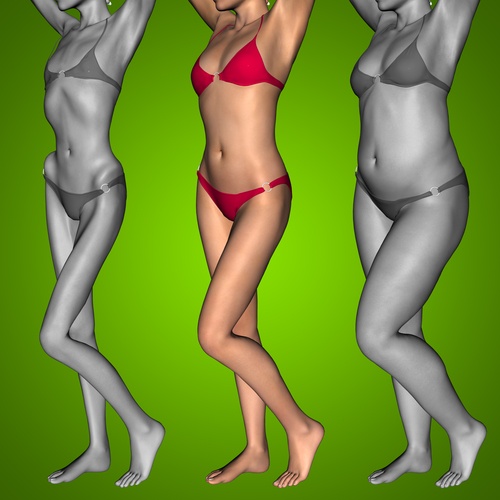 From reading this, you should know that this myth isn’t true. The problem with this is that most stories you hear do involve young white females. In fact, the studies you read will mostly be about pre-teen or teenage females from white families. There are a few studies or TV shows that have focused on others, but these are the exceptions and not the norm.

It’s time to get this myth out of your head right now. Like with any other illness—mental or physical—this can affect absolutely anyone. Illnesses don’t discriminate.

Most people will be young, white females. Young people are the most impressionable. They’re still learning about the way of the world, and they are more likely to give into peer pressure. They are also the ones most likely to be bullied, which can lead to the need to get more control in their life.

White females also tend to be the most impressionable when it comes to weight and food. The media and others push on ideals on body shape and weight. These young females believe that they need to look like the stick-thin models they see or the way that people on TV look. They don’t realize that magazine images are Photoshopped or cleverly taken to miss out the real figures.

That doesn’t stop others from being affected. In fact, some studies show that 25% of anorexia sufferers are male and 40% of binge eaters or bulimia are likely to be male. These facts can be surprising, considering that there is a view that men should have more muscles. Remember that myth about eating disorders being connected to weight. This isn’t always the case!

Those who take part in sports, have other mental illnesses, or have high-stress lifestyles are more likely to suffer from eating disorders. They want to get the control back in their life, and the easiest way to do that is through the food they eat and the calories they take in.

Myth #6: The Families/Parents are to Blame 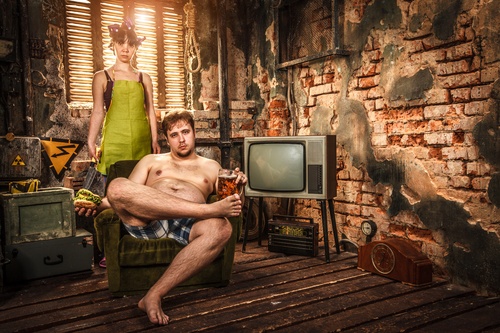 This myth does have some truth in it but not in the way that you would initially think. We’ll get into the truth in a minute, but let’s focus on the reasoning behind the myth first.

Stricter lifestyles can lead to children wanting to lash out. They are more likely to binge later in life because they didn’t get to do it when they were younger. Those who were belittled by their parents or had other pressures placed upon them may turn to anorexia to control their food and their calories.

But it’s not actually the parental methods. In fact, many sufferers will have supportive families. They came from positive backgrounds and had very little stress put upon them. At no point did their families contribute to their eating disorders.

So how do the parents connect? Well, this is in the case of the treatment. Those with eating disorders need support. It’s like those who suffer from substance or alcohol abuse and those with depression or anxiety. People with mental illnesses need to know that there are others on their side. In fact, the support from family members and close friends is crucial in overcoming the debilitating mental illnesses.

It’s no secret that family members are also affected by the eating disorders. They can feel distressed about the things that are happened, stressed over how to care for someone with an eating disorder, and guilty that they let it get so far or didn’t see the signs sooner. Some people are even scared of the daily routine, especially when it comes to food.

Understand the Myths and Learn the Truths

It’s time to distinguish between the myths and the facts. There are some truths to the myths. After all, your support could make a world of difference to the person with the eating disorder. When you are there to rally them through the treatments, they are more likely to feel like they can get through their mental illness. They see the light on the other side and know that they have someone to lean on when things get a little too hard.

Whether it’s anorexia, bulimia, or binge eating, eating disorders are not a way of life or a choice. They are serious mental illnesses that require treatment.

How to Make Your Own Healthy Sandwich In Under 5 Minutes

5 Scientific Based Methods to Overpower Your Cravings

The 13 Reasons Why You Should Stop Eating Noodles Today

What to Eat When Taking Antibiotic

Everything You Need to Know About Caffeine