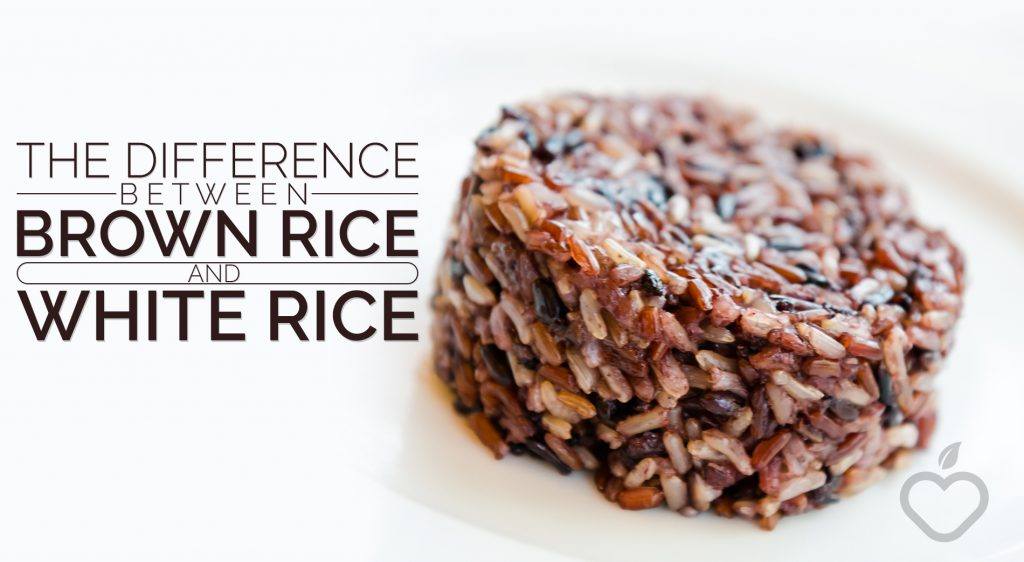 We hear a lot about eating brown rice instead of white rice. The brown variety is supposed to be better for us. It’s meant to fuel our bodies in a better way than white rice, and be something that helps to keep our blood sugar levels to a minimum.

Something that many of these tips don’t give us is why brown is so much better than white. Isn’t all pasta and rice made in the same way? Will it really make that much of a difference?

On top of that, the tips don’t tell us if there are differences in taste, texture, and cooking. Sure, they say that the two are pretty much the same, but that’s not what individuals say when they make a switch! Many do notice a difference—and not just in colour.

So, what are the differences between brown rice and white rice? Here’s all you need to know so you can make the best choice for your health and lifestyle. 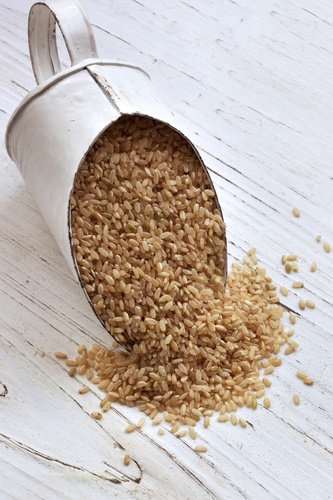 Let’s start with the calorie differences between the two types of rice. Brown rice does have fewer calories than white rice, but not by a large amount. In a cup of brown rice, you’ll get around 218 calories, while white rice has just around 242 calories in a cup. That’s a difference of 24 calories per cup full of cooked rice, which is about one portion of rice.

So, if you do want to reduce a number of calories you’re eating, it is worth having the brown rice. If you’re not really that bothered, then you can get away with the white rice in most cases.

In fact, considering the amount of rice you will likely eat in a week, the extra 24 calories won’t do that much harm if the rest of your diet is healthy and controlled. You’re not going to gain two or three pounds all because of an extra 24 calories once or twice a week!

But it’s not all about the calories. It’s about what you gain from those calories, and this is the reason why brown rice is promoted as the healthier option out of the two.

There Is More Fibre in a Cup of Brown Rice

With your 218 calories, you’ll get 4g of fibre in your brown rice. That doesn’t sound like a world of great for the diet, but it really is. That’s especially great compared to the measly 1g of fibre (if you’re lucky) that you will get from your 242 calories of white rice. Most white rice won’t even have the gramme of fibre, so you’ll be lucky if you get any.

Fibre is a necessary component in the diet. It’s the nutrient that helps support the digestive system. This is the reason you feel fuller throughout the day and doesn’t have as many stomach issues.

You may notice that you have more stomach cramps and pain when you eat white versions of pasta, rice, and bread. If you opted for the brown versions, you’d find that IBS and other digestive issues reduce in intensity. The fibre helps to keep your digestive tract working (and lined), so the food is pushed through the tract and out of the body.

More fibre also helps you consume less food throughout the day. Let’s go back to the lower number of calories in your brown rice. Chances are you will only feel the need to consume your 218 calories in a meal because the fibre makes you feel fuller. When you eat the white rice, you can feel the need to have double the portions, so you end up with 484 calories instead. Now that really will make a difference, as you consume 266 extra calories because of your white rice decision.

It’s not just your diet that you need to consider. Your health will be affected by the differences between brown rice and white rice. 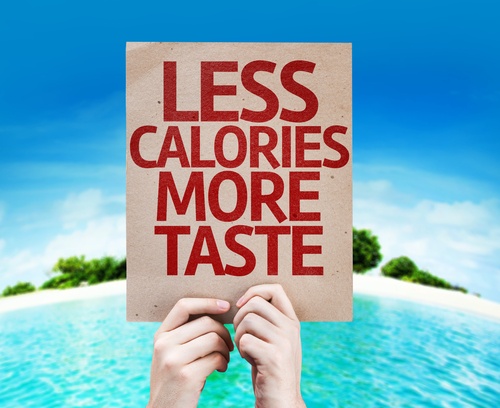 White rice has 53g of carbs in one portion. You have 46g of carbs from a portion of brown rice.

Okay, so like the calories there isn’t a major difference. You’re consuming 7g fewer carbs by eating the brown variety, but this does make a difference to your health. This is especially the case when you throw in the fibre content.

Carbs and fibre work together. You can reduce the net carbs you consume by eating more fibre. They balance each other out, so you don’t have the risk of health issues like diabetes.

Carbs sugar in the blood. They cause the blood sugar levels to rise quickly to the point where you need to release more insulin. When you have the fibre, the carbs don’t have quite the same effect. They break down slowly, so they don’t cause the sudden blood sugar spike. You don’t have as much insulin in your body and aren’t at such a high risk of developing Type II diabetes.

This is when we factor in an overall healthy diet, of course! Reducing your risk of Type II diabetes isn’t a case of just switching from white rice to brown.

Higher carb levels in white rice will also cause weight gain. When the body released the insulin, it stores your calories for later. So, those 242 calories in your one cup of white rice are now being stored elsewhere in the body for later use. Chances are your body won’t get around to using those calories, so you have 242 calories stored for no reason.

The 218 calories in the brown rice will get used. The insulin response isn’t there, so there’s no need for the body to store the calories. The metabolism burns them up, and you’re left with no extra stored somewhere else that never gets used—unless you create a calorie deficit, of course!

Overall, Brown rice is better for you because of the lower carb rate.

There are two food groups that we’ve missed off so far. Let’s look at how they differ between brown and white rice.

There’s NO Difference in Fats and Protein

It’s only the carbs and fibre that differ when it comes to the two types of rice. Both have 4.5g of protein and trace amounts of fat.

What does this mean for your diet?

Well, both aren’t exactly great when it comes to high protein diets. There’s no point having either of them since they are still high-carb foods. Protein is great for fueling the body over the space of hours, unlike carbs (especially simple carbs).

As for the fats, well, the two types of rice aren’t that beneficial either. Our bodies need fats, especially healthy fats. There are even high-fat diets that contain very few carbs because they help to create the state of ketosis to boost the fat-burning.

Of course, you still need some carbs in your diet. If you’re going to get them from rice, it doesn’t matter which one regarding protein and fat content. You’ll want to look at the other food groups and nutrients to make the best health decision.

Watch Out for the Nutrients in Your Rice 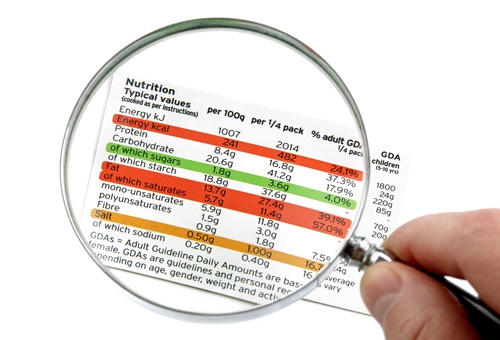 Brown and white rice both have different types of nutrients in larger amounts. Let’s look at them one by one to help us understand how the nutrients will help fuel our bodies.

White rice is a refined grain. It contains far more gluten and other additives, which can make it bad for our digestive systems. Most manufacturers will add extra vitamins and minerals to their white rice to help make them healthier for individuals. These substitutes are not better than the real thing.

So, does that mean that brown rice is instantly better? It doesn’t quite work that way.

Brown rice and white rice both have excellent sources of B vitamins. Brown rice has slightly more, but both have decent amounts for the body to use. B vitamins are necessary for the development of the nervous system and protection of the brain functions. In fact, white rice has better levels of folate, which is essential for the nervous system (especially for expectant mothers).

Despite the folate, brown rice is still the healthier option. It contains more selenium and magnesium, which are two types of minerals that we tend to be deficient in.

Neither types of rice are the best option for any vitamins and minerals. You’ll likely get these from other sources, including fruits, vegetables, and legumes.

That doesn’t mean you shouldn’t have either. Remember that your brown rice still contains fibre. And it’s worth noting that you still need some carbs, which you will get from the two types of rice.

Brown Rice Is Better on the Glycaemic Index

The glycaemic index (GI) is a table to note foods that are better for your blood sugar levels. Whether foods contain natural or refined sugar is irrelevant. The food with a high GI puts you at a higher risk of Type II diabetes and other sugar-related health problems.

Brown rice is better on a diet and is included in numerous low GI diets for some variety, especially in the maintenance programs. The GI is below 50 in a portion of brown rice, while white rice will have a GI of 89!

This does mean that white rice is technically the unhealthy option of the two. Even those who don’t suffer from diabetes will be better off with brown rice.

But it’s not all about the nutritional benefits (or lack of) from each of the two types of rice. You’ll want to know more about the cooking of the rice. Is one more versatile than the other? 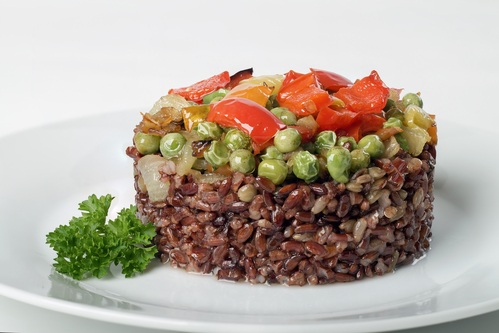 White rice wins when it comes to cooking. It takes much less time and is softer when it has been through the whole cooking process. White rice is commonly used in risottos or eaten in cold salads because it tends to be more versatile.

Even when cooked through, brown rice does tend to be more solid. This is due to the lack of refined grains added into the rice. It’s a more natural form. It tends to take an extra 10 minutes to cook compared to white rice, too.

The extra solidity of the brown rice can leave people unimpressed at first. It takes the time to accept the new taste, and you will need to spend a few weeks trying it out and testing cooking times to get it in a way that is more suitable for you.

Brown Rice or White Rice: Which Will You Choose?

Now it’s up to you. Brown rice is the healthier version of the two types overall. The differences aren’t as big as many health experts or diet fans make them seem, but those differences will depend on the amount of rice that you eat. If you can stick to one portion, the benefit is mainly of fibre compared to carbs in the two types. If you have more, then the difference in calories will soon shoot up.

Try out brown rice and see if you can take to it. Not everyone likes it since it can be harder than white rice. It takes longer to cook, and we don’t have that long to wait for it, right? Try out this organic white rice and compare it with the organic brown rice.

In the end, it is up to you. It will depend on your diet, your needs, and any health problems that you have. When on a low carb, low-calorie diet, brown rice will be something to switch to daily.