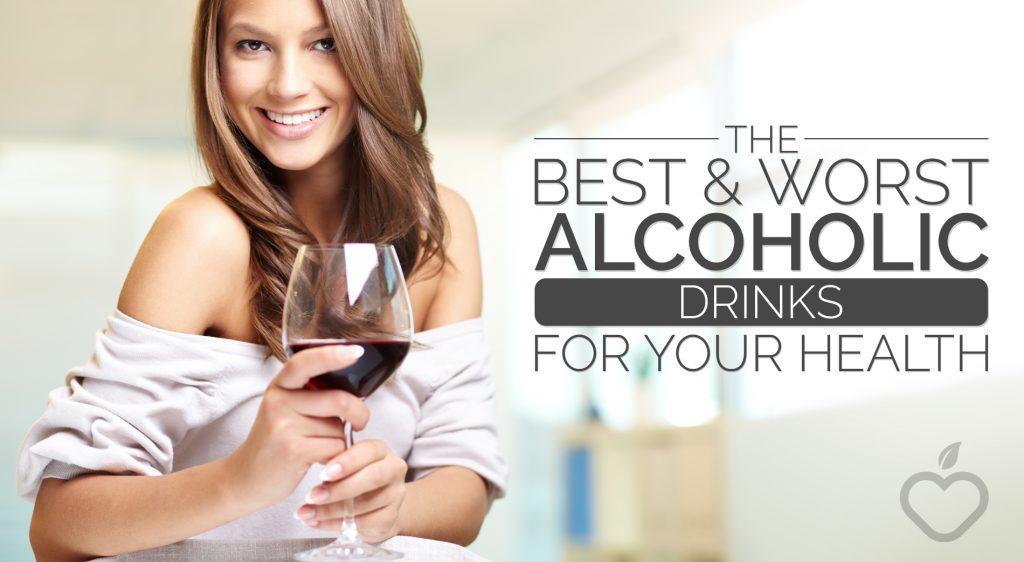 But where do you start? Does that mean you can enjoy all the strawberry daiquiris that you’d like? Maybe it means having bottles of wine in the house.

Some of this will depend on your health goals. There are certain drinks that will be okay for your overall health but not the best for your weight loss efforts. Others, meanwhile, are great for all health goals.

Here’s a look at the best and worst alcoholic drinks for your health so you can make the best decisions going forward. It’s time to make the most of your life and not sacrifice health for sociable drinks.

There’s Still the Focus on Moderation 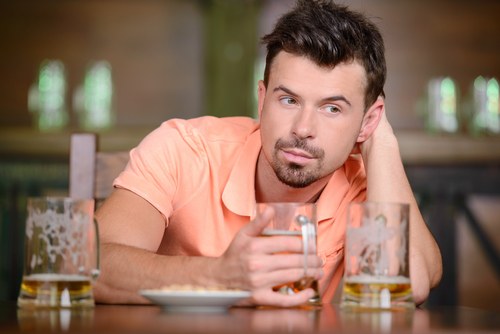 Before we get into the drinks, it’s important to remember that you need to have your drinks in moderation. Even the healthier options on the list are still bad for you in large amounts. Too much alcohol will damage your organs, make it harder to lose weight, and cause sleep problems.

It’s worth sticking to no more than a unit or two a night. And then, you don’t want to drink every single night. Limit yourself to weekends or every other day to make the most of your overall health.

And don’t forget about checking just how much of your drinks you are having. As the drinks pile up, it’s easy to lose track and not quite measure properly.

Focus on the Wine

The healthiest alcoholic drink out there is wine, especially red wine. There have been many studies that show wine can help to reduce type II diabetes, lower the risk of heart disease, and even help with weight loss. In fact, one recent study has shown that those who drink coffee, have wine, and eat cheese in moderation have a better chance of weight loss.

Why is wine so great? Well, there aren’t as many sugars in the alcohol. This is especially the case for red wine.

Wine also doesn’t have any wheat, unlike beers and lagers. They’re made from fruit—no, it won’t count as one of your five a day!—and include plenty of antioxidants.This is especially the case for red wine, but that doesn’t mean you should completely count white wine out.

White wine has fewer carbohydrates, which means slightly fewer calories in a glass. The benefit of the red, though, is that it helps to delay the fat cell growth in the body. So, drinking either one will do your health and waistline less damage than any other alcoholic drink out there.

And let’s not forget the fortified wine vermouth. This has a higher alcohol content than normal wine, so you should drink as much. However, it is much lower in calories. This European drink is full of herbs and spices, so there’s no need to add anything to it.

Switch to the Liquors

When it comes to drinking while out, why not have some of the liquors instead of your beer or wine. You can make these last longer through the use of pop or soda—but opt for the diet ones to help to keep your sugar intake down. 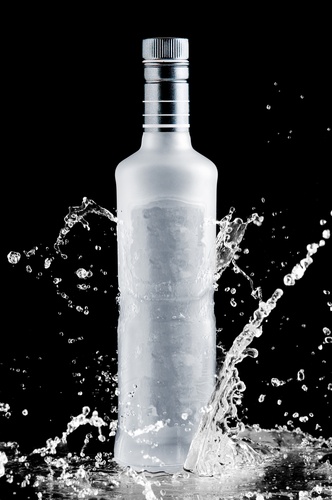 Spirits do have more alcohol in them. One shot is the equivalent of one glass of wine when it comes to units, so you need to watch the amount that you end up drinking.

The benefit is that you have a few options to choose from. Vodka is highly recommended, but scotch, rum, and whiskey tend to be other popular options. Sweeter liquors will have more calories, which means your waistline suffers a little more.

What about the rest of your health? How does that fair?

They’re not too bad for the rest of the health, as long as they’re drank in moderation. They have fewer carbs than most of your other drinks and fewer sugars. You’ll also find that they take longer to consume, so you naturally drink less. There’s more of taste, and you tend to get the burn of the alcohol much easier than with other drinks, feeling like you’ve had something!

Tequila is another option, but do avoid the shots. When enjoyed in a glass, tequila can be a slow drink because of the taste. It has no carbohydrates at all. Do watch out for the alcohol content, though. This tends to be higher than some of the other liquors out there.

If you are going to have diet drinks with your liquors, do try to avoid too many of them. This is especially the case when they involve aspartame. This is a highly controversial sweetener in the majority of diet drinks and has links to cancer and dementia. The best thing you can do is drink your spirits straight with ice or enjoy them with some soda water or seltzer.

There used to be a tagline to Guinness, stating that it was good for you. Of course, this tagline has had to be removed, but there is some truth to the statement. 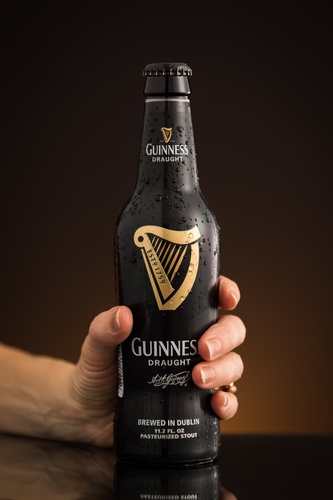 It’s certainly better for you than some of the later options on this list. If you have low iron levels, people may have jokingly told you to have a pint of Guinness and if you’re hungry someone may have suggested it for a liquid lunch.

Guinness has fewer calories than many other beers but is full of antioxidants and some nutrients. Yes, it does contain some iron, and it also helps the body in the same way as wine. There have also been studies that show a small amount of Guinness can help to reduce your blood clots or problems with the arteries.

The downside is that Guinness can leave you feeling bloated. There is also a higher amount of wheat in it compared to the likes of wine, which could cause some digestive issues and discomfort.

Watch Out for the Beer 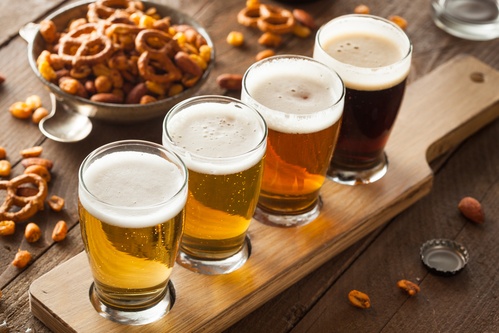 Beer is one of the most popular options when it comes to drinking, but it’s time to limit it. Not only is this bad for your waistline, but it’s going to be bad for your health.

Let’s start with the wheat. This ingredient is used to help with the fermentation process. The most beer you drink, the more upset your gut can get. Excess wheat can lead to bloating, digestive issues, and pain. If you are intolerant to wheat, you’ll find that you have far more stomach issues than the average person. Wheat can lead to bloating in anyone, and that’s made even worse when you consider the gassy nature of beers and lagers.

There are also far more calories in beer than any of the alcoholic drinks mentioned above. So, if you drink more of this, you will end up gaining weight instead of losing it!

But what about the light beers? These are better than your normal beers. They have fewer calories without sacrificing the taste. Don’t use the “light” excuse for drinking more. If you over-consume, you will still have the same problems as drinking the normal beer.

One of the benefits is that you drink less alcohol when you have a beer, especially compared to the likes of spirits. You won’t do as much damage to your liver when you drink one pint, which is about the same as two shots of hard liquor.

More good news is that the studies that showed drinking wine could help you lose weight also showed that drinking some beer had the same positive effect. The trick is to find a balance. One bottle or a pint of beer now and then isn’t going to be too bad for you. It’s when you start drinking more each and every day. Check out more info on best low carb beer for diabetics here 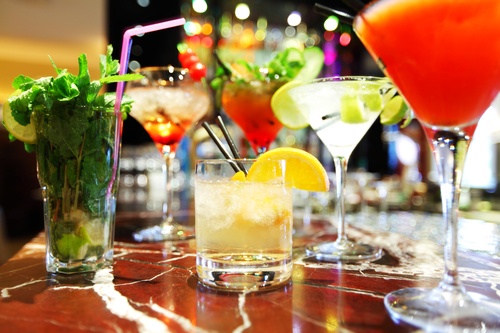 If you’re a cocktail drinker, it’s time to think again about your options. Sure, one cocktail a year probably won’t do your body too much harm, but when you have cocktail after cocktail on a night out you’re just asking for trouble.

These drinks aren’t just full of alcohol but also full of sugars. They include a ridiculous amount of sugar, in fact, because of all those fruit juices. You’re not just affecting your waistline, but your overall health. By getting more sugar in your body, you’re increasing the chances of developing type II diabetes.

The drinks are also full of calories. Your Long Island Ice Tea has more calories than the fries from McDonald’s, and that’s saying something!

But that’s not all. The sugar isn’t able to be processed properly when you do drink it. Your body is so busy trying to process the alcohol that you’ve drunk. That means it needs to store the sugar until it can get to it later, and that means storing it as fat. The chances are that your body won’t even get around to processing the sugar, so you’ve just added more fat to it for no good reason.

You see, there’s a major issue with the amount of alcohol that is added to the cocktails. You’ve got at least two shots of different alcohol in the majority of them. All this alcohol just leads to more damage to your liver and other organs. You’re more likely to suffer memory loss and blackouts throughout the night.

You’re getting a lot of empty calories with one drink. And we can never stop at one when it comes to cocktails, can we? We need to have two, three, ten…until we’ve completely forgotten about the amount that we’ve drunk.

And let’s not forget about the cravings that we get for more. This all comes from the sugar, as you feed your body more of it.

If you are going to have cocktails, look out for the homemade options that can be made with natural sweeteners to protect your health instead.

You could also try a sangria if you want something that won’t cause too much damage or consider a mimosa. The trick is to find the cocktails that have fewer sugars in them so you can benefit from some of the nutrients and some benefits from the alcohol. 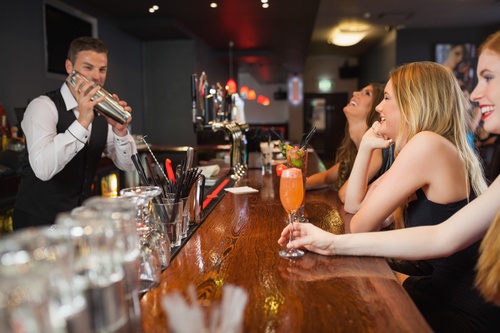 The best advice is to drink moderately. Whether you’re going to have a glass of wine or a sugar-loaded cocktail, make sure you stick to a low amount. You don’t need more than a unit a day, and you’ll want to have a few days where you drink nothing at all.

There are certainly downsides to alcohol, but some drinks are better than others. In this case, you want to look at wine, liquor, and Guinness over the likes of beer and cocktails. The better options have nutrients that help to support the body, rather than loading more carbohydrates and sugars into the system that the body needs to store while it deals with the alcohol.

And don’t forget the rules for enjoying your alcohol without sacrificing your health. Remember that you need to have a meal before you go out for a drink, and you’ll want to focus on a healthier lifestyle overall. Get your nutrients from your food and one drink now and then isn’t going to do as much damage as it would with a poor diet.

Whatever you have to drink, drinking too much of it is bad. Even too much of a good thing is bad for you! Your body needs moderation in everything that you do. Put your health first without sacrificing your fun.

9 Proven Ways to Fix Hormones That Control Your Weight – Infographic

The All-in-One Guide to Summer Diets

How to Boost Your Productivity Working From Home

5 Foods That Are Worth Spending Money on Every Week