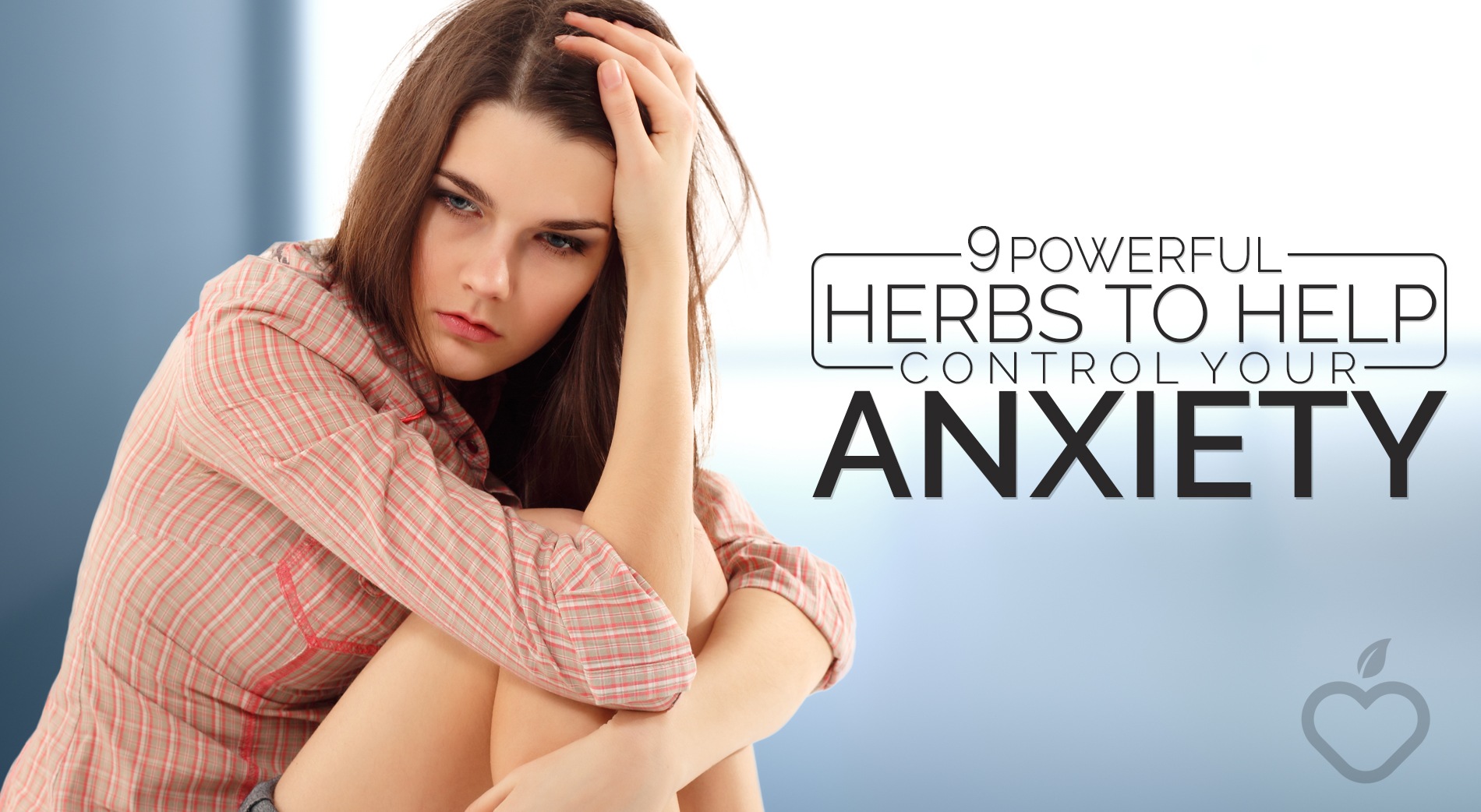 Anxiety is a huge issue nowadays, and it’s affecting more and more people all around the globe. It’s not an illness that’s easily cured and taken care of because it affects the psyche of a person. People with anxiety usually have trouble being around people, and they constantly feel anxious. It messes with their daily lives, and they have much more difficulties than any of us that don’t have anxiety. I’ve always thought that people with anxiety are very brave and that they’re fighters. It’s not easy living with something that prohibits you from doing normal activities that most people do.

Luckily, there are various ways to control anxiety. Most methods include medication and treatment which is helpful. However, if you’re not able to receive treatment for whatever reason, you’ll need to fight anxiety on your own. Most of these herbs have been proven to have an amazing effect in dealing with anxiety. Even though you might think that herbs aren’t as effective as meds – they are. Some are even more effective, but it’s best if you try to get proper treatment. Otherwise, take a look at this list and educate yourself on the effectiveness of these herbs! 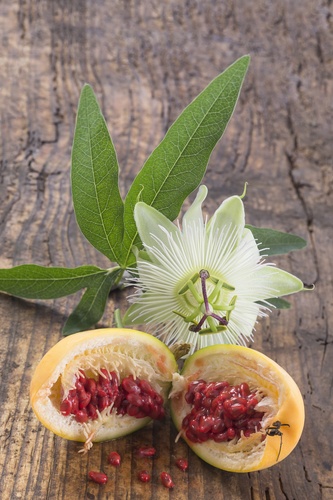 Passionflower is a plant which was discovered by Spanish explorers in Peru. This happened a long time ago but thanks to them, we now have access to its healing properties. Passion fruit’s above ground parts are used in making medicine. Passionflower is great for people who suffer from insomnia and sleep deprivation, gastrointestinal issues which are connected to nervousness or anxiety, GAD (Generalized Anxiety Disorder). It’s also effective in dealing with narcotic drug withdrawal. Other Passionflower uses include fighting:

Well, okay, Magnesium isn’t a plant. But it is one of the most vital components in our bodies! Without sufficient amounts of Magnesium, our brain cannot function properly and the efficiency drops. Today’s diets don’t contain enough Magnesium simply because the soil can get depleted and Magnesium can get washed away during municipal treatment. Magnesium is much more important to the body than to the brain, but it does have a big influence on the brain as well. Namely, there have been numerous studies linked to Magnesium deficiency and brain performance, and it’s been proven that a lack of Magnesium does have an impact on the brain. And if the brain doesn’t work well, neither do you. For this reason and a few others, Magnesium can be pretty helpful in dealing with anxiety. Simply increase the amount of Magnesium intake by eating food which is rich in Magnesium, and you’re well on your way to fighting anxiety. It might take time until you see the effects, but patience is a virtue! 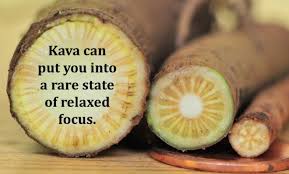 I’ve recently watched a video about Fiji, and they mentioned Kava Kava as a common drink in the country. Unusual timing! Anyway, let’s get back to the matter at hand. Kava, more commonly known as Kava Kava, has been used in the Pacific Island nations and cultures for centuries. Several studies have shown that Kava has the same effect on the brain as anti-anxiety medication and antidepressants. Kava can be taken in liquid form (mainly teas and drinks), pills, powder form, and tinctures. In short, Kava can relax the user and weaken the effects of anxiety and other illnesses such as depression, insomnia, etc. In the end, it might be difficult to find Kava if you’re not in a country that imports it, but we recommend you try as hard as you can to find it because it’s very helpful! 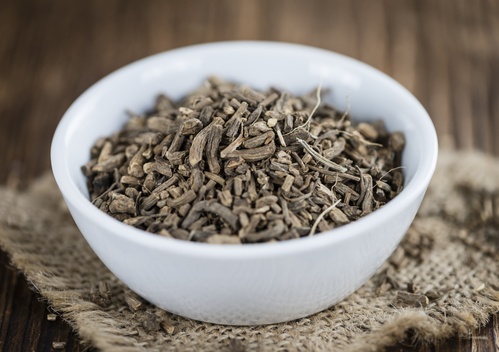 Valerian is interesting because there have been conflicting studies about the effectiveness of this herb in dealing with anxiety. Some people have said that they have felt a difference and that Valerian has helped them, while others have said that it’s useless. We cannot be sure which statement is valid so you could give Valerian a shot and hope that it works.

Valerian medicine is made from the root, and it’s most commonly used to treat sleep deprivation and insomnia. If you’re suffering from such illnesses, Valerian is perfect for you. There have even been cases where people were using Valerian to replace their sleeping pills because they wanted a more natural approach to dealing with their illness. Whatever the case may be, Valerian can be potentially helpful in addressing anxiety and almost certainly useful when dealing with sleep deprivation. 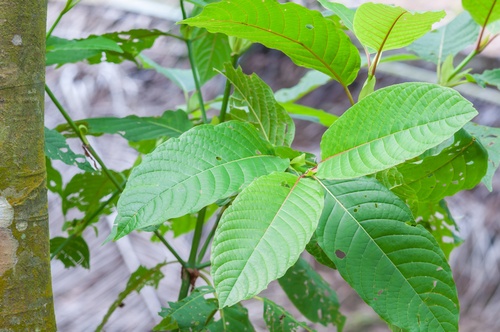 Teas are a great way to boost your immune system, fight illnesses, hydrate yourself, and achieve many other effects. Teas have been used for thousands of years which are testament enough of its quality and effectiveness. All of the herbs we mentioned above this subheading can be made into a tea and drank. Other honorary mentions are Chamomile tea, Peppermint tea, Kratom tea, etc. Speaking of Kratom tea, we’d like to expand a bit on that subject.

Kratom tea is highly effective in dealing with several illnesses such as anxiety, sleep disorders, depression, etc. Kratom itself is great in dealing with these diseases but if you don’t want to take pills or mix the powder in juice, making tea is a great alternative. Depending on the strain and dosage, different effects can occur so research a bit on that subject to be sure what type of effect you want to achieve! 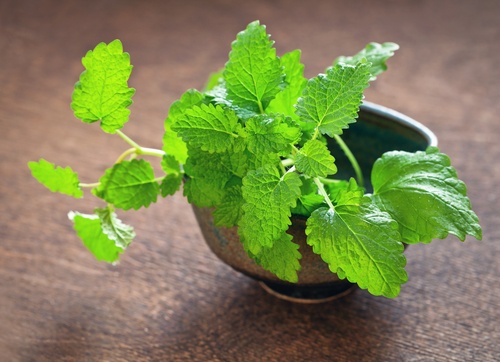 Lemon Balm belongs to the mint family of herbs. Medicine is made from the leaves which have a nice and refreshing lemon aroma. Lemon balm is used as medicine for a lot of illnesses, but not all diseases can be affected by lemon balm. Unfortunately, there isn’t enough evidence to support the effectiveness of lemon balm regarding many health issues. On the other hand, it’s great in dealing with the following issues:

– Anxiety – Research has shown that Lemon balm does have great anxiety-reducing effects and that it’s pretty helpful.

– Dementia – Dementia is a terrible illness. My grandmother suffers from Dementia, and it’s simply soul-crushing… Watching your loved ones get lost inside their minds is something that no one should experience. Anyway, Lemon balm has been proven to help with some issues regarding dementia by reducing agitation. Unfortunately, it can only do so much.

– Insomnia – Taking Lemon balm can significantly increase your chances of falling asleep and having a high-quality sleep throughout the night.

Chamomile is probably the most well-known and popular herb on this list and deservedly so. As we mentioned before, Chamomile is most often consumed in tea form. Chamomile can fight depression and anxiety and can even cause high levels of relaxation (which we desperately need nowadays). A recent study concluded that Chamomile relaxes blood vessels and smooths muscle fibers. A second study proved that Chamomile helped people going through surgery by reducing their anxiety levels and improving their sleep. It’s no surprise that Chamomile is so popular and used around the world because it truly is a herb that can do almost everything! 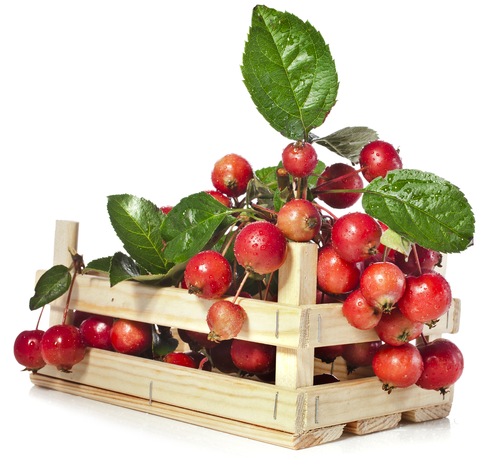 This herb has been used in India for millennia. The name Ashwagandha translates to “Smell of a horse”. There’s belief that the herb causes horse-like vitality and strength. A much closer explanation about the name is that it does have a similar smell to a horse’s smell. In any way, we’re not here to discuss the smell of the plant! Currently, evidence about the effectiveness of Ashwagandha on anxiety is based on animal studies and history. However, people have started conducting studies about it, and there have already been several preliminary results proving that Ashwagandha is very helpful in dealing with Anxiety. It also reduces stress and causes relaxation. It can’t hurt to try it, so we recommend giving Ashwagandha a shot!

Lavender is an herb that smells great! It’s also used to make medicine. Lavender is usually used to treat insomnia, depression, restlessness, nervousness, etc. and it can also be used to help with digestive issues. There isn’t sufficient scientific evidence that lavender helps with anxiety. However, people have reported that it was quite useful. On the other hand, it does provide people with a lot of positive effects, and it’s used in fighting many illnesses. In the end, it’s not useless and it shouldn’t be treated like that. You could try and get some lavender oil to help with anxiety. If it doesn’t work, it will still provide you with many benefits, so you won’t end up losing out in any way or form.

These are just some herbs that fight anxiety and similar illnesses, and there are much more out there. It’s a good idea to check out even more herbs, so you have a wide variety of herbal remedies. All in all, anxiety can be treated – all you need to do is search, and you will find!

Best Toaster Oven Reviews (Everything You Need to Know)

12 Proven Benefits of Dark Chocolate (No. 8 is Best)

12 Superfoods To Feed Your Teens

A Guide for a Speedy Recovery After Surgery