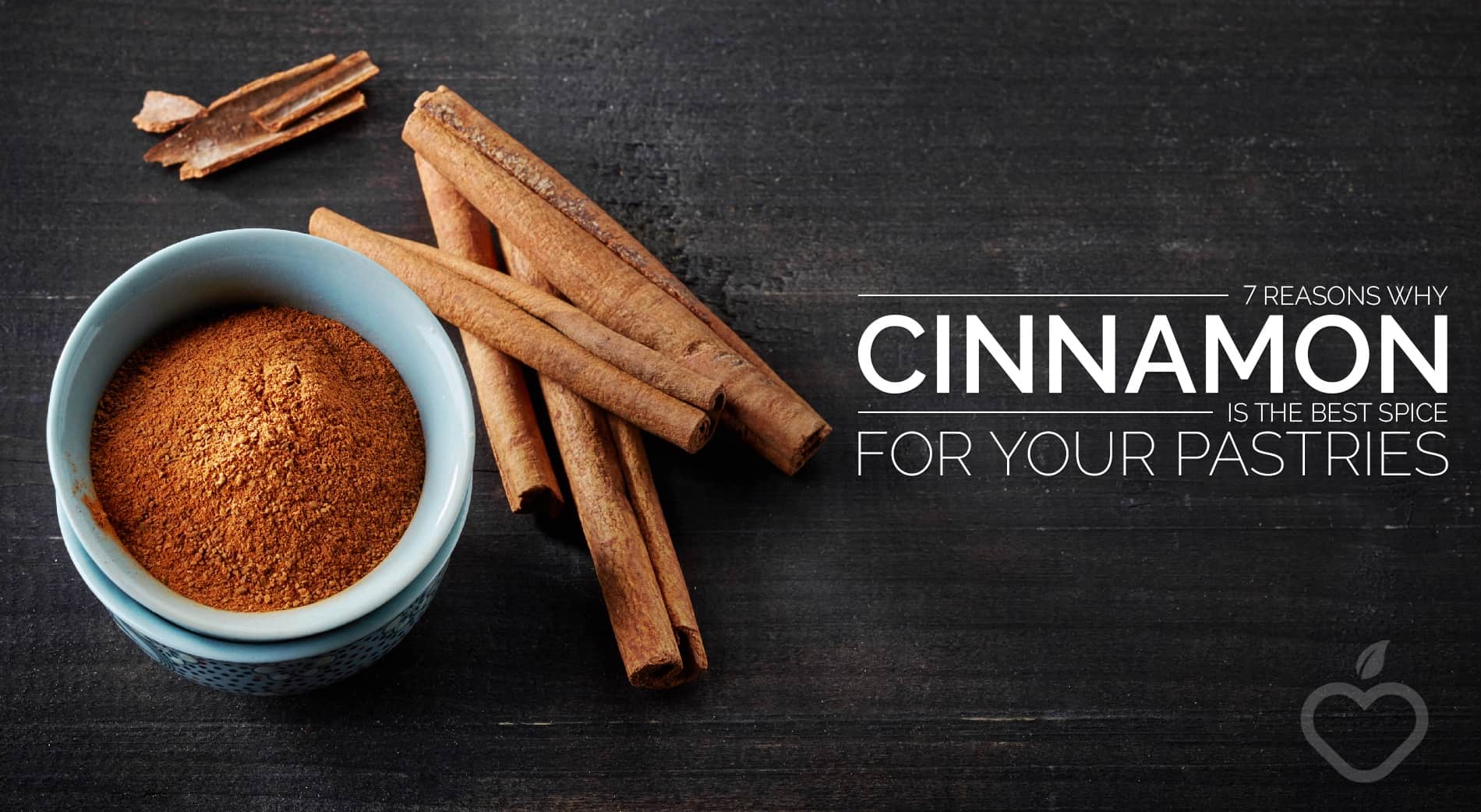 When you create pastries, you want to add something new and exciting to them. Most people turn to herbs and spices to add a little extra zing to their dishes. Cinnamon is one of the best options to choose. It’s a powerful spice that does more than just add flavor. It also adds plenty of health benefits for those eating your pastries.

Not sure if this is the right one for your dishes? Here’s why you need to add it to your pastries right now.

It’s Used Medicinally Around the World 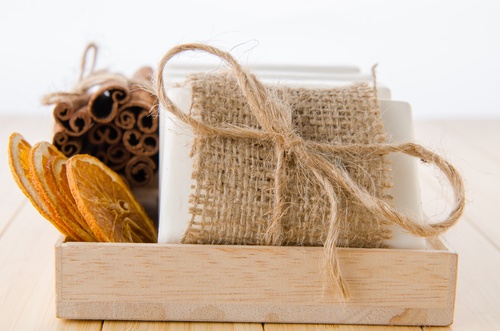 Let’s get the health benefits out of the way first. Cinnamon is one of the most widely used spices around the world for medicinal purposes. It’s been used for centuries to treat all types of ailments and remains a daily used option. Not only does it treat the ailments, but it leaves patients feeling warm and satisfied, increasing the chance of them getting better.

But aren’t many herbs and spices used medicinally? Well, yes, but cinnamon is the one that ranks at the top for the number of antioxidants it has. Antioxidants help in a variety of ways, although are mostly connected to the prevention of cancer.

Antioxidants certainly help to fight against free radicals in the body, but they do more than prevent cancer. They can also prevent signs of aging. Free radicals lead to dark spots, damaged collagen, and more. The antioxidants work on getting rid of the reasons for these blemishes and elasticity issues, eliminating them and the side effects they cause.

It’s not just the antioxidants that help to improve the health of patients. Cinnamon is also full of other phenolic compounds, which help to reduce inflammation within the body. Inflammation causes pain and disrupts the hormones. It can lead to impaired cognitive functions, suppressed immune systems, and chronic pain throughout the body. Getting rid of it is essential.

So, if you’re only going to choose one reason to add cinnamon to your pastries, this is the reason you want to pay attention to. Cinnamon is the best herbal remedy in the world.

Helps to Fight Against Diabetes 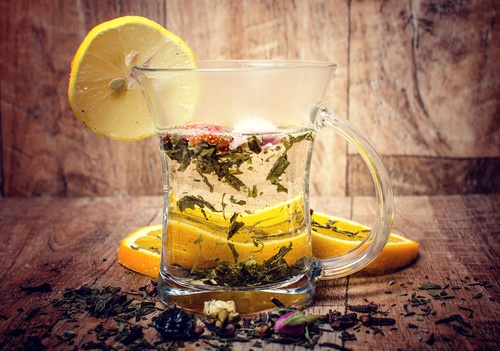 If you have diabetes, there are high chances that you’ll be avoiding a lot of sweet foods. You need to avoid refined sugars that offer absolutely no benefit to the health. This can mean a lot of pastries are off limits. Well, cinnamon can make an excellent sugar replacement, making your pastries healthier than ever.

On top of this, cinnamon is excellent for fighting against diabetes. It naturally lowers the glucose levels in the body, making your body react to lower levels of insulin within the body. In other words, it can help to prevent insulin resistance within the body.

Insulin is required to help keep the blood sugar levels to a normal and healthy state. When your blood sugar levels increase, your pancreas will release insulin to tackle it. Over time, your body gets used to the levels of insulin within the body, so more is needed to tackle the same levels of blood sugar. This cycle continues if you allow it to, leading to a state where your body no longer reacts to the insulin. The glucose levels remain dangerously high.

But it doesn’t just help the body react to the insulin. Cinnamon prevents alanines from getting around the body. These are enzymes that allow the blood to absorb the sugar within the body. So, you’re preventing the amount of sugar getting into your bloodstream, so your body doesn’t have to release as much insulin. This is beneficial for all people but highly beneficial for those with Type II diabetes.

Those who have been diagnosed as prediabetic will also have the benefit of lowered cholesterol levels. Cinnamon can help to keep your bad cholesterol levels to a minimum while combating the risk of heart disease. Both of these conditions can make you more likely to develop diabetes!

Even if you haven’t been diagnosed with diabetes or prediabetes, you will want to take advantage of this anti-diabetic benefit. As we get older, our insulin resistance becomes stronger. Our bodies naturally find it harder to fight against the blood sugar levels. You’ll find that having something that helps to limit the blood sugar naturally will help your health in the long term. 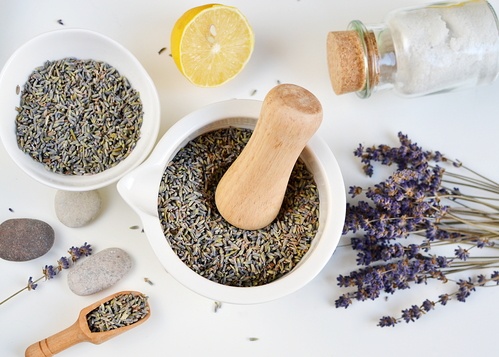 Adding cinnamon to your pastries will also help to add a freshness to your breath. It’s not often that food can do this.

The link to this is due to the bacteria that causes bad breath. This is the same bacteria that leads to tooth decay and gum disease. If you add more cinnamon to your meals, you’ll find that infections and dental issues are less likely to occur.

This benefit comes from cinnamon essential oil. It’s highly potent regarding its antibacterial benefits. In fact, it’s proven to be far more effective than antibacterial mouthwash for combating bad breath and dental issues.

Cinnamon is now commonly added to chewing gums to help freshen breath. You can get the benefits through adding it to your pastries. Everyone who eats your pies will gain dental health benefits.

It’s not just mouthed bacteria that are killed off thanks to the cinnamon. Cinnamon can help to get rid of bad bacteria in the gut. The growth of bad bacteria can lead to a fungus called Candida. Candida is one of the main reasons people suffer from urinary tract and vaginal infections. Thrush is one of the most common due to the growth of the fungus. It can also lead to autoimmune problems and digestive complaints.

Adding it to your pastries will help to get the cinnamon directly into your gut. You’ll be able to take advantage of the antibacterial and antifungal properties. 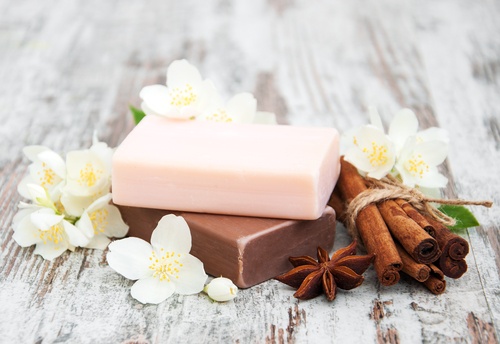 Getting more cinnamon into your diet will also help to improve the look and feel of your skin. Remember that as your digestive system is supported, your body can take in more of the nutrients. One of those essential nutrients for the skin is vitamin E. The cinnamon also has plenty of antioxidants that will help to get rid of aging. Your skin won’t have as many blemishes and dark spots.

There are also the antibacterial benefits that will help to protect the skin. Your body won’t need to work as hard to get rid of the irritation and acne-causing bacteria from the body. Inflammation and redness will be a thing of the past. Adding cinnamon and honey to your pastries will certainly help with this.

You don’t just need to add cinnamon to your pastries for this benefit. Add it to honey and apply topically to get rid of your acne.

Cinnamon can also replace sugar, which will help to get rid of acne. While sugar doesn’t have a direct cause for acne, it does contribute. The unnatural sugars will cause spikes in the blood sugar and lead to Candida growth. The hormones are thrown out of sync, meaning your natural oil production is affected.

By getting rid of the refined sugars and replacing for something natural, you can improve the skin considerably. 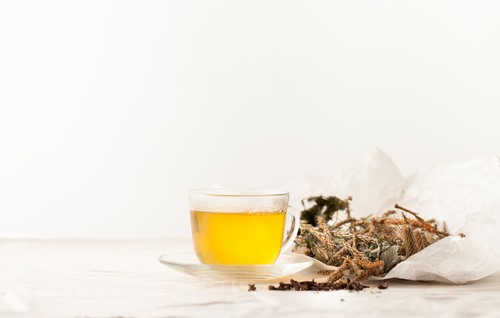 Remember that the cinnamon in your pastries will help to get rid of the inflammation within your body. Inflammation is one of the biggest reasons for allergic reactions. It’s an immune response, as the immune system believes that whatever you’re eating or holding is dangerous for your body. When you add more cinnamon, you get rid of the inflammation and fight against the growth of histamines (the creations by the immune system) within the body.

Cinnamon will help to fight against all types of allergies, including asthma. It will help to reduce the inflammation within the bronchial tubes, getting rid of mucus and making it much easier to breathe.

When added to pastries, the cinnamon will get into the digestive system. This is where a lot of inflammation and allergies start, as around 80% of the immune system is housed here. You can reduce the autoimmune reactions and disorders and bring an end to some complaints. 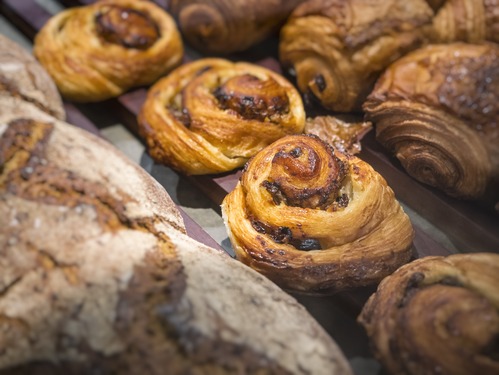 Quite honestly, one of the biggest reasons to add cinnamon to your pastries is to make them naturally sweet. It’s one of the best ingredients for sweetening food naturally, meaning you can completely avoid all refined sugars.

We’ve already touched on this briefly. Refined sugars are the reason for so many health complaints. They’re the reason a lot of people avoid all types of pastries, with the view that they’re bad. It’s just about the type of ingredients you add in. When using the right ingredients, like cinnamon, in moderation pastries can be very good for you.

Getting rid of the sugar will help to lower the glycaemic load within the pastry. This means your body doesn’t convert the food to glucose immediately, which needs to be countered with insulin. You get the anti-diabetic effect that we discussed above.

Getting rid of the glycaemic load doesn’t just help to avoid and repair diabetes. It helps to improve weight loss efforts. When the body must deal with the blood sugar, it will store the other calories elsewhere. These calories end up not being used, so you’re left storing fat without realizing. By eating more low GI foods, you don’t get the same insulin response, so you don’t have the stored calories. The metabolism uses everything effectively.

All of this is done without the need of losing taste. Your pastries will have far more flavor to them than ever before. You can handle your sugar cravings naturally and healthily. At the same time, you offer a range of other benefits to your body.

Yes, there are sweeteners that you can use to get rid of the sugars, but it’s unclear exactly what they do in the long term. The major reason for cinnamon is that it’s naturally sweet.

Your Pastries Can Be Better Preserved 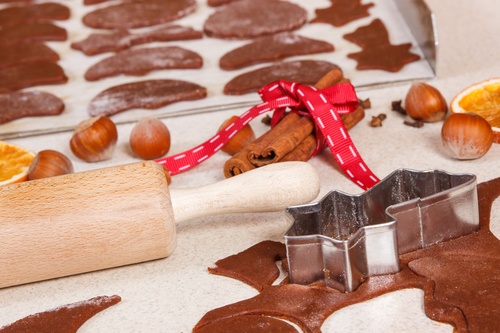 One overlooked benefit is the way that cinnamon is used as a preservative. Because of the antibacterial properties, cinnamon can help to prevent mold growth. Food doesn’t go off as quickly because the bacteria can’t grow and take over.

There’s no need to add other chemicals to food to get this benefit. You don’t have to sacrifice your health for the sake of making your pastries last longer than initially expected. Nor do you need to add artificial ingredients that are currently unknown in their full effects.

The cinnamon will also help to avoid discoloration. Fruits and vegetables tend to turn brown from oxidization, but that won’t happen when cinnamon is used. Not only do your pastries last longer, but they look better for longer.

Will You Add Cinnamon Next Time?

There are just so many benefits to cinnamon. The antibacterial benefits offer a range of ways that you will gain regarding health. In fact, the benefits aren’t just linked to your health. Your pastries will last far longer. Of course, you just must hope that everyone in your home doesn’t eat the full dish within minutes!

This is one of those ingredients that is suitable for all diets. Of course, if you’re on a very strict one, you will want to discuss it with your doctor. However, it makes an excellent substitute for sugar in most recipes, including pastries.

One of the best things about cinnamon is that it will work with most of your pie fillings. It’s especially good with apple, pumpkin, and cherry.

9 Tasty Breakfast To Kickstart Your Morning