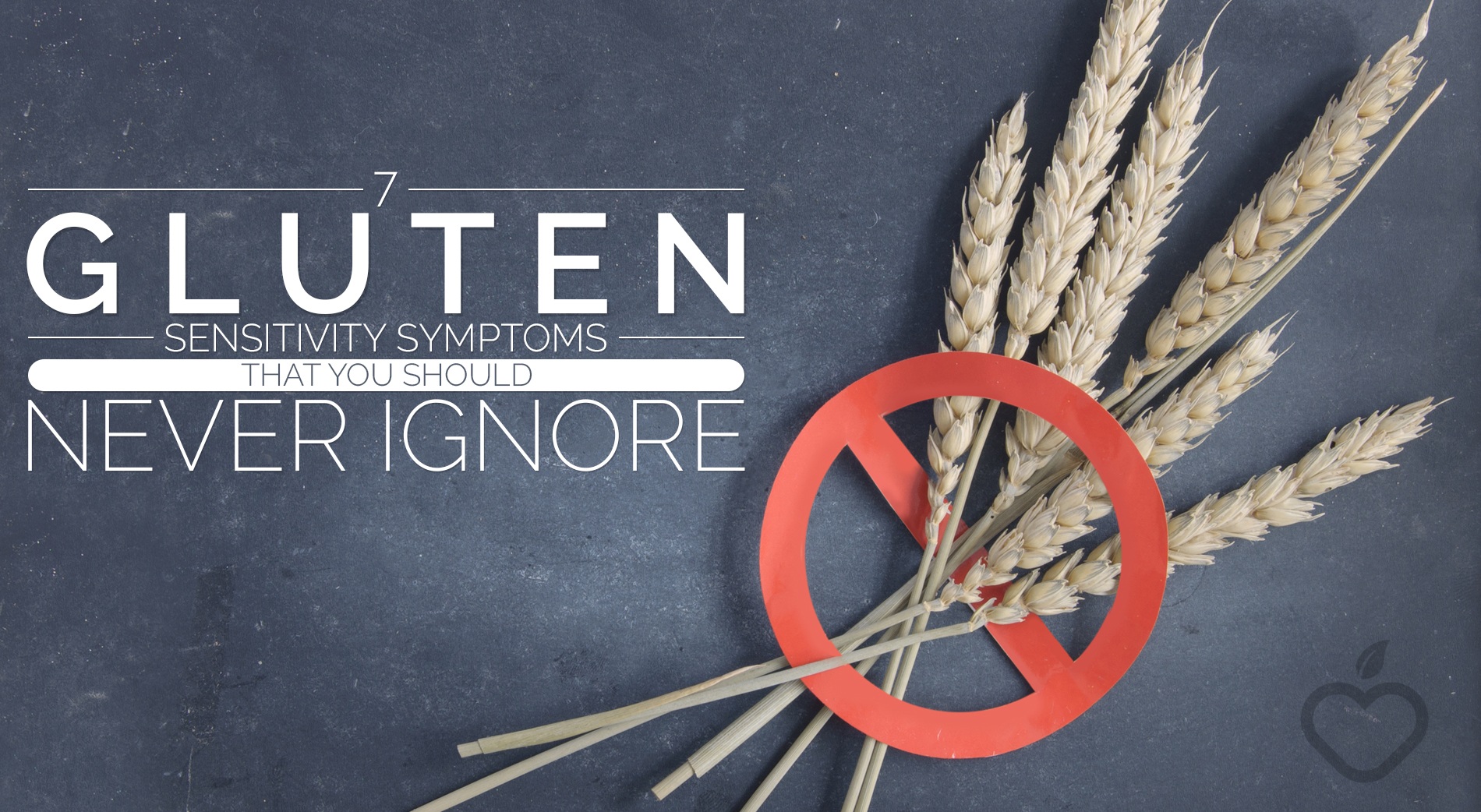 Gluten sensitivity and intolerance are far more common than you would initially believe. You may have a sensitivity, without realizing at first. That’s because some of the symptoms are commonly overlooked.

This isn’t an allergy or a disease. Having a sensitivity issue to an ingredient in thefood is normal. It can range from mild to severe. Gluten sensitivity has symptoms that you wouldn’t initially link to the condition. It’s not all about what’s going on in your gut.

Make sure you look after yourself. Here are seven sensitivity symptoms that you should never ignore. 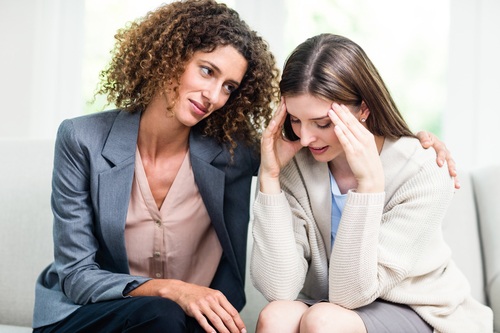 One of the most dangerous symptoms of having a gluten sensitivity is the mental health effects. Depression and anxiety are the most common mental health problems associated with issues with gluten. Researchers have proven a link, so it’s no longer a case of it “all being in your head.”

Let’s look at this carefully. A gluten sensitivity is more than just an upset tummy now and then. Whenever you eat the ingredient, your digestive system must work in ways that it shouldn’t. You end up with an immune system and a digestive system that is working completely against you.

Your hormones are completely thrown off balance when you put up with the condition. Stress levels increase, and this influences your whole wellbeing and mental health. Dark thoughts seep in, as you struggle to sleep, find yourself far more irritable than usual, and see a dip in your energy levels.

Annoyingly depression has all the same symptoms. You’re making your condition worse by ignoring these symptoms, leading to a racing heart and anxiety problems. Researchers have found that by removing the gluten from your diet can help to get over depression and anxiety.

There is no need to feel small or silly for feeling this way. There is still a lot about the brain that researchers don’t know. They are constantly considering the way it controls our bodies and the way it’s affected by even the slightest thing in the body. If you feel depressed or anxiety is setting, you may want to look at your diet. Talk to your doctor about cutting out gluten, especially if you have these other symptoms of gluten sensitivity.

Do you sometimes feel fatigued and foggy? It’s almost like a cloud is over your brain, preventing you from seeing clearly and acting effectively. You’re drowsy and forgetful all the time.

Well, this is one of the signs of gluten intolerance. It’s known as brain fog. If you’ve been pregnant, you’ll know all about thebaby brain. It’s this but without the baby growing or the child in your house to make it seem worthwhile.

Sometimes you can just feel disconnected to the world. You find it hard to speak to friends and connect with those around you. This can often leave you feeling unfulfilled, linking us back to the depression and anxiety that gluten intolerances can cause.

It turns out that gluten sensitivity—and any sensitivity—causes inflammation in the body. The immune system views the food as a threat, so attacks it. You’ll also get a rise in antibodies from the gluten, causing inflammation in your body. When the inflammation is within the brain, the cognitive functions are affected.

This can be one of the worst symptoms. You end up feeling down, so you reach for food to solve your emotional problem. Most of the time the food you reach for will have gluten, making the inflammation worse.

You need to reach for food that works as anti-inflammatories within the body. You’ll find that the brain gets a release from the inflammation and the connectors work better.

And if the lack of clarity isn’t enough, your brain is affected by headaches! These aren’t the pop a couple of pills to get rid of headaches. You end up with migraines on a regular basis. You’re left bedridden, ill, and photosensitive until a migraine clears.

Not all migraines are linked to gluten sensitivities, but many are. Did you know there are around 10 million Americans suffering from migraines on a regular basis?

Like with lack of clarity, the migraines are linked to inflammation in the body. Of course, the increase of stress hormones doesn’t help, either.

Suffering from an Autoimmune Disease 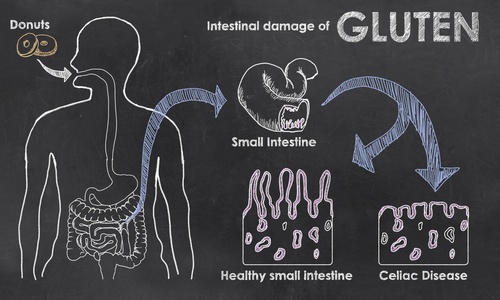 Certainly, not all autoimmune diseases are caused by gluten sensitivities, but problems with gluten can lead to some autoimmune disorders. Researchers have linked the two, which is why the paleo diet tends to be one of the most popular for dieters to follow. It cuts out all the gluten, as it cuts out any food that isn’t naturally gained.

Some of the most common disorders that researchers have linked to gluten intolerances. These include:

If you look at the list of disorders, many of them are linked to inflammation. Remember that your gluten intolerance causes inflammation in the body. This affects your nervous system, creating pain even though there shouldn’t be any. If you get rid of the gluten soon enough, you can prevent the inflammation and avoid flare-ups of your autoimmune disorder.

Note that not all autoimmune disorders are linked to gluten. There are some that are linked to other medical reasons, and your doctor will help you determine if yours could be linked to a food intolerance issue. You will also want to continue to take your medication prescribed until your doctor is happy that you’re cured.

We certainly can’t overlook the issue of constantly getting ill. Most of the time you just end up with colds—but far more than anyone else in the house. You don’t want to be anywhere near anybody who has any sign of a cold because your body just won’t cope with it.

There are studies that show gluten sensitivity can cause low immunity issues. Think is linked to reasons of one of our other sensitivities: the brain fog.

Your immune system is constantly working because of the sensitivity. There is constant inflammation in the body, meaning your body just can’t deal with anything else. Instead of fighting the illnesses that affect your health your body is fighting against gluten that it perceives as a threat. This means the cold virus can take hold of your body.

Of course, having a cold all the time does nothing for your mental health. You’re always banged up and will find it hard to sleep. You don’t feel like you have the energy to do anything with friends. This then plays a problem on your mental health.

And of course, this then links to the autoimmune disorders. Your immune system doesn’t even stand a chance to work against them.

Researchers have found that one in 600 Caucasians will suffer immunodeficiency, linked to gluten intolerance. This is the most common symptom experienced, but also the most commonly overlooked one. 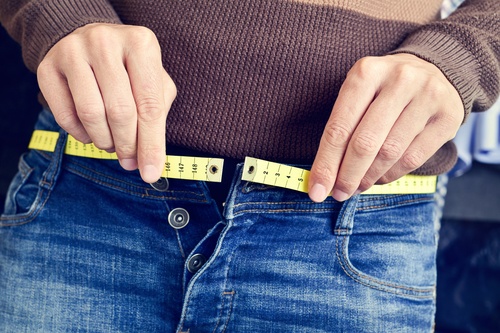 Are you losing a lot of weight quickly? Maybe you’re gaining it, but you can’t make heads-or-tails of why it’s happening. You’re sticking to a healthy diet, but you’re not maintaining your weight. It could be your gluten sensitivity that is the problem.

Many people with gluten sensitivity will find that the digestive system becomes inflamed. This causes stubborn weight gain, as your body bloats and appears heavier. You’re not gaining fat, but you are technically gaining weight. When you get rid of the inflammation, you can see your weight drop.

So why do some suffer from weight loss instead and isn’t this a good thing? Well, the weight loss continues to a dangerously low level.

At the same time, your body struggles to get all the nutrients it needs. The digestive system doesn’t absorb as many from your food, leaving you struggling in other parts of your health.

And then there’s the problem of more bad bacteria in your gut. This plays a direct problem with your diet and weight maintenance efforts.

If you want to fix your weight problems, you might want to look at the food you’re eating. Cut down on the gluten, and you may find that bloating issues completely disappear and you find it much easier to lose weight.

The good you eat can also affect your skin. It’s not necessarily the case that fatty foods cause greasy skin and acne problems. It’s the way that food reacts with your hormones that cause acne, rashes, and other skin conditions.

Gluten intolerance is one of the most common reasons for skin complaints. You may suffer from psoriasis, dermatitis herpetiformis, cystic acne, and eczema. Just by cutting out the gluten (or even cutting down) you can see a major difference.

Remember that the gluten causes your hormones to become imbalanced. You see more stress hormones in your body, which leads to more natural oil production in your skin. It’s easier for your pores to become clogged, allowing bacteria growth. All this leads to more acne.

How do you end up with rashes? Well, this is linked to the inflammation that we’ve already covered. When it occurs in your skin, you can end up with physical, visible side effects, including redness, rashes, and even painful blisters. A severe rash will include watery blisters that are extremely itchy.

Now that you have the skin condition, your mental health takes another beating. You’re depressed because you’re constantly in pain or tackling a beauty problem. It can initially seem superficial, but it’s aggravating dealing with extremely itchy skin daily. 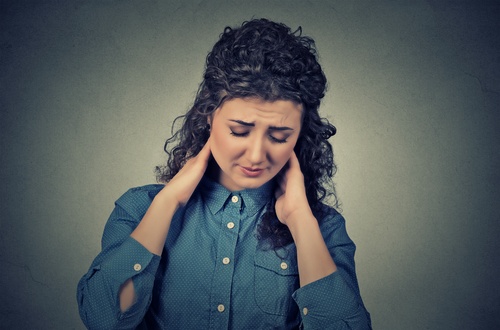 Finally, you want to talk to a doctor if you constantly have muscle fatigue and pain. Unless you’ve run a marathon and are experiencing the recovery pain or you’re recovering from the flu, you shouldn’t have muscle pain. This is a sign that your muscles are repairing from damage or your body isn’t getting the right nutrients to your muscles.

Muscle and joint pains are linked to the inflammation you experience. You get a lot of pressure on your nerves, sending signals to your brain that there’s a problem. This pain can just be now and thenand in localized places. You may overlook it, thinking that you’ve possibly just aggravated an old injury or overused your muscles now and then.

Remember that gluten intolerance is linked to rheumatoid arthritis. If you don’t get the joint and muscle pain checked early, you could find you have an autoimmune disease that you can’t reverse.

As for the fatigue, this is also linked to the inflammation. Your joints and muscles aren’t getting the nutrients they need. Your muscles can’t repair after a long day, so they react when you try to move them. In some cases, they can feel heavy and almost as if they’re not connected to your body.

Do You Have These Gluten Sensitivity Symptoms?

Don’t try to tough it out. The above seven symptoms are serious. They tend to get overlooked because they’re signs and symptoms of other conditions. They can also be something you’ve just gotten used to experiencing now, never really questioning why you suffer.

It’s time to talk to your doctor. Find out why you’re suffering and make sure you don’t have a gluten sensitivity. You may be surprised by how your health improves.

The Ultimate Guide To The Benefits Of Cauliflower