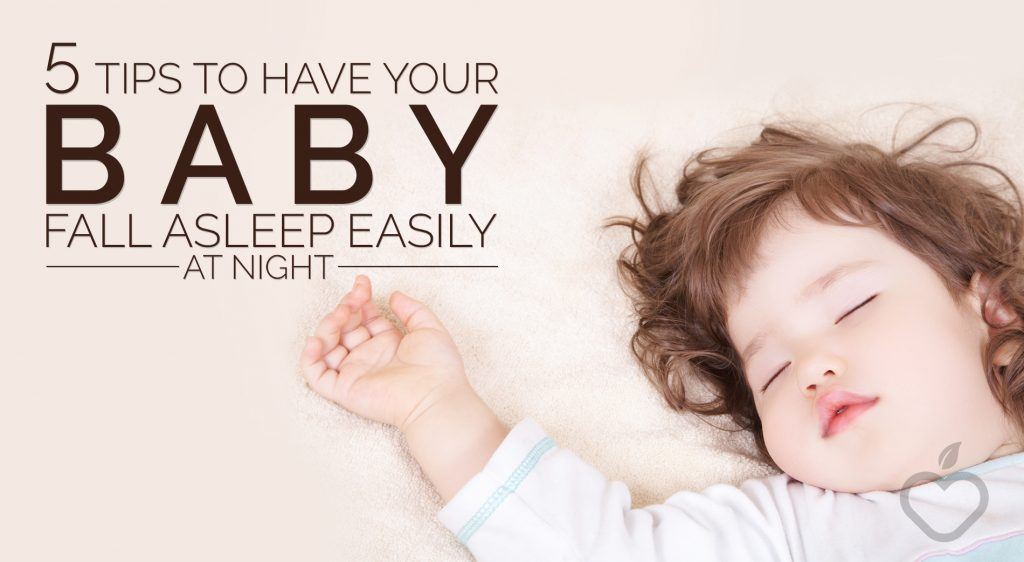 Being a parent is hard. It’s a job within itself and one that many parents find they need to do sleep deprived. But that isn’t the way it has to be.

Sure, you’ve heard all the stories about how parents don’t get any sleep at all. There are baby sleepers and social media memes that joke about how babies keep their parents up all night. However, there are parents out there who do get their babies down on a night. And those babies are able to sleep through the night.

It’s time to take a leaf out of their books. It’s time to find a way to help your little one get some rest during those night time hours. They follow the five tips I’m about to share right here to get their babies into a deep sleep effortlessly.

Do Make Sure Your Baby Is Well 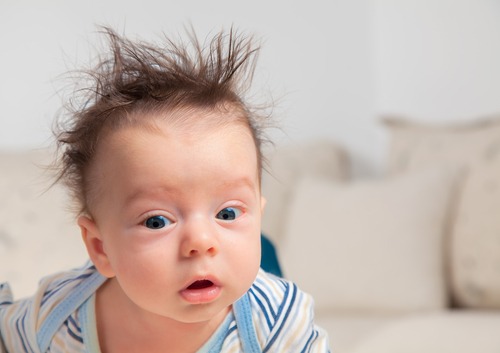 Before we start, there are going to be certain times that your baby won’t sleep through the night. You may even find it difficult to get your little one down in the first place.

When your baby is ill, they need your support and comfort. They have no way of telling you there’s a problem other than through crying. It gets tiring for you, but just keep reminding yourself that there is a good reason for the screaming, the tears, and the nights of no sleep. These nights will not happen forever.

There are also the issues of teething, gas, and even shortly after having their vaccinations. There’s a discomfort in their bodies that stop them from being able to get a good night’s sleep.

You’ll also want to make sure your baby is at the right temperature. Nobody sleeps well when they’re too hot or too cold. If your baby needs warmer PJ’s, put them on! Invest in those baby sleeping bags so they don’t get kicked off on a night and check the temperature of the room. All these little things will just make it easier for your baby to settle on a night.

Once you rule out any of these issues, you can start to work with these top tips for getting your little one down easily every night. Check out more info on how to avoid yawning here

Help With the Difference Between Night and Day 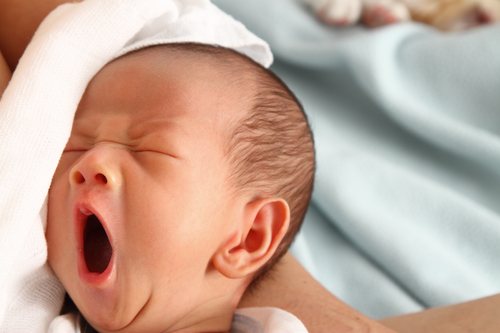 There’s no time too early to start with working on getting your baby to sleep easily on a night. In fact, the best time is during the newborn stage. This is the time that your baby starts to learn about routines and is able to take cues from you.

Your newborn is at a disadvantage right now. They don’t know about the sleeping cycles and difference between night and day. Babies spend nine months growing in a place that is always dark. The night time is normal for them. Just think what it would be like for you after months in a dark space. The daytime would feel alien.

What you need to do is help to create that schedule. Make it easier for your little one to know that there is a difference. This is important because it will help you with later stages.

Make sure you change your baby into some daytime clothes in the morning and have PJ’s for the night time. It will likely be a baby sleepsuit for the first few months, but just make a habit of getting changed the first thing, even if there’s no other need to change the clothing. 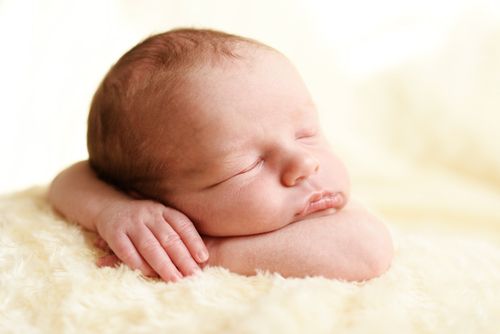 Your baby is used to sound. Unlike toddlers, children, and adults, noise is good for babies. It reminds them that people are there and they feel more comfortable. They’ll love the washing machine, the vacuum cleaner, and even people talking about them.

This is because of the time spent in the womb. Inside your body is not a quite place. There’s blood rushing everywhere and strange noises when there’s trapped wind or food digesting. Your baby could hear you talking and singing, even if you thought you were doing it all to yourself.

No noise is a strange—and frightening—concept. So, you need to have some white noise in the background. It’s important to get it going and consider keeping it going through the night.

That doesn’t mean you need to be up all night vacuuming the nursery! There are plenty of devices now that will play white noise throughout the night. Just keep it on a low setting and the rest of the house won’t be interrupted by the sounds.

You can even get some MP3 downloaded onto your phone and leave that nearby. Or record the sound of your hairdryer when you use it and play it back! You won’t want these on overnight—especially if you have one of those questionable Samsung Galaxy Note 7s—but you can have it playing while you soothe your baby to sleep. You can also create a similar sound by gently ‘shushing’ your baby while you pat or rock. 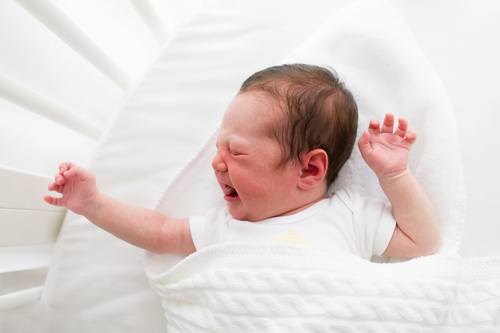 There is no time too early for a bedtime routine. Newborns need it and toddlers will still enjoy it. This is a wind-down time and tells them that it’s time to go to sleep. There’s not this sudden realization that they need to go to their beds.

Create the bedtime routine however you want, but make sure it is calming and peaceful. The idea is that it settles your baby after the excitement of the day and makes them sleepy. The best routines involve bath, bottle, and then bed. Some parents will do the bath and bottle the other way around.

If your baby falls asleep while feeding, encourage them to stay away. Falling asleep during the bottle is counterproductive. There’s a chance they won’t get enough milk to sustain them for the night. As they get older, they’ll find it easier to sleep through and wake up in the morning looking to finish off that bottle—well, have a new one, of course! They just think they’re finishing it off.

Don’t encourage playtime after the bath. When trying to get your newborn to sleep, keep your voice low and soothing. You can include a story time during the feeding after a bath. This is great if you have a toddler or older child who is already in a bedtime routine and has a story before sleeping. Your younger child will also get used to being read to and enjoy your company.

This routine can change as your child gets older. You’ll eventually find that your baby needs to cut out the night time bottle, so it goes from bath straight to bed. You may find that bathing every night doesn’t work, so you need to find another way to calm your child down.

Do what works for you, but definitely get into a routine. You’ll be thankful for it later. The more consistent routine you have, the better it will be for your little one. They’ll start to accept that this is the way it has to happen and that it is time to sleep.

Have Your Baby Awake But Drowsy 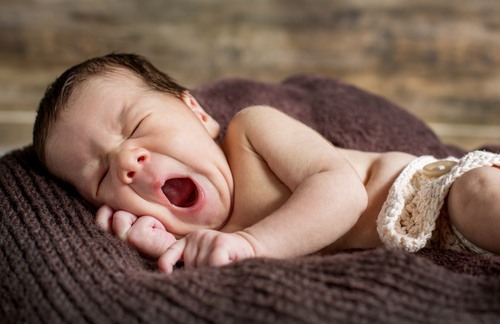 When you put your baby down in the cot, make sure they’re awake but drowsy. This doesn’t make it harder to get your baby to sleep. It will actually mean that your baby is able to sleep alone and will be able to put themselves to sleep on a night.

As newborns, your babies are used to having you there for everything. They have a comfort in you holding them, and they need it. As they get older, they don’t exactly need it, but they’re used to it. Around the four-month stage, they can start to feel anxious when you’re away. This can lead to them not sleeping well on a night.

If they fall asleep in your arms and you then put them down, they will wake up the next morning in a panic. They don’t understand where you’ve gone and then build an irrational but understandable fear. Even if you come to them within a few minutes of waking up, they’ll worry about the next time they fall asleep. Will you be gone again? How long will it take for you to come back the next time?

So, this ends up with them not getting to sleep properly on a night. They just can’t fall asleep knowing that there is a chance that you won’t be there for them.

Letting them fall asleep in your arms is also counterproductive for later in life. They don’t have the skills to be able to sleep alone.

When you put them down while drowsy, they learn that they can start to soothe themselves. They figure out the ways to put themselves to sleep and know that they don’t need you around ever single second of the day. But you need them to be drowsy to be able to do this. If they’re wide awake—regardless of the time—they’re not going to close their eyes. Just think what you’re like when you’re awake even though it’s time to sleep!

If your baby wakes in the night, they’ll find it easier to put themselves back to sleep. They may decide to play a little or have a little whine at first, but they’ll figure out how to go back to sleep when needed.

Give Your Baby Time to Go Back Down 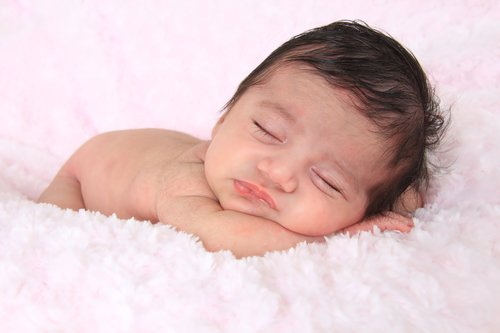 It’s instinctive for parents to go rushing into the bedroom when they hear their babies whimper and wake. The chances are that you’re actually making it harder for them to fall asleep and stay asleep easily on a night.

When you rush straight into the bedroom, you’re telling your baby that you will be there to comfort them. You tell them that they don’t need to learn the skills to go back to sleep. You end up with the same problem mentioned above: they don’t know what to do and need you to get in there and soothe them back to sleep.

If you give your baby time, they’ll figure out the skills and put themselves down. Some babies start crying in their sleep because they’re in that light stage of sleep. If you go in and get them, you wake them up, and it will be harder to sleep. Yes, that’s the opposite of what you think you will be doing. By leaving them, you allow them to get back into the right stage.

By all means, if your little one is wide awake and screaming the house down, it’s time to go in and help settle them to a drowsy state. Just don’t go rushing right in. Let them fuss and whine. Give them a chance to figure out how to soothe themselves first and then go right in there.

Now It’s Time to Get Your Baby to Sleep 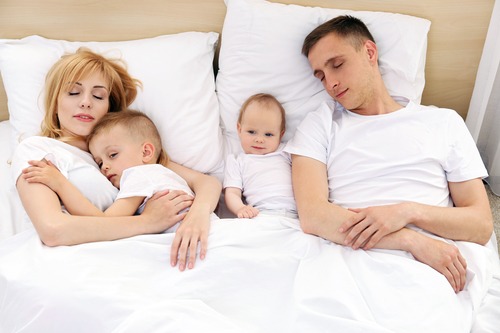 With the above five tips, you will be on your way to getting your baby to sleep on a night easily. You won’t need to deal with the constant tantrums and fights when it comes to night time. There’s no need to worry about the clock turning 6:00 PM, knowing that you’ll have a battle on your hands.

Routine is essential. Babies love them, even if you don’t as an adult. You may find it a little harder to set up your initial routine, but it soon becomes standard in the house. The odd day isn’t going to affect too much but stick to it as consistently as possible.

And don’t forget about teaching your child to self-soothe. It’s an important stage all children need to go through, and there’s never a time that’s “too young.” Enjoy your sleep when you get it!